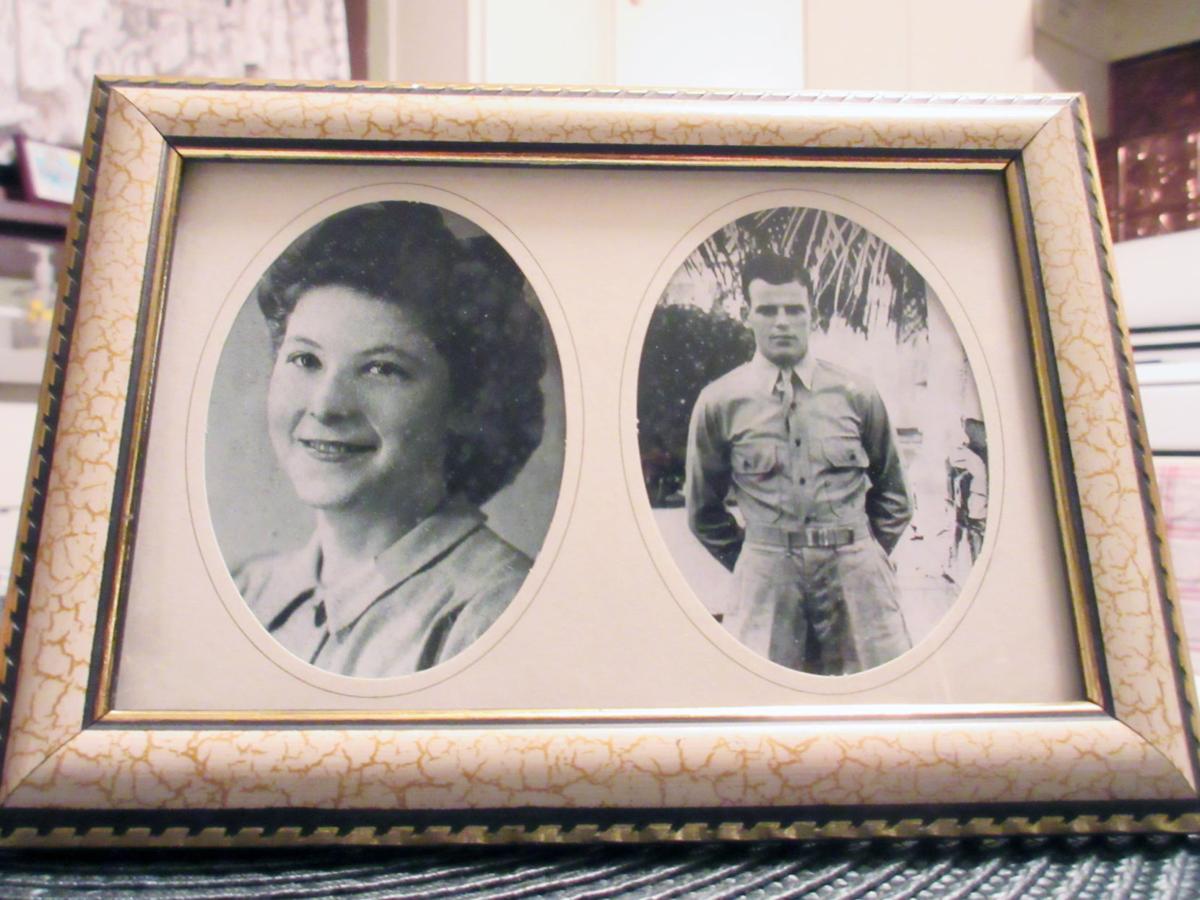 Gale and Oliver West were young sweethearts during World War II. Their love story began with letters they sent each other while he was stationed in Hawaii. 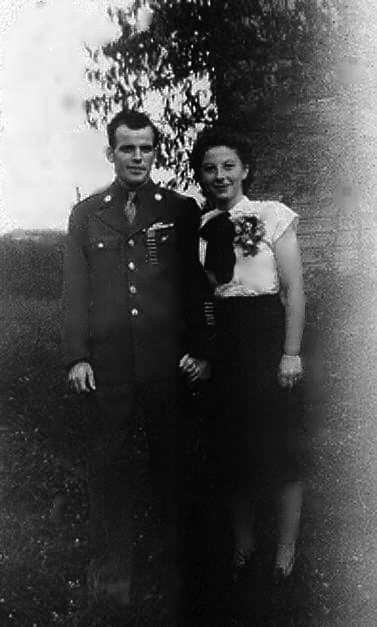 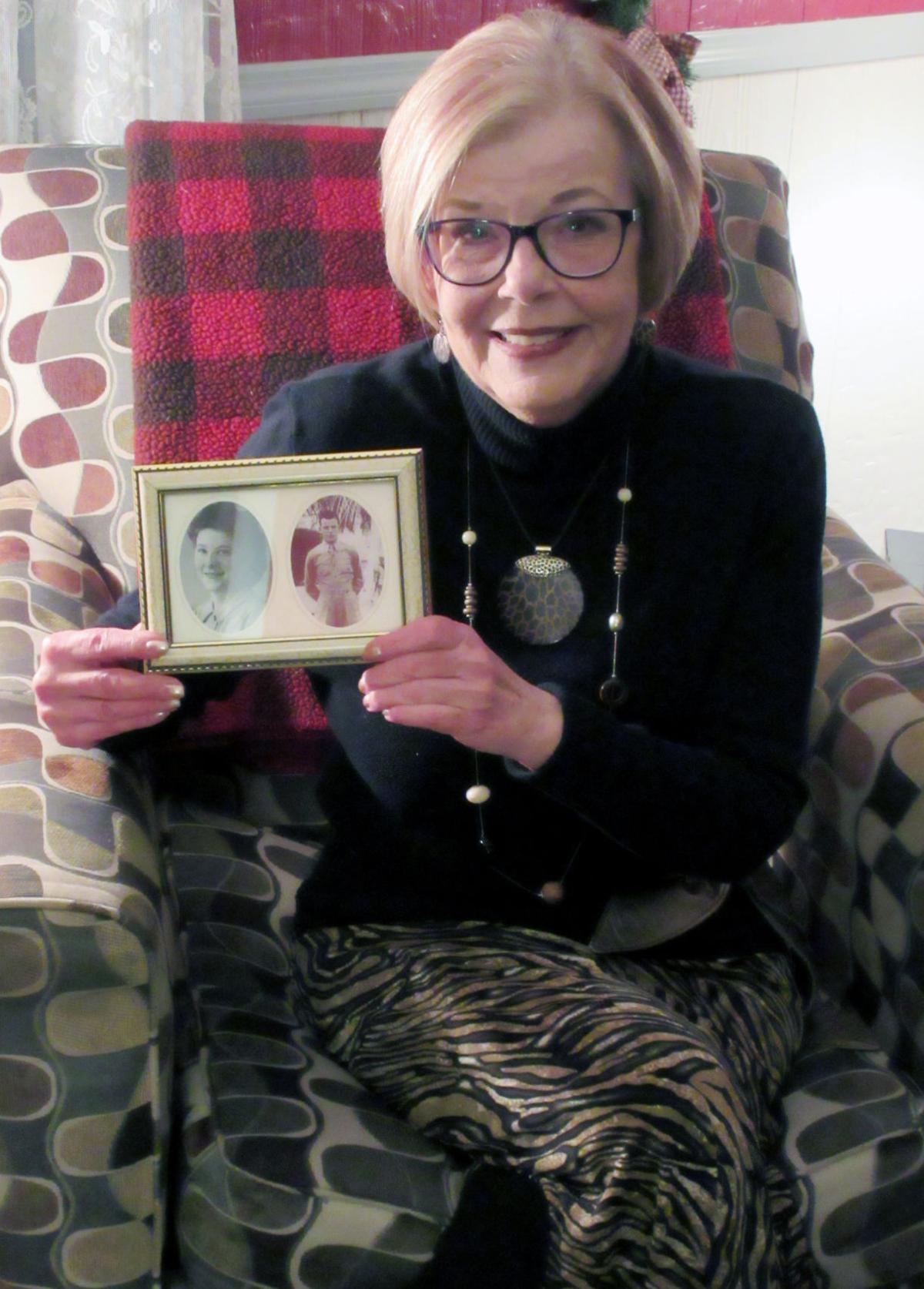 Barb West Moore holds a picture of her parents, Oliver and Gale West, who wrote love letters to each other during World War II. 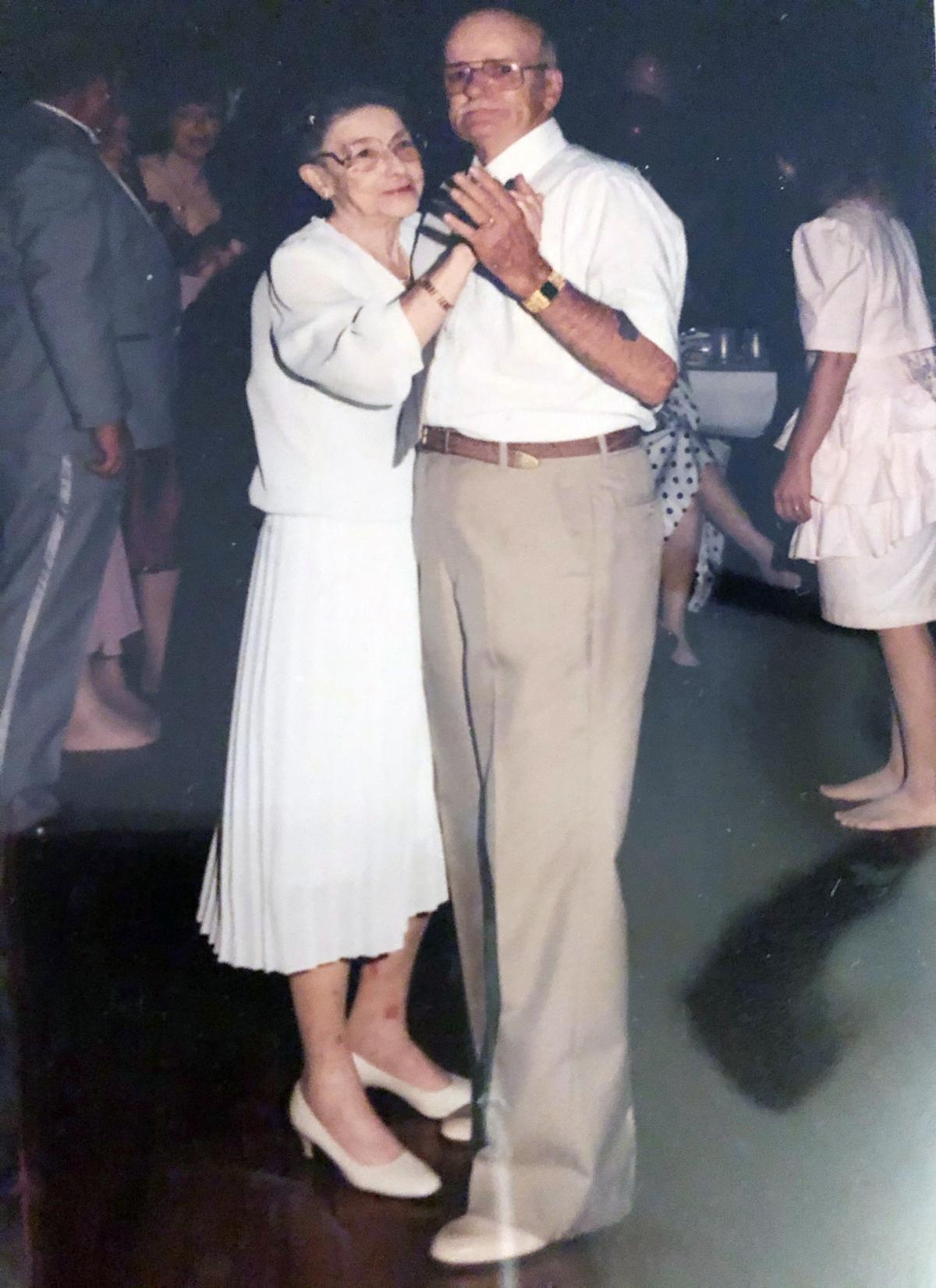 Gale and Oliver West enjoyed a dance together during a family wedding in the late 1980s. (Photo courtesy of Barb West Moore)

Gale and Oliver West were young sweethearts during World War II. Their love story began with letters they sent each other while he was stationed in Hawaii.

Barb West Moore holds a picture of her parents, Oliver and Gale West, who wrote love letters to each other during World War II.

Gale and Oliver West enjoyed a dance together during a family wedding in the late 1980s. (Photo courtesy of Barb West Moore)

It was 1942, when Oliver West’s mother put an ad in a Pittsburgh newspaper requesting folks write to her son, an Army soldier in the 25th Infantry Division who had survived the attack at Pearl Harbor.

Gale Gregg, a Daisytown teenager, was one of multiple girls who had written to Oliver, who lived in Perryopolis.

“One thing my dad always said was that a lot of women wrote to him, but my mom’s letters were the longest and the most interesting,” their daughter, Barb West Moore, said. “So he continued to write to her then, back and forth.”

Barb’s parents, Gale and Oliver West of Charleroi, had been pen pals for more than four years, while Oliver was stationed in Hawaii.

“In World War II, that was a time when people really cared about the servicemen, so a lot of people wrote to them,” Barb said.

Gale sent a photo of herself in a letter, and Oliver sent one of himself to her.

“My dad carried that photo of my mom with him, on his person, through the four-and-a-half years he was in the service,” Barb said.

“He always used to say that there are no strangers in this world, only friends you haven’t met yet,” Barb said.

Gale was more than a friend he hadn’t met yet. In fact, she got to meet his Fayette County family before she got to meet him. Gale went with his family to the Pittsburgh train station to greet Oliver the day he returned home Aug. 9, 1945. Nine days later, they were married.

“I don’t know what was in those letters, but they knew when he stepped off the train that they were getting married,” Barb said.

Some of her parents’ family members didn’t think the marriage was a good idea – that it wouldn’t last, Barb said. Gale and Oliver proved them wrong. Their love that withstood a war went on to carry them through a 48-year marriage, conquering a long-term illness and even death.

Oliver went to work in the steel mill, and Gale was a stay-at-home mother, raising their five children, Barb being the youngest.

“They lived the typical blue-collar life,” Barb said. “You never saw lovey-dovey all the time, but you’d see the way they’d look at each other. You saw the love. It was a great life growing up.”

True life companions, Oliver and Gale did everything together, especially traveling for veteran events and reunions with his 25th Infantry comrades. They returned to Hawaii for the 40th anniversary of the attack on Pearl Harbor.

They hoped to make it to their 50th wedding anniversary, but in 1983, Gale became sick at 60 years old. She was very ill for 10 years, and two of those years she was bed-ridden. Oliver was at her side the whole time, Barb said.

“My mother was the most loving human being,” Barb said. “We were taught as kids that you never leave without a hug or without saying ‘I love you.’ I still do that.”

In 1993, at age 70, Gale died. They had been married 48 years, so he bought 48 yellow roses for her casket. A heartbroken Oliver could no longer live in their riverside house.

“He never left the kitchen,” Barb said. “He didn’t want to go in the rooms where my mom had been.”

Oliver died in 2006. Though they’re both gone now, Oliver and Gale’s children are carrying on their love, each of them working toward their own 50th wedding anniversary.

Barb and her husband, Chuck Moore, of Charleroi, have passed their 40th wedding anniversary; so did her two brothers, Oliver West Jr. and his wife, Vicki, of Dawson, and Gregg and Sharon West, of Monongahela.

“We’re all pushing for that 50 mark that mom and dad wanted,” Barb said. “I think we’ve all stayed together because we believe love’s a commitment and marriage is forever.”

Every Christmas, they all gather at Barb’s Charleroi home – the house in which their parents raised them, which sits along the Monongahela River.

“We feel their love and presence here,” Barb said.