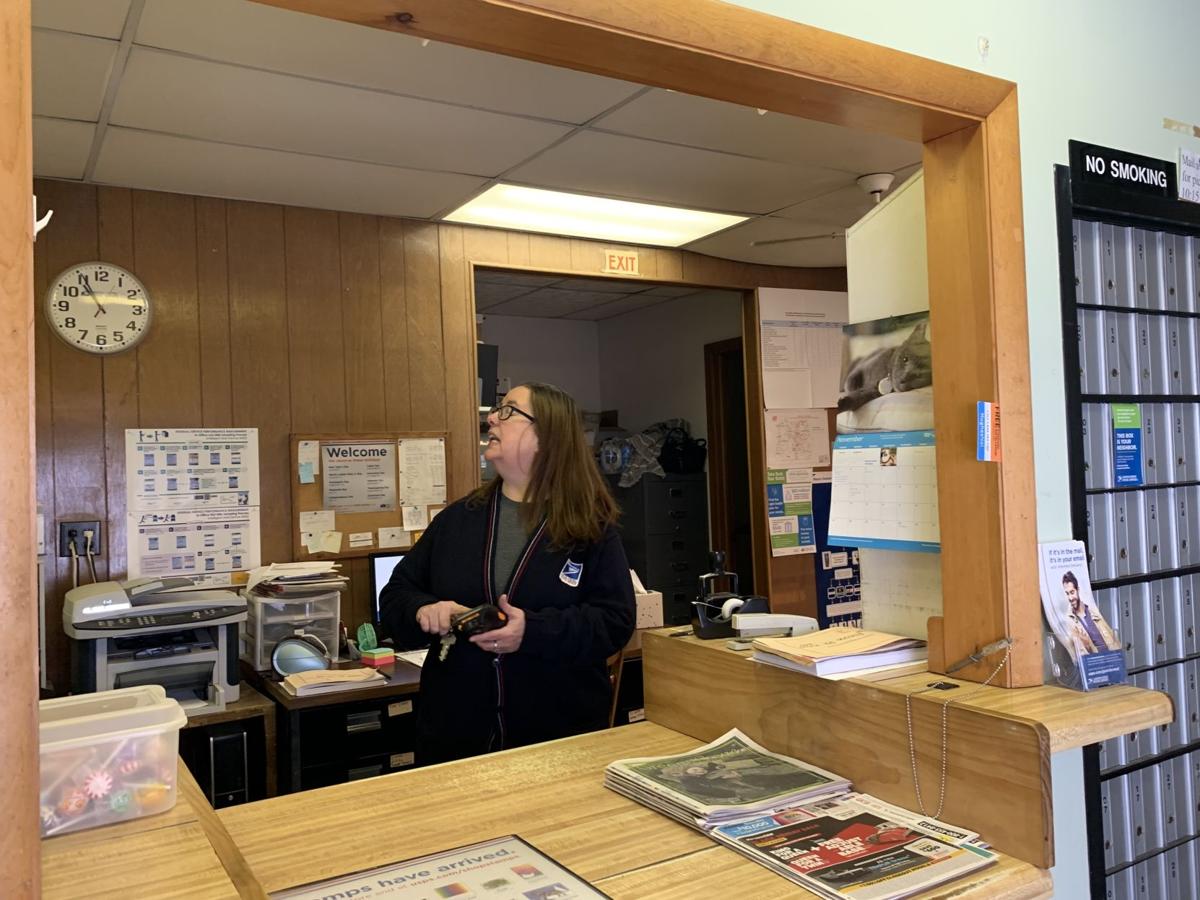 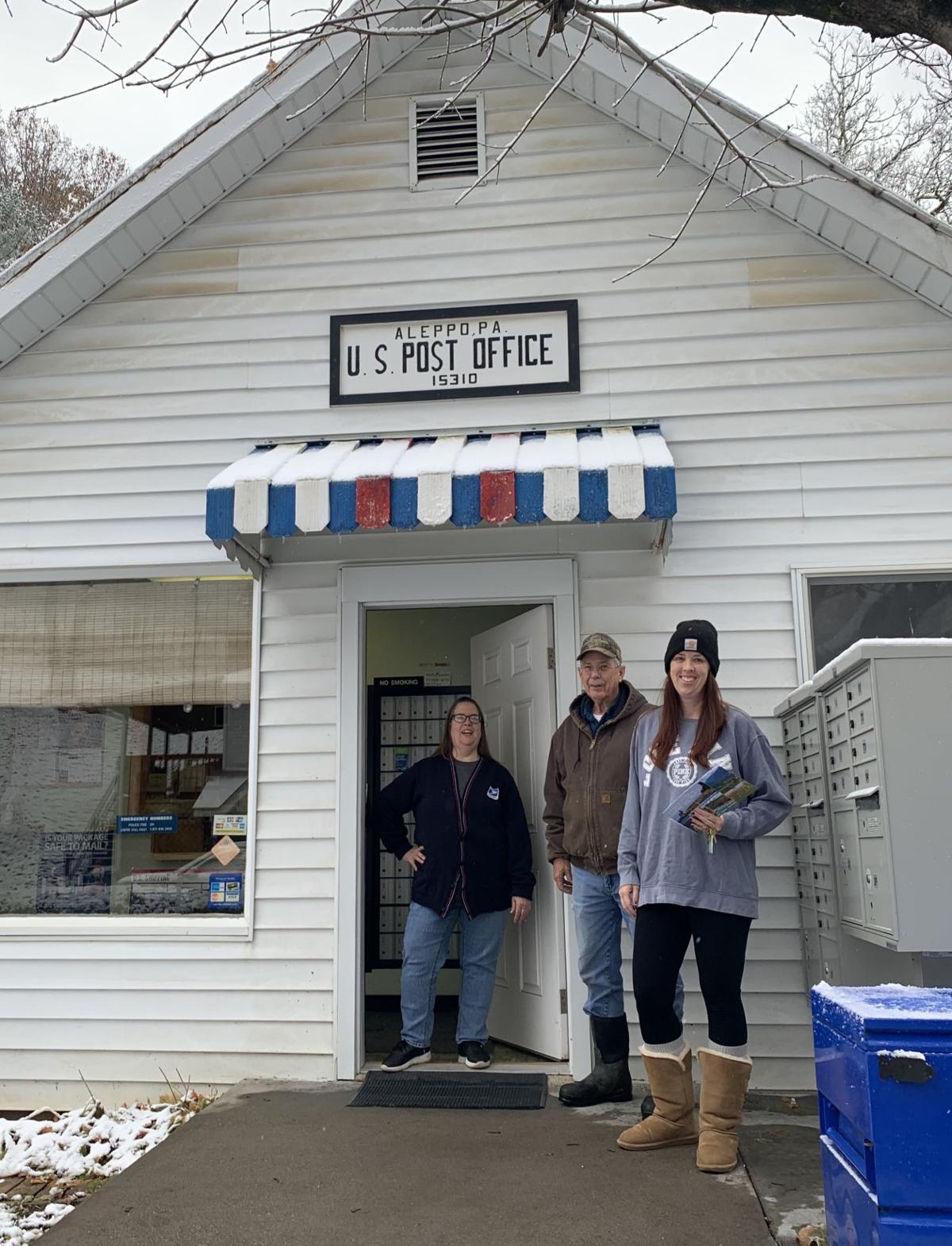 Following the trail of the 104 post offices that were once scattered across the townships and terrains of Greene County is the best tourist map you can imagine.

It will take you on beautiful country roads with names of places where mail was once delivered and scenic drives to the 23 remaining post offices where folks still gather to get their mail, send parcels, pay their bills and taxes, swap stories and catch up on the news as they have for more than 200 years.

As the paper backup ballot disappears into its slot and my fingers poise to tap my choices onto the computer screen on Nov. 8, find myself thinking how vital it was to have postal services when America was having its first election and results came in on horseback – if they were lucky.

As I cast my vote, I know that when the polls close at 8 p.m., the results will be driven to Waynesburg and tallied at the speed of light for this off-year election. If I stay up for the late-night news, I’ll learn who won and who lost, from Greene County to every political corner of America.

Compare that to the first contested presidential election of 1796 that took more than a month to declare, and Greene County’s votes ended up not being counted at all.

Historian G. Wayne Smith tells us, “in all likelihood, the lack of a post office deprived Greene County voters the opportunity to participate in the first contested presidential election in American history.”

Greene County landowners certainly had a legitimate bone to pick with the powers that be in Philadelphia when they went to the polls in 1796. Their newly minted county had no post office and no proper roads – only muddy trails made worse by winter weather. Still, they turned out to vote.

First President George Washington had managed to make these first settlers furiously anti-Federalist when he sent in troops to crush the Whisky Rebellion of 1794.

Local leaders like Baptist minister John Corbly of Garards Fort, who protested a federal tax on whiskey that could only be paid in cash on the cash strapped frontier, were arrested and marched in brutal weather to Philadelphia for trial. Although charges of treason against the United States were dropped or commuted for all rebels, this muddy corner of the Commonwealth did not forget.

On Nov. 4, Greene County voted overwhelmingly for Thomas Jefferson over Washington’s vice president John Adams. County votes had two weeks to be delivered by horseback to Greensburg, where they would be sent by mail to Philadelphia to be opened, then on to Harrisburg to be converted into electoral votes and counted by Congress in mid-December.

Governor Mifflin extended the due date, but still no votes from Greene County. Unkind legend had it that there were too many tavern stops along the way for those who delivered the votes to Greensburg. Dark rumor on the frontier had it that Federalist leaning postal workers in Greensburg sent the ballots to Pittsburgh instead of Philadelphia.

But whatever the reason, Greene County’s 244 votes for Jefferson, 44 for Adams didn’t make the deadline. When all states submitted their results, Adams became our second president by a razor-thin margin of two electoral votes. Had Greene County votes been counted, it would have been one.

Congress made amends and established a postal route from Washington to Waynesburg in 1800, just in time for the next presidential election. Land owning male voters saddled up and headed to the polls, Thomas Jefferson became the third President of the United States, Greene County celebrated, Jefferson Township got its name and in 1805 it too got a post office.

For the next few decades, as federal postal routes expanded, mail was delivered countywide, usually to an existing generals store in villages that had formed around forts, from Greensboro in 1812, Clarksville in 1815 to Carmichaels, Mount Morris and Graysville in 1822.

The map in G. Wayne Smith’s book “Post Offices of Greene County” shows every spot where mail has been delivered since 1800. When I interviewed Smith in 2009, he told me it was the adventure of a lifetime to track them down.

I thought I’d do a little tracking myself when I learned the Aleppo Post Office turned 150 and celebrated its sesquicentennial on Dec. 20.

According to Smith, 1869 was a bit of a watershed moment – the Civil War was over, and Greene County was growing. That year Holbrook and Aleppo got post offices that are with us today. Later, when the postal department decided that mail should be within easy walking distance of most residents, even more popped up in general stores and private homes.

Aleppo Township got four more, in Big Tree 1869-1904, McCracken 1888-1918, Higbee 1890-1911 and Moreford 1891-94, 1901-08. Those names are still on the county map you can get at the Greene County Tourism Office in Waynesburg, and finding them makes for a fine tour of this beautiful, hilly township that was the last hunting ground to be settled in pre-Revolutionary times.

When Harrison S. Parry applied for the township’s first post office in 1869, there were 55 residents in the village of Bridgeport, and 175 people lived within two miles. Parry became the first postmaster, and his office was said to have been in a wooden building about a mile out of town near Stahl Road. The village would be called Aleppo when the post office moved to the general store and brought its name with it.

Postmasters, in many cases, changed with the political party that was in power, perhaps a nod to that first election.

Later, storeowners became keepers of the mail, along with everything else a rural community needed to come to town for. Storeowner Nellie Taylor who became postmaster in 1948, moved the post office to her home a few doors down from the store in 1966 when she became Mrs. Monniger. There it remained until 1973 when the old blacksmith shop next door was remodeled and became Aleppo Post Office.

There it sits today, with a flagpole, a drop off box and a row of mailboxes outside for those who get their mail at their convenience.

Things in Aleppo haven’t changed much since Smith was there in 1999 to report that the mail carrier, David Ferrell, was from the Cameron, W.V., post office, and he delivered to about 150 boxes in Aleppo.

The old store that the Jordon family ran until 2017 is a private residence now, so the post office is the center of community get-togethers from 9 a.m. to 11 a.m. Monday through Saturday.

There’s a photo of what Aleppo looked like in the early days of the 20th century on the wall, and the interior still has that old-time post office décor that is worth a visit in itself. The mail carrier is still from West Virginia. Larry Ashby does his Cameron route first before stopping by Aleppo around noon to let himself in, load up and deliver to about 130 boxes.

When I return to Aleppo on a recent snowy morning to wrap up this story and get a photo, postmaster Teri Jordan grins as she tells me she has her own bone to pick with that book.

“I’ve been postmaster since 1992, but I’m not listed. He put my boss Gregg Garland’s picture in instead.”

Fayette Commissioners recently voted to designate the county a 2nd Amendment Sanctuary. Do you think that was a good idea?