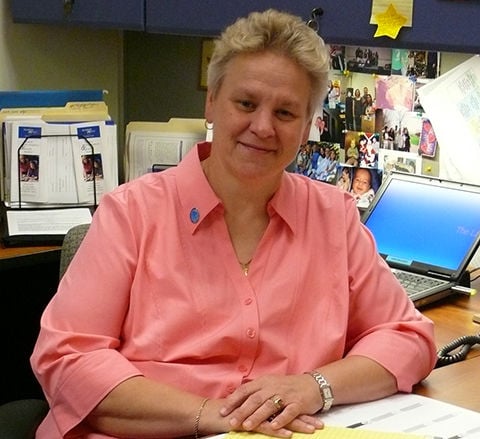 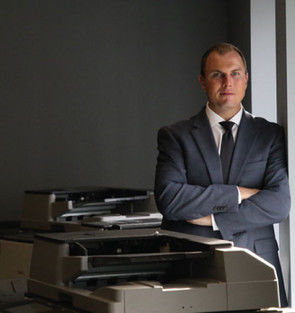 The Advisory Board of Penn State Fayette, The Eberly Campus named Jonathan Garlow and JoAnn Jankoski, respectively, as recipients of the Outstanding Alumnus and Outstanding Fellow awards.

Garlow is the president and CEO of Ford Business Machines, a technology solutions company founded with a customer centric focus. He holds a bachelor’s degree in architectural engineering from Penn State. His forward-thinking concepts have led to Ford’s expansion throughout western Pennsylvania and northern West Virginia, with future goals of expansion into eastern Ohio.

“Penn State Fayette gave me the foundation to be able to grow our business and the ability to give back to our local community,” said Garlow. “The opportunities that Penn State Fayette provides to our future leaders will help solidify a bright tomorrow for the area.”

Garlow and his wife Kelli love the outdoors and beauty of the Laurel Highlands area. He is passionate about supporting his local community and believes that its success, both economically and socially, is driven by the philanthropic involvement of community business leaders.

He is an Eagle Scout and member of the Westmoreland Fayette Council of the Boy Scouts of America, Rotary Club, YMCA Board, Fay-Penn Economic Development Council, Challenge Program Board and Redevelopment Authority of Fayette County. In 2015, he received the Herman Buck Award for volunteerism and services rendered outside of the profession.

Jankoski, known affectionately as “Dr. Jo” on campus, earned a bachelor of science degree in social work and a master’s degree in community mental health at California University of Pennsylvania.

She served the Uniontown community for 15 years at Chestnut Ridge Counseling Services before accepting a position as clinical director of children and family services at Fayette County Behavioral Health. She received her second master’s degree, in clinical social work, from West Virginia University, and a doctorate degree in counselor education and supervision from Duquesne University.

Jankoski taught at Alfred University in New York before accepting an instructor appointment and, later, a tenure-track position at Penn State Fayette. She is currently an associate professor of human development and family studies.

“I am honored, grateful and blessed to be a recipient of this award,” she said.

Established in 1985, the Outstanding Fellow award honors a community leader whose support of the campus had been so exemplary as to warrant special recognition. In lieu of an honorary degree, this award is the highest honor the campus bestows.

On campus, Jankoski is the faculty exit interview officer; the ombudsperson; the faculty athletic representative for the Pennsylvania State University Athletic Conference; and a member of the Behavioral Threat Management team, the New Student Orientation team, the Coalition of Equity, the Inclusion, Diversity and Equity Alliance (IDEA) team, and the Student Athletes Graduating and Excelling (SAGE) program. She is also a member of Coalition Building in Underserved Communities in PA, a Penn State research group funded by a grant through the Consortium to Combat Substance Abuse.