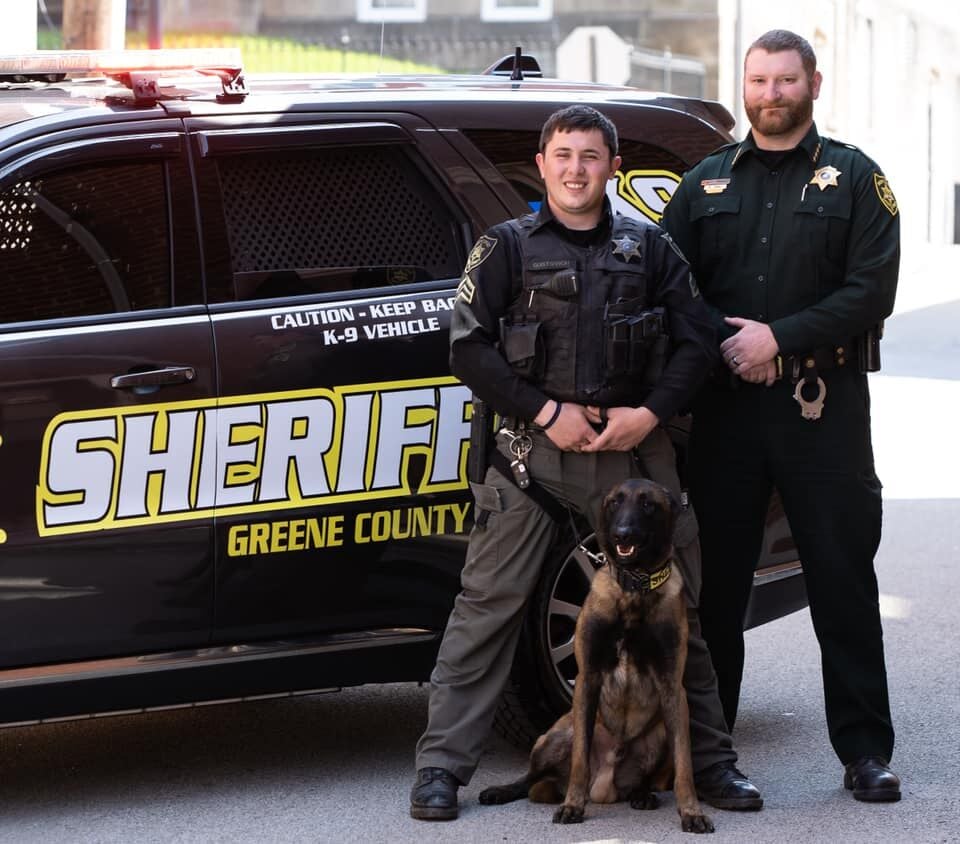 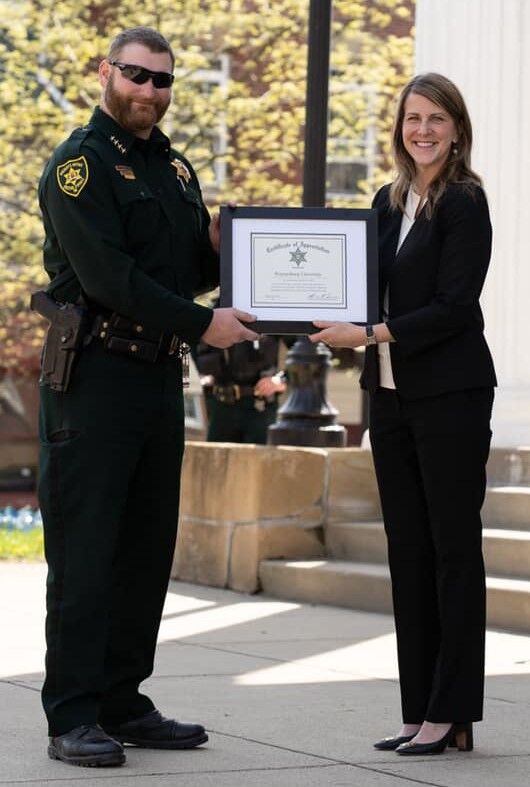 The Greene County sheriff’s office now has a new K-9 officer on duty as well as a new K-9 vehicle.

Cpl. Nicholas Gustovich of the sheriff’s office will become the K-9 handler. He underwent training in Pittsburgh for five days a week for 12 weeks at the Pittsburgh Police K-9 Academy.

“Cpl. Gustovich has a dedication and passion to the K-9 program and showed that through devoting the past three months to training in Pittsburgh,” Simms said.

Simms said Maugli will be used at county facilities, local schools, Waynesburg University and businesses that may have concerns, and will also assist other law enforcement in the county.

Throughout the region, the team will also respond to bomb threats or other high profile events that require searching, he said.

While state funding paid for the necessary equipment for Gustovich and Maugli, it did not cover the cost of an upfitted vehicle. Recognizing the financial crisis facing the county, Simms said he sought out additional funding.

Simms said Waynesburg University President Doug Lee “graciously moved” the request through his board, which paid the full amount of the K-9 vehicle.

“Without the generous donations from Waynesburg University and from Region 13 (a PEMA area that includes Greene County), the sheriff’s office could have never obtained this $65,000 asset,” he said.

Stacey Brodak, Waynesburg University’s vice president of institutional advancement and university relations, said the university has long been a supporter of its community and values its relationship with the sheriff’s office.

“They are instrumental in keeping our county’s residents and our Waynesburg University community safe,” she said. “We are honored provide a resource for them that enhances their work, and we appreciate their service to Greene County.”

“Without the collaboration of all of these agencies, we never would have achieved this goal,” he said. “I cannot thank everyone enough for their help and support in getting through this process. Through working together with these different agencies and the university, the sheriff’s office can better serve and protect the citizens of Greene County.