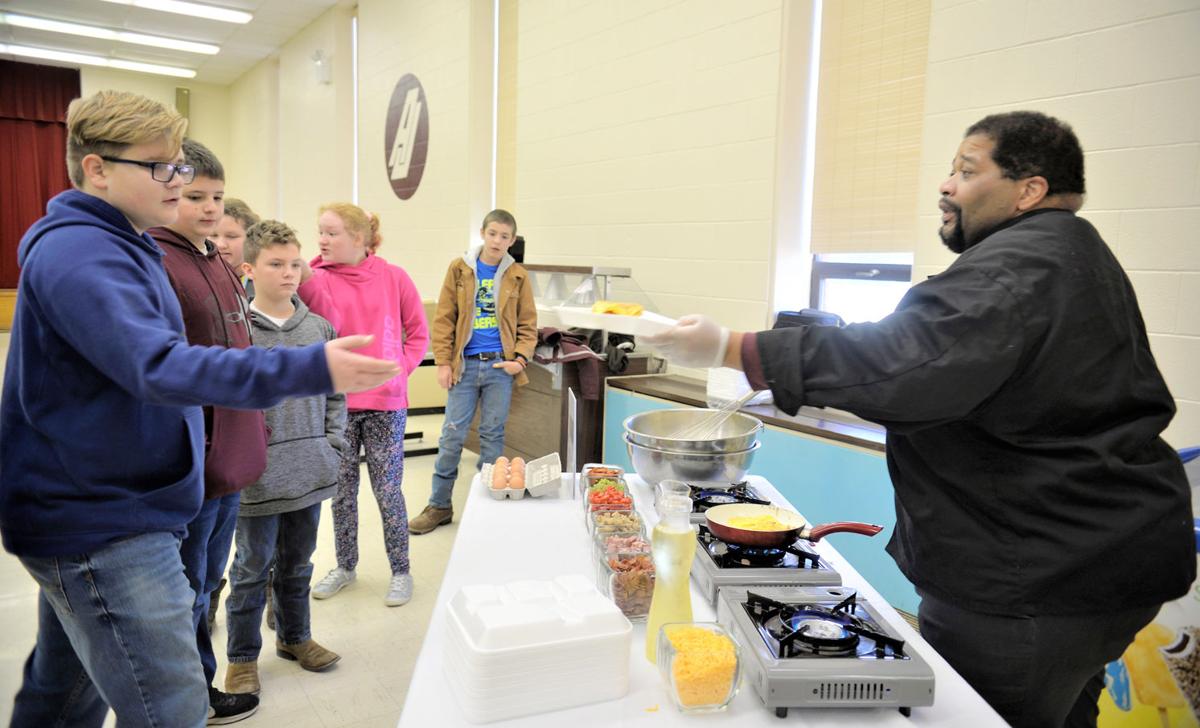 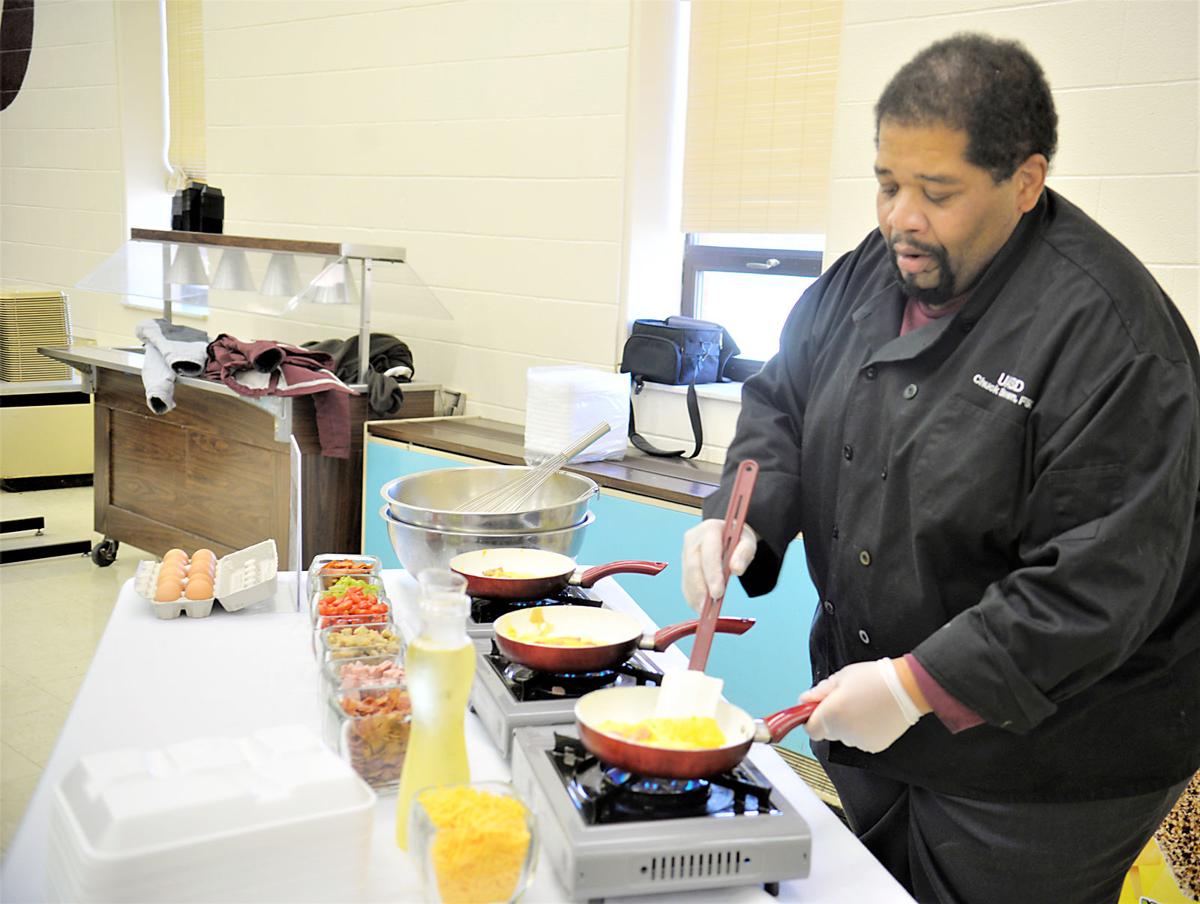 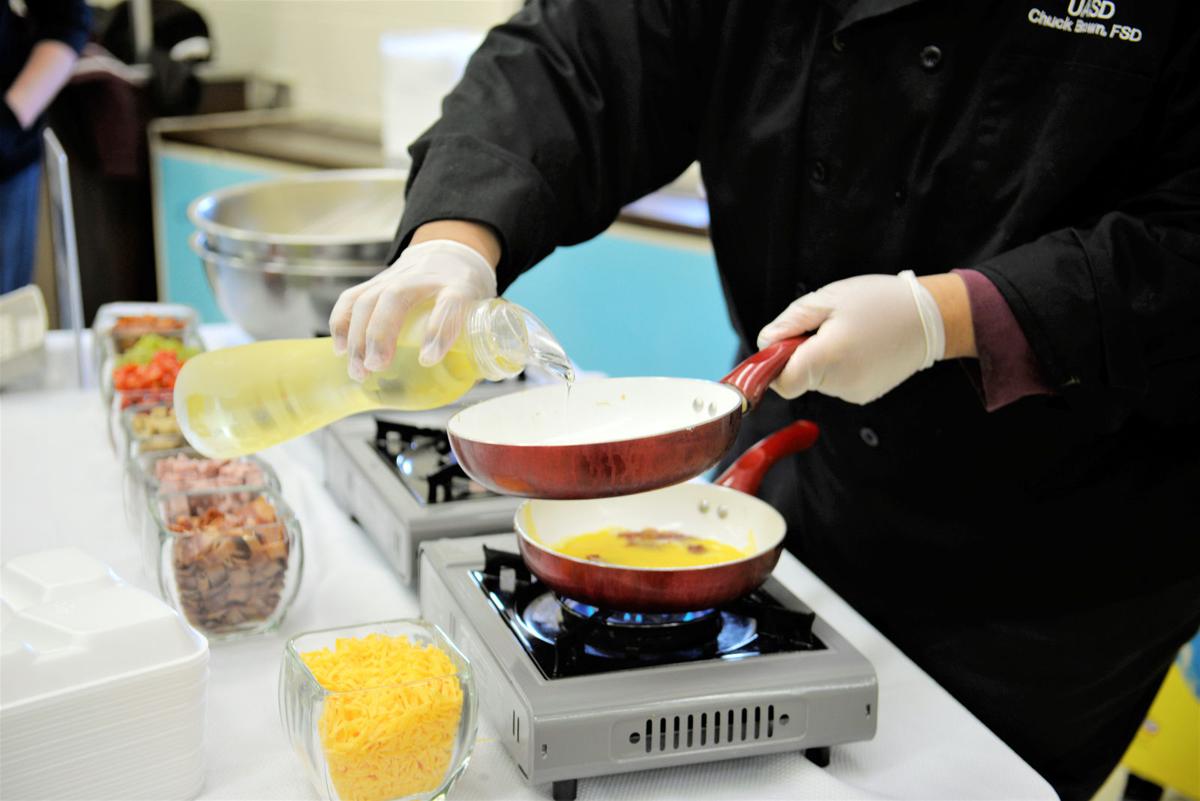 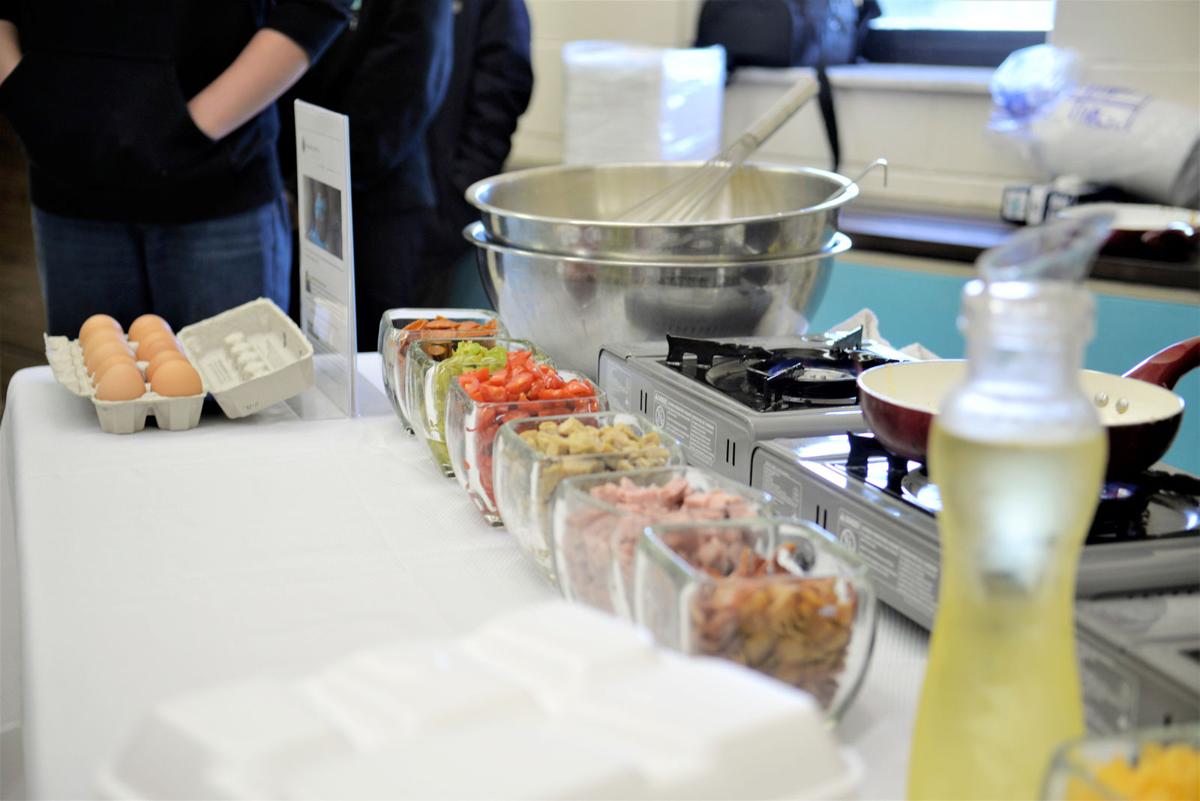 Eggs from Redrange Farm in New Salem sit beside other ingredients at an omelet bar at A.J. McMullen Middle School, which is held monthly to encourage students to participate in school breakfast. 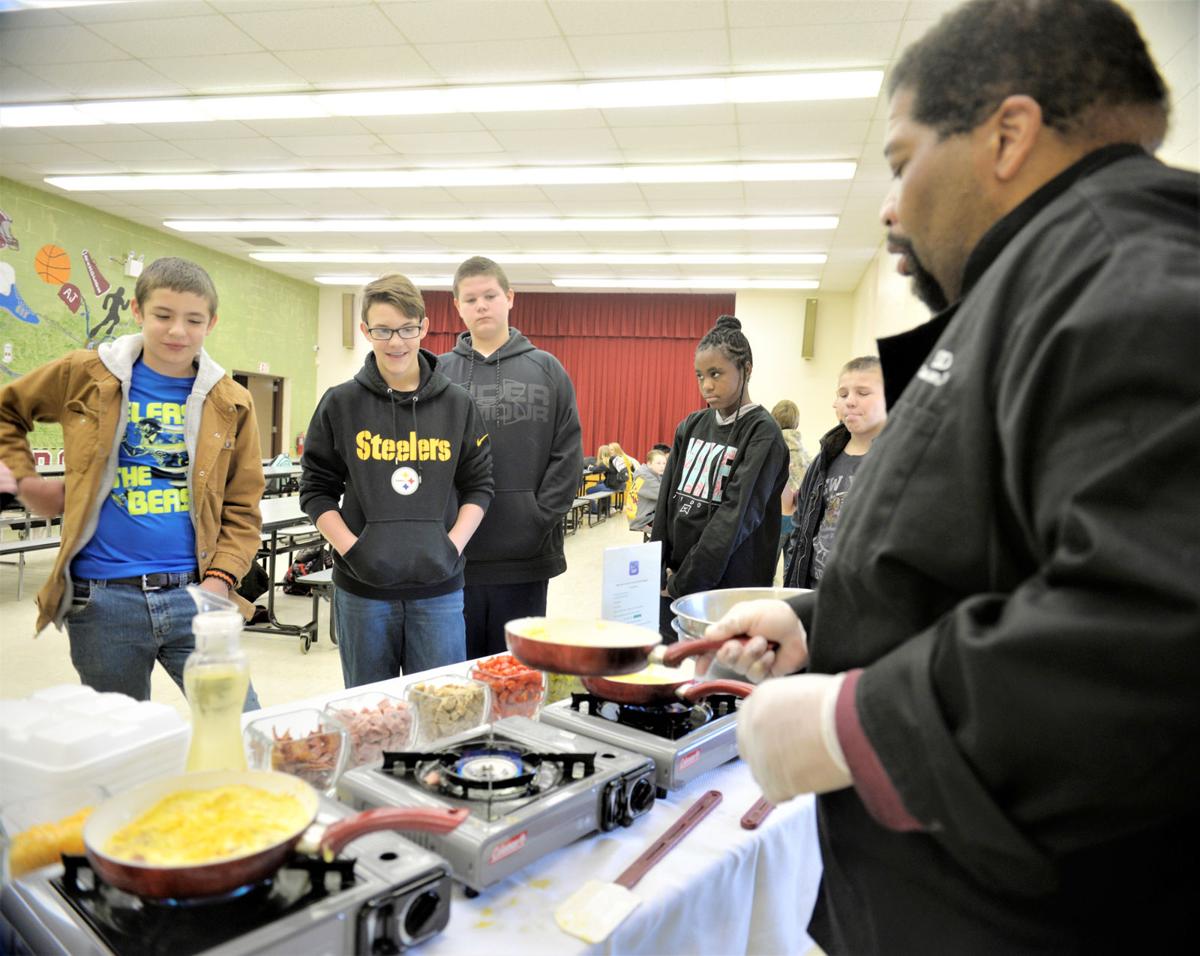 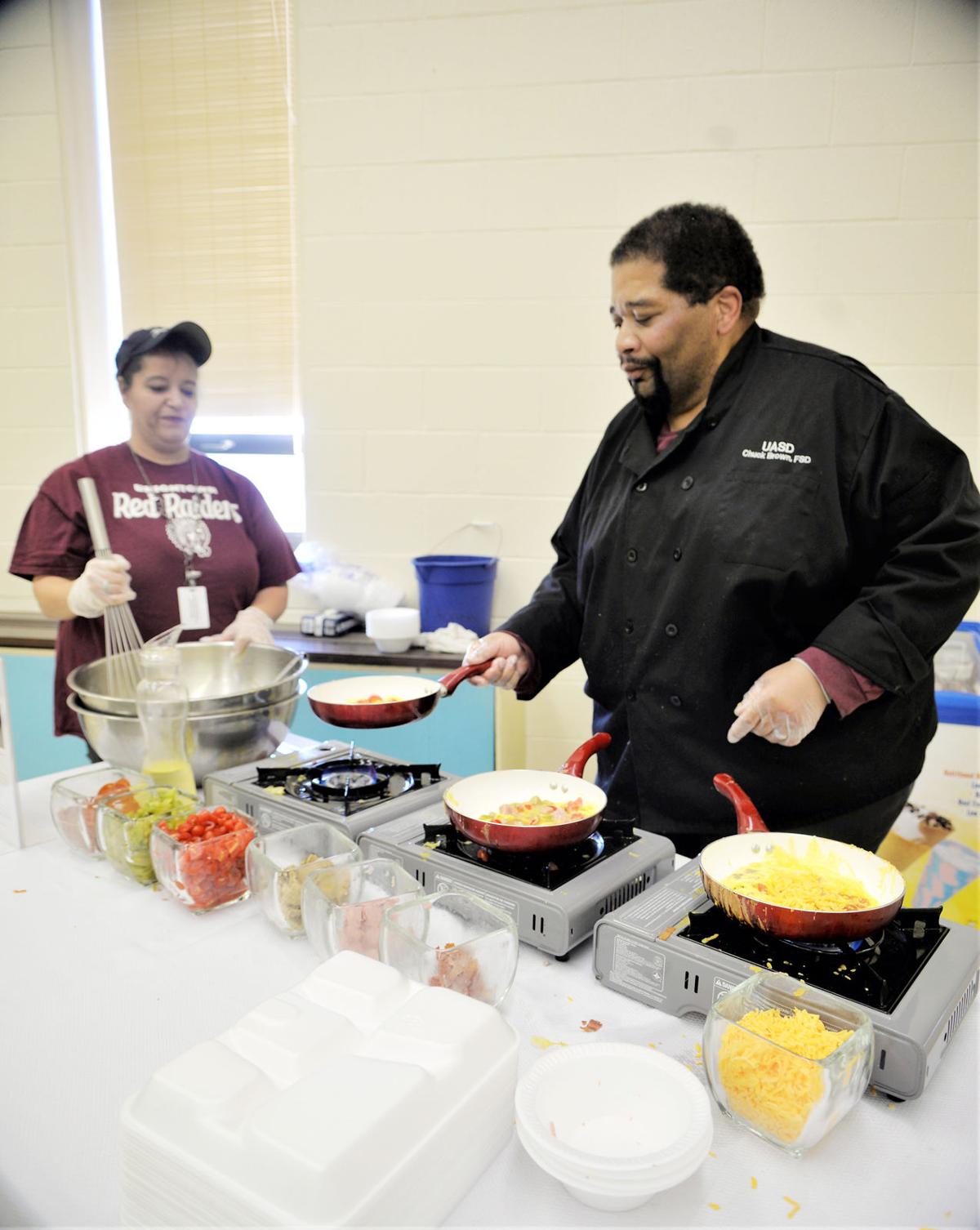 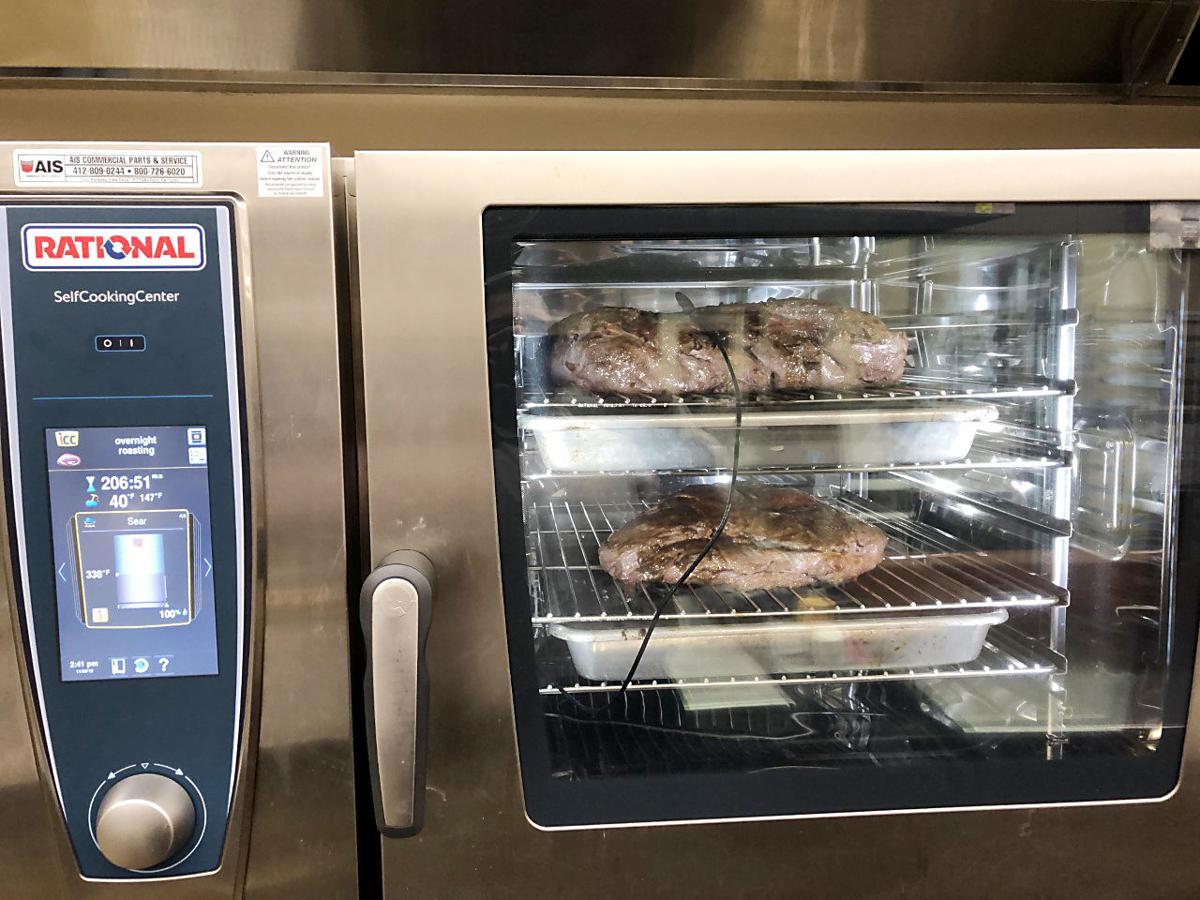 Eggs from Redrange Farm in New Salem sit beside other ingredients at an omelet bar at A.J. McMullen Middle School, which is held monthly to encourage students to participate in school breakfast.

Two food service programs new to cafeterias in the Uniontown Area School District this year are providing students with fuel for the classroom and beyond.

In an effort to engage more students in healthy eating habits and prepare them to take on the day, the district introduced two programs at the start of the school year that include partnering with an area farm to offer fresh, locally-sourced foods.

In addition to providing regular breakfast options, the district has begun offering a monthly omelet bar at Uniontown Area High School and A.J. McMullen Middle School as part of a farm-to-table program featuring local, nutrient-rich eggs, made-to-order and cooked directly in front of the students.

Uniontown, which has self-managed its food service program since 2017, recently teamed with Redrange Farm, located in New Salem, to participate in the national Farm to School Program.

Rogers Clawson, who owns Redrange with his wife, Lorraine, said he noticed a lack of understanding from students about where their food comes from when he would visit schools to give presentations as a ranger for the Pennsylvania Department of Natural Resources.

“Often, students didn’t understand where their food came from. They don’t understand what their food even is,” said Clawson. “To them, food is something that comes out of the refrigerator. There’s a complete disconnect between food on a plate and where it’s coming from.”

By offering an omelet bar with local ingredients, he said, students can get a better idea of where the food originates and how it gets to their plates.

“It’s cool that (Uniontown food service director Chuck Brown) is cooking in front of the kids and letting them see it,” said Clawson.

According to Brown, the Farm to School Program is one he has wanted to incorporate since stepping into the position more than two years ago. Finding a cost balance between sourcing local foods and maintaining federal commodity entitlements is key, he said.

“We’re able to get fresh non-processed product and support the local economy, as well,” said Brown.

Clawson said Redrange, which also partners with the California Area School District for the Farm to School Program, is aware of the importance of pricing to the districts and tries to work with them to meet their needs.

Brown said A.J. McMullen was selected to host omelet bar days due to the school’s low breakfast participation rate, which has seen improvement this year.

“It’s a struggle to get kids eating breakfast,” said Brown, noting that on a normal day, 15 to 20 students eat breakfast in the A.J. McMullen cafeteria. “On omelet day, that number more than doubles.”

Another program introduced at Uniontown Area High School this year originated 40 miles away.

Game Day Meals, a program geared towards health and wellness with a focus on performance-based foods, was unveiled at certain southwestern Pennsylvania schools, including Uniontown, this year after being developed by officials at Mt. Lebanon School District, who enlisted the help of University of Pittsburgh dietitians and dining services personnel.

Served each Friday of the school year, a game day meal offers a diet high in protein and low in carbohydrates, with whole grains and fresh fruits and vegetables — a meal option for “peak performance,” said Brown.

“It was named for football being played on Fridays, but it’s really for everybody. Feed the body well, fuel the body well, you can perform better on the field, in the classroom, everywhere,” said Brown.

Brown said the meals, which contain as little processed food as possible, include entrees like barbecue chicken grilled cheese sandwiches, Korean beef over rice and roasted vegetables, Philly cheesesteak, grilled chicken sandwiches and pork or fish street tacos. The program provides Uniontown the flexibility to create its own menu, as well.

“Lunch on Friday is quite possibly the last meal that a kid is going to have for the weekend, so why not make it a good one,” said Brown.