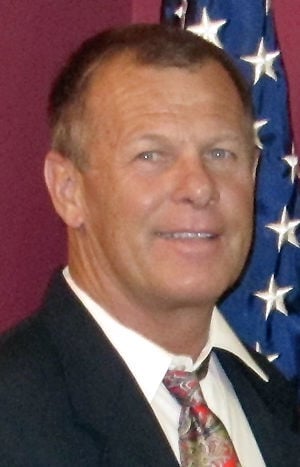 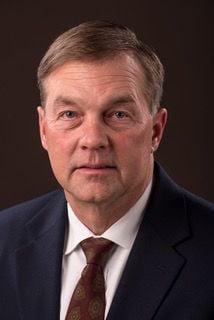 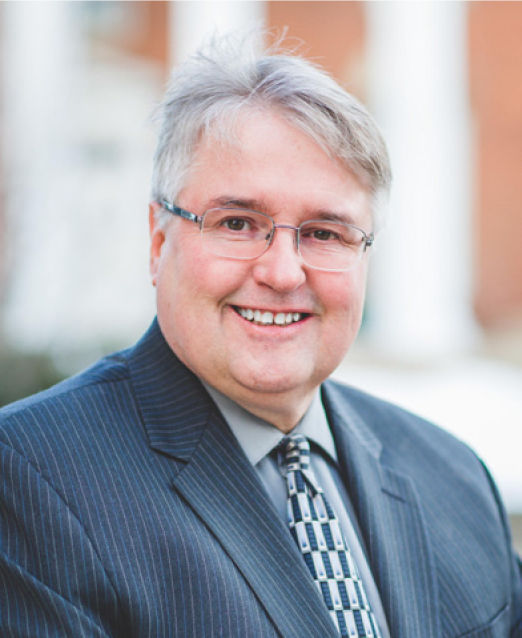 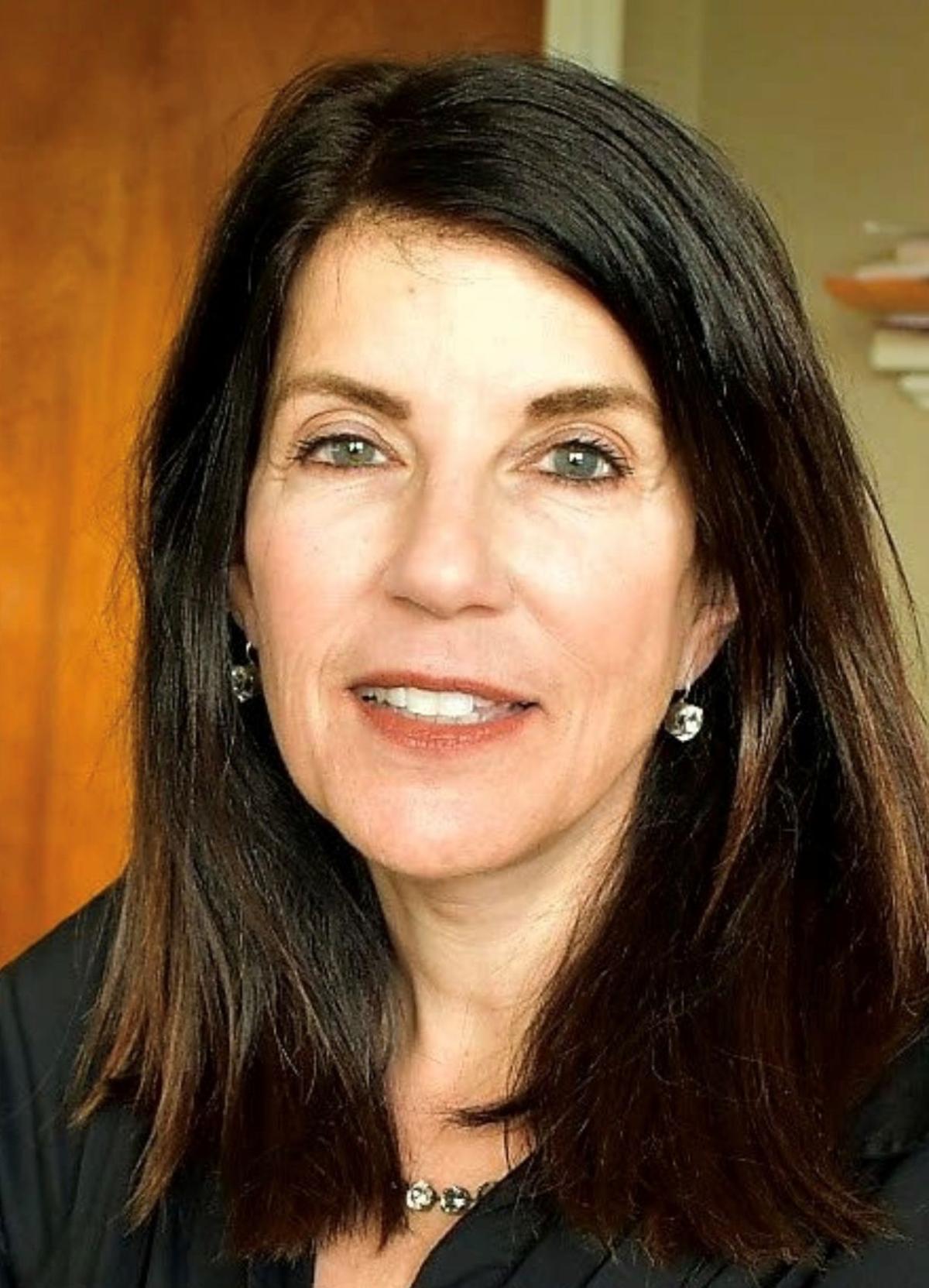 Voters have two Democratic incumbents and two Republican challengers to choose from in the race for Greene County commissioner.

Zimmerman, a commissioner since 2012, is the current chairman of the board. Zimmerman was mayor of Waynesburg prior to becoming commissioner and was a mine worker for more than 40 years.

Coder previously served as commissioner from 1996 to 2010 before getting elected commissioner again in 2015. He served as state Rep. Pam Snyder’s chief of staff in her first term and was previously deputy district director for U.S. Rep. Mark Critz, D-Johnstown.

Belding served nearly 27 years in the U.S. Marine Corps as an aviation officer, pilot, strategic planner and analyst, retiring as a colonel in 2012.

Rohanna McClure is a nurse and member of both the Franklin Township Planning Commission and the newly formed Farm Bureau Women’s Group for Greene County. She made unsuccessful bids for state representative for the 50th District in 2016 and 2018.

Voters may choose up to two candidates. The top three vote-getters will comprise the next board of commissioners.

A Greene County native, Belding moved back to the county in 2012 and said he saw “dysfunction in the county staff and ineffectiveness in the programs that they were putting forward” while serving on the county Industrial Development Authority board and becoming familiar with other county programs.

Belding said that county government has lacked transparency and supports livestreaming commissioners meetings on the internet and moving them from 10 a.m. to the evening.

“You won’t have a closed group of people making decisions because it’ll be more open to the public,” Belding said. “It’ll lead to increased effectiveness and efficiency.”

Belding lamented the county’s long-term population decline and touted the importance of finding new “economic drivers” besides coal and natural gas that can entice the county’s children who graduate from high school and go to college to return.

Belding said that the Greene County Opioid Overdose Task Force, chaired by the commissioners and facilitated in part by the Program Evaluation and Research Unit of the University of Pittsburgh’s School of Pharmacy, has not adequately focused on preventing addiction or responding to it.

The task force was started by the commissioners in January 2018 as a means to combat the epidemic. It’s made up of representatives from businesses, nonprofits, human services departments, law enforcement, medical agencies, churches, school districts and other county offices.

“(I)t would be more effective to prevent use than it ever (would be) on the treatment end,” Belding said.

Coder said he prioritizes economic development and job creation, noting the Oct. 21 announcement that Longview Power LLC, based in Maidsville, West Virginia, is in the developmental phase of constructing a 70-megawatt utility grade solar field consisting of an estimated 185,000 solar panels both in Dunkard Township and on the other side of the Monongahela River in West Virginia.

Coder recalled that the commissioners in June approved a 2.2-mile extension of the Greene River Trail that will add to the 5 miles already constructed and noted that the commissioners have been working with the Waynesburg Girls Softball Rec League toward building three softball fields in Franklin Township on property which is part of a tract of land known as Wisecarver Dam and Reservoir.

Last year, the county received grant funding from the state Department of Conservation and Natural Resources that will be used to help pay for a parking lot and walking trails around the subleased property, while the committee will be responsible for the excavation and construction of the fields.

“We’d like to continue to expand the trail and get that Wisecarver project up and running,” Coder said. “If we can do that next term, that would be a major accomplishment.”

Coder noted that the commissioners in 2017 filed a civil lawsuit against pharmaceutical companies, distributors and physicians to try to recoup costs associated with the county’s addiction crisis.

“That sent a statement right there,” Coder said.

Coder said that it was “critically important” for the county to get broadband service to the same extent electric power came to rural areas and other places that lacked it in the 1930s because “our kids’ educational opportunities go hand in hand with broadband access.”

Rohanna McClure said that through knocking on doors and talking to county residents, she’s found that the county’s drug crisis and a feeling that taxes are too high are recurrent concerns. She said she would look to partner with industries to grow family-sustaining jobs if elected commissioner.

“I do not have any plans to increase taxes, but I do believe expanding infrastructure will enable local business to grow and to attract new employers to our county,” she said.

Rohanna McClure called the EQT REC Center in Franklin Township which opened in 2017 a “tremendous addition” to the county.

“Greene County has much to offer in recreation, and needs unleashed,” Rohanna McClure said. “Part of our DNA is hunting, fishing, hiking and biking, just to name of few of the activities we are noted for in the county.”

Zimmerman said the commissioners have been focusing on economic development, working toward bringing in new industries and manufacturing since the county’s coal mines “aren’t going to be around forever.”

Like Coder, Zimmerman noted the Greene River Trail extension project and progress at Wisecarver Dam and Reservoir. Zimmerman also noted that the county has made progress in rehabilitating its bridges, getting $2 million in grants from the state’s Road Maintenance and Preservation Program and a $1 million low-interest loan from the Pennsylvania Infrastructure Bank.

Zimmerman said the Greene County Opioid Overdose Task Force meets every couple of months, working with law enforcement and focusing on treatment and all aspects of the opioid crisis.

“Basically (we) discuss where we are and where we’re headed and what our ultimate goal is,” Zimmerman said. “ ... (Y)ou’re never going to end the drug epidemic. You’re going to make it better and that’s our goal.”

Zimmerman recalled that the commissioners last year gave each of the county’s five school districts $50,000 to enhance school security however they saw fit, grants that came from Act 13 funding.

“We see these shootings and everything else,” Zimmerman said. “It can happen anywhere now.”