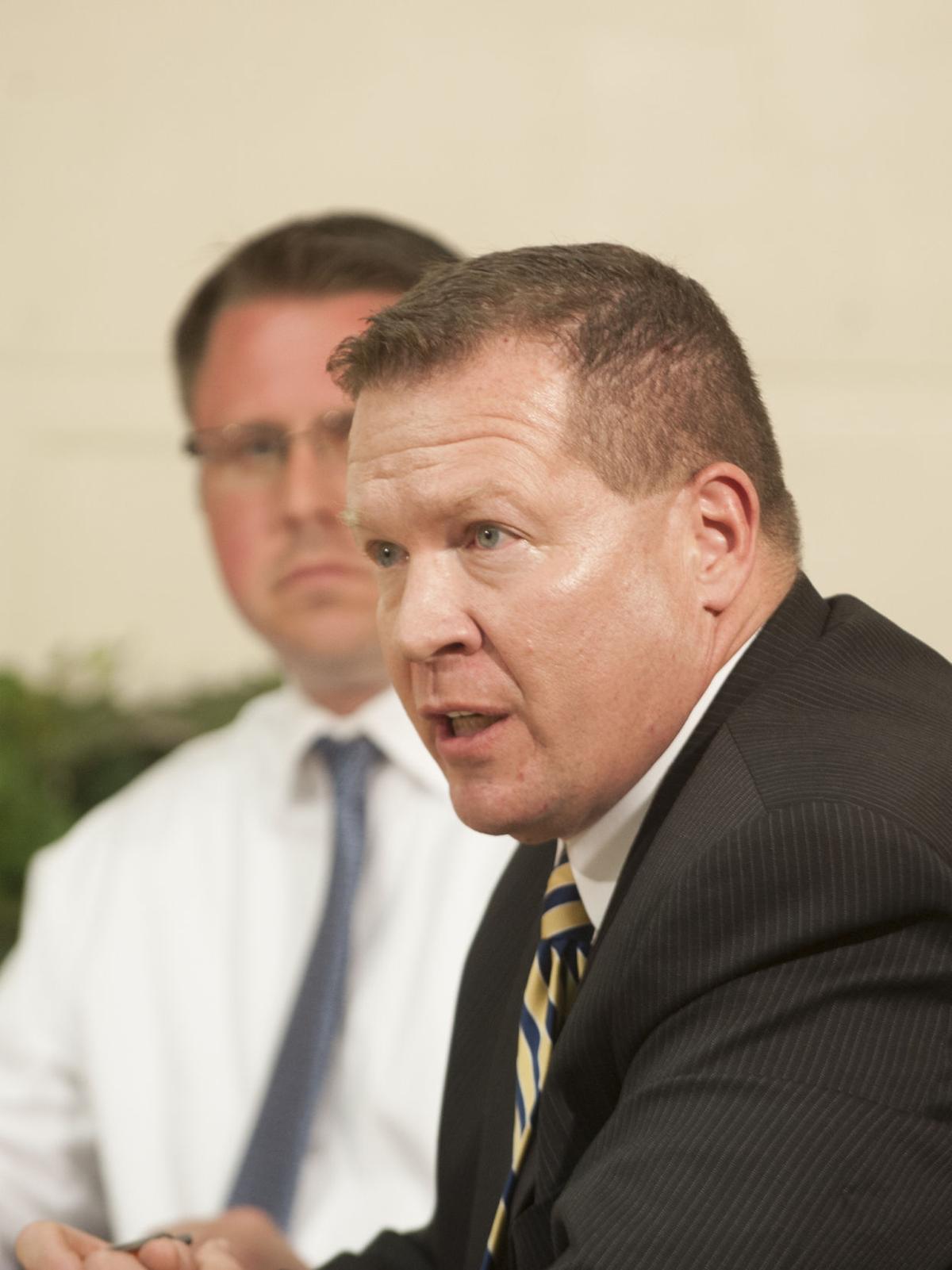 Candidate for district judge John Kopas responds to questions from the Herald-Standard editorial board during a recent question-and-answer session. 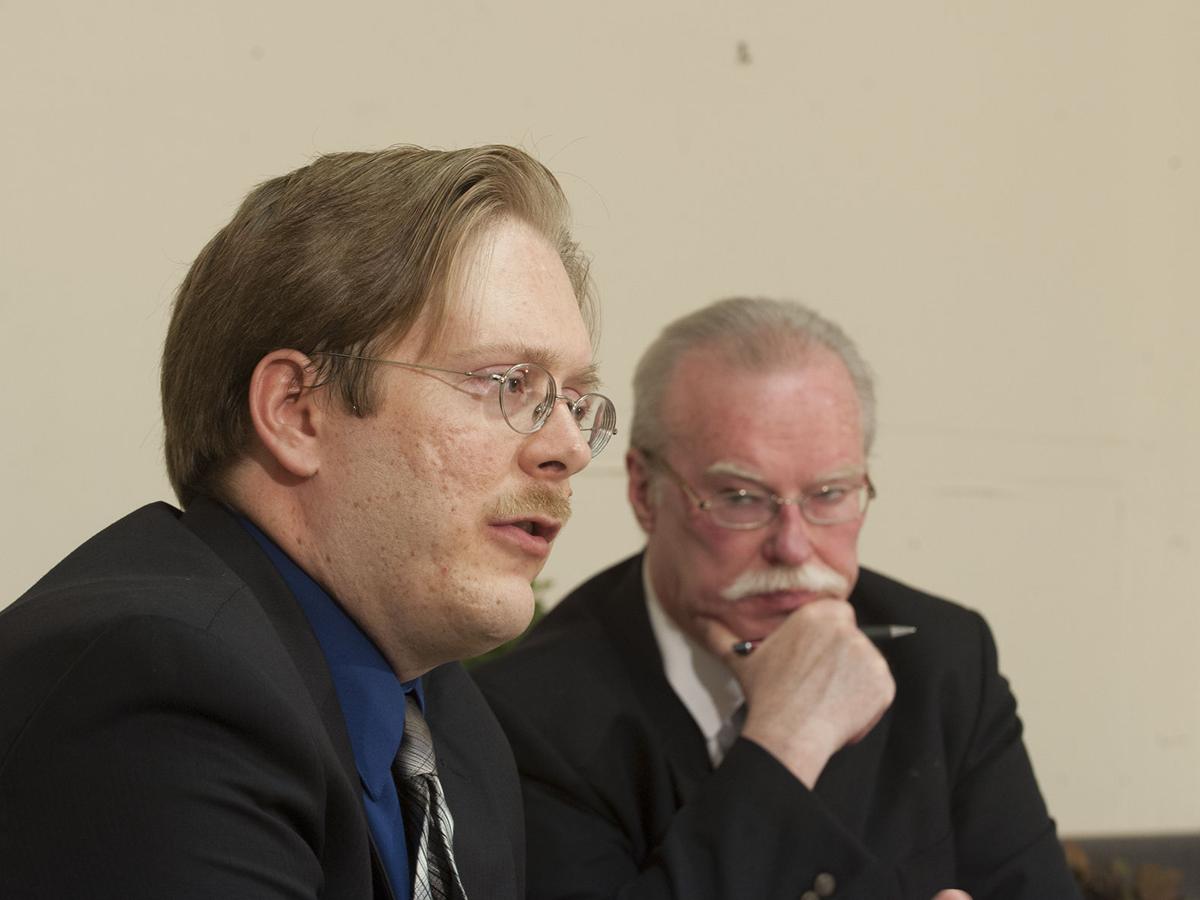 Candidate for district judge Doug Sholtis responds to questions from the Herald-Standard editorial board during a recent question-and-answer session. 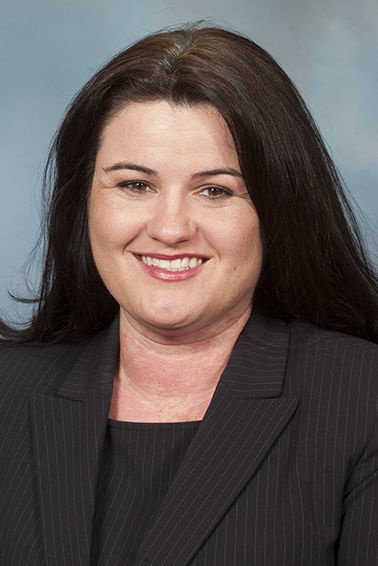 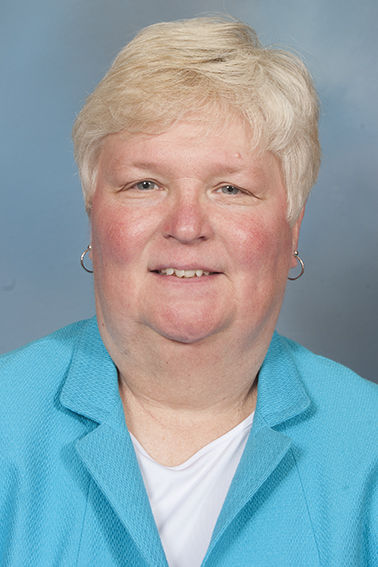 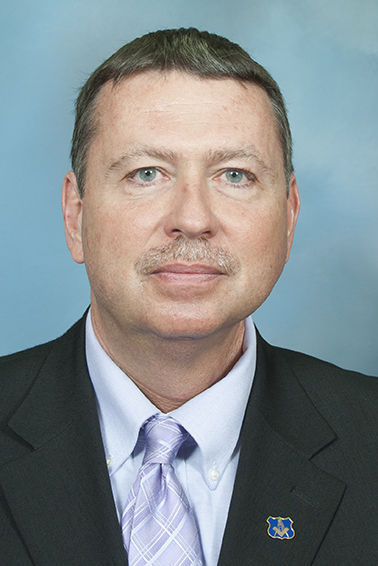 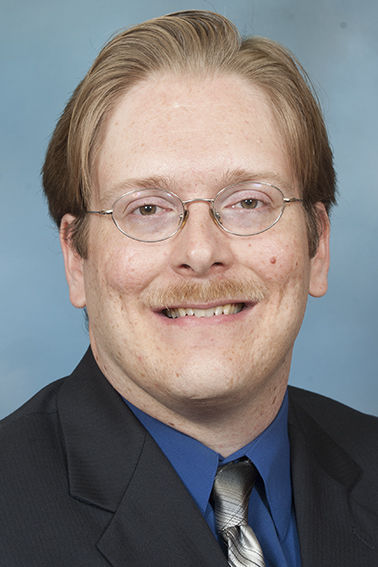 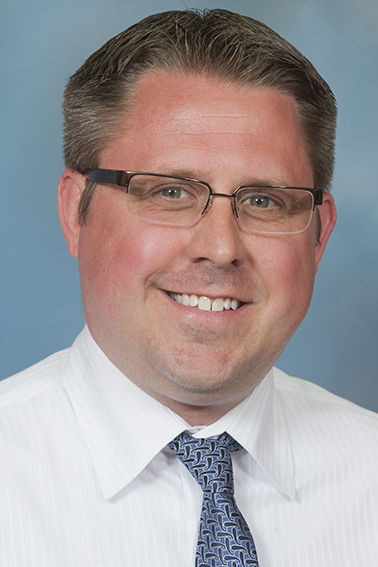 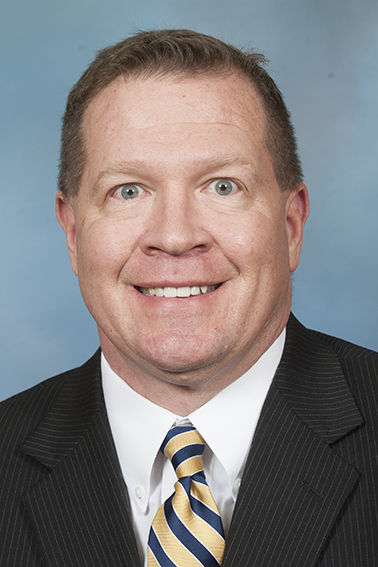 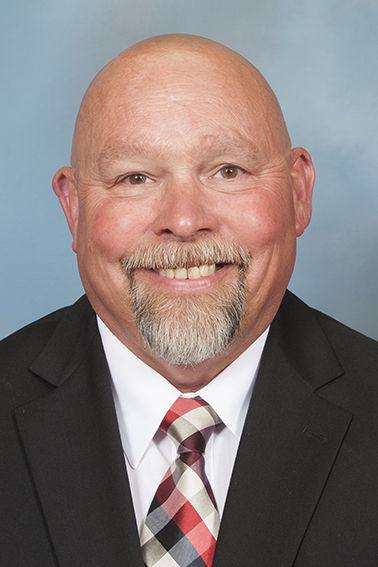 Candidate for district judge John Kopas responds to questions from the Herald-Standard editorial board during a recent question-and-answer session.

Candidate for district judge Doug Sholtis responds to questions from the Herald-Standard editorial board during a recent question-and-answer session.

The following is the third of three articles detailing the views of the candidates for magisterial district judge in Masontown and the surrounding areas.

The seven candidates vying for the seat which will become vacant when Magisterial District Judge Randy Abraham retires this year sat down with the Herald-Standard recently to discuss their views on a variety of subjects pertinent to the office they seek, including specialty courts, judicial efficiency and avoiding conflicts of interest.

Generally the candidates agreed that county’s mental health and veterans’ courts are beneficial, and some said they would like to see more specialty courts added.

“I believe specialty courts are working,” said Shimshock. He said he’d like to to see a court for truancy, which would save time and money. Given the seriousness of the drug problem locally, Shimshock said a drug court would also be helpful.

Cavalcante said DUI and drug courts are an absolute necessity to address those crimes.

Those things require funding though, she said. “The problem is money.”

Ryan agreed that specialty court are working, and working well. He also believed DUI and drug courts could be beneficial.

Kopas said mental health and veterans’ courts are “very well taken by the people who go through them.”

Myers said with proper funding, magistrates could all be trained to recognize mental health issues. “We could end up with a more effective court system than we have,” he said.

Sholtis likes the existing courts, and said a drug court could also help to streamline some of the caseload. If the magistrates could handle misdemeanor charges, that would be helpful as well, he said.

Mental health and veterans’ courts are programs that realize these citizens have a unique set of problems, Grimm-Krupa said, and she applauded the programs. However, she noted, at the magisterial level, there isn’t a lot of involvement with specialty courts. Those cases are diverted after preliminary hearings, she said.

“One court I’m not pleased with is central court,” said Grimm-Krupa. It’s new, she said, and there are some frustrating glitches.

She pointed out that, “With central court, you have people charged in our district being handled by people who are elected by voters in another district.”

As a follow up, the candidates were asked whether they supported treatment or jail in drug or DUI cases.

Cavalcante said there are some crimes that jail is the only alternative for, but in the case of defendants coming before a magistrate, jail only comes up as an alternative to failure to pay fines.

“Technically you’re not supposed to put people in jail if they don’t pay,” Cavalcante said.

“I have to agree,” said Grimm-Krupa. “At the magisterial level when you’re talking about incarcerating someone, it’s due to non-payment of fines.” The decision to send someone to treatment or jail falls on common pleas judges, she added.

The other candidates agreed that sentencing is a matter for county judges.

“One thing a magisterial judge could do is order the defendant to participate in pretrial services, which would address those (addiction or mental health) needs early on,”said Kopas. “That could be a condition of bail.”

Ryan said if magistrates had the option to sentence to community service, “that would be wonderful.”

The candidates discussed efficiency as well, and ways to keep the judicial system operating smoothly.

Grimm-Krupa said the criminal system in Fayette County is backlogged.

“The magisterial level is the first opportunity for judicial review of the charges,” she said. “As an attorney, in my experience, magistrates are rubber-stamping 99.9 percent of cases through to Common Pleas Court.”

“Magistrates should not be afraid to make legal decisions even if that means dismissing,” said Grimm-Krupa. “That’s something magistrates have been reluctant to do.”

Myers said he wasn’t sure how specifically he could increase efficiency, other than to carry out his sworn duties if elected to the bench.

Shimshock said the job of the magistrate is twofold: administer the office and decide cases.

“One of the things I am known for is efficiency,” said Shimshock. He pointed to his success in securing $14 million in grants as a township supervisor, saying he couldn’t have pulled it off if he wasn’t able to work efficiently.

Ryan said he would stay on top of efficiency by being available when needed. “You make yourself available, you’re there, you do the job you’re sworn to do,” he said. “I don’t look at it as a job, I look at it like a lifestyle.”

According to Sholtis, working well and keeping open lines of communication with attorneys, police and other parties in the magistrate office helps increase efficiency.

The key to maintaining efficiency is doing things the right way the first time, said Sholtis. “Be certain you devote your time, timely file for hearings, timely serve warrants, get paperwork in the mail quickly.”

Having been on the bench for 13 years in Masontown, Cavalcante said there are definitely ways to be more efficient.

“This job is not to go in there, sit on the bench, render decisions,” Cavalcante said. “You should know everything that goes on in there.” She said picked up the slack in the office when necessary, filing citations in the computer, taking payments at the window.

“You have to be hands on, you have to help the office,” she said. “If the county’s not supplying enough help, you’re going to have to step up.”

Kopas said he would make sure the tenor of timeliness of the office would be established on day one, if he’s elected.

People need to realize they need to be on time, be prepared and have witnesses ready, Kopas said. “From day one, I would run the office in that fashion.”

Each candidate touted strong ties to the community. With so much recognition within the community, editorial board members asked how the candidates planned to handle conflicts of interest.

All the candidates agreed that the proper way to address any appearance of impropriety would be to recuse.

Cavalcante said she would automatically recuse if someone appearing before her was a close personal friend or family. If any unrelated party raised the issue of conflict of interest, she said also recused automatically.

She, Grimm-Krupa and Ryan said they would close their social media accounts if elected as well, to avoid appearances of impropriety.

Ryan said he would automatically recuse for friends and family.

“I would recuse myself in any case where my relationship would bias my opinion,” said Grimm-Krupa. She said if she knows somebody before her, but I doesn’t think it would influence her decision, she would disclose and give the parties opportunities to object.

Sholtis said even though he’s involved in the community, he’s confident he would remain impartial, accept evidence objectively and follow the law.

“I like that we now have central court,” Sholtis added. “You could be hearing cases from all over, it’s not only the same people.”

Myers said any magistrate would be hard-pressed not to know a lot of people in the community. “Unless you have a strong personal relationship with this individual or family member,” he said, “it is your responsibility to render a decision.”

According to Kopas, “You have to bow out when you need to bow out. It promotes the integrity of the office.”

Shimshock said his community involvement would not affect his objectivity on the bench.

“I will guarantee everyone will get a fair shake,” he said. “I’m very fair and impartial.”

“When you have he robe on, justice has a blind eye,” said Shimshock. “Everyone is equal.”

A video of the full discussion can be viewed on the Herald-Standard website at www.heraldstandard.com.