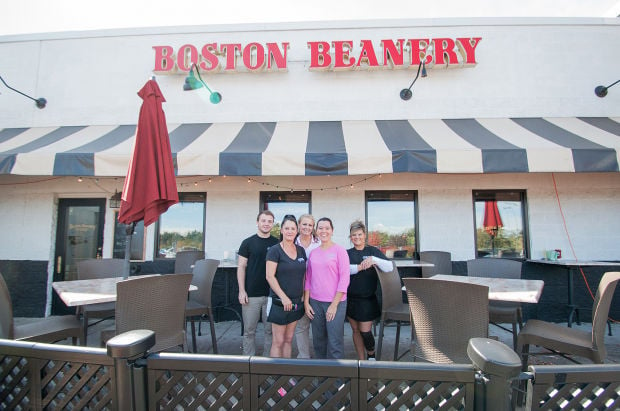 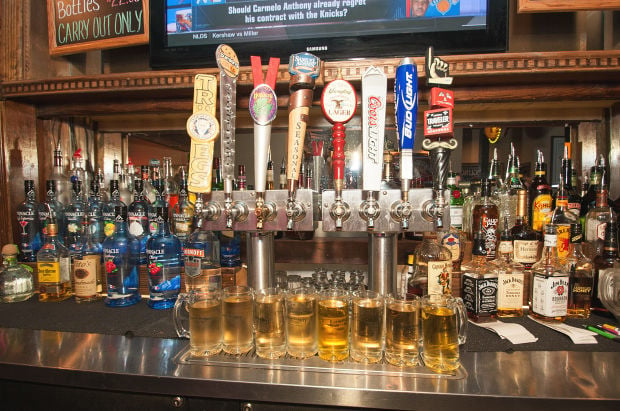 Boston Beanery offers many different types of beer on tap. 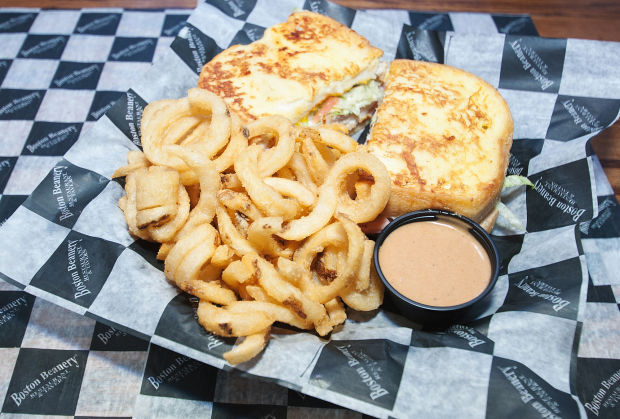 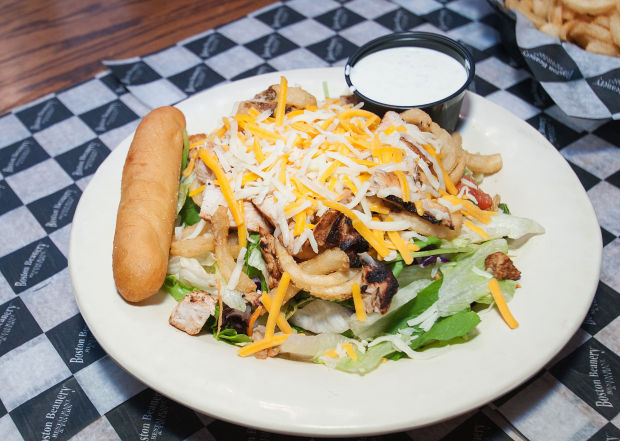 One of the most requested dishes at the Boston Beanery in Uniontown is this grilled chicken salad with homemade ranch dressing.

Boston Beanery offers many different types of beer on tap.

One of the most requested dishes at the Boston Beanery in Uniontown is this grilled chicken salad with homemade ranch dressing.

Uniontown’s Boston Beanery happens to be quite unique in the area.

Being one of six locations, Uniontown’s Boston Beanery is the only one in the state, and is also the only one to be located in a mall.

“I think that’s what makes us special,” said General Manager Renee Dillon. “Being that we’re the only one in a mall, we cater more to families and kids. Our focus isn’t on the bar or late nights.”

In fact, the restaurant will be celebrating its 22nd anniversary on Nov. 16 with an all day party. Door prizes will be passed out every half an hour and a “throwback menu” from 1992, featuring menu items and prices, will also be celebrated.

A few of the throwback items include a corn beef or turkey swiss and slaw sandwich, a honey dijon chicken sandwich and roast beef con queso.

The first Boston Beanery started in 1983 in Morgantown, W.Va on High Street in the downtown area. Dillon said the original local favorite was patterned after old Boston pubs from the 1800s, which at the time were called beaneries.

“The vision behind it was that it would be similar to ‘cheers’ with that warm and welcoming feeling,” she said.

Now, 30 years later, there are six Boston Beanery locations — One in Pennsylvania, one in Virginia and four in West Virginia.

But for the Uniontown location, Dillon said the top three most popular dishes are unquestionable.

“This salad is ordered two to one over everything else on the menu,” Dillon said.

Crispy chicken strips served with Beanery fries are also a popular menu item, but not only because of the entree itself. Dillon said the homemade southwest ranch dipping sauce is a pretty strong motivator for ordering not only the chicken strips, but extra fries, salads and wings.

And of course any good meal is not complete without dessert. At the Boston Beanery, Dillon said the most popular dessert are the warm cinnamon rolls. Two large cinnamon rolls are served with two heaping scoops of vanilla ice cream, whipped cream and caramel.

Just within the past month, the Beanery has also added new menu options including a deep-fried pretzel, a corn dog basket and a veggie or salmon burger.

“The corn dog basket has actually been on the kids menu for years, but we had so many adults ordering it that we decided to add it to the regular menu as an appetizer,” Dillon said.

Meanwhile, the veggie burger was also on the menu about seven years ago, but wasn’t very popular, so it was taken off.

“We’ve been getting a lot of requests for it lately, though,” Dillon said. “A lot more people are looking for different dietary options now.”

Although the Beanery doesn’t gear its focus toward its full bar, it certainly does not neglect it. Uniontown’s Boston Beanery features about 25 craft beers at any given time.

“We think that we’re unique in our craft beer selection. We’re proud to offer a variety in both bottles and drafts,” Dillon said.

While the Boston lager is always on tap, featured fall favorites include Samuel Adams Octoberfest and Southern Tier Pumking.

All Pittsburgh sports are shown on the Beanery’s 12 televisions during game days.

The Beanery is also famous for its Monday night all-you-can-eat wing nights from 5-10 p.m. Wings are bone-in or boneless, and can be served with a dozen different sauces, including two new ones.

The Irish gold sauce has a spicy mustard and barbecue flavor, while the Shang Hai chili sauce is also a little spicy.

Dillon said the Beanery is also proud to be involved in the community. The restaurant is involved in Fay Penn’s Buy Local Network, the Chamber of Commerce and Italian hoagie fundraisers.