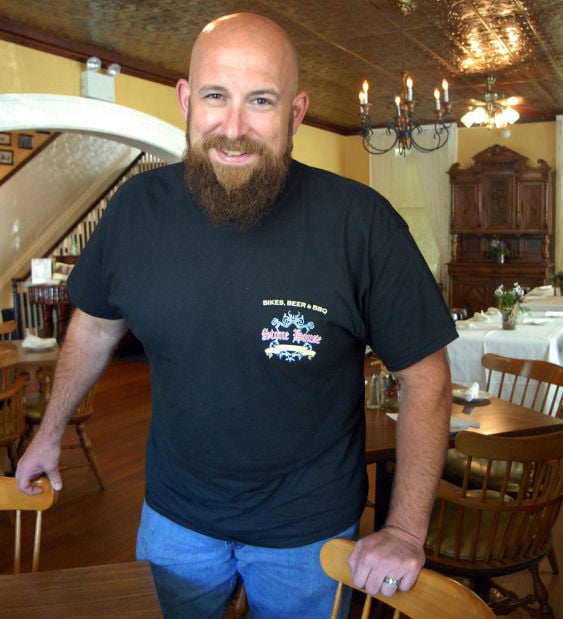 Pictured is Chef Jeremy Critchfield of the Historic Stone House Restaurant & Inn located along Route 40 in Wharton Township. Chef Critchfield changed the menu at the restaurant when he took over about two and a half years ago to better reflect the area. 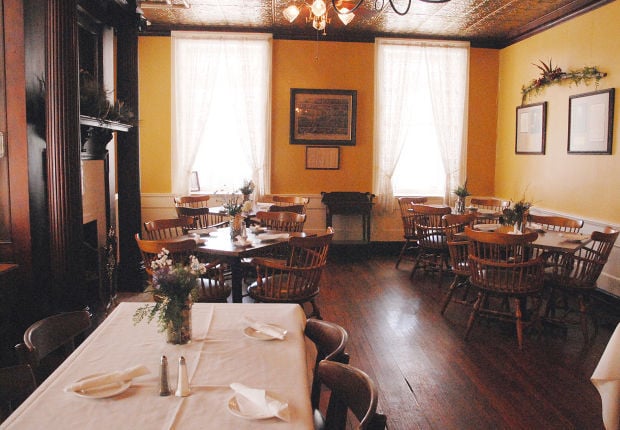 Pictured is the main dining area at Stone House Restaurant & Inn along Route 40. 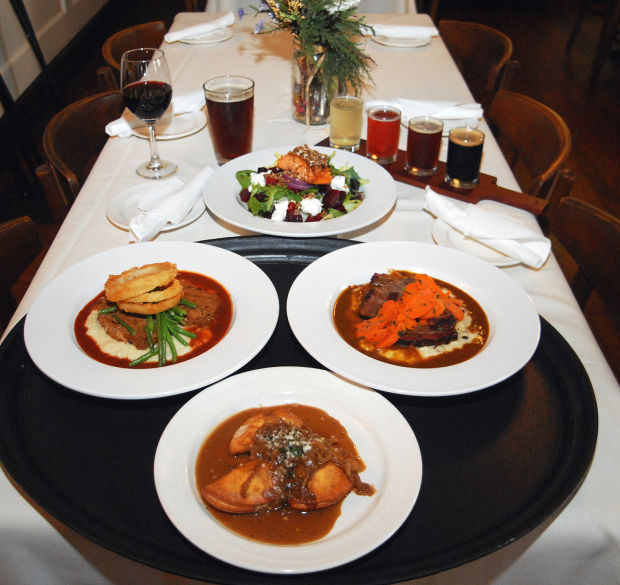 Pictured is Chef Jeremy Critchfield of the Historic Stone House Restaurant & Inn located along Route 40 in Wharton Township. Chef Critchfield changed the menu at the restaurant when he took over about two and a half years ago to better reflect the area.

Pictured is the main dining area at Stone House Restaurant & Inn along Route 40.

The Historic Stone House Restaurant & Inn, located along Route 40 in Farmington, is a mountaintop favorite.

When Executive Chef and Operating Manager Jeremy Critchfield took over the historic restaurant 2 ½ years ago, he changed the entire menu to better reflect the area.

“We breathed new light into some dishes to better represent the Stone House,” Critchfield said.

To best represent the mountainous area, Critchfield added dishes of wild game including venison, quail and bore. He also has been known to smoke whole lambs and chickens and he loves featuring fresh fish from the Atlantic such as tuna, black bass and even whole sword fish.

“I do a lot of fun stuff that other restaurants either don’t do or can’t do,” he said.

What started in the summer of 2012 as a lunch-time hobby now draws in folks from as far east as Maryland, as far south as West Virginia and as far north as Pittsburgh.

The “Smoke House” is open from 11 a.m. till the goods sell-out Tuesday through Sunday.

Back inside the Stone House, Critchfield suggested that diners begin their meals with the number one selling appetizer, the blackened shrimp. This dish features a ½ pound of white shrimp tossed in a special recipe with remoulade sauce.

“There’s 20 stools at the bar, and it’s nothing to see 15 plates of shrimp at once,” Critchfield said.

Some of the most popular main entrees include the twice-cooked pot roast, mountain meatloaf and sweet potato crab cakes.

The pot roast is first smoked outside for five hours before it is brought into the kitchen to be braised in red wine and beer for an additional three hours. The tender dish is served with buttermilk mashed potatoes, gravy and carrots.

The sweet potato crab cakes are one of Critchfield's signature recipes where the deep south meets the Eastern Shore. Two jumbo crab cakes made of finely chopped sweet potatoes are served with vinegar slaw and bourbon butter sauce.

And every Stone House meal is not complete until the famous bread pudding dessert, topped off with a vanilla bourbon sauce and vanilla ice cream, is served.

Critchfield also keeps a full bar, complete with 24 taps, 21 of which are dedicated to American craft.

The bar features Tap-Tour Tuesday where customers can try four different 5 ounce pours for $7. Customers can also use ½ gallon jugs called growlers to fill up with their favorite beer to take home.

On the last Friday of the month, Critchfield also offers a “beer dinner,” which features a different brewery each time. Critchfield calls up the brewery, discusses five beers to feature, and then he prepares meals to pair with each beer based on taste. The next beer dinner is today, and features Dog Fish Head from Delaware.

Other events include bike night, which is hosted each Thursday from May through October. Critchfield invites a live band and sells food from the smoker. On friday nights, year-round, Critchfield invites guest bartenders for charity. The event donates funds from tips and silent auctions to the American Heart Association, scholarships or families in need. And lastly, on Saturdays in January through March, the Inn is the home of Stone House Idol, a karaoke competition. Critchfield said the last winner won a cruise to Hawaii.

“We have quickly become one of the biggest caterers in the area,” he said.

The Inn also features a 180-seat ballroom, ideal for weddings, showers, anniversaries and other events. There are also 13 remodeled overnight rooms, complete with a flat screen TV and new bedding. The newest addition is called the Stewart Suit and features two bedrooms.

Looking ahead to the future, Critchfield said he plans to add a rental house off of the parking lot and open an outdoor bar and music area for the weekends. He also hopes to open markets in the Morgantown and Deep Creek areas.

“We’re going to continue what we’re doing,” Critchfield said. “It’s been nothing short of amazing so far. We’ve made a ton of friends and gained a lot of popularity for a little spot on 40.”

The Stonehouse Inn is located at 3023 National Pike in Farmington, and can be reached by calling (724) 329-8876. More information can be found at www.stonehouseinn.com.