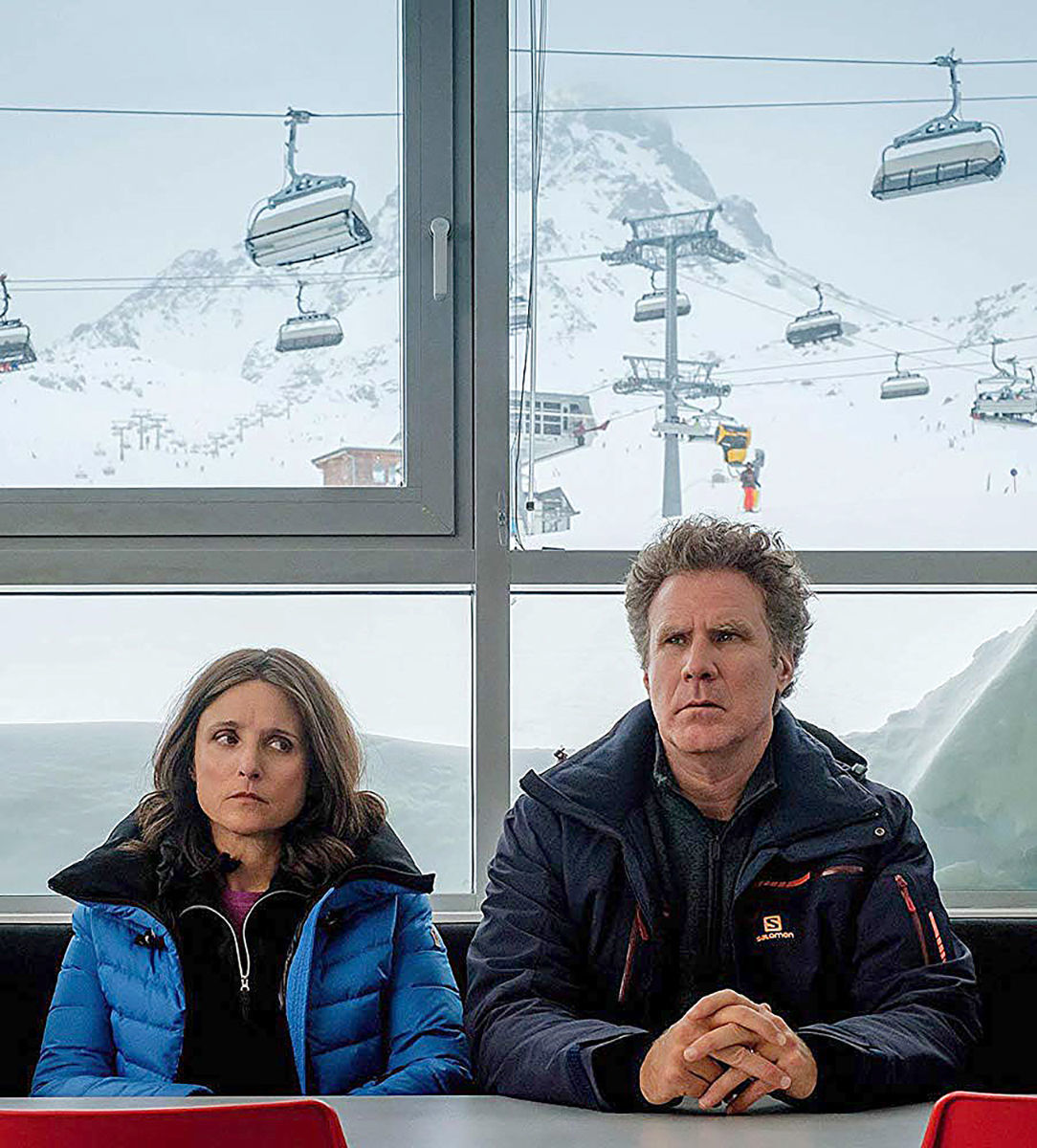 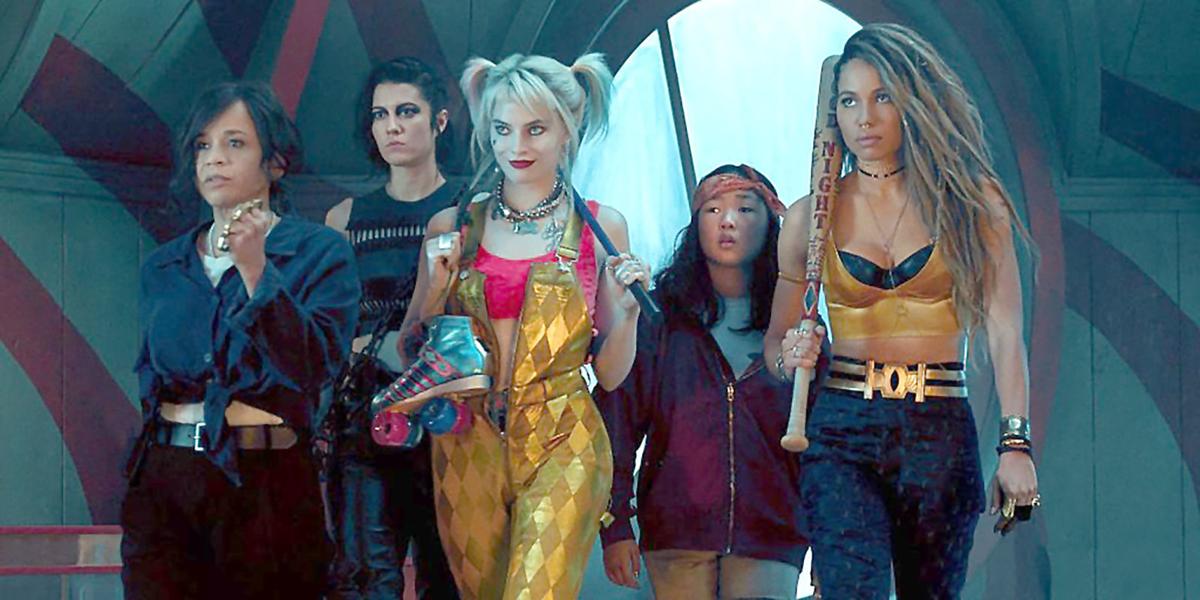 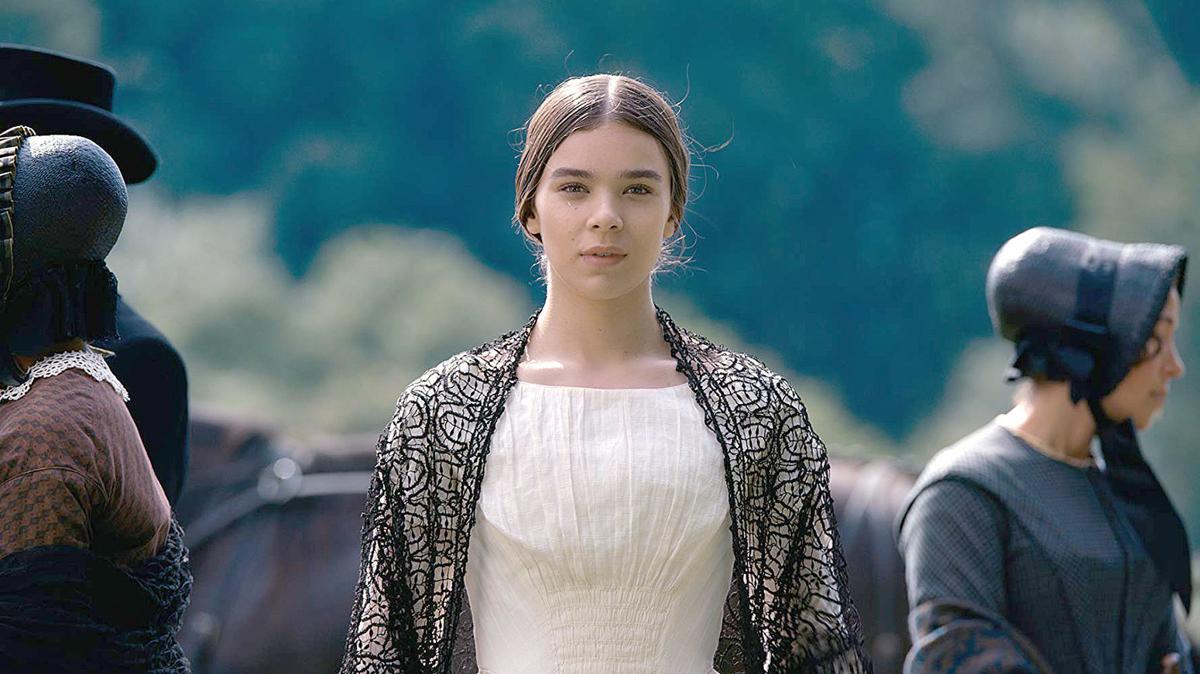 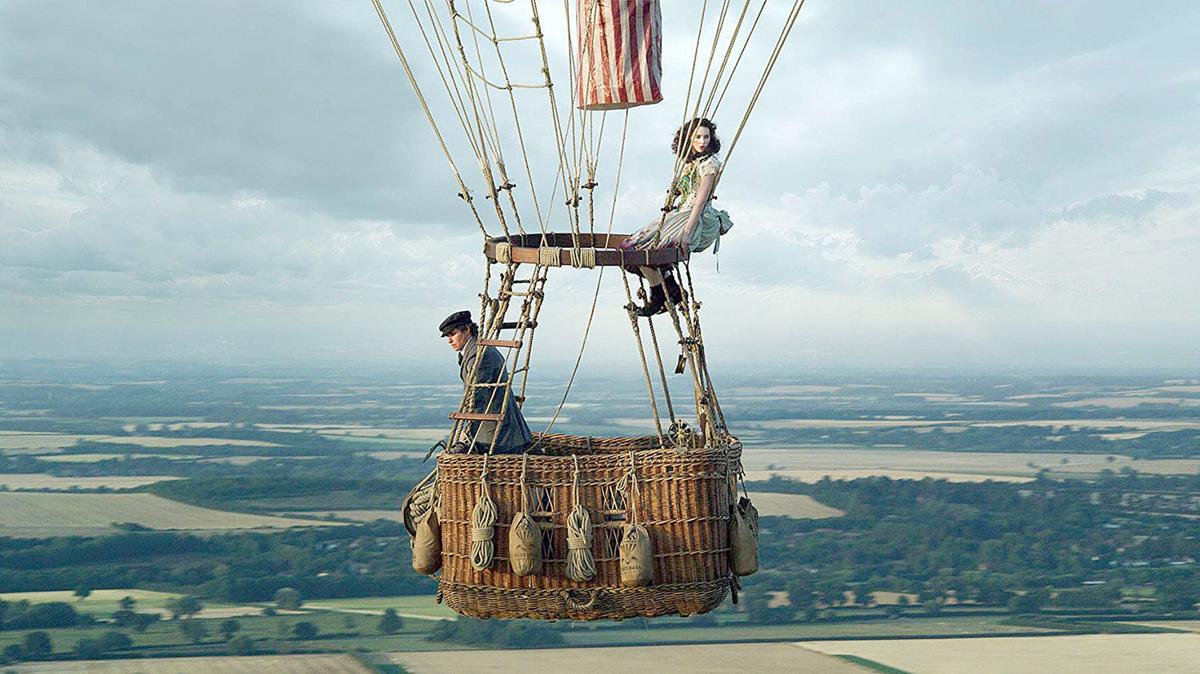 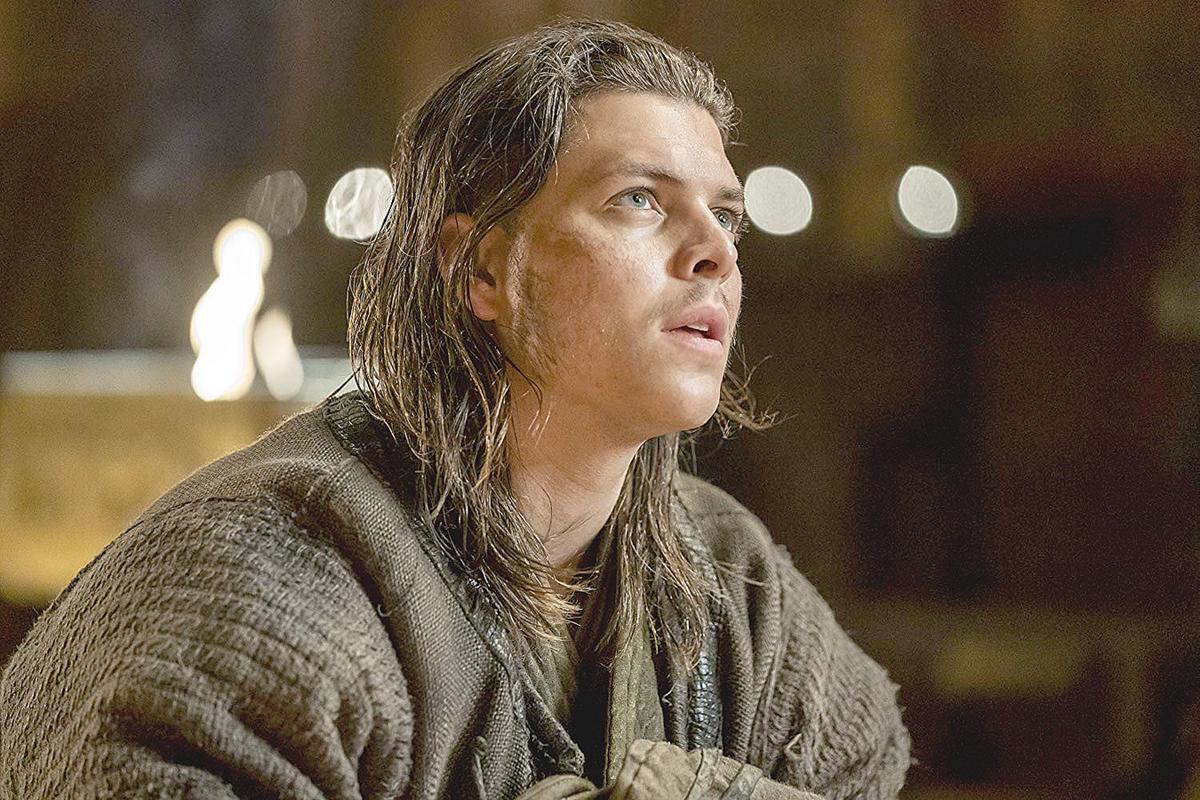 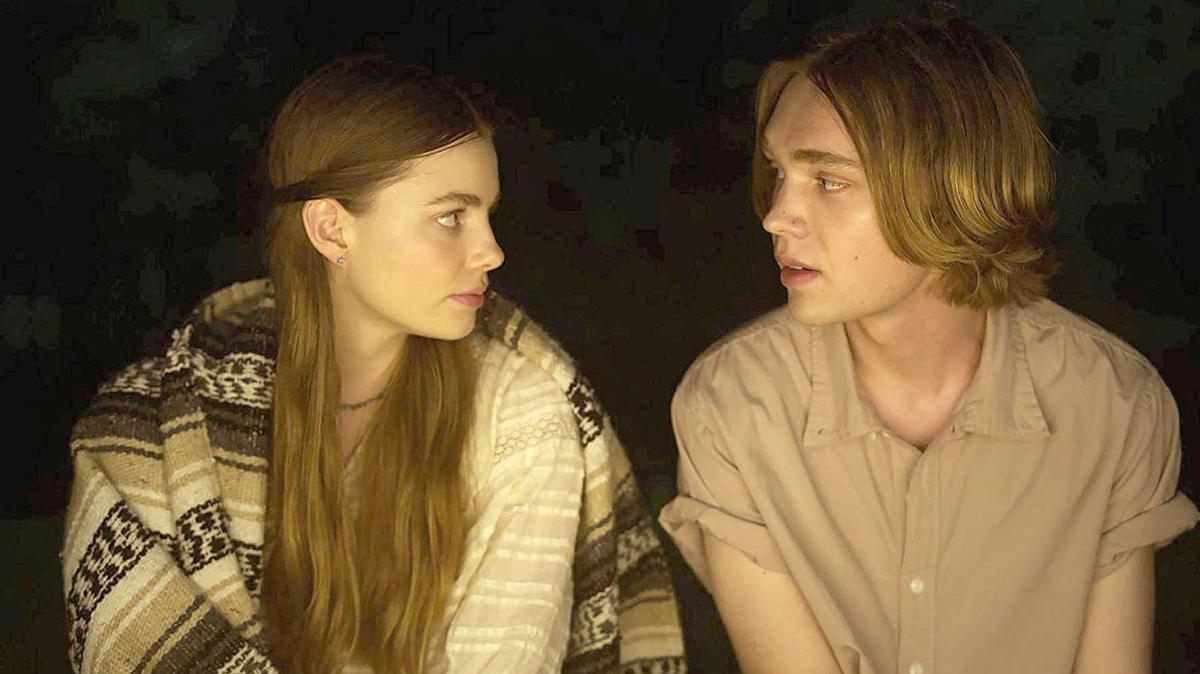 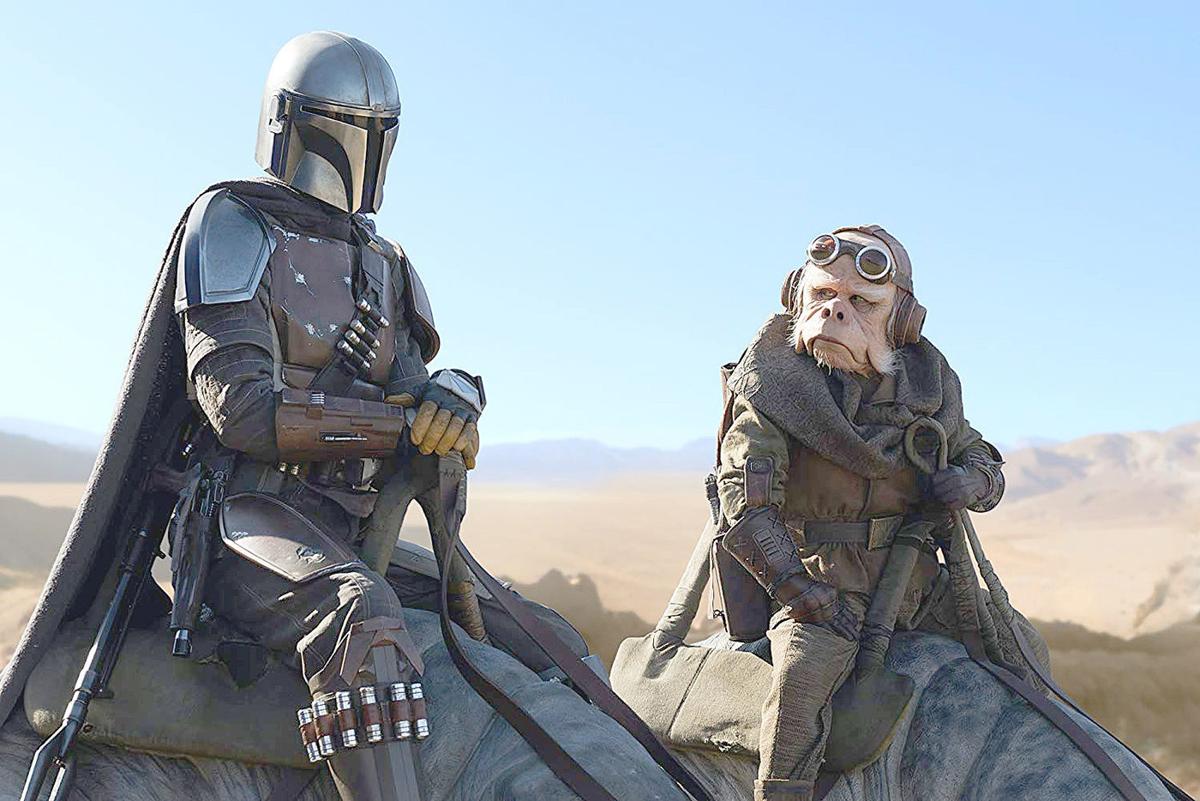 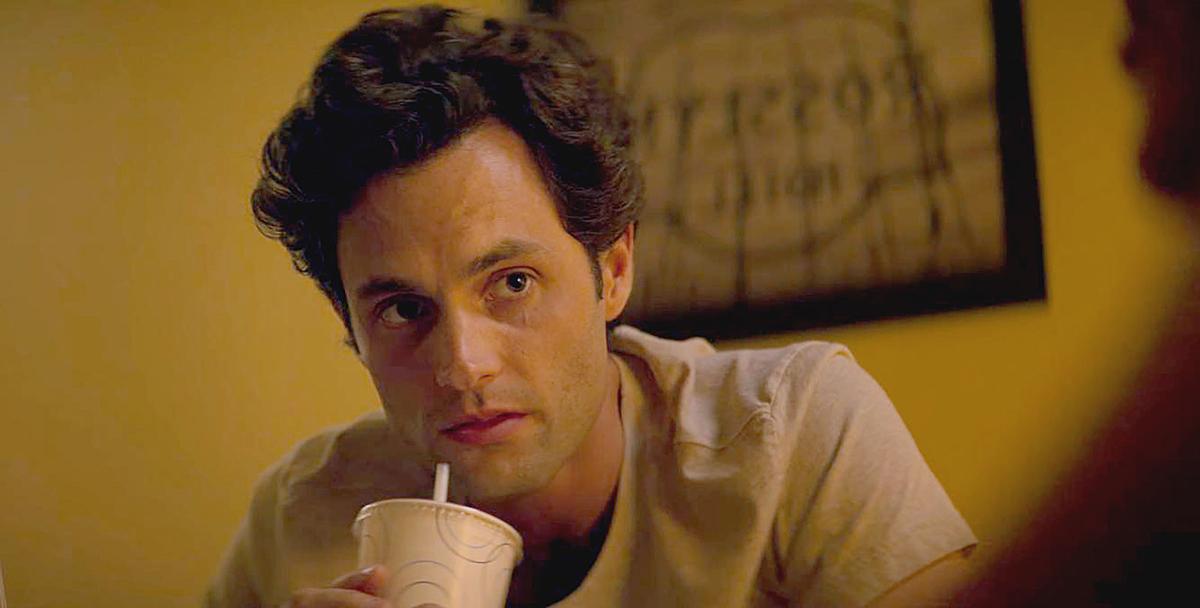 Unless you’re a skier, cross-country snowshoe hiker or possibly an ice fisherman, finding things to do in the winter months can be challenging.

But with the movie theater a few miles away and a dozen or so streaming service apps that offer their own original content, there’s no need to sleep through the bleak season.

This month, it might be worth the trip to the theater to catch “Bad Boys for Life,” releasing on Jan. 17, which will have Martin Lawrence and Will Smith reprising their roles as narcotics cops in the third installment of the franchise - 17 years after the second installment and 25 years after the original.

Robert Downey Jr. will be switching out an iron suit for a top hat when his film “Dolittle” hits theaters that same day. It’s the age of Queen Victoria, who reigned for decades beginning in 1819, and Dolittle, who hid himself away from society after his wife died, is now the person of choice to set out on an adventure to find a cure for the queen who has fallen ill. Along the journey he meets and travels with a menagerie of animals - all of which he can understand and talk to.

The following week, on Jan. 24, Michelle Dockery from “Downton Abbey” fame will take on a lead character with Matthew McConaughey in the drama “The Gentlemen.”

The story follows McConaughey’s character, an expat, who built a highly profitable marijuana empire in London. When word gets out that he’s looking to cash out of the business forever it triggers plots, schemes, bribery and blackmail in an attempt to steal his domain out from under him.

In February, the next DC comic book character film will release to more than likely high attendance numbers.

Margot Robbie will take on the title character in the film “Birds of Prey: And the Fantabulous Emancipation of One Harley Quinn,” which hits theaters on Feb. 7. After splitting with the Joker, Harley Quinn joins superheroes Black Canary, Huntress and Renee Montoya to save a young girl from an evil crime lord.

On the holiday where everyone proclaims their love for each other, Will Ferrell and Julia Louis-Dreyfuss will be deciding if love is enough in the film “Downhill,” which has a limited release.

Expect some typical Will Ferrell humor and lots of laughs in this film.

The CGI film of video game icon “Sonic the Hedgehog” is also set to release on Valentine’s Day, so don’t be surprised if one of your children use the day of love to rope you into taking them to the film to prove your affection for them.

March starts off strong with the release of a Disney Pixar original called “Onward” on March 6.

Chris Pratt, Tom Holland, Octavia Spencer and Julia Louis-Dreyfus voice the characters in the film where two brothers try to bring back their deceased dad with magic.

Unfortunately things don’t go as planned in the beginning and only half of their dad - the legs half - is brought back. The brothers go on an adventure to figure out how to bring the rest of him back.

That same day “The Way Back” releases to theaters where Ben Afflack portrays a former basketball phenom character who tries to fight his way back from an alcohol addiction while coaching his high school alma mater basketball team.

March 20 sees the release of “I Still Believe,” which is a film inspired by the life of Christian Contemporary recording artist Jeremy Camp. His character is portrayed by K. J. Apa of “Riverdale” fame.

The month rounds out with girl power once again with the live action release of Disney’s “Mulan” played by actress Yifei Liu who was in “The Forbidden Kingdom” in 2008 and “The Assassins” in 2012.

These days there’s no need to wait for good entertainment to come to the theaters. Shell out $4.99 a month or more and have a myriad of options immediately through streaming apps like Netflix, Hulu, Disney+, Amazon Prime, Apple TV+ and HBO Now to name a few.

In fact, the sheer volume of new movies and series can be overwhelming, leaving one to wonder how in the world they’ll ever get to all of them.

Here are a few that critics and viewers have agreed are ones not to miss.

While HBO has always seemed to come up with the hit series from “The Sopranos,” “Game of Thrones” and “Big Little Lies,” their legacy continues with such shows as “Succession,” “Chernobyl” “Watchmen,” “Westworld” and “Barry.”

“Succession” is in its second season and follows a group of siblings fighting for control of the family empire and “Chernobyl,” which dramatizes the story of the 1986 nuclear accident and the sacrifices made to save Europe from unimaginable disaster, is up for four Golden Globes and has already won 10 Emmy’s.

“Watchmen” is set in an alternate history where “superheroes” are treated as outlaws. HBO says it embraces the nostalgia of the original groundbreaking graphic novel.

“Westworld,” starring Evan Rachel Wood, Anthony Hopkins, Jeffrey Wright, James Marsden, Thandie Newton and Ed Harris is a place where you can live without limits in a world where every human appetite can be indulged. HBO said the show follows the dawn of artificial consciousness and the evolution of sin.

On a little bit of a lighter note, “Barry” is a popular dark comedy on the network known for drama. Bill Hader stars as a hitman from the Midwest who takes up acting while on assignment in Los Angeles.

Netflix is no slacker when it comes to original content that has made a splash, from “Stranger Things” to “The Umbrella Academy” - both of which are definitely worth your viewing time.

But some new content that seems to be binge-worthy includes “The Witcher” starring Superman himself, Henry Cavill, which was released less than a month ago on Dec. 20 and already ranked at number two for the most watched series of 2019.

The sci-fi, fantasy adventure follows Cavill’s character, Geralt of Rivia, who is a mutated monster-hunter for hire, as he journeys toward his destiny in a turbulent world where people often prove more wicked than beasts.

The first season of “You” was a big success and the second season, which just released a little more than a week ago, is already being talked about around the water cooler.

The series follows a man (Penn Badgely from Gossip Girl fame) with stalker tendencies as he picks out and preys upon his victims.

“Virgin River” is a more light-hearted series that follows a nurse practitioner who moves from Los Angeles to a remote northern California town, and “The Crown,” which follows the life of the current Queen Elizabeth, sheds a bit of light into the life of the reigning monarch.

Netflix has also released some movies that have had a big impact including “Murder Mystery” and “The Irishman.”

In a list released by Netflix, the film “Murder Mystery” was the most watched release out of everything released in 2019. With heavy hitters Jennifer Aniston and Adam Sandler topping the cast list, the movie follows a New York City police officer (Sandler) and his hairdresser wife (Aniston) who try to solve a murder aboard a billionaire’s yacht while on a trip to Europe.

You may want to wait for a snow day or snow evening before starting “The Irishman,” which is three and a half hours long, but with a cast that includes Robert DeNiro, Al Pacino and Joe Pesci, it’s sure to be worth it.

Hit man Frank Sheeran (DeNiro) looks back at the secrets he kept as a loyal member of the Bufalino crime family in the Martin Scorsese film.

Amazon Prime has had some hits such as “The Marvelous Mrs. Maisel,” and two other original series that may be worth checking out are “Fleabag” and “Modern Love.”

Season one of the comedy “Fleabag,” starring Phoebe Waller-Bridge actually released in 2016 but the second season just released this past year. It follows a hurting woman who hurls herself into modern living in London as she tries to heal from her past.

“Modern Love” is actually a series that stars such actors as Tina Fey, Andy Garcia and Anne Hathaway, to name a few, in different stories inspired by the real-life personal essays from the New York Times column of the same name.

A recently released film, “The Aeronauts,” has also had great success. Starring Eddie Redmayne from the “Fantastic Beasts” movie franchise and Felicity Jones from “Rogue One: A Star Wars Story.”

The two actually portrayed husband and wife in the 2014 film “The Theory of Everything” based on the life of Stephen Hawking. “The Aeronauts,” set in the second half of the 19th century, follows pilot Amelia Rennes (Jones) and scientist James Glaisher (Redmayne) find themselves in an epic fight for survival while attempting to make discoveries in a gas balloon.

Based on the novel by John Green, “Looking for Alaska” is an original teen drama series released by Hulu starring Kristine Froseth and Charlie Plummer. It follows a group of friends trying to make it through life in a special camp/school setting.

If you were a fan of HBO’s “Game of Thrones,” then you definitely want to check out the History Channel’s series “Vikings”

In it’s sixth and final season, the show follows the family of Ragnar Lothbrok, the patriarch who dreams of expanding his Viking kingdom to England and beyond. The show can be streamed on Hulu and one of the newest streaming apps, Apple TV+.

But Apple TV+ has it’s own original series that might be worth the watch in “Morning Show” and “Dickinson.”

show stars Jennifer Aniston, Reese Witherspoon, and Steve Carell and premiered on Nov. 1, 2019, and is inspired by journalist Brian Stelter’s book “Top of the Morning: Inside the Cutthroat World of Morning TV.”

Aniston plays an older anchor woman on the news show and she works to show her bossses that she’s still relevant despite the younger talent coming in (played by Reese Witherspoon) whose series of impulsive decisions bring her into a new world of TV journalism.

Hailee Steinfeld takes on the role of Emily Dickinson in the show “Dickinson,” a modern, nontraditional take on the classic poet’s life.

The other newest streaming app is Disney+. The benefit of this streaming app is that you can watch any Disney film or series ever made, but it also has its own original content as well - the most popular at this point is the new live-action Star Wars series “The Mandalorian.”

Amidst all of these shows, there are a myriad of others. So this winter, sit back, relax and find the show that helps you get through the winter blahs.