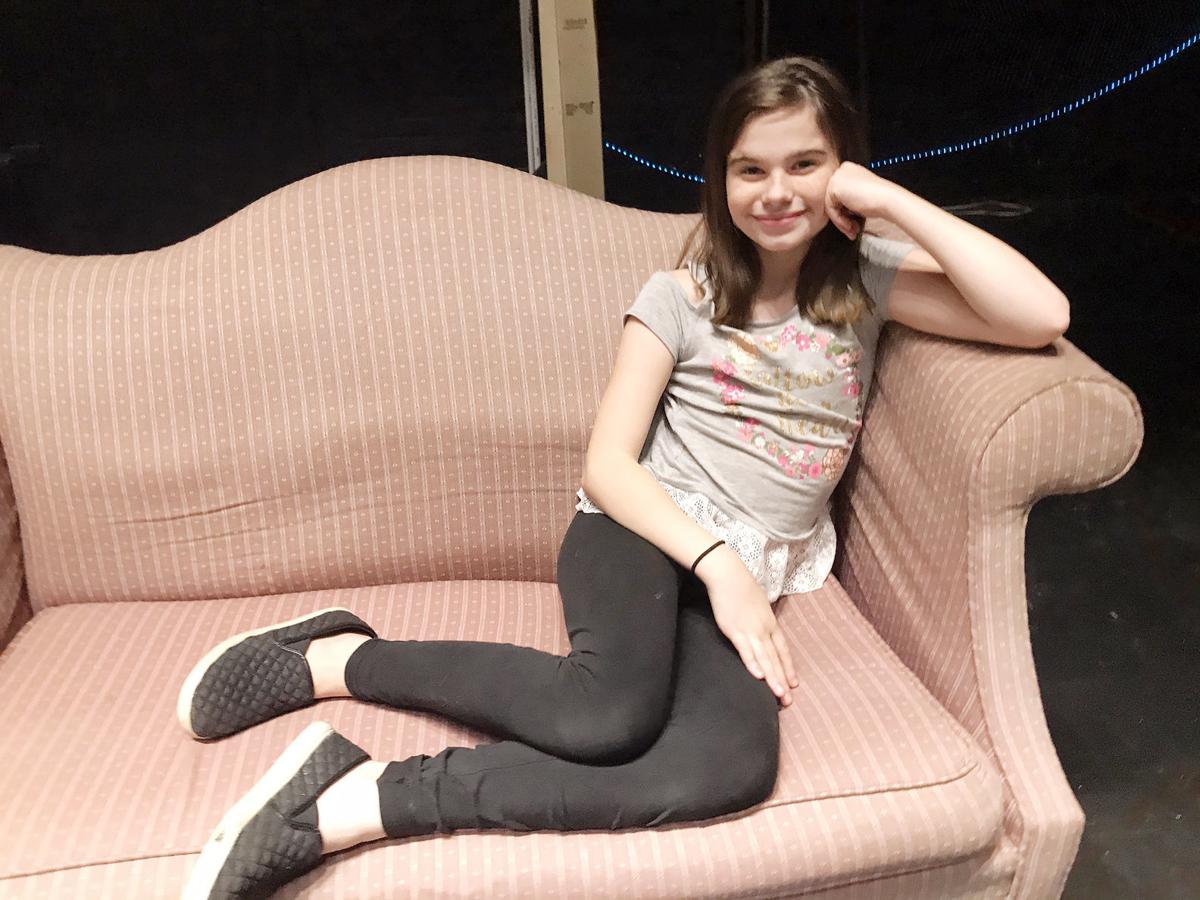 Julie Ptacek of Connellsville took on the lead role in "Annie." 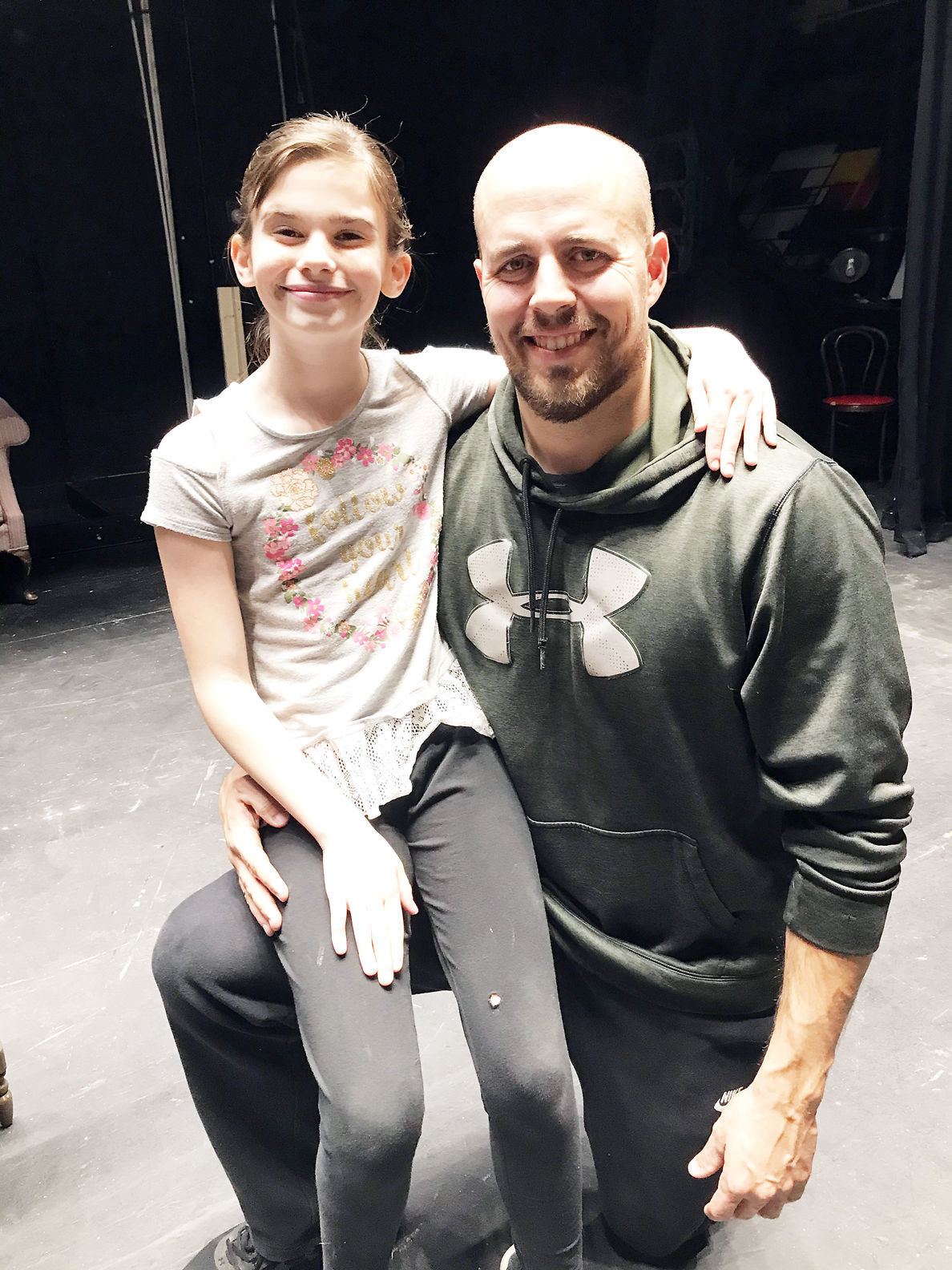 Julia Ptacek and Will Herrington will perform in "Annie." 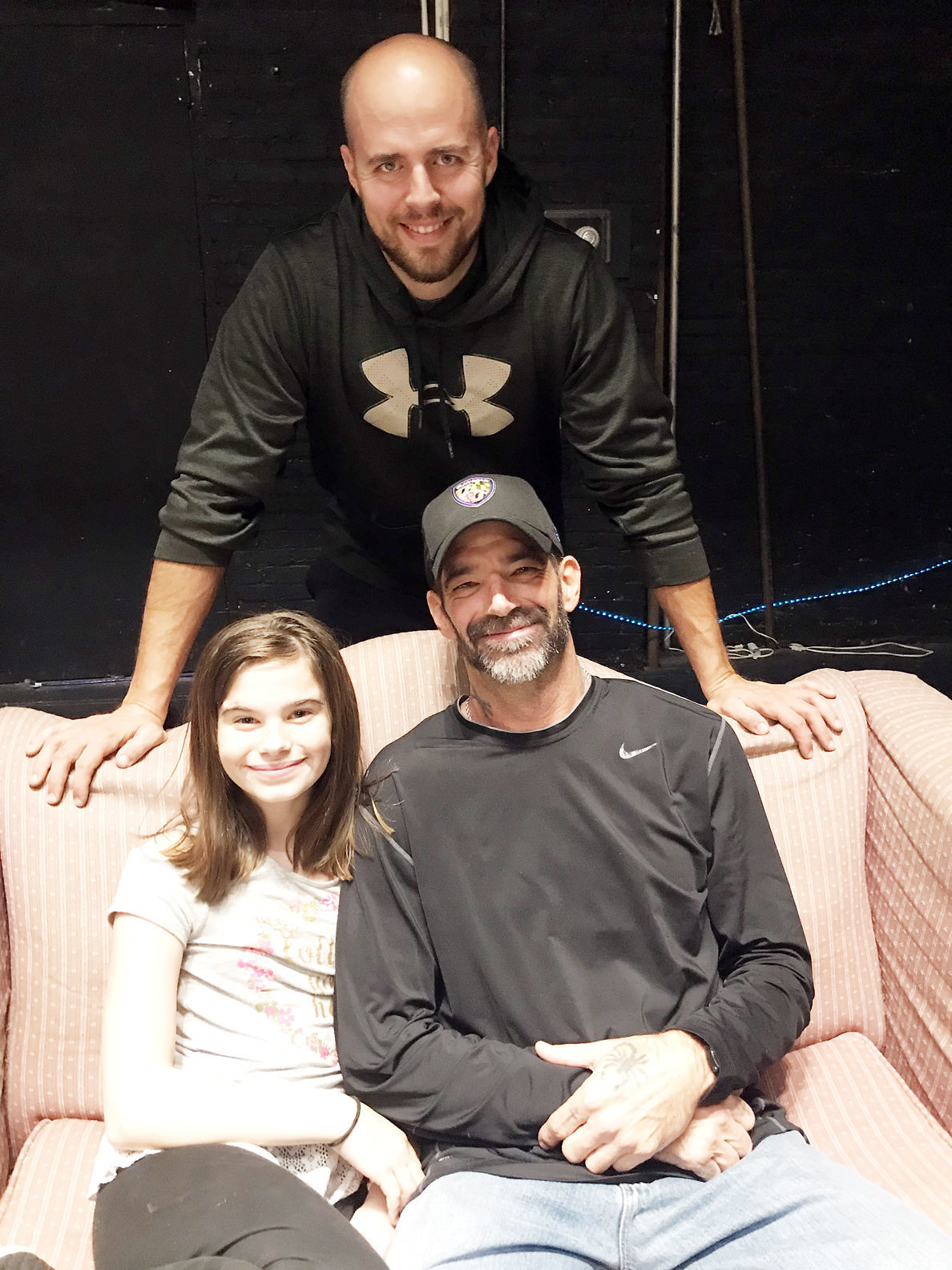 Julia and Matthew Ptacek (sitting) and Will Herington (standing) recently performed in Annie at the Geyer Performing Arts Center. Herrington has been nominated for a best lead actor Tottie Award. 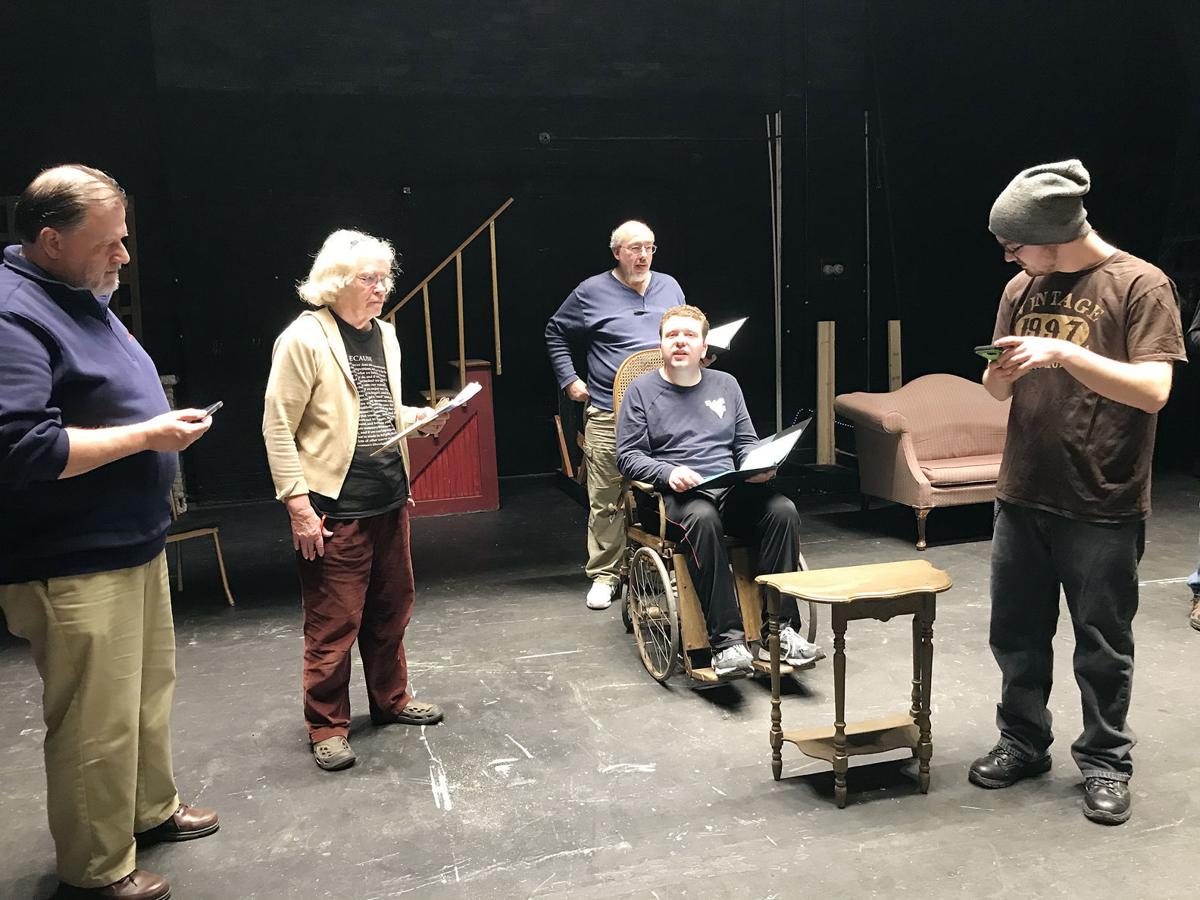 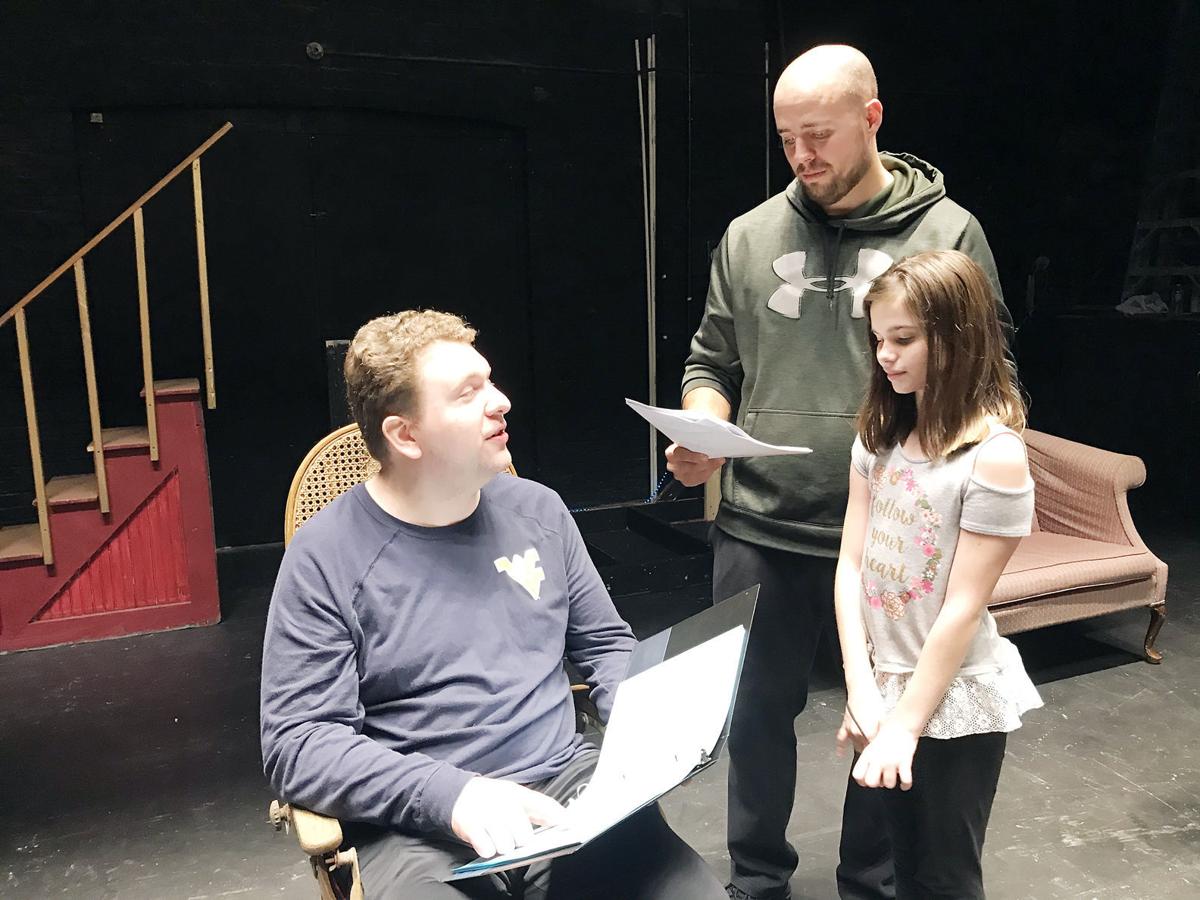 From left, Brandon Kerr, Will Herrington and Julia Ptacek practicing lines at a recent rehearsal.

Julie Ptacek of Connellsville took on the lead role in "Annie."

Julia Ptacek and Will Herrington will perform in "Annie."

Julia and Matthew Ptacek (sitting) and Will Herington (standing) recently performed in Annie at the Geyer Performing Arts Center. Herrington has been nominated for a best lead actor Tottie Award.

From left, Brandon Kerr, Will Herrington and Julia Ptacek practicing lines at a recent rehearsal.

A last minute change will give audiences the chance to enjoy a classic when the musical “Annie” comes to the Geyer Performing Arts Center stage next week.

Nine years after the show played on the same stage to sold-out crowds, Director Tina Lepidi-Stewart is hoping they will have a similar response.

“That’s why we chose this musical,” she said. “It’s one that can certainly draw a crowd.”

Originally, the holiday show that was slated for a December showing was “White Christmas,” but due to the fact that they couldn’t get the rights to the show at the last minute, they had to switch gears.

“I met with my production team to discuss what other possibilities we had, and we decided to go with ‘Annie,’” she said.

According to Broadway.com, the show is Based on the popular comic strip, Annie, that tells the extraordinary story of a little orphan who spends ends up in the lap of luxury with Depression-era billionaire Oliver Warbucks.

Unlike most of the other children at Miss Hannigan’s orphanage, spunky Annie believes that her parents are still alive and will one day return to claim her. So when Mr. Warbucks offers to adopt her, she asks the most powerful man in America to help find her real mom and dad instead, and he agrees.

Warbucks’ whopping reward for Annie’s parents attracts the attention of con artists Rooster, Lily and the wicked Miss Hannigan, who hatch a plot to kidnap Annie and take the $50,000 reward.

Julia Ptacek, 10, a fifth-grade student at West Crawford Elementary School in Connellsville, will be taking on the title role. She is no stranger to the stage, playing the title role of Matilda in a production at the Geyer earlier this year and performing most recently in “Frozen Jr.” with C. Glee at the Porter Theater in Connellsville.

“I just really love to sing, dance and act, and when you do shows like this, you get to express yourself however you want,” she said.

This past summer, Ptacek admitted that she was “shook” when she was cast as Matilda because she had messed up some words in her audition, but she was pretty confident that she’d get the role of Annie after her most recent audition.

“I thought I had a good chance,” she said.

One of the challenges with taking on the role is the limited time she has had to memorize all of her lines, but she has a system in place.

“Being able to do something like this really makes me feel better about myself - like I’ve accomplished something,” Ptacek said.

Nerves don’t really play too much of a role for the young actress, but she said she is a little concerned about working with the dog who will play Sandy.

“I don’t know if the dog will do what it’s supposed to do, but I have a plan for if it doesn’t,” said Ptacek.

“It’s just a really stellar cast,” Lepidi-Stewart said. “Will Herrington has a vast array of experience and although he’s a little younger than expected, I think he’ll pull it off just fine.

“Rachael Szabo is the perfect Miss Hannigan and as soon as Julia (Ptacek) knew she had the part, she sat down and learned the music and is mostly off-book,” Lepidi-Stewart said. “She’s holding her own with the heavy hitters.”

Because of the short time the crew has had to work on the show, Lepidi-Stewart said they have had a few bumps in the road, but they’re back on track.

“Finding the dog (Sandy) has been a huge challenge for us as well as getting the right costumes, because audiences are going to expect to see that red dress,” she said.

But the cast has been phenomenal in working towards pulling off the show without a hitch.

“It’s really a good cast who are eager to learn fast,” Lepidi-Stewart said. “The best part is the sense of community and knowing that everyone will pull together to make this show a success.