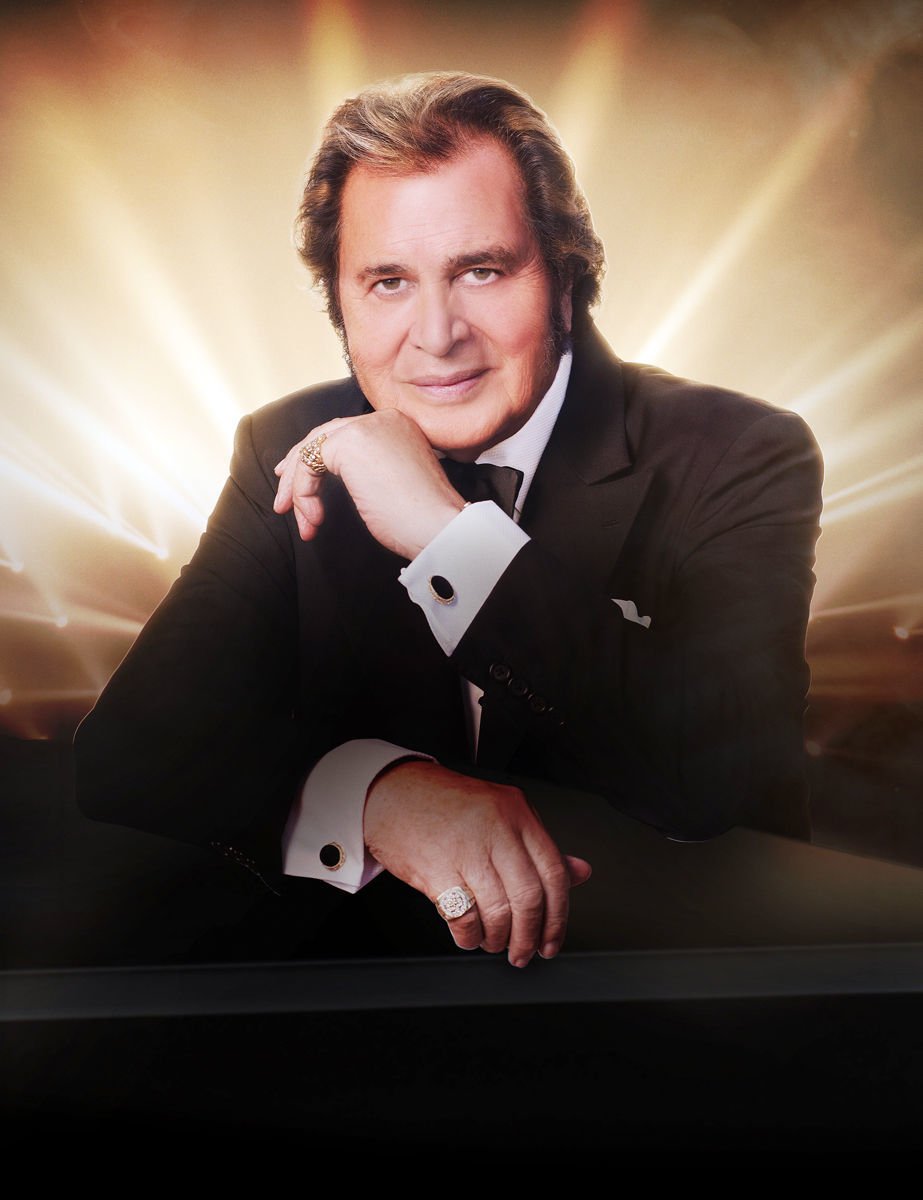 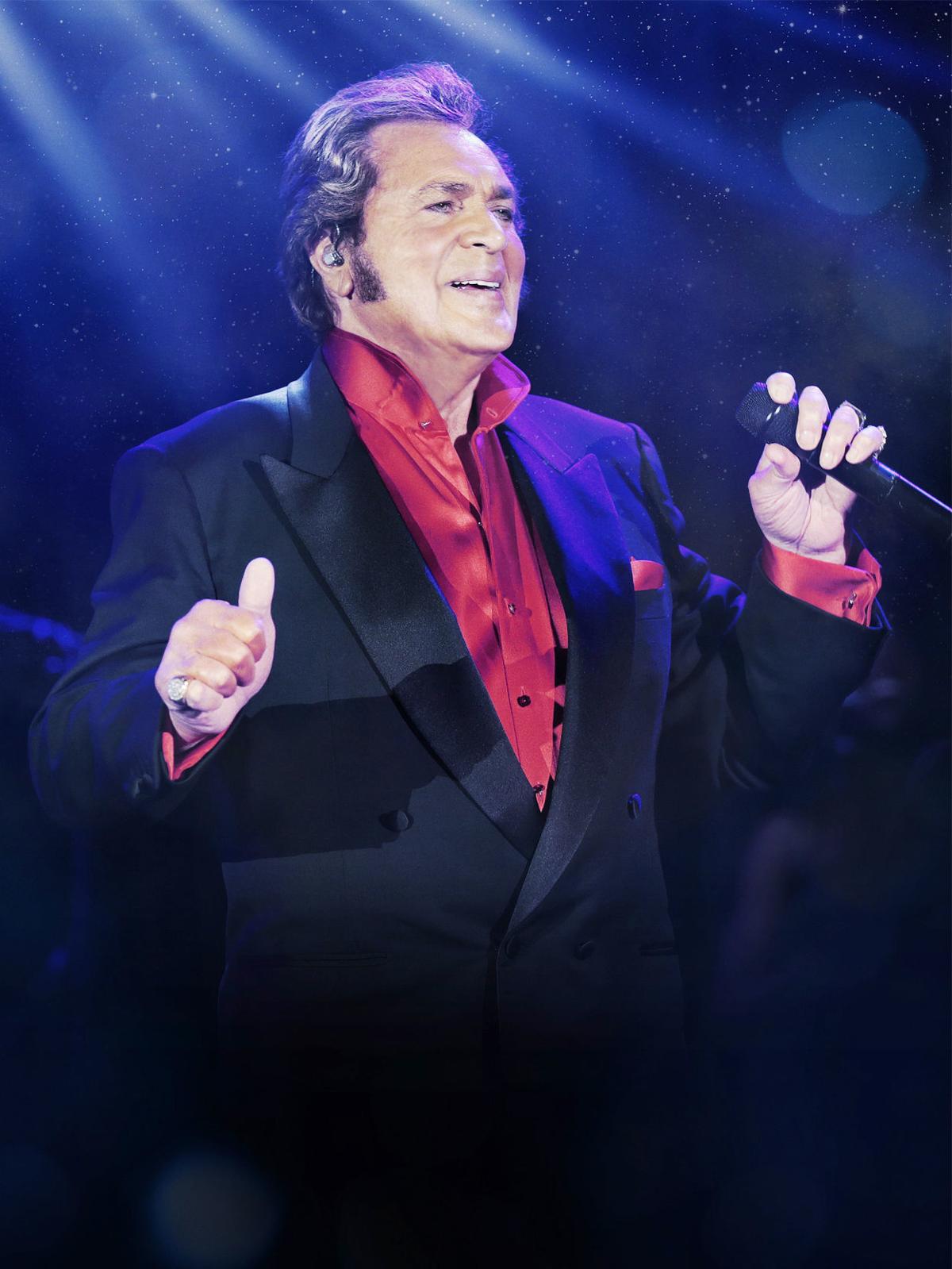 British entertainer Engelbert Humperdinck, who climbed to fame in the 1960s and has had a very successful music career for over 50 years, will make a stop at the Palace Theatre in Greensburg on Sunday to perform as part of his “The Man I Want to Be” tour.

Born Arnold Dorsey, his friends dubbed him Gerry Dorsey at the age of 17 after a Jerry Lewis impression during a pub contest. He worked under that name for almost a decade.

His former roommate Gordon Mills is responsible for coming up with the now famous moniker of Engelbert Humperdinck.

He exploded onto the music scene in the sixties with his first single in the charts, “Release Me,” which went into the Guinness Book of Records for achieving 56 consecutive weeks on the charts.

The following decades saw Humperdinck touring the world to sell-out crowds. In a career spanning almost 50 years, he has generated sales in excess of 140 million records, including 64 gold albums and 35 platinum, four Grammy nominations, and a Golden Globe.

In a recent interview, Humperdinck said he is motivated to continue performing, even at the age of 82, because of a commitment he made to himself and to those who believed in him from the beginning.

“This is what I aim and came to do on this earth, and I believe there is always room for songs that fill your heart or mend it — even if it’s just at a two-hour show once a year,” he said.

He said he can feel the call of the road when he’s been home too long.

“It’s the creative part of me that gets fidgety, not the being at home part,” Humperdinck said. “I love my easy chair, but when you’ve recorded songs called ‘Release Me’ or ‘Am I That Easy to Forget,’ you don’t tend to test to see if it’s true. I’ve worked too hard to be easy to forget or released.”

He acknowledged that if it hadn’t been for the chance to replace Dickie Valentine, as he had fallen ill, on the United Kingdom hit show “Sunday Night at the London Palladium,” there may never have been any memorable moments.

“The day after that London TV show, ‘Release Me’ started flying off the shelves at a rate of 80,000 and more a day,” Humperdinck said. “I knew then that I had walked through a door that God opened, and fate was watching my path. Once on that road, it took me to places I had never dreamed or imagined I’d go.”

Some of his most memorable moments throughout his career include the first billboard in Vegas, stars on the Walk of Fame in Hollywood, Las Vegas and his hometown of Leicester and a relationship with audiences around the world that has lasted for over half a century.

“There have been so many wonderful moments, but it all started with having the courage to take someone’s place,” Humperdinck said. “I was so nervous that night but joked during rehearsal just to act confident. In the meantime, inside I thought they were going to have to replace me if I couldn’t pull it together.”

His love of music and performing came from his love of listening to comedy and music over the Armed Forces Radio when he was stationed in Germany.

“I connected with the saxophone when I was young, but I added comedy and vocals when asked to perform for the lads in the mess hall,” he said. “I always kept a tongue in cheek approach so I could make them laugh but also listen. The spotlight and applause just fed my soul. My dreams became my life and my life outdid my dreams.”

Humperdinck has several musicians who have inspired him and others who continue to inspire him today.

“There are several in the ‘50 year or more club’ who I hold great admiration for — Tony Bennett, Rod Stewart, Sir Elton John to name a few, but today’s world offers up enormous talent in the all around performers as well with Bruno Mars, Lady Gaga and Adele.”