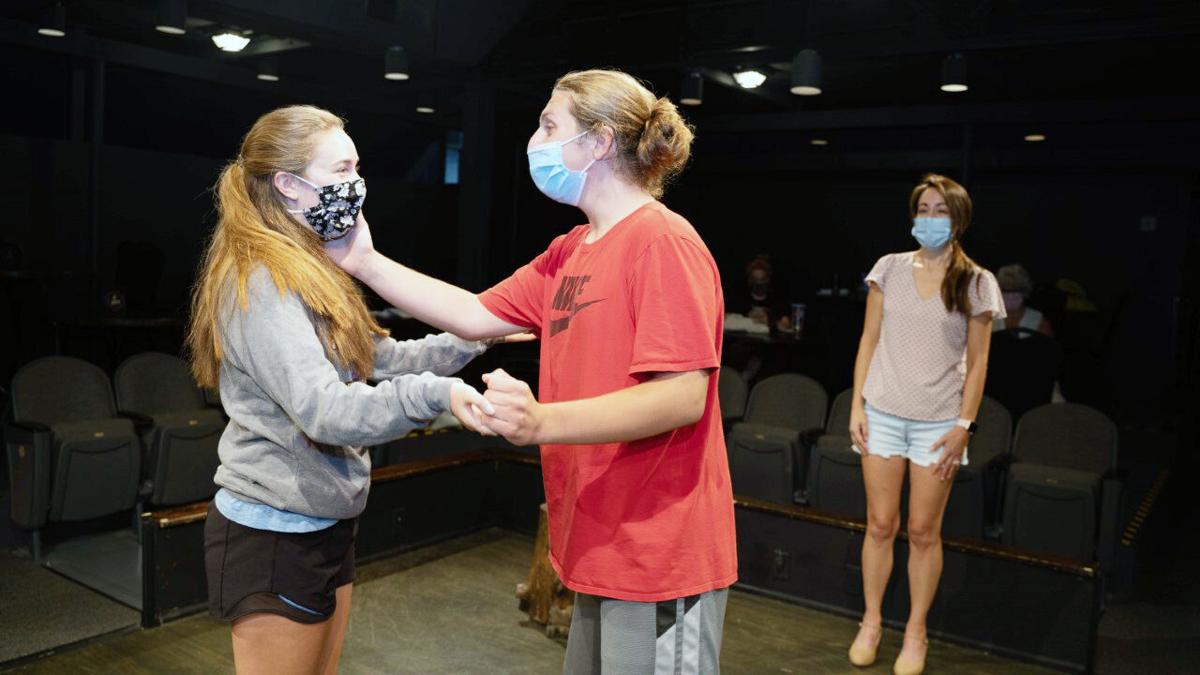 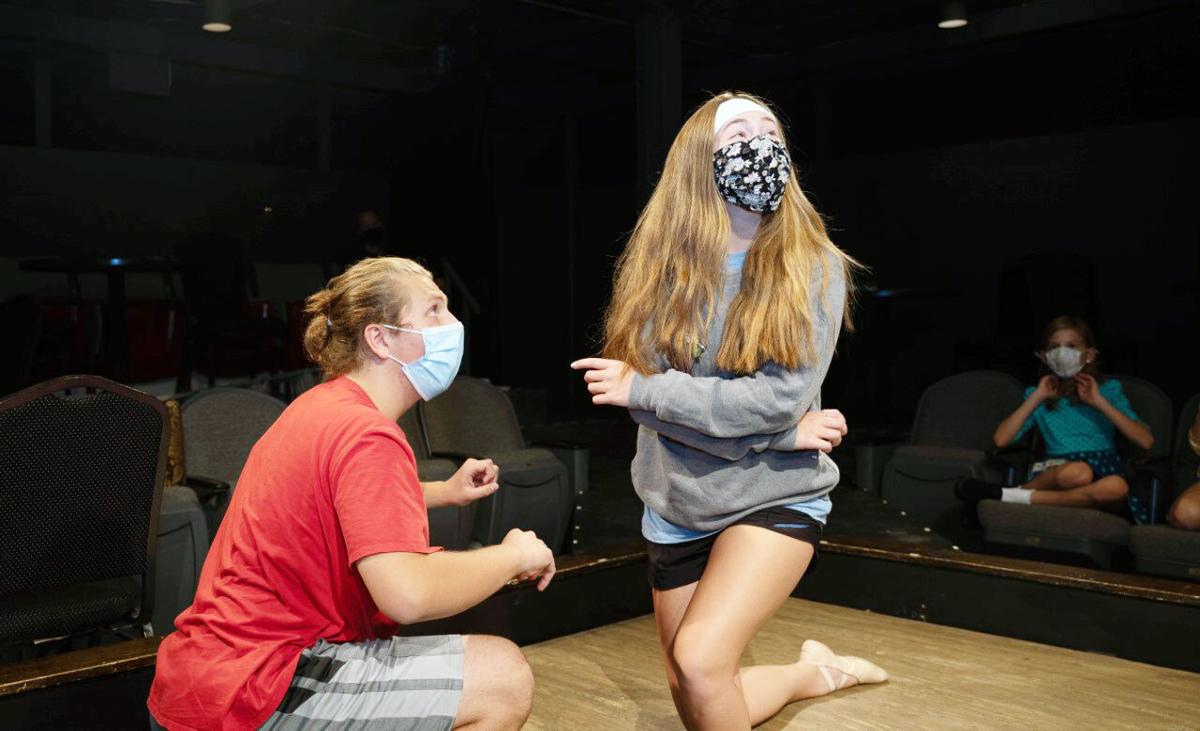 Dylan Lawton as Ugly and Madeline Dalesio as Penny rehearse for "Honk!" at Little Lake Theatre. 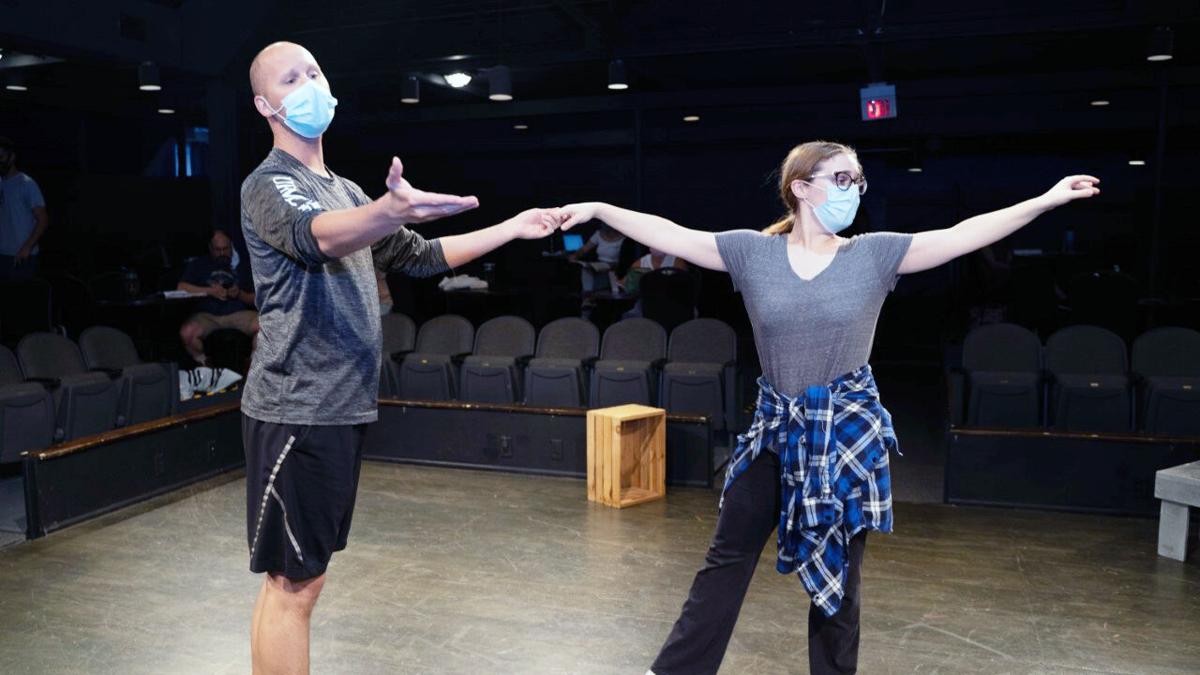 Sam Viggiano as the Cat and Mairead Roddy as Queenie rehearse for "Honk!" at Little Lake Theatre. 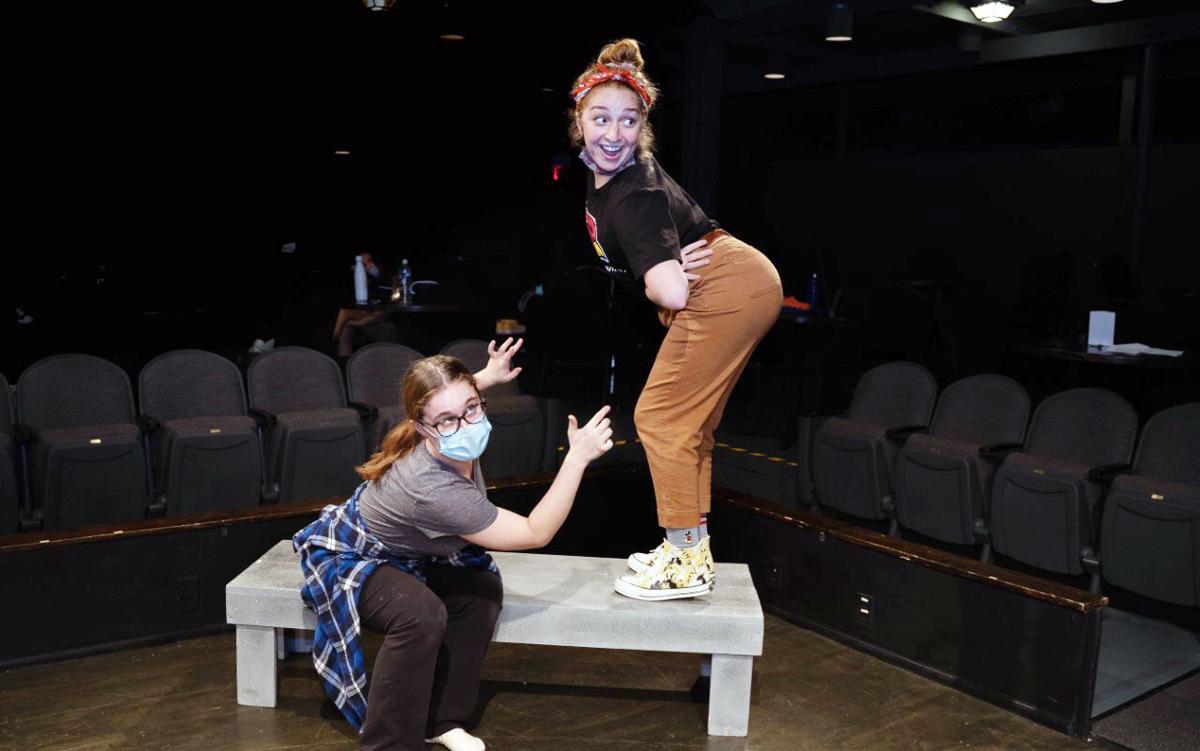 Mairead Roddy as Queenie and Sadie Crow as Lowbutt rehearse for "Honk!," to be performed at Little Lake Theatre this weekend.

Dylan Lawton as Ugly and Madeline Dalesio as Penny rehearse for "Honk!" at Little Lake Theatre.

Sam Viggiano as the Cat and Mairead Roddy as Queenie rehearse for "Honk!" at Little Lake Theatre.

Mairead Roddy as Queenie and Sadie Crow as Lowbutt rehearse for "Honk!," to be performed at Little Lake Theatre this weekend.

The musical "Honk!" is a certified crowd-pleaser, having been staged around the world hundreds of times since its debut on London's West End in 1999, so it was a natural choice for a Little Lake Theatre season dedicated to more light-hearted fare.

But the reworking of Hans Christian Andersen's beloved tale "The Ugly Duckling" also has a personal resonance for Jena Oberg, Little Lake's artistic director. She has a daughter with hearing impairments, and was struck by the story of "a mother's love, no matter what."

"I really love the story, and as the mother of a kid who is different and special, it speaks to my heart," Oberg explained.

"Honk!" originally went under the much less wieldy title "The Ugly Duckling or the Aesthetically Challenged Farmyard Fowl" and was created by Anthony Drewe and George Stiles, the British team that has also reworked the musicals "Peter Pan" and "Mary Poppins" and created a fresh musical based on the Graham Greene novel "Travels With My Aunt." "Honk!" won the prestigious Laurence Olivier Award for Best New Musical in the months after it bowed, beating out "The Lion King." Slaying a giant like "The Lion King" helped bring "Honk!" to the attention of theater cognoscenti around the world.

Drewe said in a 2015 interview, "There's something quant about how ("Honk!") works and way it touches people. It's got a strong anti-bullying message..."

Its first performance set for today at 7:30 p.m., "Honk!" has a relatively large cast, with actors taking on characters named Turkey, Bullfrog and the Cat. The actors at Little Lake do not slip into costumes fully depicting ducks or any other creatures, but instead the actors wear outfits that have the same color scheme as the animals -- the ducks are in yellow, for instance, and have feathers in their hair. Oberg explained that the costumes are also meant to summon up a kind of Norman Rockwell-style vision of 1950s America.

Oberg is also the director of Little Lake's staging of "Honk!" She has taught musical theater courses and directed and choreographed several other musicals throughout her career. What does she enjoy about them?

"It's fun to be able to tell a story in a heightened way, and the energy that comes with a musical," she said.

Located off Route 19 in Washington County's North Strabane Township, Little Lake Theatre has been operating at limited capacity throughout the season to keep visitors apart and is following other COVID-19 protocols. Masks are mandatory regardless of vaccination status, unless a ticket-holder is eating or drinking.

"If you're looking for a good, upbeat, appealing musical, this is good for everyone," Oberg said.