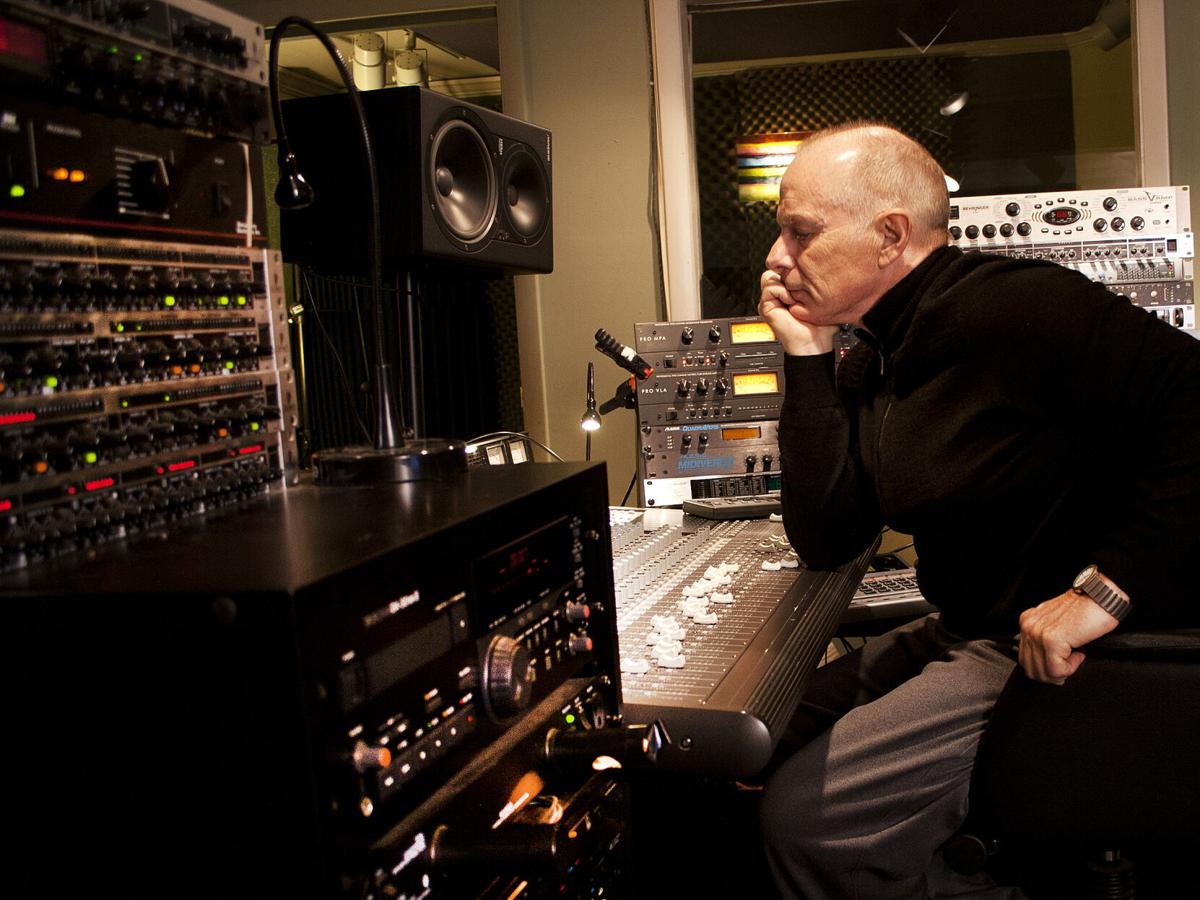 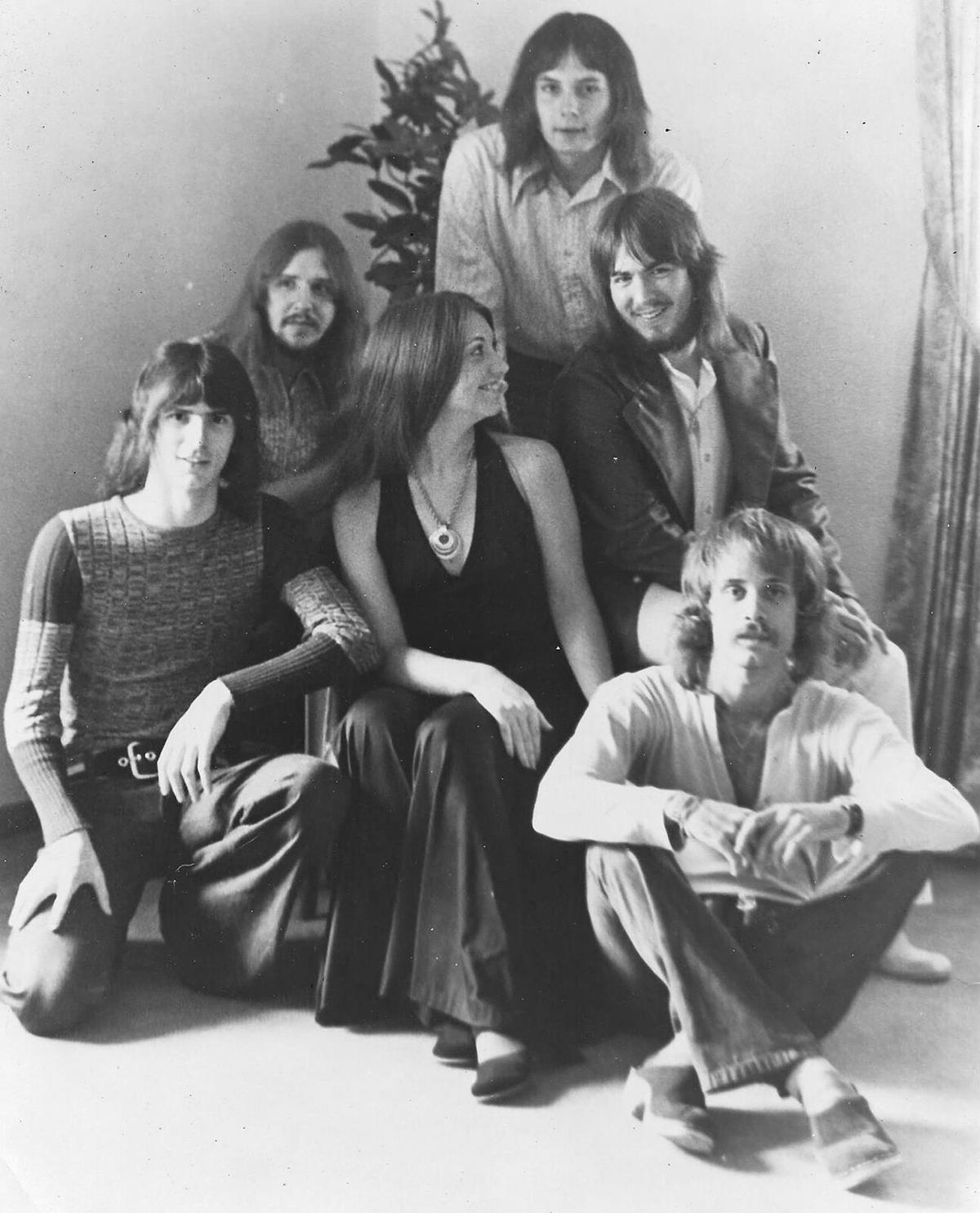 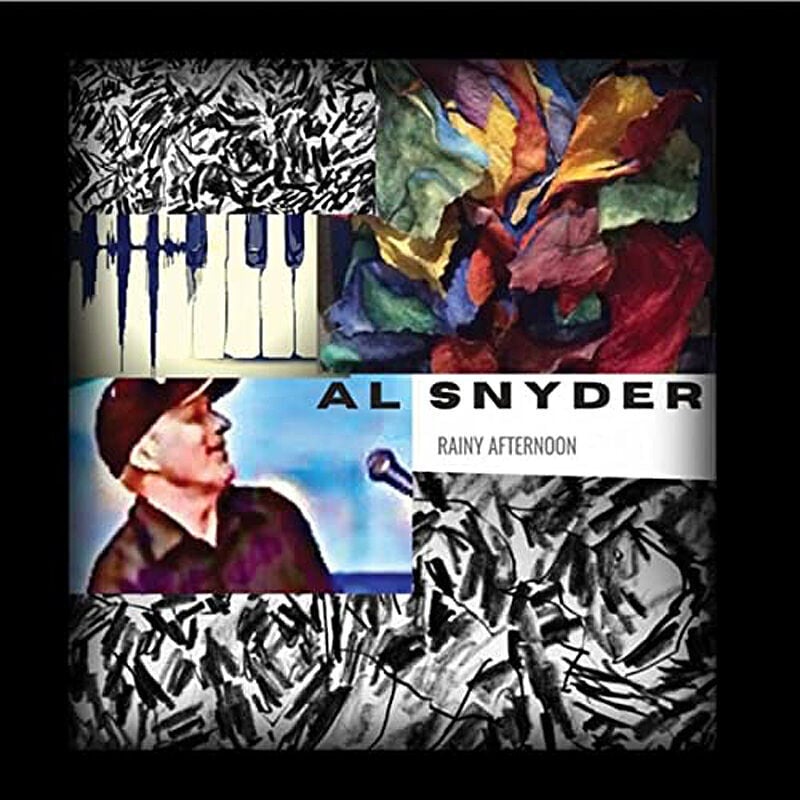 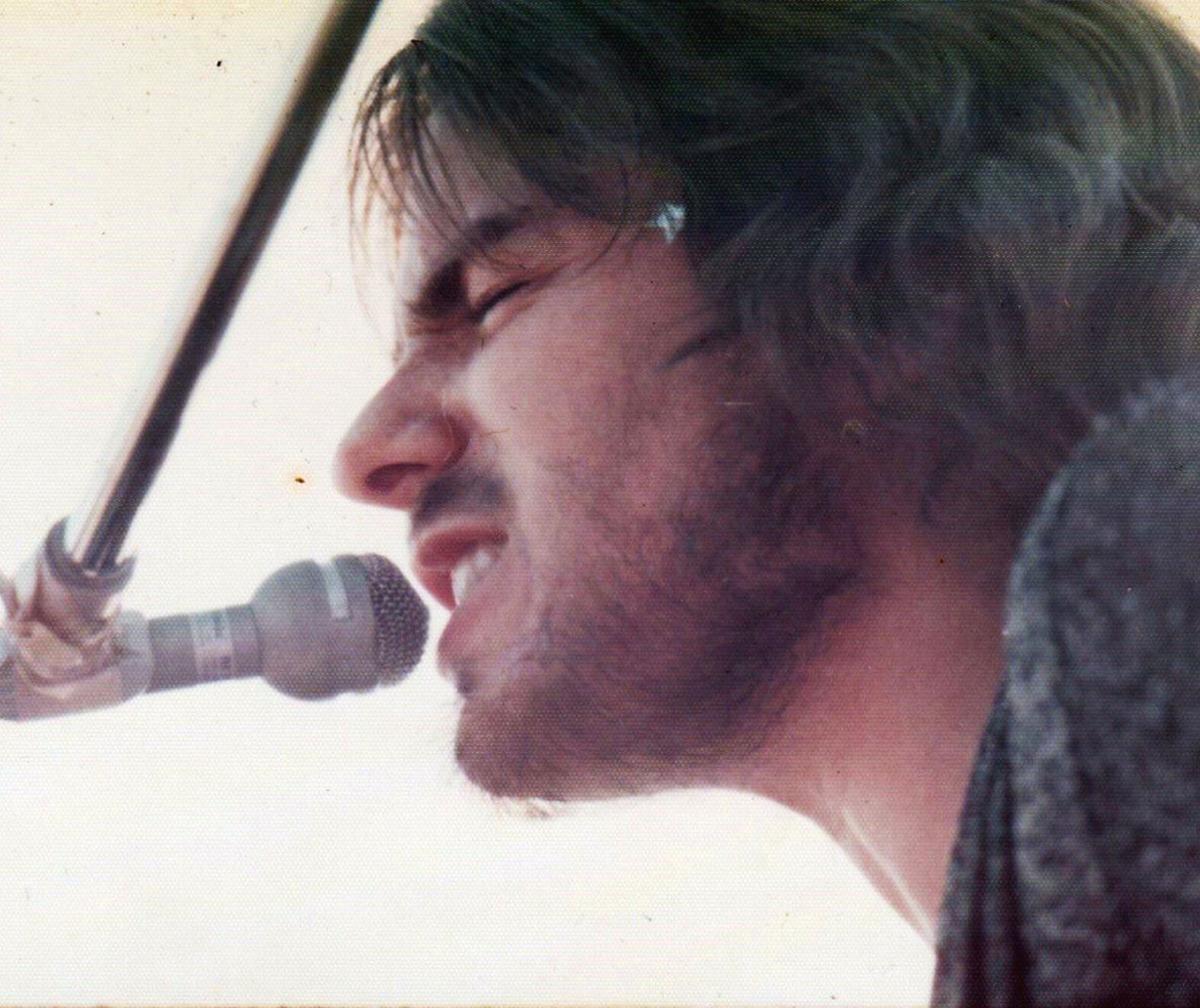 Al Snyder, back in the day 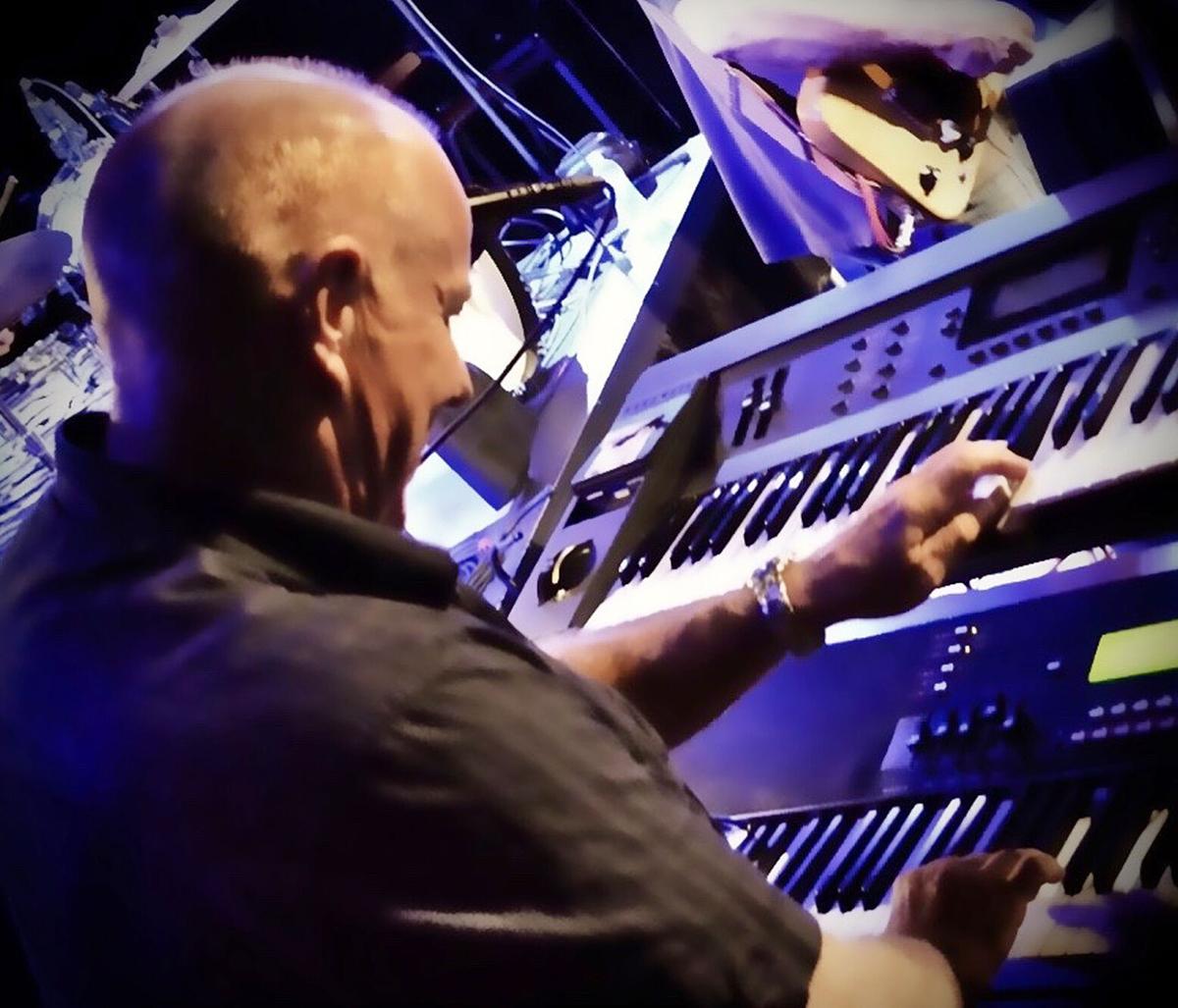 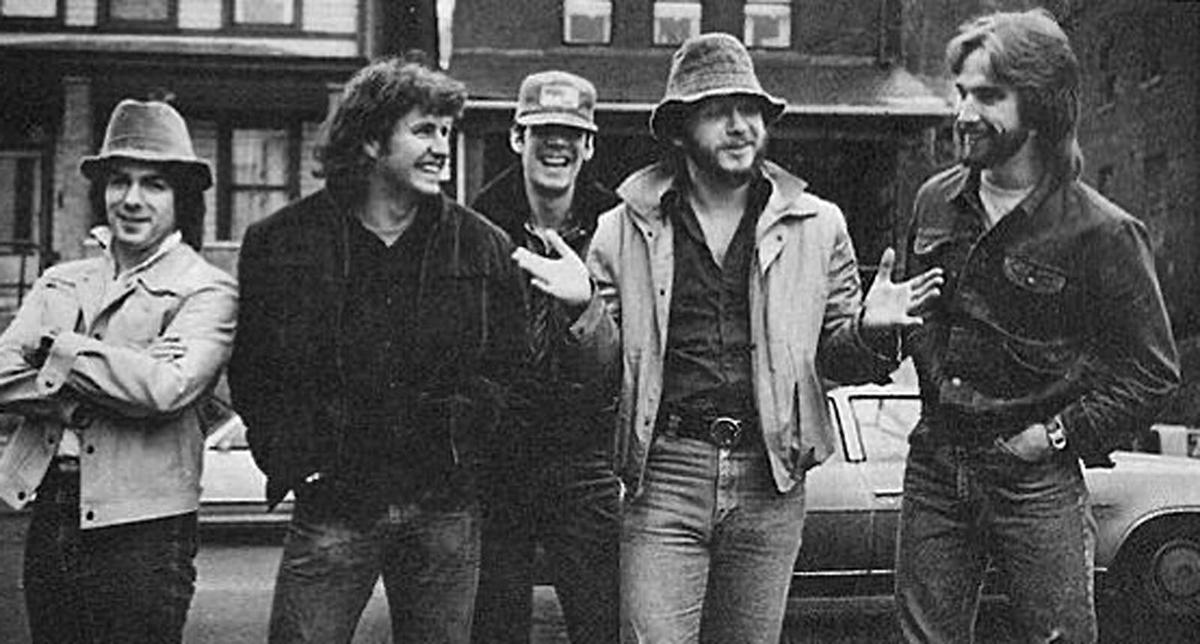 Al Snyder, back in the day

Al Snyder was pleasantly surprised to once receive “something” from George Harrison.

“I’m such a big Beatles fan, and I get this letter in the mail,” Snyder recalled. “It’s one of the biggest shocks of my life.”

One of the world’s most famous entertainers, as it turned out, wanted to use the registered name of Snyder’s Pittsburgh-area band for a few purposes. After a settlement, “Dark Horse” became the name of a Harrison song, album and record label.

As part of the settlement, Darkhorse, the band, was presented with what Snyder considered to be a long-shot opportunity to sign with Dark Horse Records. In a nod to what John Lennon said during the Beatles’ rooftop concert of 1969, Snyder has been telling folks for years that his group did not “pass the audition.”

He did, though, enjoy the process of recording the Darkhorse demo so much that he decided to invest in his own equipment and start a studio.

More than four decades later, after working with countless musicians on myriad projects, the keyboard player from Scott Township has released his first album of original compositions, “Rainy Afternoon.”

“Isn’t it terrible that you have a studio and you’re doing everybody else’s work, and when it comes to your own stuff, you think, I’m exhausted,” he said.

Actually, one track is the traditional “Stagger Lee,” probably best known for Lloyd Price’s version that topped the charts in 1959. Snyder’s arrangement, which he has been playing since his Darkhorse days, is so distinctive that he had it copyrighted.

Co-writing two “Rainy Afternoon” songs and playing guitar on a total of seven is Dave Hanner, half-namesake with Bob Corbin of one of Western Pennsylvania’s most successful musical aggregations.

Joined by Snyder on keyboards, bass player Kip Paxton – he performs on “Rainy Afternoon,” too – and drummer Dave Freeland, the Corbin/Hanner Band placed half a dozen singles on Billboard’s country chart in the early ’80s.

The band previously was known as Gravel and shared some bills with Darkhorse. One day, Freeland called Snyder to ask if he’d play a fairly involved piano part for Gravel.

“I said, ‘This sounds really good, but why don’t you come over to my studio, and I can do better,’” Snyder recalled. “So they came over, and then we did five or six songs and sent them down to Nashville.”

As part of a record deal for them as a duo, Corbin and Hanner recently had visited Tennessee’s music capital to record with some session veterans.

“They had five songs in the can with studio players, and when we sent down these songs from my studio, they liked the band better,” Snyder said. “So they scrapped what they had from the studio players and signed the whole band.”

He had yet to perform with his bandmates live, though. When the time came, at a venue in Latrobe, Corbin was out of action following a vehicle accident and Hanner turned up too sick to take the stage.

“So here’s me – never playing with them ever, except in the studio – and it’s me and Freeland and Kip,” Snyder said. “So the first job I ever played with the Corbin/Hanner Band was without Corbin and Hanner.”

Meanwhile, Snyder’s studio served as the site for the recording of quite a few songs that became hits. A prime example is the Hanner composition “Lord, I Hope This Day Is Good,” which Don Williams took to country’s No. 1 in 1981, and it since has become a standard, most recently covered by Caylee Hammack and Alan Jackson.

Since his Darkhorse days, Snyder has been involved with numerous musical project, including a popular collaboration with the Pittsburgh Zoo. He wrote and performed 26 songs that played for patrons in front of the various exhibits, and followed up a few years later with a second round.

Today, “Zoo Key Songs” is available through various merchants and services for the enjoyment of the entire family.

Snyder also has teamed with Tom Rooney to put together the annual “12 Bands of Christmas” compilation for Pittsburgh’s Froggy FM radio stations, and he works regularly with guitarist Mike Lewandowski in a band called A.T.L. & S. that has released three albums.

Lewandowsky is another contributor to “Rainy Afternoon” as a performer and writer, sharing composing credits on three songs. Also appearing on a majority of tracks are drummer Joe Waslouski and bass player Curt Erickson.

The album, the sonic quality of which attests to Snyder’s expertise in the studio, combines atmospheric pieces with good old rock ’n’ roll. Its 12 songs are presented in a specific order for the sake of balance between styles.

For the latter, he arrived at one called “Charles Moses,” featuring lyrics such as “That cat is cool, but he’s always in style.” That can be taken literally, as the namesake is a friend’s feline.

And opening the album is “Thank You,” an upbeat and heartfelt message to a special person: “Little things in my life, they all come from you/It’s like you’re there, you’re there, in everything I do.”

The breakup song “Goodbye” would seem to be an appropriate way to wind up proceedings, but Snyder decided to mix it up again with “Stagger Lee” as the closing track, his piano pounding away to actual audience sounds from a Corbin/Hanner concert.

“I had a good time putting it together, and after all this time, I wanted everything to be right. I probably spent a little more time than I should’ve,” Snyder said. “I haven’t really released it formally yet, because I want to go out and do a release party.”

Despite COVID-19 delaying such festivities, the album is available for preorder, and fans and fellow musicians apparently were paying attention when he starting spreading the word about “Rainy Afternoon” on social media.

“The studio went crazy after that,” he said. “All my old clients came out of the woodwork.”

Albey Road Studio, he calls it, after a nickname bestowed upon him. Any resemblance to the London venue where a certain quartet used to record is coincidental.