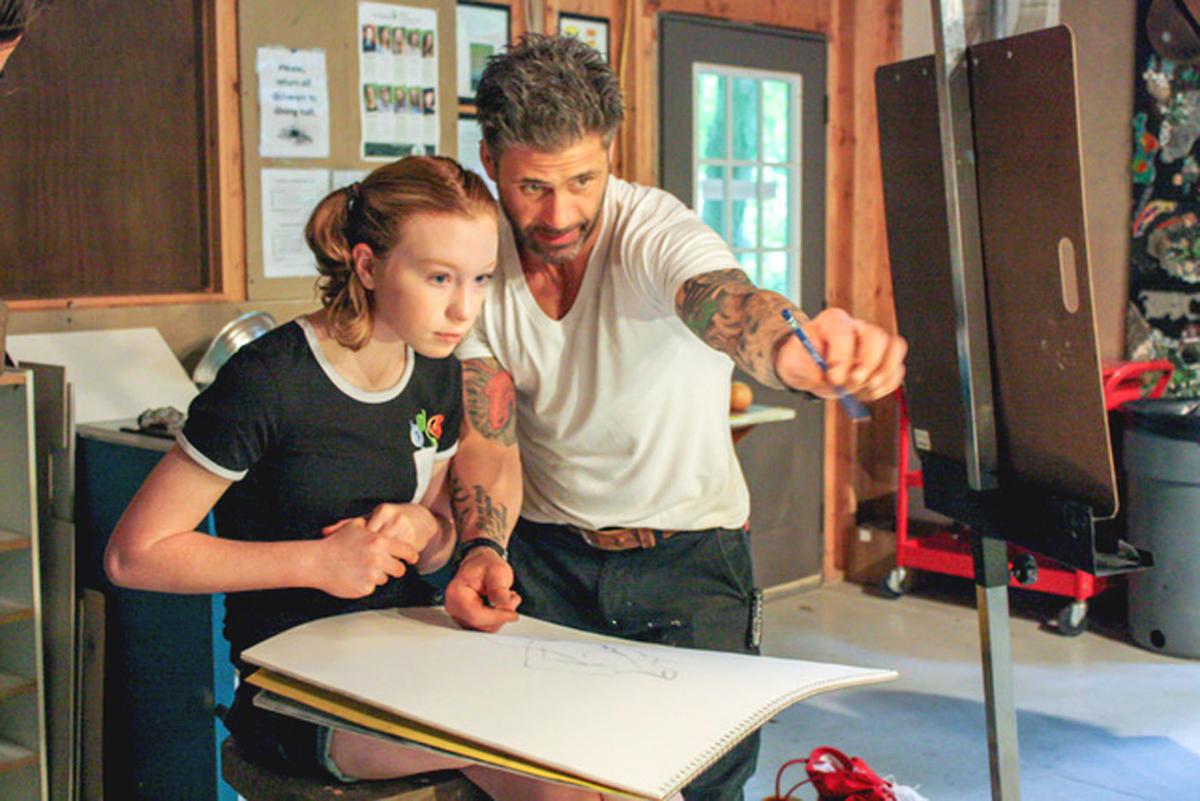 Above, painting instructor Josh Mitchel gives advice to a student during a painting and drawing workshop. 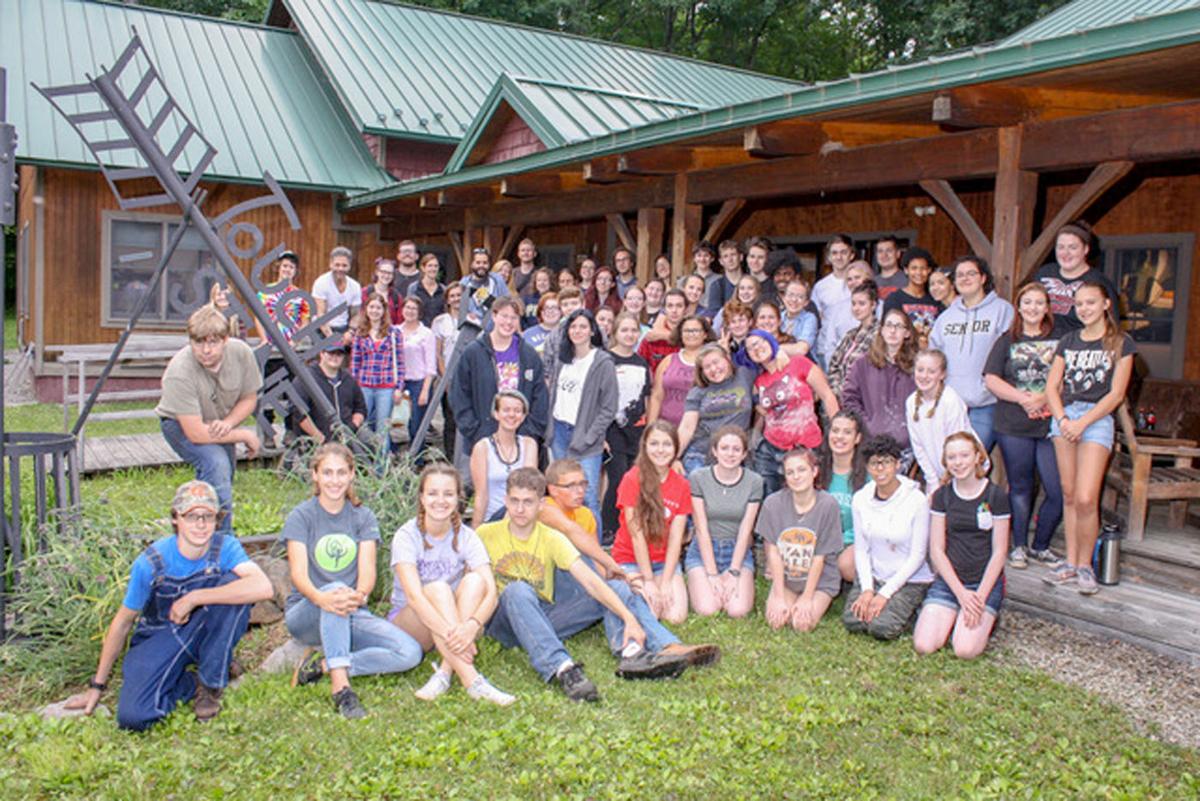 Dozens of teens have made their way to Touchstone Center for Crafts during teen week workshops. 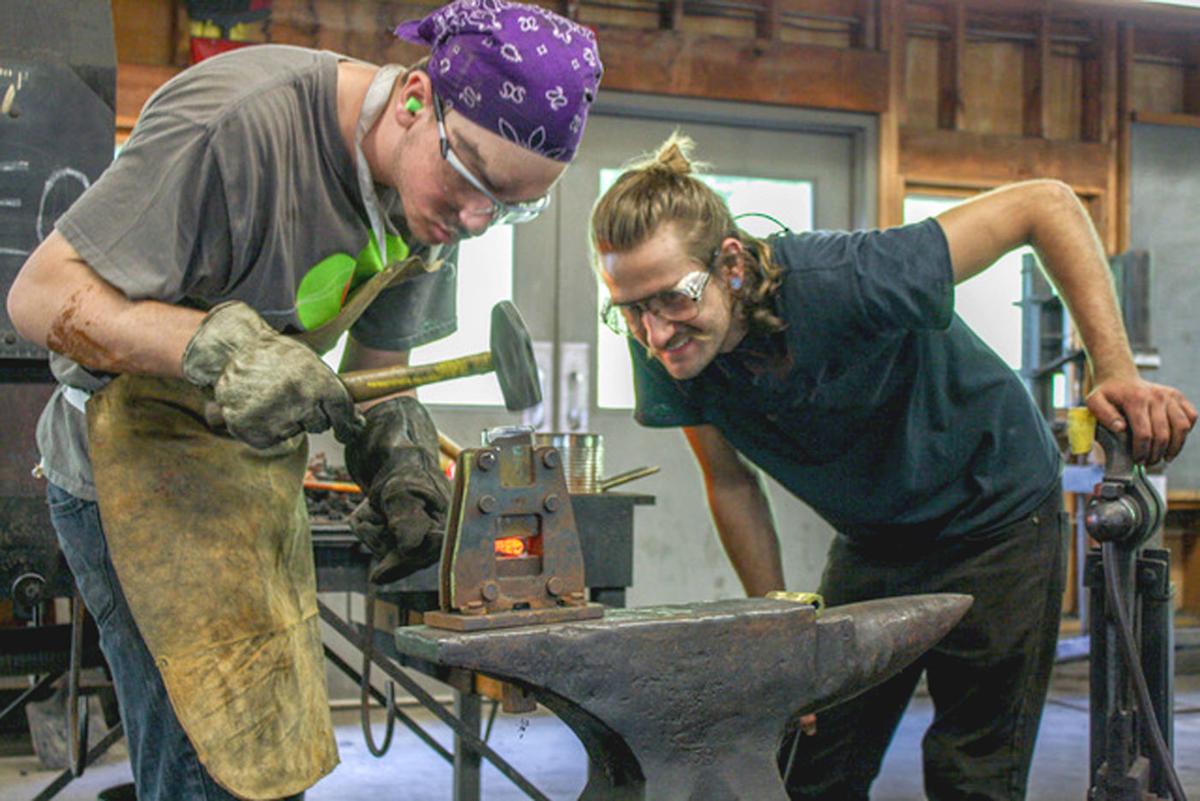 Touchstone intern, Nathanael Weiss (right) helps a student in a blacksmithing workshop. Weiss will be returning in 2019 to teach several workshops. 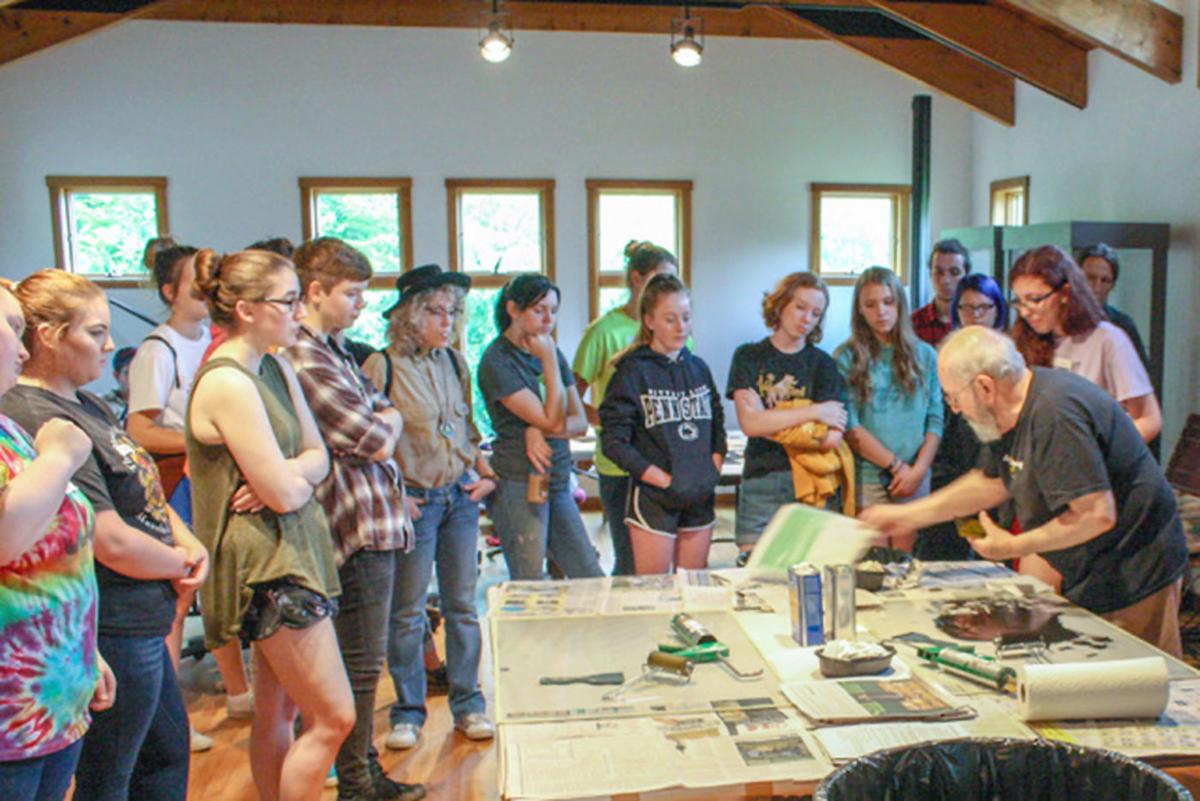 Above, painting instructor Josh Mitchel gives advice to a student during a painting and drawing workshop.

Dozens of teens have made their way to Touchstone Center for Crafts during teen week workshops.

Touchstone intern, Nathanael Weiss (right) helps a student in a blacksmithing workshop. Weiss will be returning in 2019 to teach several workshops.

The blend of favorite workshops and the addition of some new events have officials with Touchstone Center for Crafts in Farmington excited about the upcoming 2019 season.

Lindsay Gates, executive director of the center, said the new workshop they’re most excited about is one that caters to educators.

“We’ve created an educator retreat for 2019 that we’ve modeled after our teen week where we’re inviting any educators from kindergarten through 12th grade who teach any subject,” she said.

“We wanted to build a network of support that allows the educators to come together, share their experiences, learn a new skill that they can take back to their students and just have a nice week to relax in the beauty of our campus,” Gates added.

Colleen Hoesch, president of the center’s board of directors, said the idea for making the week open to all educators, and not just art educators, was so that they would go back and talk with other teachers and share their experiences about how creativity can contribute to success in all subjects.

In the past, the center has had several educators serve as chaperones during the teen week, and after the center reviewed some of their participant surveys, they noticed one of the things they enjoyed the most about the week was the opportunity to meet and connect with other educators.

“We’re hoping we’ll be able to fill the week with 55 educators and a diverse mix of different backgrounds, geographical regions and different experiences,” Gates said.

The week will also provide Act 48 credits - credits that Pennsylvania educators have to earn over their career.

As with teens who want to join the workshop set aside for them, but may lack the funds to do so, there will also be an opportunity for educators to apply for a scholarship to participate in the week, which is scheduled for Aug. 5 through 9.

Gates said the Community Foundation of Fayette County has supported a number of tuition scholarships for educators, and applications for all scholarships for both the educators week and teen week are available now through March 15 on their website at touchstonecrafts.org.

“We’re hoping we’ll be able to call this the first annual retreat for educators,” she said. “We know that if we can reach educators, they will take that knowledge back and inspire students and they will also learn that Touchstone is a resource for the arts.”

Also new this year, Gates said they will be adding some one-day workshops geared toward individuals ages 14 and older. Participants will have the option to create in one of their workshops, which include blacksmithing, glass, metal and jewelry, ceramics and painting and drawing.

Another new option this year is the addition of two workshops scheduled for June 15 and 16 and Sept. 7 and 8, for individuals ages 14 and older.

The workshops traditionally are five days and the ages to participate, other than teen week, have usually been ages 18 and older.

Hoesch said these two options can really appeal to individuals who might not be able to take an entire week off of work to participate in their traditional workshops, and it also gives some younger teens the opportunity to participate with a parent or even have the opportunity to talk with instructors and see if it something they might want to pursue after high school.

Date Nights will continue for 2019 and will be held from 6 to 8 p.m. the second and fourth Fridays from June through September. The cost is $75 per couple and no experience is needed.

The two-hour mini-workshops are designed to introduce individuals to a variety of craft processes and media and will include appetizers and refreshments.

Hoesch said the date nights are also a perfect way for individuals to get a taste of a certain media to see if it’s even something they enjoy before signing up for the longer, more intense workshops.

Gates said they are also holding their first open house festival from 11 a.m. to 4 p.m. on June 2 that is free and open to the public.

It will be a day full of art exhibitors, artist pop-up shops, demonstrations and studio tours.

“It will be a great day for people to come and check out who we are and what we do,” said Gates.

For the first time, the center will also host rotating exhibits of works by members of Associated Artists of Pittsburgh in the Iron Gate Gallery.

“They had a need for wanting to find a way to have more exposure in Fayette County and we’re really excited to be able to do this,” Gates said. “We want to find more ways to partner with area organizations and to be a resource for them, so this is perfect.”

She added that they are very excited for the upcoming year. The season kickoffs in April, but registration for all workshops and events throughout the year is now open.

To register for a workshop or event or to submit a scholarship applications, visit www.touchstonecrafts.org.