Log In Sign Up
You have permission to edit this article.
Edit
News
Obituaries
Calendar
Classifieds
Sports
Opinion
Greene County Fair
About Us
Homes
Subscribe
1 of 7 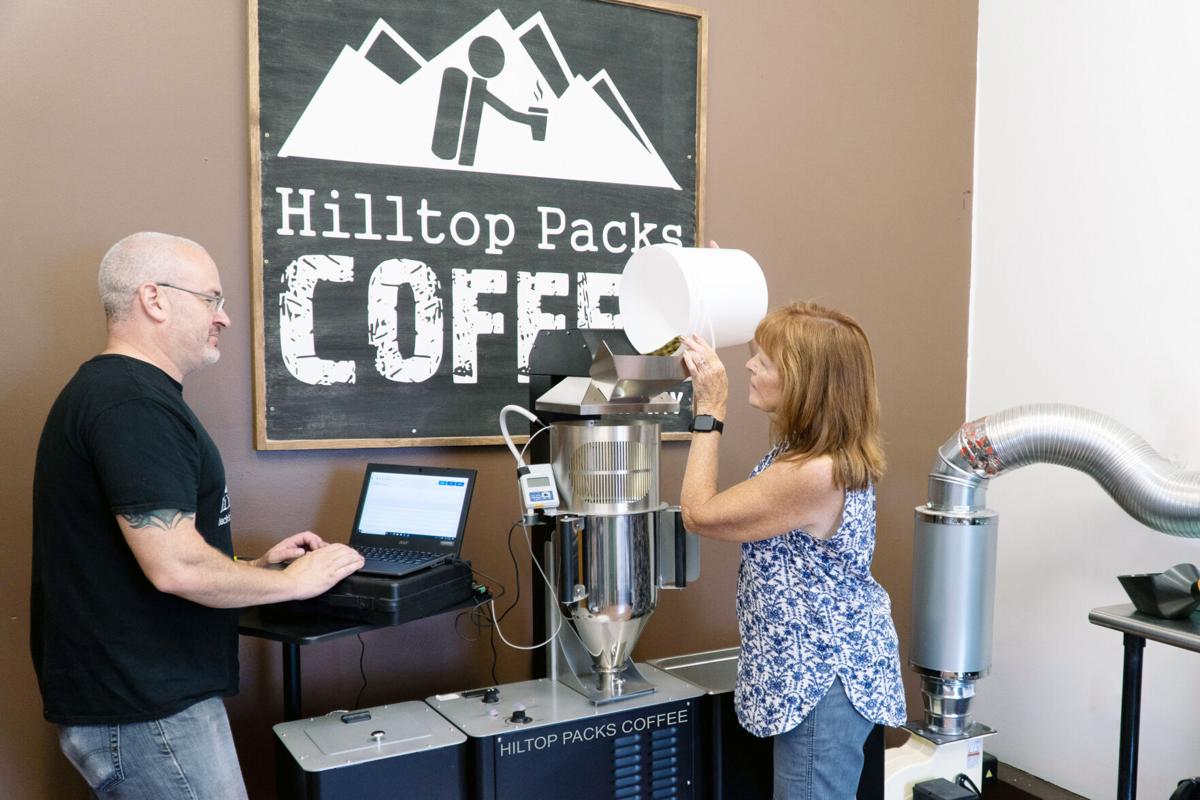 Ben McMillen and Bridget Vilenica pour coffee beans into a roaster in their new Waynesburg business, which is set to officially open July 21 at 1006 E. Greene St. 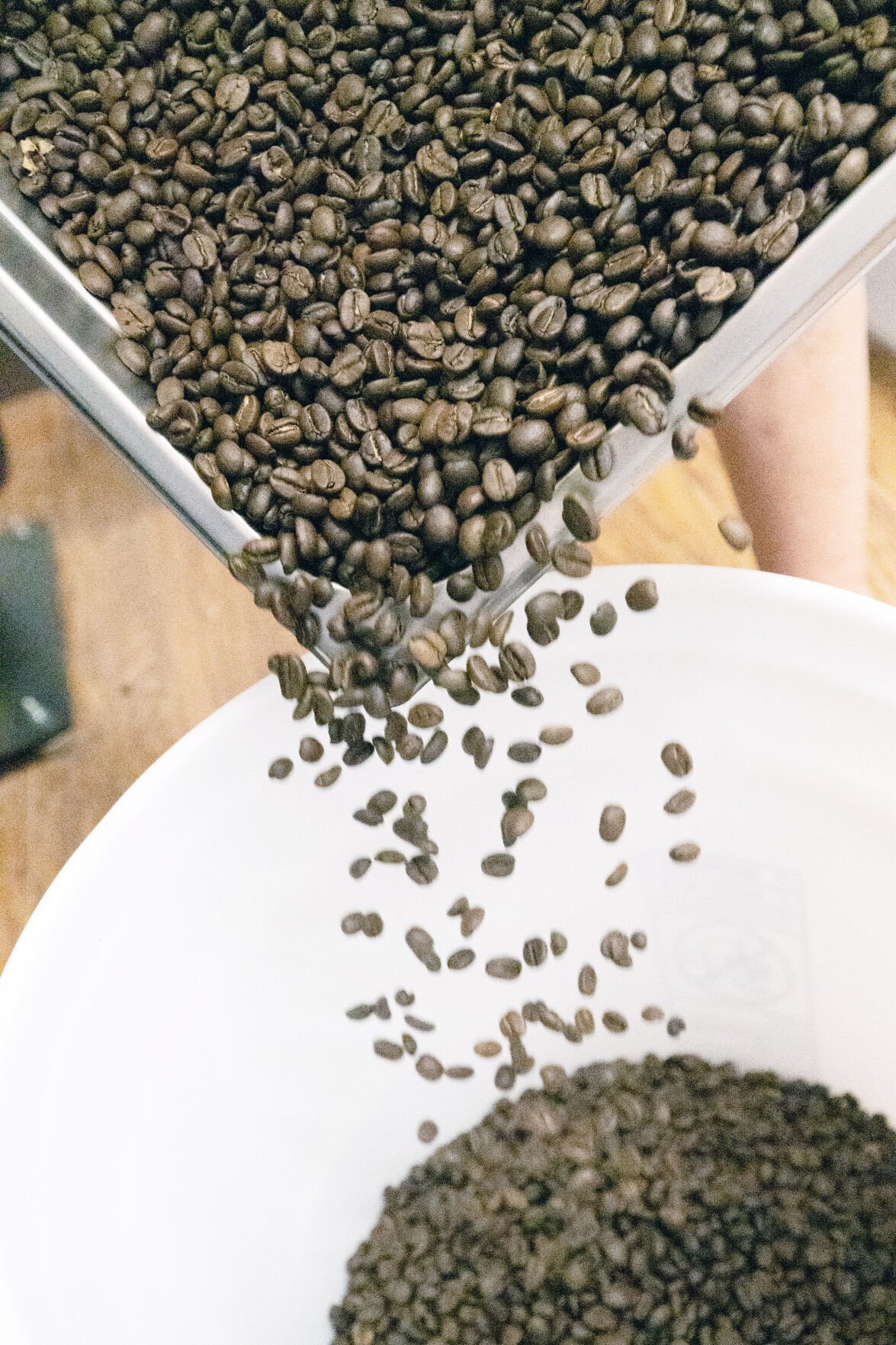 Coffee beans from numerous locations will be available at Hilltop Packs Coffee LLC in Waynesburg. 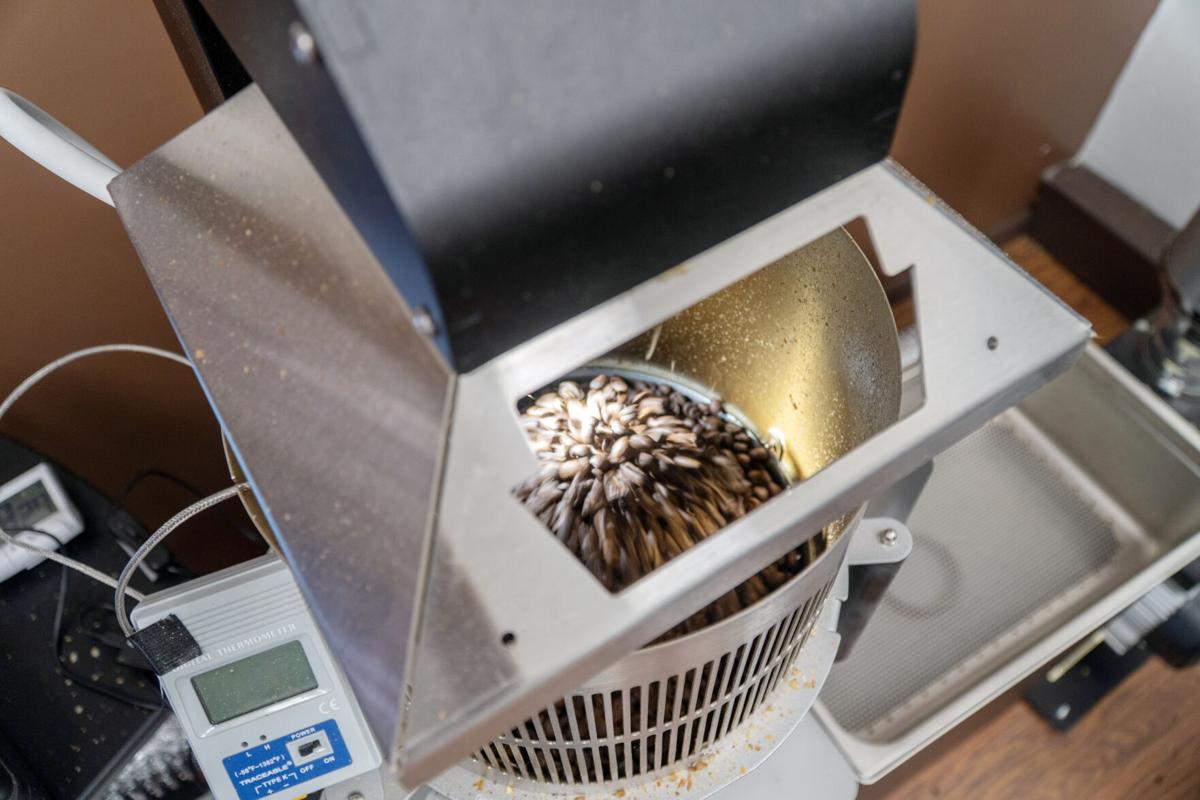 Coffee beans are prepared in a roaster at Hilltop Packs Coffee LLC in Waynesburg. 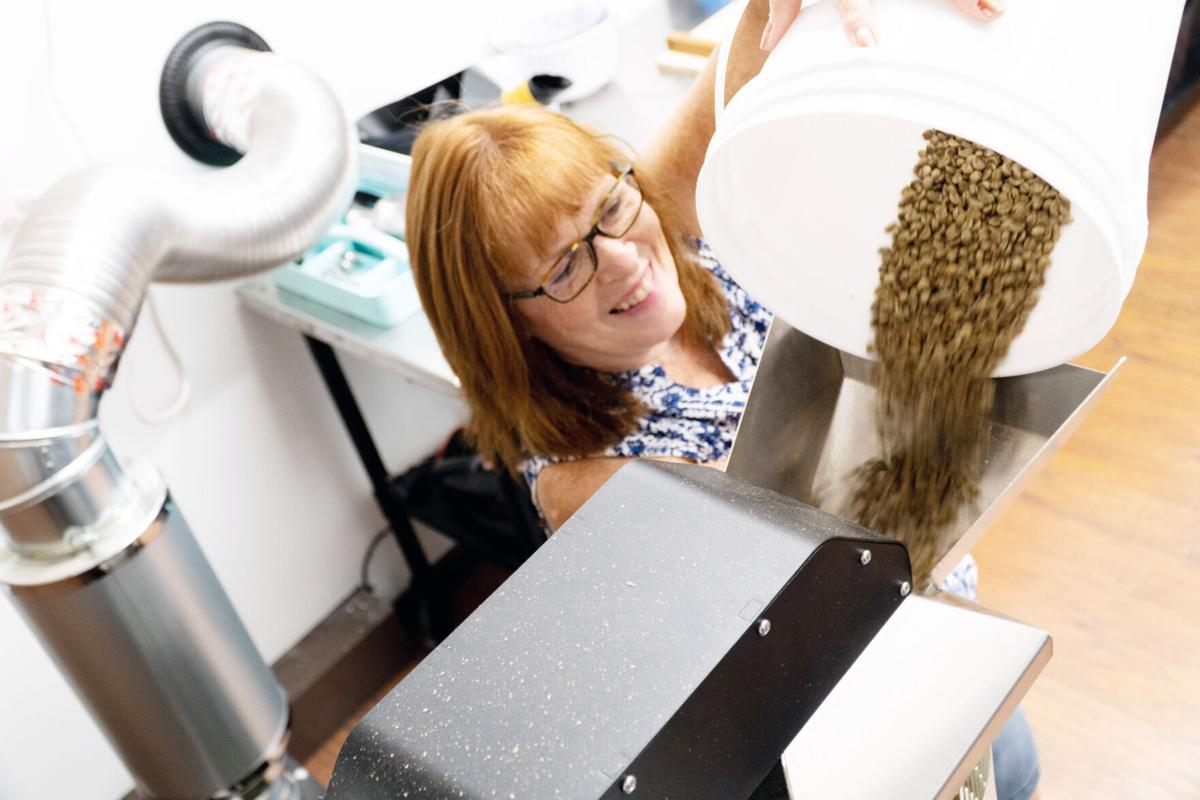 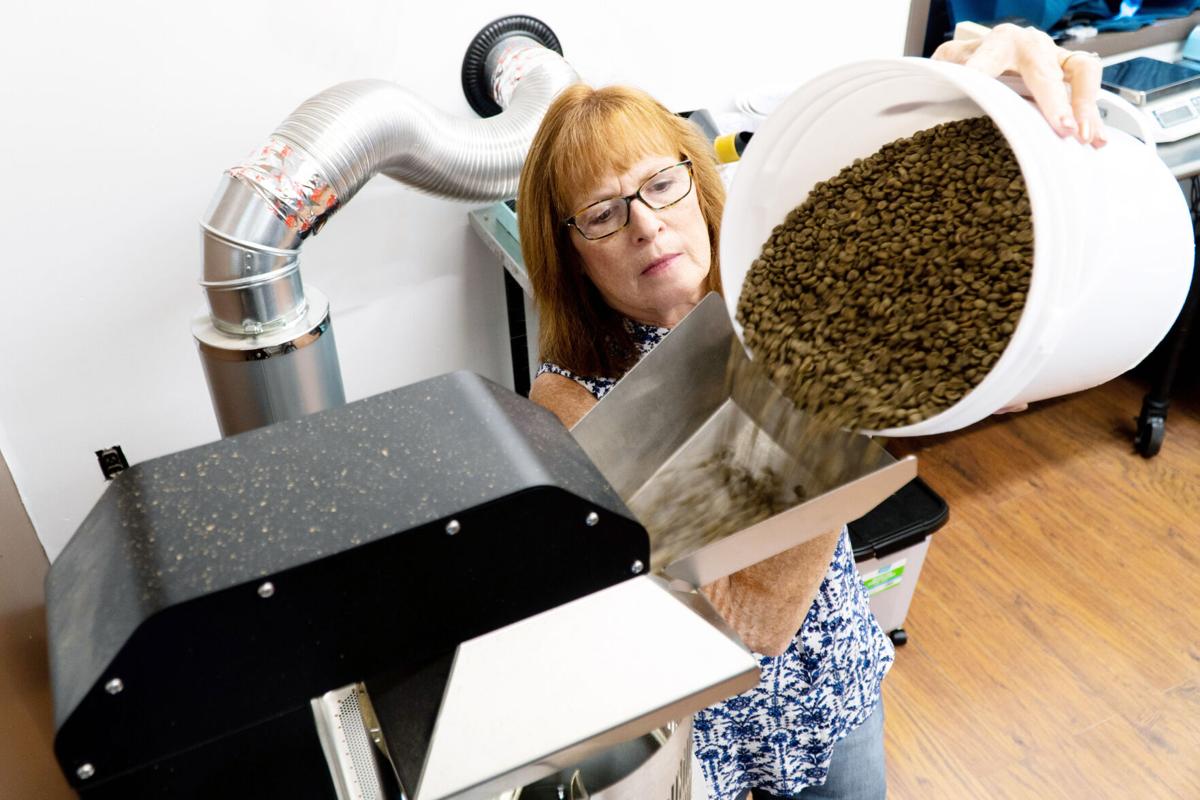 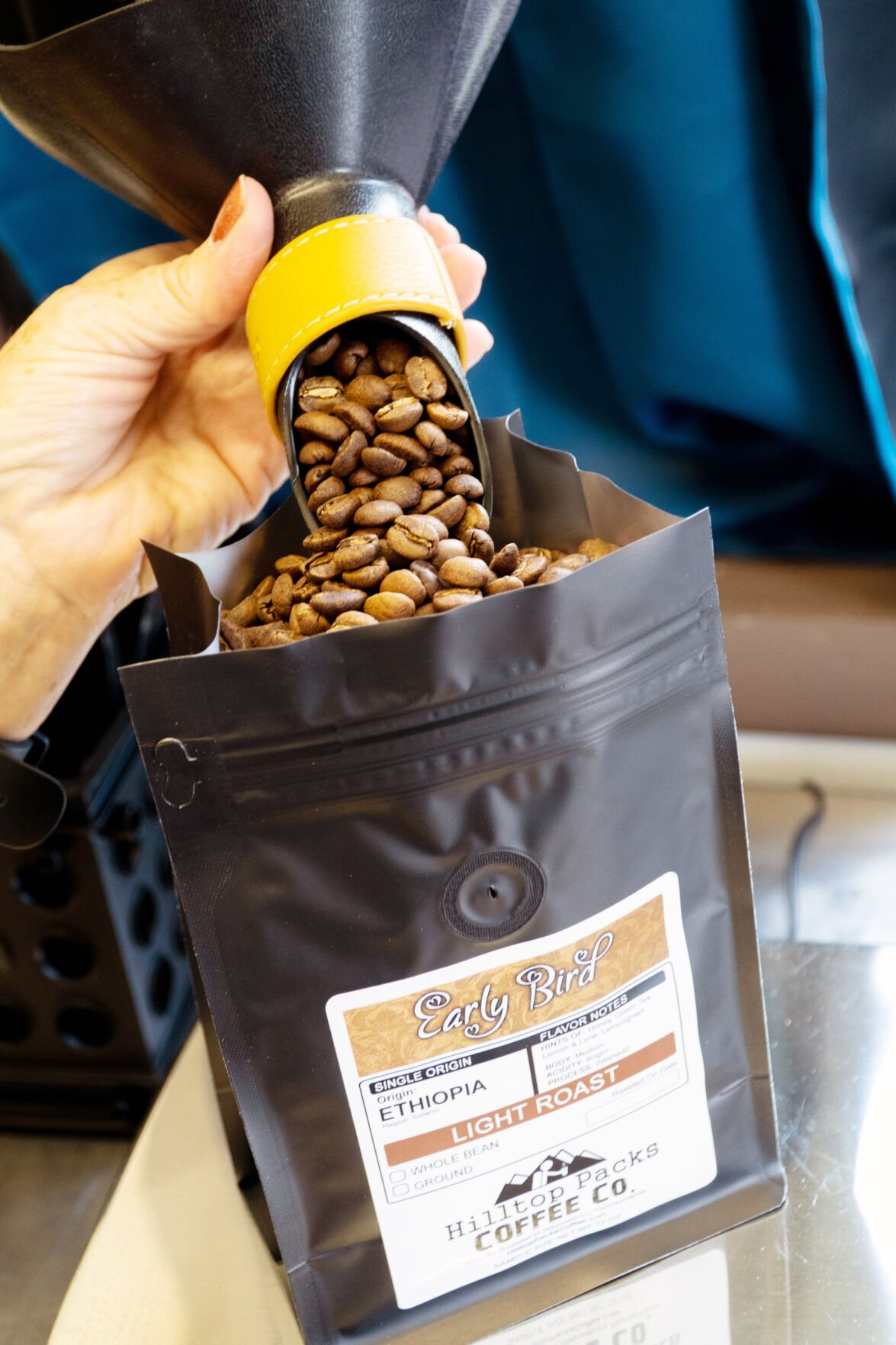 Coffee beans from far-flung locations such as Ethiopia will be available at Hilltop Packs Coffee LLC in Waynesburg. 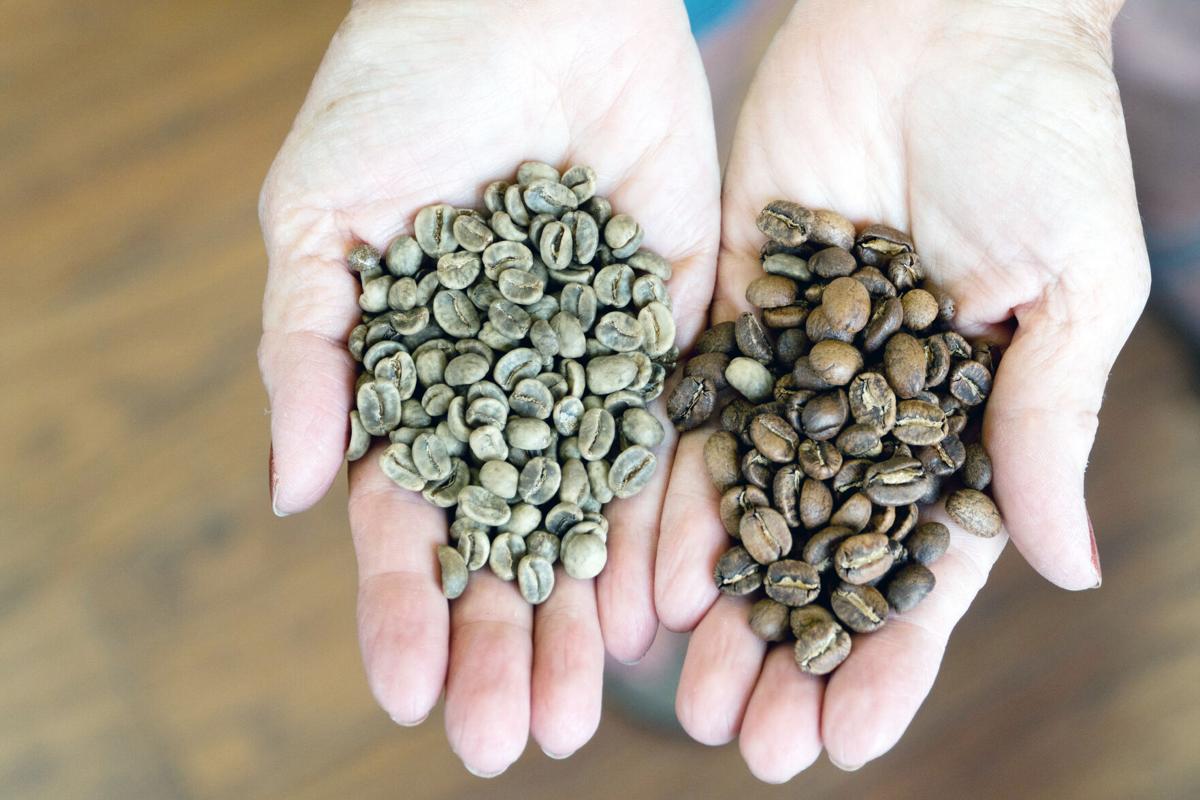 Coffee beans change colors from green to brown once they are roasted.

Ben McMillen and Bridget Vilenica pour coffee beans into a roaster in their new Waynesburg business, which is set to officially open July 21 at 1006 E. Greene St.

Coffee beans from numerous locations will be available at Hilltop Packs Coffee LLC in Waynesburg.

Coffee beans are prepared in a roaster at Hilltop Packs Coffee LLC in Waynesburg.

Coffee beans from far-flung locations such as Ethiopia will be available at Hilltop Packs Coffee LLC in Waynesburg.

Coffee beans change colors from green to brown once they are roasted.

Spring had sprung when Ben McMillen and Bridget Vilenica started to talk seriously about forging a business partnership.

But what to do?

While a few thoughts percolated, neither was certain of the direction to take. Then one day, McMillen, an avowed coffee drinker, and his aunt, an avowed non-coffee enthusiast, hit upon it. They'd start a coffee roastery, the first in Greene County.

"There was a need," McMillen said, pointing out surrounding counties had at least one roastery, where coffee beans are roasted and likely sold fresher than the standard java displayed in grocery stores.

Neither knew beans about what they now aspired to do - in a Zoom meeting Wednesday, McMillen formed a large zero with his right thumb and index finger.

"Neither of us had any idea what we were doing a few months ago," he said.

Yet they adhered to their plan, did a vat full of homework, experimented with their product and are now ready to go.

Hilltop Packs Coffee LLC will open for business July 21, at 1006 E. Greene St. in Waynesburg. The shop, which does not yet have outdoor signage, will occupy a room inside the space where McMillen operates his existing business, Hilltop Packs Backpacking and Hiking Gear.

This, most assuredly, will not be a Starbucks location, with tables, flavored drinks and culinary fare.

"You can buy whole bean, ground coffee and k-cups (regular and decaffeinated)" at the store, McMillen said.

Those selections also will be available outside of that space. The co-owners plan to market their wares at stores elsewhere in the region.

"We're hoping individual businesses will put our bags on their shelves," said Vilenica, retired circulation director of the Observer-Reporter and its weekly sister paper, The Almanac.

Hilltop Packs Coffee, according to its website, "will proudly donate a portion of our profits every year to protect public lands with an emphasis on hiking, backpacking and bike trails."

Vilenica and her nephew learned how to roast coffee the old-fashioned way - try, try again. The duo began roasting in McMillen's garage at home.

"It is not an easy process, but we made a few tweaks and I think we eventually nailed it," said McMillen, a father of three from Waynesburg.

Suppliers provide them with 65-pound bags of beans, which are green before they are roasted to dark, medium and light shades of brown.

Vilenica said 10 pounds of beans are deposited into the top of the roaster at about 430 degrees, with a mixture of heat and flowing air transforming the colors. They are then dumped into a cooling bin.

"There's a 12-minute window for 10 pounds," said Vilenica, who resides in Clarksville. "It's so cool. I thought this would take an hour or so."

McMillen said a lot of consumers are unaware of the coffee-roasting process, which, he said, requires "a lot of trial and error. There are a lot of things you can do that affect the taste of the beans. An extra minute or two can make a big difference."

One thing they cannot do is add flavoring to beans, such as hazelnut or pumpkin spice.

Although neither owner believes they will adopt a sitdown concept, they are open to anything. They plan to sell mugs and T-shirts and host local tasting events.

"I feel we will have a niche in Greene County," said Vilenica, who appears destined to become a cup of joe convert.

"I drank more coffee during the last four months than I did in all my years beforehand."