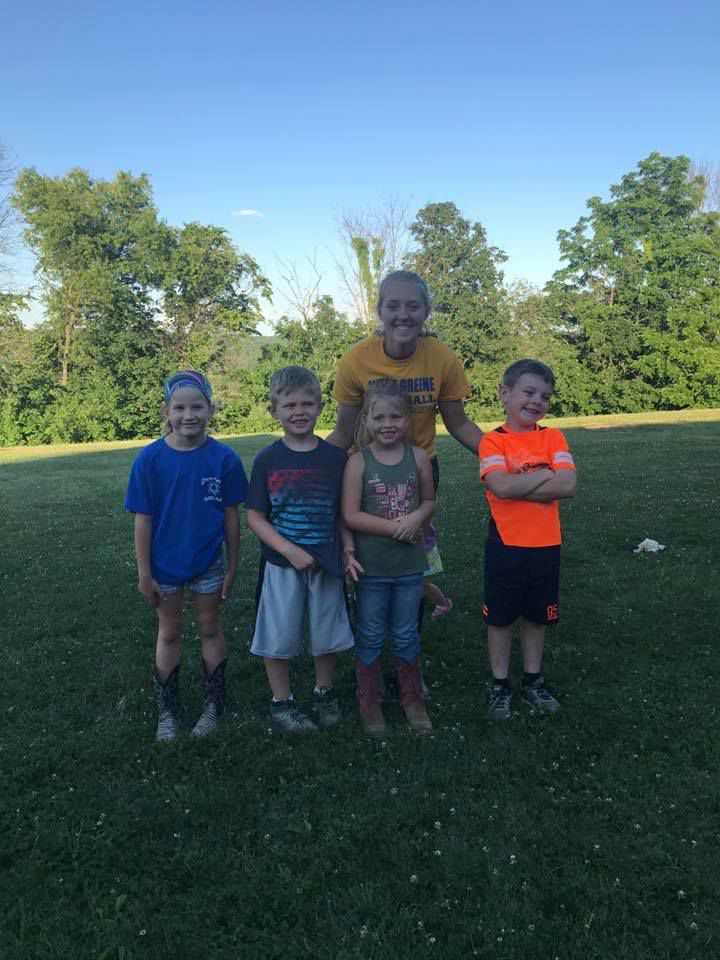 In the first year of the club, Cloverbuds enjoyed a farm visit with 4-H member Lexie Mooney (back). Members present were (from left to right) Allison Pecjak, Garrett Barnes, Bobbi Rae Smith and Lane Stephenson. (Photo courtesy of Kim Barnes) 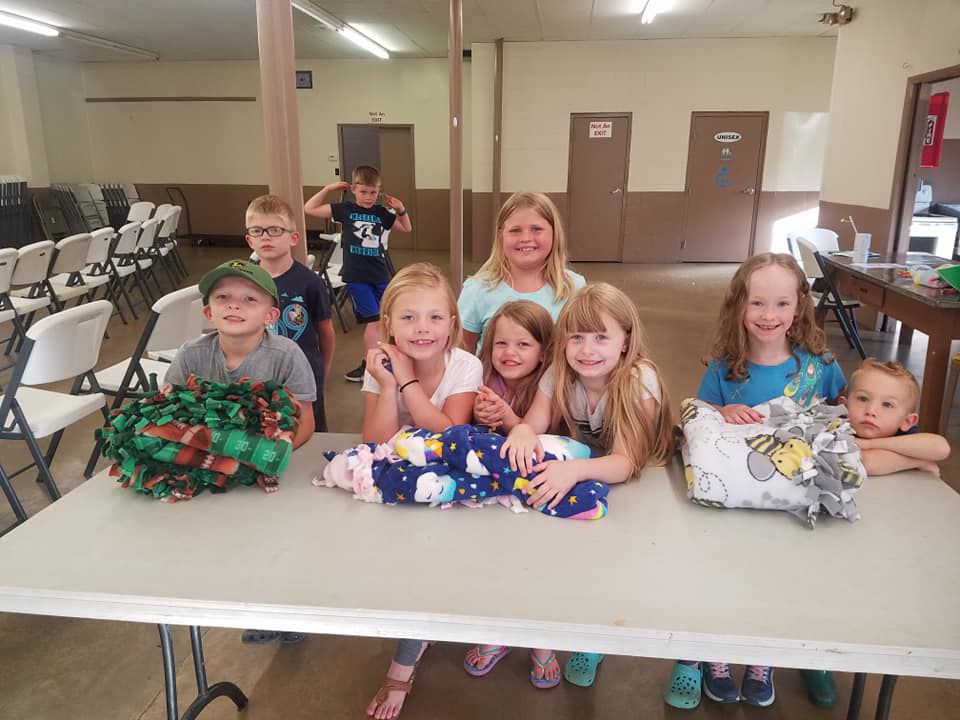 In the first year of the club, Cloverbuds enjoyed a farm visit with 4-H member Lexie Mooney (back). Members present were (from left to right) Allison Pecjak, Garrett Barnes, Bobbi Rae Smith and Lane Stephenson. (Photo courtesy of Kim Barnes)

With the creation of the 4-H Club’s Coverbuds in Greene County four years ago, youngsters between the ages of 5 and 8 can now join older children in 4-H programming.

Like the 4-H programs for older youth, the Cloverbud program can help youngsters grow into competent, caring and contributing members of their families and communities.

According to Suzanne Boarts, Area 6 educator for Penn State Extension’s 4-H Program, the primary goal of the Cloverbud program is to promote children’s healthy development - mentally, physically, socially and emotionally.

“The Cloverbud program provides an excellent opportunity for every child to reach his or her highest potential because early life experiences, even subtle ones, affect future development,” said Boarts whose Area 6 territory covers Armstrong, Allegheny, Greene, Fayette, Washington and Westmoreland Counties.

In Greene County, the Cloverbud program had its first meeting of the year on Nov. 14 at the Greene County Fairgrounds. Subsequent meetings will be at the same location at 6 p.m. the second Thursday of every month. The meetings generally last one hour.

“We expect to have 12 children participate in the program this year,” said Kim Barnes of Sycamore, one of three Cloverbud leaders, along with Anissa Stephenson of Ninevah and Lew Crouse, also from Sycamore.

Although Greene County 4-H rabbit and goat clubs included some 5 to 8-year olds in past years, the Cloverbud Program specifically designed for this age group started only four years ago in Greene County.

“While the 4-H club originally focused on agriculture and animals, it now also includes science programs like robotics, coding, photography - about 150 programs in all,” Boarts said. “The Cloverbud Program is developmentally-age appropriate and therefore, non-competitive, leader-directed, fun and positive and group and success oriented.”

In the past three years, Greene County Cloverbuds have participated in a sewing project that had them make throw pillows, aprons and draw string bags. Last year, the children made tie blankets, which they donated to Ruby Children’s Memorial Hospital in Morgantown. They also got involved in cooking projects such as making no-bake cookies, healthy snacks, ice cream, butter and even a chicken dish with a salad.

“The boys seemed to have just as much fun as the girls making these things,” Barnes said.

This year, Greene County Cloverbuds plan to make a Christmas ornament at the December meeting and are hoping to arrange a meeting with Hearts of Gold, a service dog training organization. The club also plans to tour a farm and start a gardening program.

“We currently have Cloverbuds from the western end of the county and from the Carmichaels and Waynesburg areas,” Barnes said.

According to Boarts, the Cloverbud program allows for and encourages creativity and play. The goals of the program are for children to develop self-understanding and self-esteem, getting along with others, decision-making skills, learning how to learn and mastering physical skills

“Children possessing these life skills are less likely to have problems with drug use, school failure, delinquency and depression later in life,” Boarts said.

Barnes became a Cloverbud leader four years ago when she and Stephenson formed the program in Greene County. Crouse became a leader this past January.

Growing up in western New York, Barnes first became a 4-H Club member at 8 years old. By the time she left the program at age 18 she participated in a variety of programs that covered everything from sewing and baking to raising vegetables, hogs, steers and lambs.

At her home in Sycamore, her family raises a few sheep and plants a vegetable garden. Her two sons, Garrett, 9, and Carter, 7, were both Cloverbuds and help out with the animals and garden. Garrett, left the Cloverbuds when he turned 8, but is still a 4-H club member. Carter is still a Cloverbud and eligible to participate in its programs until he turns 8.

Stephenson’s two children, Lane, 9, and Danni, 7, have been and are now Cloverbuds, respectively. Crouse’s granddaughter, Sophie, 7 is also a Cloverbud.

“We try to do a variety of different projects so the kids know what to expect when they move on to become regular 4-H Club members,” Barnes said. “At the end of each year, they all get a certificate of accomplishment at Achievement Night in October.”

Like all levels of 4-H Club participation, the annual dues is $21 per member. For more information on the 4-H Club visit the Penn State Extension Office’s website or contact the office at 724-627-3745 or GreeneExt@psu.edu.