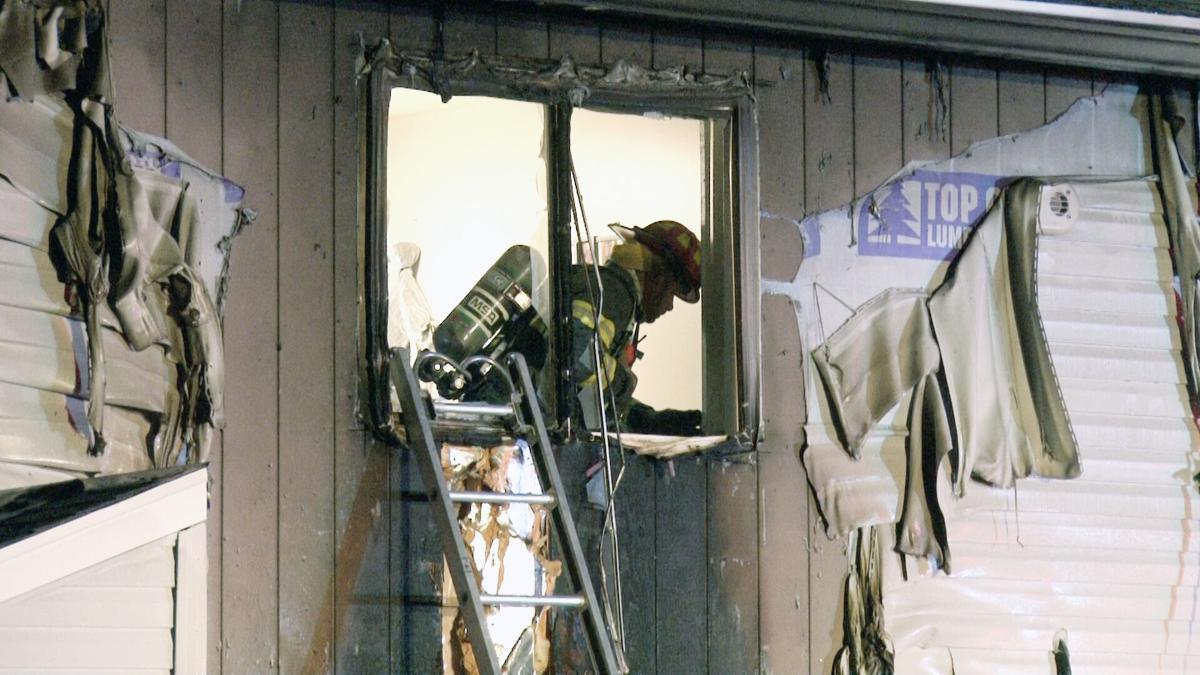 A firefighter works inside Parkview Knoll Apartments on Ceylon Road in Cumberland Township early morning on Dec. 4 after a fire broke out, resulting in injuries and damages. (Photo courtesy of Ed Reidmann) 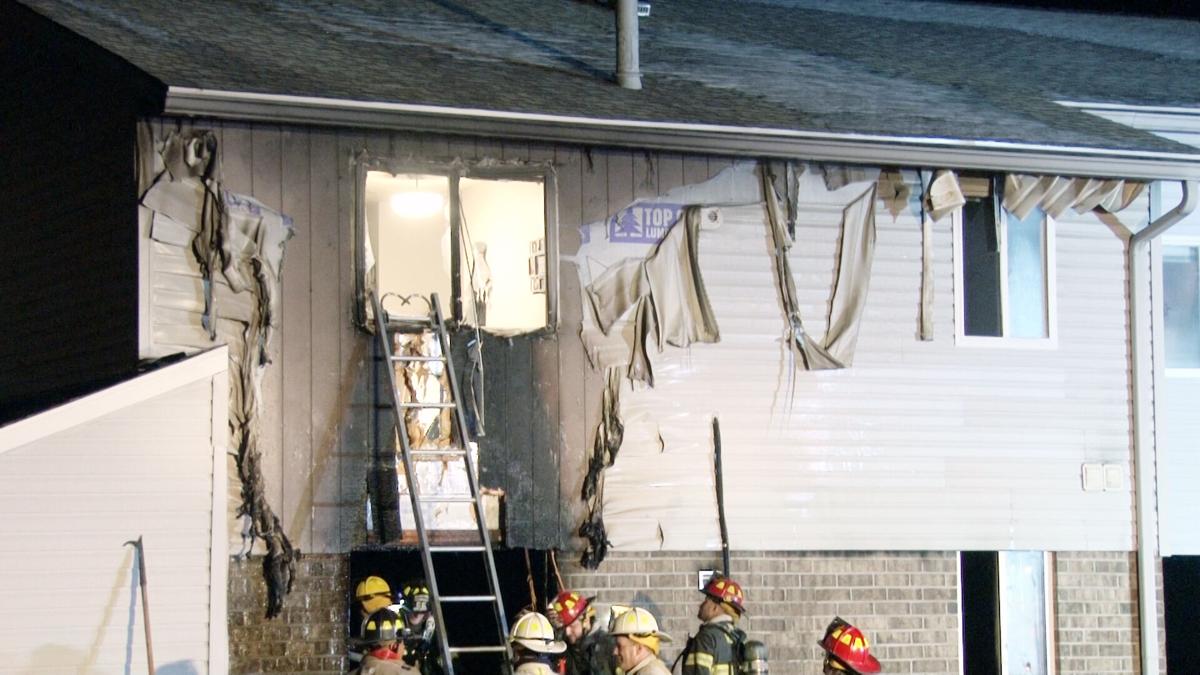 Firefighters work at the scene of a fire at the Parkview Knoll Apartments on Ceylon Road early morning on Dec. 4 in Carmichaels. (Photo courtesy of Ed Reidmann)

A firefighter works inside Parkview Knoll Apartments on Ceylon Road in Cumberland Township early morning on Dec. 4 after a fire broke out, resulting in injuries and damages. (Photo courtesy of Ed Reidmann)

Firefighters work at the scene of a fire at the Parkview Knoll Apartments on Ceylon Road early morning on Dec. 4 in Carmichaels. (Photo courtesy of Ed Reidmann)

The cause of a fire that broke out in the early morning hours of Dec. 4 at Parkview Knoll Apartments in Cumberland Township and caused three reported injuries remains under investigation.

Carmichaels-Cumberland Township Volunteer Fire Department Chief Jim Higgins said the fire was first reported at around 1:41 a.m., and when firefighters arrived they saw flames showing at the rear of the building in apartment 111 at the apartment complex on Ceylon Road.

Higgins said the boy was given oxygen by EMS crews and was conscious when he was flown by helicopter to UPMC Children’s Hospital of Pittsburgh for smoke inhalation injuries.

Another adult resident was treated at a hospital for smoke inhalation, while dozens of the more than 40 residents who live at Parkview Knolls were displaced due to the fire, he added.

The names of the three people reportedly injured, and updates on their conditions, had not been disclosed by press time.

Higgins said firefighters rescued about seven people from the second floor of the building by bringing them through windows and down ladders.

“A couple of people said they couldn’t see their way to get out of the building,” Higgins said. “Some just felt their way along walls to get to a hallway. The smoke was really bad in there.”

Higgins said two of Parkview Knolls’ 24 units were destroyed, with many others sustaining smoke damage. He added that they had enough manpower and water to put out the fire, but much of the work they did that morning, aside from rescues, was ventilating smoke.

Higgins said residents were assisted on site by American Red Cross, and the Carmichaels-Cumberland Volunteer Fire Department were assisted by firefighters from Rices Landing, Crucible, Nemacolin and Jefferson, as well as EMS Ambulance Services from Southwest, Jefferson and Fayette and Cumberland Township police.

The state fire marshal’s office continues to investigate the cause of the blaze, and no updates were made available by press time.