Skip to main content
Log In Sign Up
You are the owner of this article.
Edit Article Add New Article
You have permission to edit this article.
Edit
News
Obituaries
Calendar
Classifieds
Sports
Opinion
Greene County Fair
About Us
Homes
Public Notices
Subscribe
e-Edition
1 of 2 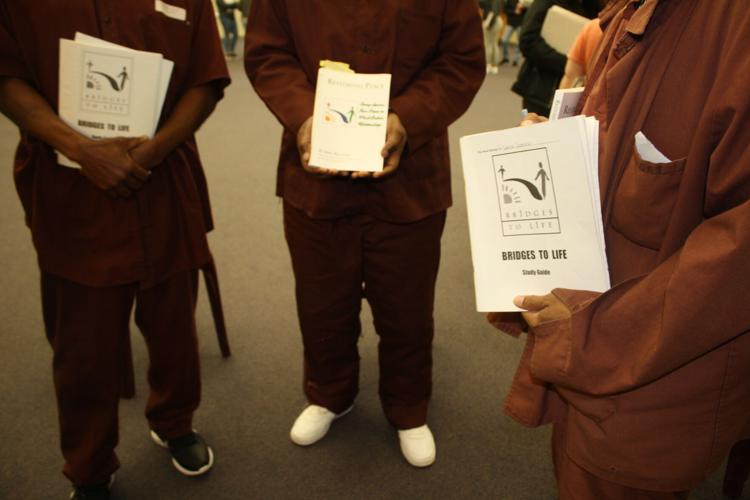 Inmates who are participating in the “Bridges to Life” program at the State Correctional Institution at Fayette in Luzerne Township said the 14-week program is helping them understand the impact of their crime. (Photo by Alyssa Choiniere) 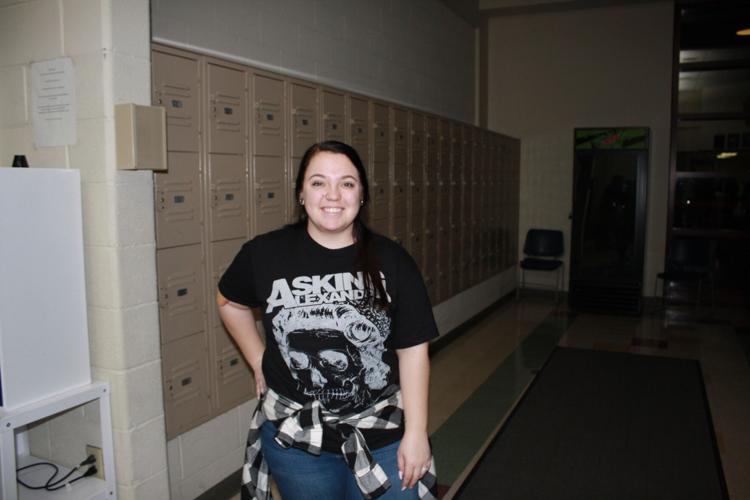 Karynn Davis of Youngwood, a student at Penn State Fayette, The Eberly Campus, spoke to SCI-Fayette prisoners Thursday about the abuse and neglect she survived as a child. Her discussion was a part of the “Bridges to Life” program at the prison, a 14-week course designed to reduce recidivism and increase accountability among inmates. (Photo by Alyssa Choiniere)

Inmates who are participating in the “Bridges to Life” program at the State Correctional Institution at Fayette in Luzerne Township said the 14-week program is helping them understand the impact of their crime. (Photo by Alyssa Choiniere)

Karynn Davis of Youngwood, a student at Penn State Fayette, The Eberly Campus, spoke to SCI-Fayette prisoners Thursday about the abuse and neglect she survived as a child. Her discussion was a part of the “Bridges to Life” program at the prison, a 14-week course designed to reduce recidivism and increase accountability among inmates. (Photo by Alyssa Choiniere)

Editor’s note: SCI-Fayette policy prohibits reporting on inmate crimes, their last names or photographing their faces out of respect for the victims and their families.

A 26-year-old survivor of life-threatening abuse and neglect told a group of SCI-Fayette inmates Thursday about the “never-ending cycle of violence” she faced beginning in infancy.

Karynn Davis, a Penn State Fayette student from Youngwood, told her story as a part of “Bridges to Life,” a national program designed to reduce recidivism by increasing accountability among prisoners. Students at the university volunteer to participate in the 14-week program, led by Administration of Justice Professor LaVarr McBride. Victims share their stories with the prisoners, many of whom are serving life sentences.

“I’m here to show you we can get through the worst time in our life and still stay standing,” Davis said.

Davis spent her early elementary school years collecting rainwater to bathe, finding hiding spots for herself and her younger brothers and stealing baby supplies and food to survive. She was bullied at school for having dirty clothes and labeled even by teachers as “white trash,” she said.

“But all that mattered to me was my brothers and keeping them safe,” she said.

Her protective spirit and will to survive permeated her story. When the beloved family dog was being abused, she snuck it to a nearby gas station and told the attendant she saw it running loose so the woman would care for it. She learned Spanish, the language of some of her parents’ friends, so she could pick up on threats she may otherwise miss. When she was 12 and the violence between her parents escalated, she called 911, told a dispatcher her parents were killing each other and that she wanted to go back to foster care.

“A neighbor ripped the phone out of my hand and said, ‘What the hell are you doing?’ And I said, with a straight face, ‘Escaping.’”

She and her brothers were sent into the foster care system. The trauma followed her, but she said she was able to break the cycle of abuse with a support system of friends, her fiancé and other trusted adults.

“Not everyone has an advocate,” Davis told the prisoners. “So I dare you to be one.”

Prisoners and students split into groups after Davis spoke, and a prisoner from each group shared their own story. Don, who is serving a life sentence, spoke about his upbringing as an “Army brat,” his own military service, his crime, and a series of traumas he “compartmentalized and suppressed.”

The program has been implemented at prisons throughout the country, but this was the first time it had been conducted at the Luzerne Township state prison, said Superintendent Eric Armel. He plans to bring the program back in the fall.

Armel said the sessions have allowed prisoners to understand the full impact of their crimes.

Many of the prisoners said they had never shared their stories, and writing and sharing allowed them to reflect on themselves, their lives and their crimes.

Lamon, an inmate, said the process made him realize the ripple effect of his crime, and Angelo noted the empathetic approach has helped him to grow as a person.

“It’s an enlightening experience that someone is willing to come in and hear our side of things and spend time getting to know us as people,” Angelo said. “We’re human beings, and we want to be treated as human beings.”

Another inmate, Kevin, said he hopes he can share his story in the future as a mentor.

“If I could stop one little boy or girl from going down that road and saying, ‘There’s nothing good down there,’ that would mean a lot,” he said.

The Penn State Fayette students who are part of the initial cohort were chosen through an application process.

Hailie Rusko of Uniontown is a senior criminal justice major with a minor in psychology who plans to work as a corrections officer and pursue a master’s degree in conflict resolution.

“Not many college students can say that they have sat in a circle with incarcerated people once a week and facilitated a conversation with them on a theme, like accountability. The tools that I learn from Bridges to Life will be beneficial in anything that I decide to do in my life,” said Rusko. “Everyone has a story, and all stories deserve to be heard.”