Log In Sign Up
You have permission to edit this article.
Edit
News
Obituaries
Calendar
Classifieds
Sports
Opinion
Greene County Fair
About Us
Homes
Subscribe
e-Edition
1 of 2 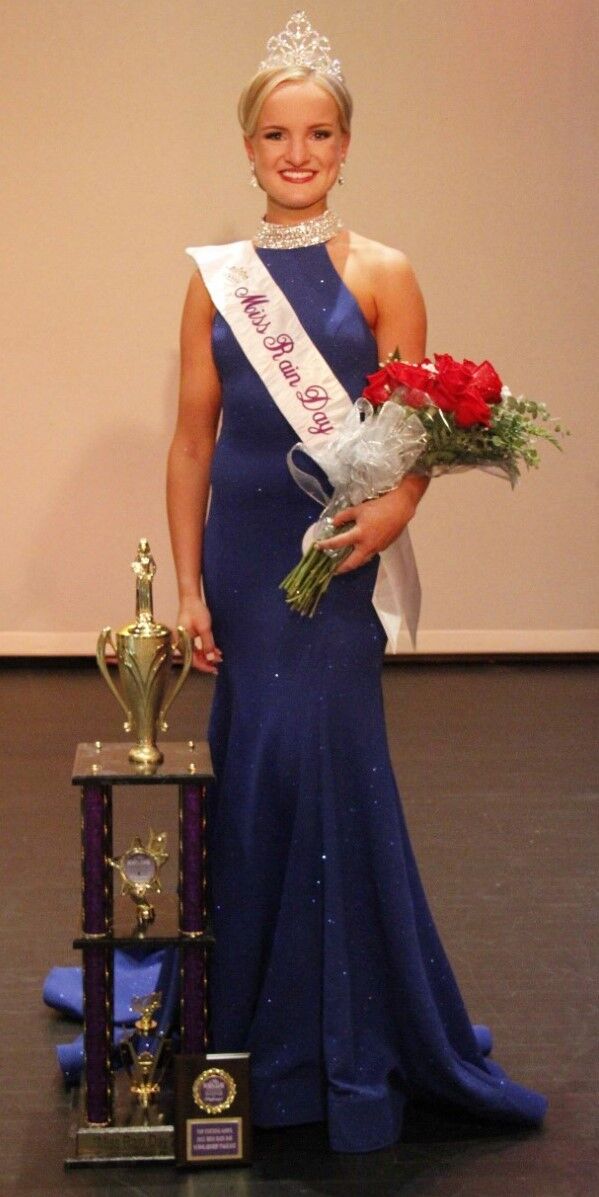 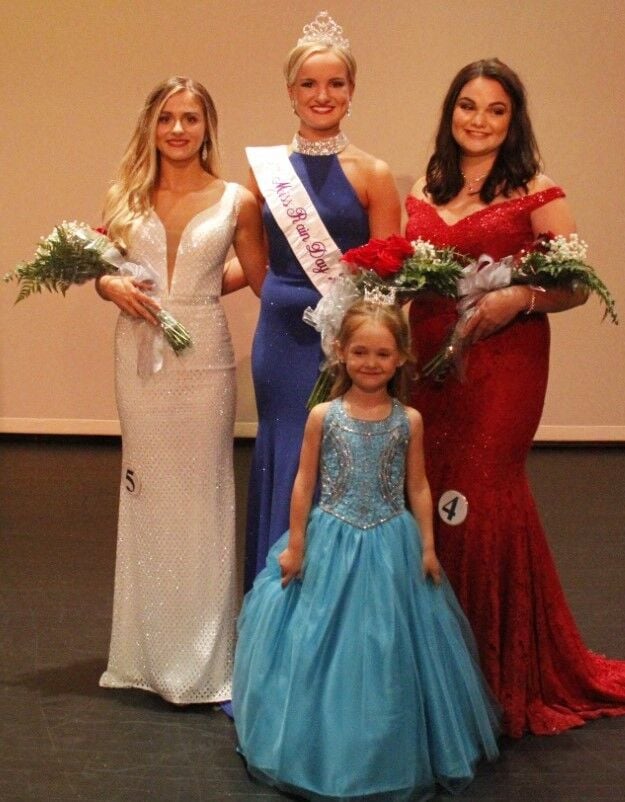 Miss Rain Day 2021 Emily Bennett and her court. Pictured, from left to right, are Isabelle Tedrow, first runner-up; Bennett; and Molly Mylan, first runner-up. In front is Aubree Henderson, who served as crown bearer for this years’ pageant. (Photo by Jeanine Henry)

Miss Rain Day 2021 Emily Bennett and her court. Pictured, from left to right, are Isabelle Tedrow, first runner-up; Bennett; and Molly Mylan, first runner-up. In front is Aubree Henderson, who served as crown bearer for this years’ pageant. (Photo by Jeanine Henry)

The crown and title of 2021 Miss Rain Day were awarded to Emily Bennett, the 17-year-old daughter of Katie and Tim Bennett.

Tedrow won the Top Talent and Top Sportswear Awards; the John O’Hara Award, which is given to the contestant who composes the best essay on what Rain Day means to them; and the Remo C. Bertugli Award, which is judged from essays submitted by the contestants on how a volunteering experience changed their life.

Mylan won the Top Interview Award and the Miss Personality and Miss Photogenic Awards; Higgins won the Scholastic Academic Achievement Award and the Pageantry Spirit Award; Smith won the Smile Award and Moore won the Rainmaker Award, which is presented to the contestant who collects the most sponsorships.

The competition was sponsored by Rain Day Scholarship Inc.

Pageant Director Jeanine Henry congratulated Bennett for winning the title and commended all of the contestants for the hard work and dedication in the pageant.

“I couldn’t have asked for a better group of contestants to work with,” Henry said. “They are all winners in my eyes. And I’m excited to see how the next year unfolds for Emily, Miss Rain Day 2021.”

Bennett received the crown from Allison Blair, who was crowned Miss Rain Day in 2020. Henry said Blair, the daughter of Laurie and Mike Blair of Waynesburg, had an extraordinary year despite the many challenges brought forth by the COVID-19 pandemic.

As for the pageant, Henry said it was a great feeling to have the pageant once again be an in-person event.

“It was wonderful to be back in front of a live audience this year,” she said, “The contestants truly appreciate and enjoy having family and friends in attendance.”