Log In Sign Up
You are the owner of this article.
Edit Article Add New Article
You have permission to edit this article.
Edit
News
Obituaries
Calendar
Classifieds
Sports
Opinion
Greene County Fair
About Us
Homes
Subscribe
1 of 6 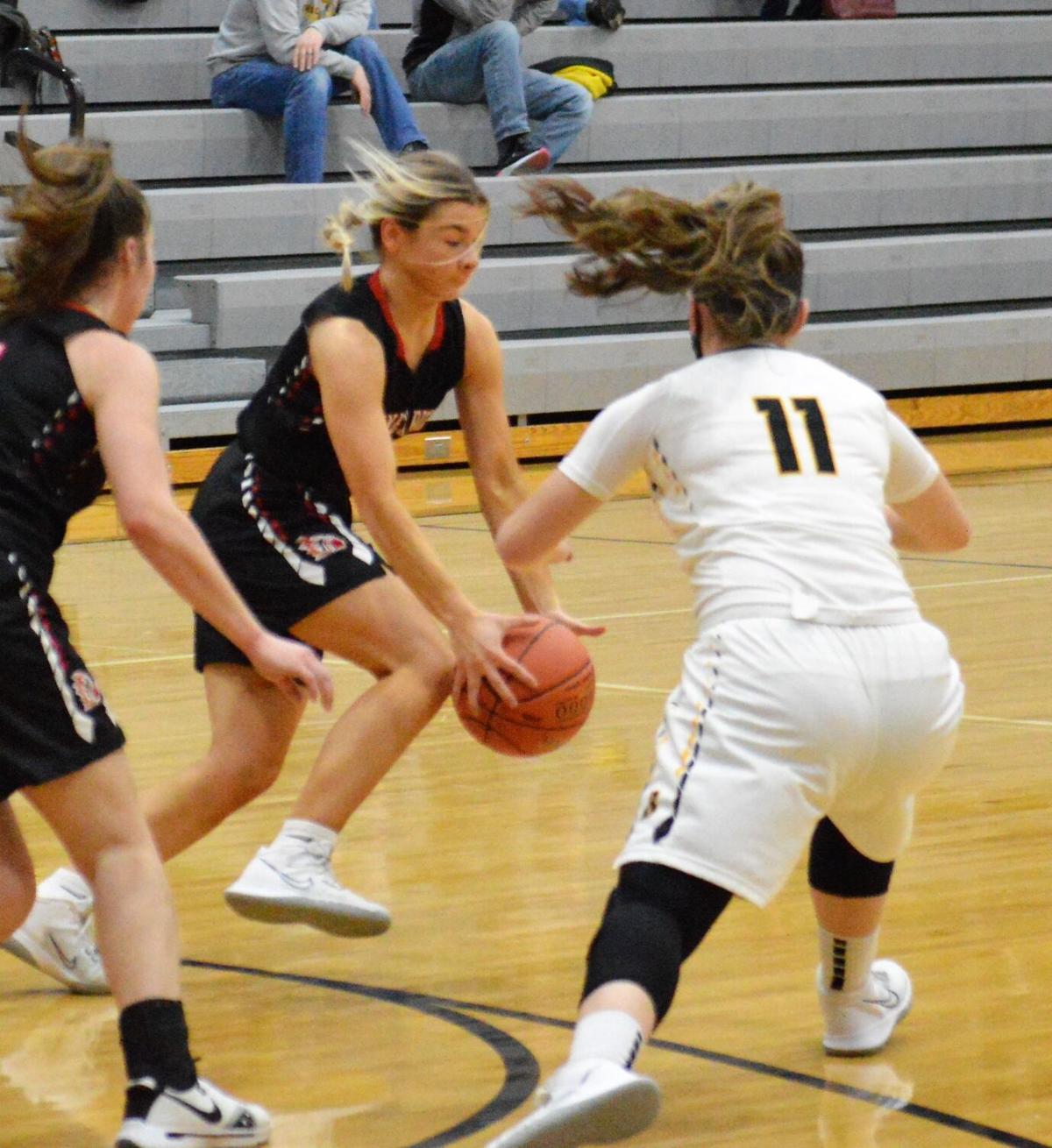 Waynesburg Central’s Nina Sarra comes away with a steal against Brownsville during Friday night’s game at Brownsville. Sarra scored a game-high 17 points in the Lady Raiders’ 50-16 win. 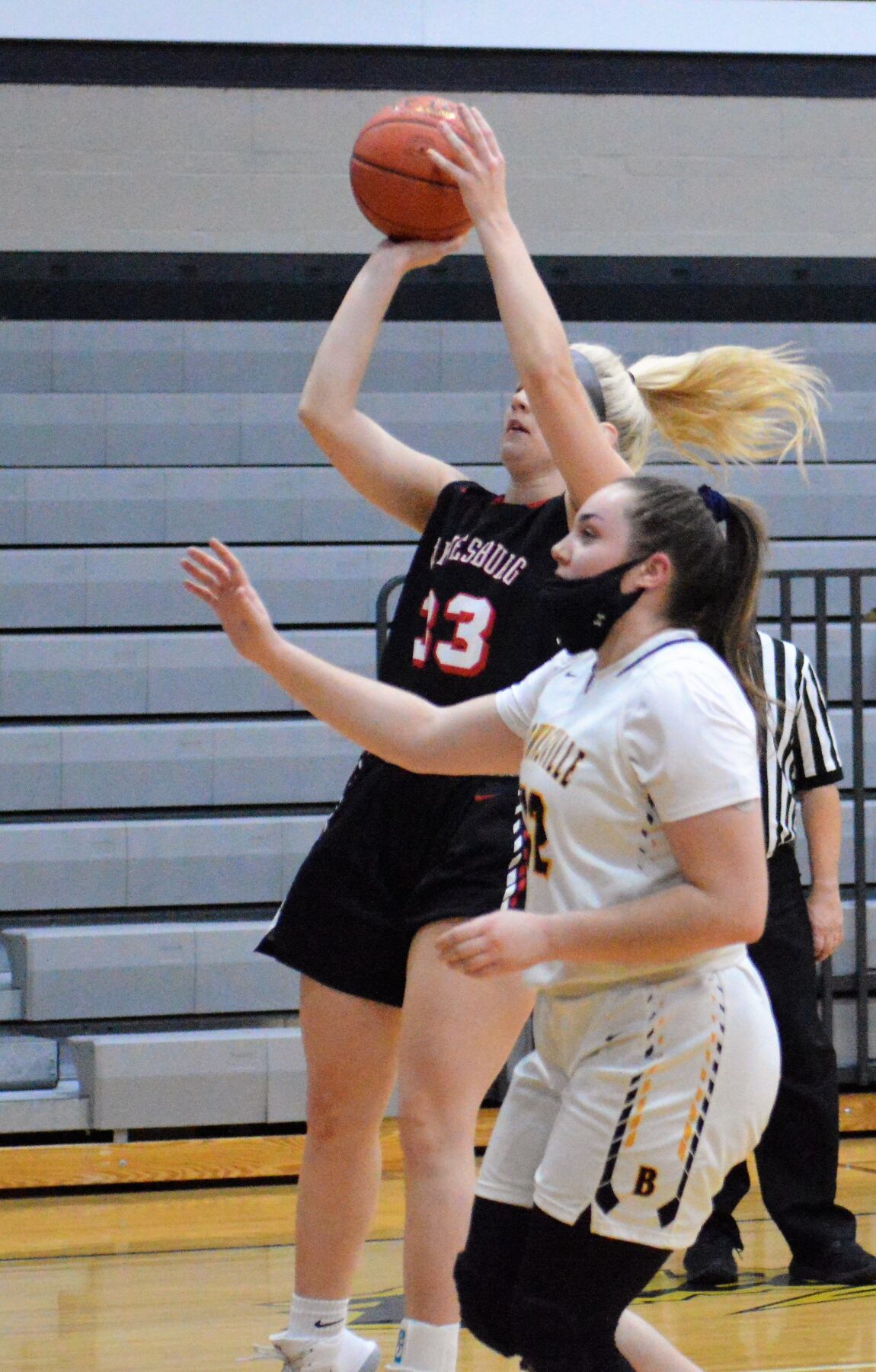 Waynesburg Central’s Clara Paige Miller gets a shot off in front of Brownsville’s Aubri Hogsett during Friday night’s game at Brownsville. (Photo by Rob Burchianti) 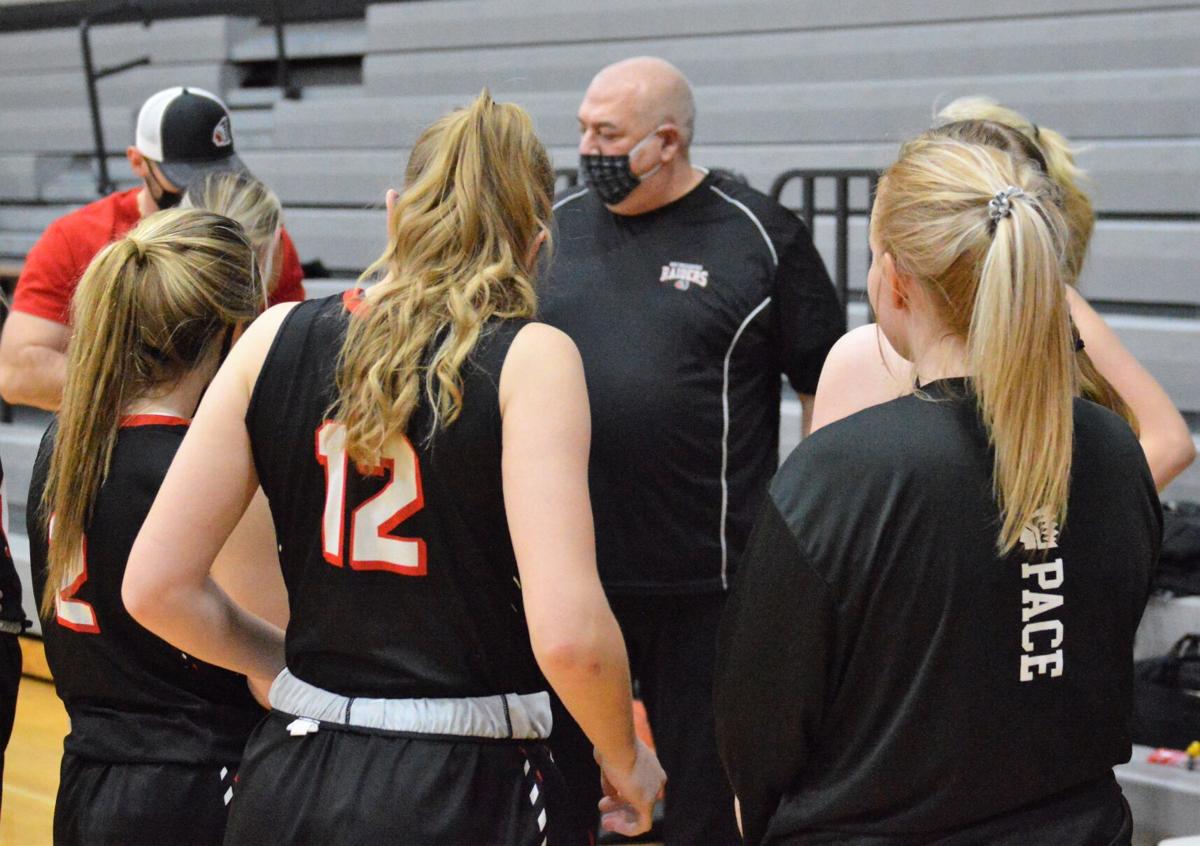 Waynesburg Central coach Dave Sarra (middle) talks to his players during a timeout in Friday night’s game at Brownsville. 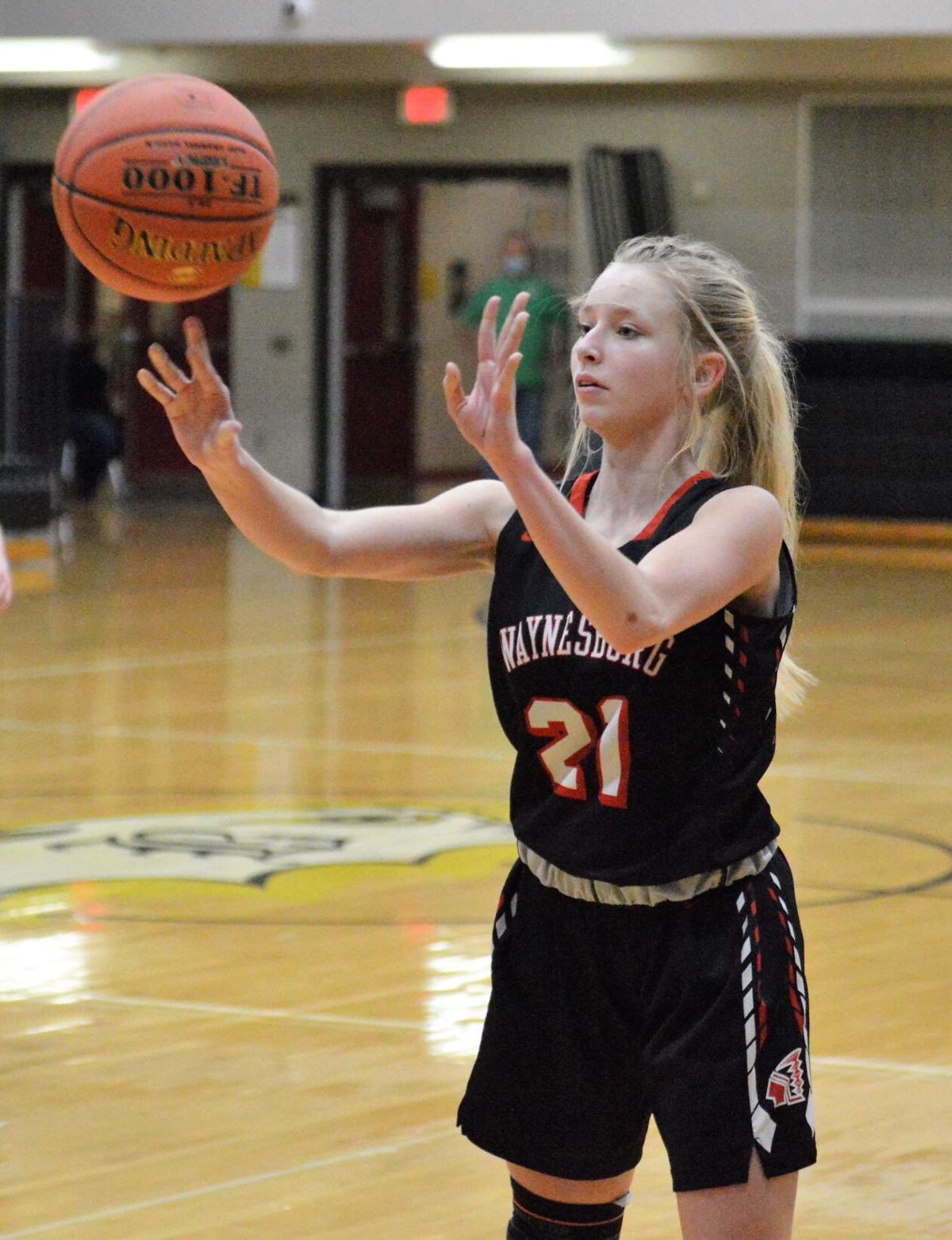 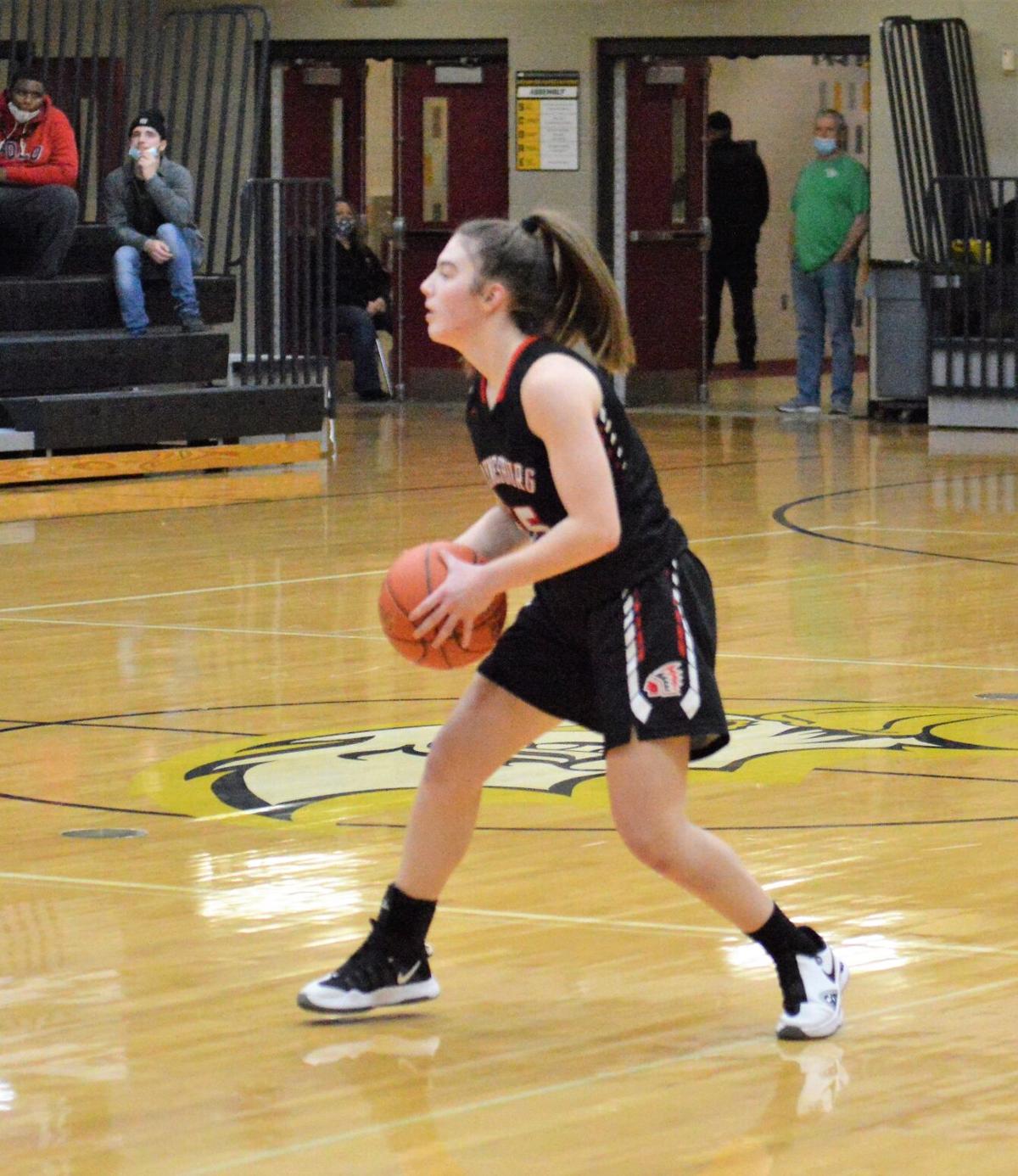 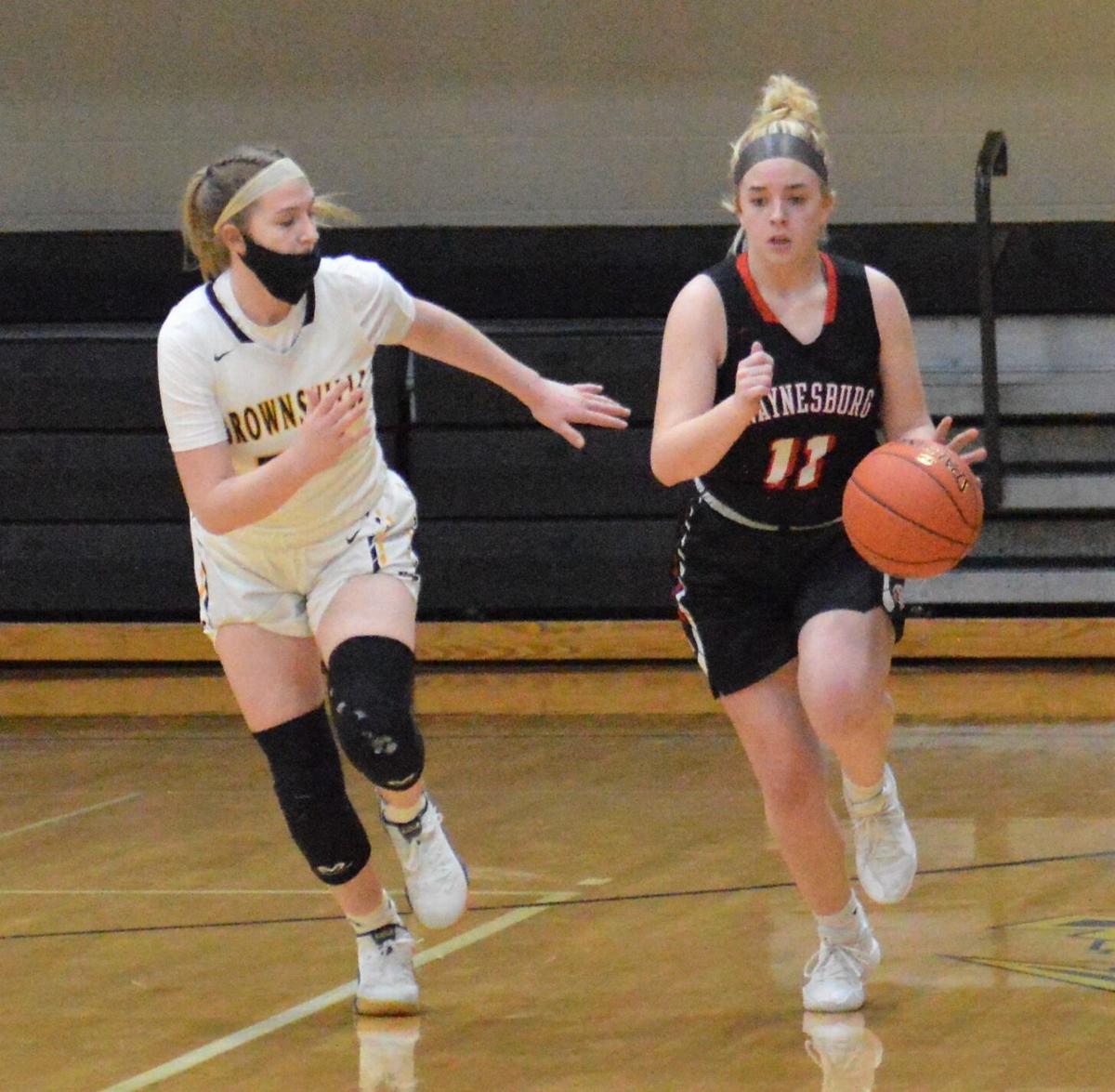 Waynesburg Central’s Nina Sarra comes away with a steal against Brownsville during Friday night’s game at Brownsville. Sarra scored a game-high 17 points in the Lady Raiders’ 50-16 win.

Waynesburg Central’s Clara Paige Miller gets a shot off in front of Brownsville’s Aubri Hogsett during Friday night’s game at Brownsville. (Photo by Rob Burchianti)

Waynesburg Central coach Dave Sarra (middle) talks to his players during a timeout in Friday night’s game at Brownsville.

BROWNSVILLE — Waynesburg Central kept its chances of winning a section title alive with a 50-18 win at Brownsville in girls basketball action on Friday night.

Nina Sarra scored eight of her game-high 17 points in the first quarter, including a 3-pointer, as the Lady Raiders jumped out to a 14-5 lead and pulled away from there.

The Lady Raiders improved to 11-4 overall and 9-1 in Section 2-AAA to remain one game behind front-running South Park (7-0) in the loss column. The two were scheduled to play at South Park Wednesday. Waynesburg needed a win to earn at least a tie for first place. That result was not known at press time.

The Lady Raiders have won six section games in a row since that loss.

“We played pretty well tonight, had good ball movement and got on them early,” Waynesburg coach Dave Sarra said. “Our goal was to keep Emma Seto out of the game because last time we played them she put up 22. She’s a good ballplayer. Brenna Benke played pretty tough defense on her tonight.”

Seto still led the Lady Falcons (0-6, 0-7) with 10 points but it wasn’t nearly enough as turnovers hurt Brownsville much of the game.

“We don’t have the experience at guard,” Lady Falcons coach Patty Columbia said. “The girl that would’ve been our point guard hasn’t been able to play for us. The other kids are working hard, they’re trying, but we’re succumbing to the press and we’re turning the ball over and it’s killing us.

“I feel for them because they’re really good kids and they work hard, but we’re struggling to win games.”

Columbia was impressed with the Lady Raiders.

“They’re more balanced than some of the other teams we’ve played,” Columbia said. “They’re fundamentally sound. C.P. Miller is a force. I like the way they play, I like the way Dave handles them, and I wish them well. I think they’ll represent our section well in the playoffs.”

Rohanna scored eight points and Nina Sarra put in five more in the second quarter and Waynesburg held Brownsville to one point to go up 30-6 at halftime.

Miller sank both of her 3-pointers in the third quarter and Rohanna also had a trey as the Lady Raiders took a 43-10 lead into the final frame.

Coach Sarra complimented his two leading scorers on the season.

“With Kaley you’ve got a girl that loves the game and puts a lot of time in to developing her skills, and it’s evident,” he said. “She’s still a freshman who’s learning to play a different pace than at middle school. She has a big upside. She’s very coachable. I’m glad she’s on my team.”

Miller has given Waynesburg an unexpected boost with her outside shooting this season.

“I always knew Clara Paige was a good 3-point shot,” coach Sarra said. “We just needed her more inside the last two years. We have another freshman, Josie Horne, stepping up and doing a good job rebounding for us this year and Riley Morehead, too. So we’re able to get Clara Paige out on the perimeter.”

Aubri Hogsett, one of four Brownsville seniors along with Royona Lewis, Katie Whitlock and Melanie Shumar honored before the game, followed Seto in the Lady Falcons’ scoring column with five points.

Despite her team’s struggles, Columbia had nothing but praise for her senior foursome.

“Ironically, this is probably one of the most pleasant seasons that I’ve had mainly because of these seniors,” Columbia said. “They’re very coachable kids, they’re very sweet girls. They’re giving it their best, and we’re just not succeeding. But they don’t hang their heads, they don’t point fingers and blame each other. They take it like mature young girls.

“I know we’re not winning games, but I’m very proud of them and proud to be their coach.”