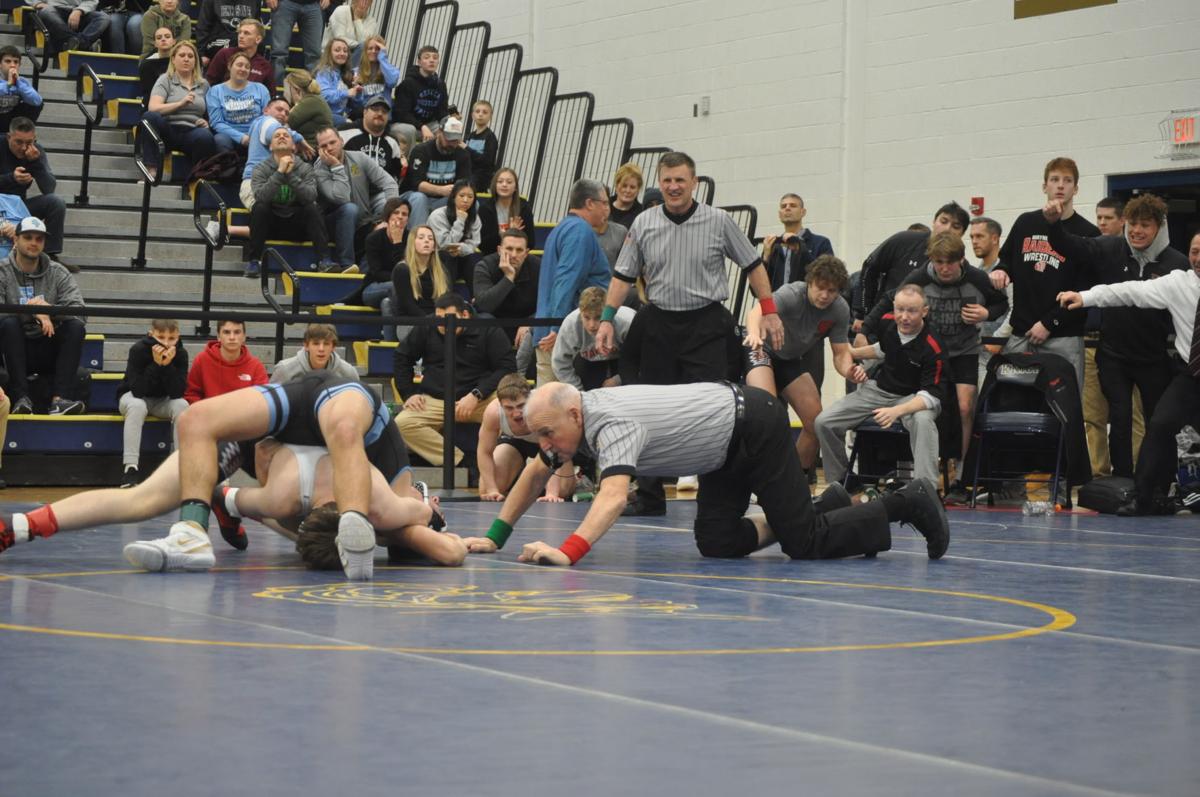 Waynesburg Central’s bench watches with anticipation as Eli Makel is on the verge of pinning Marshall Adamson of Seneca Valley to seal the title Saturday at the WPIAL Class AAA Team Tournament at Norwin. The 33-30 victory gave the Raiders’ their first WPIAL team championship in 31 years. (Photo by Joe Tuscano) 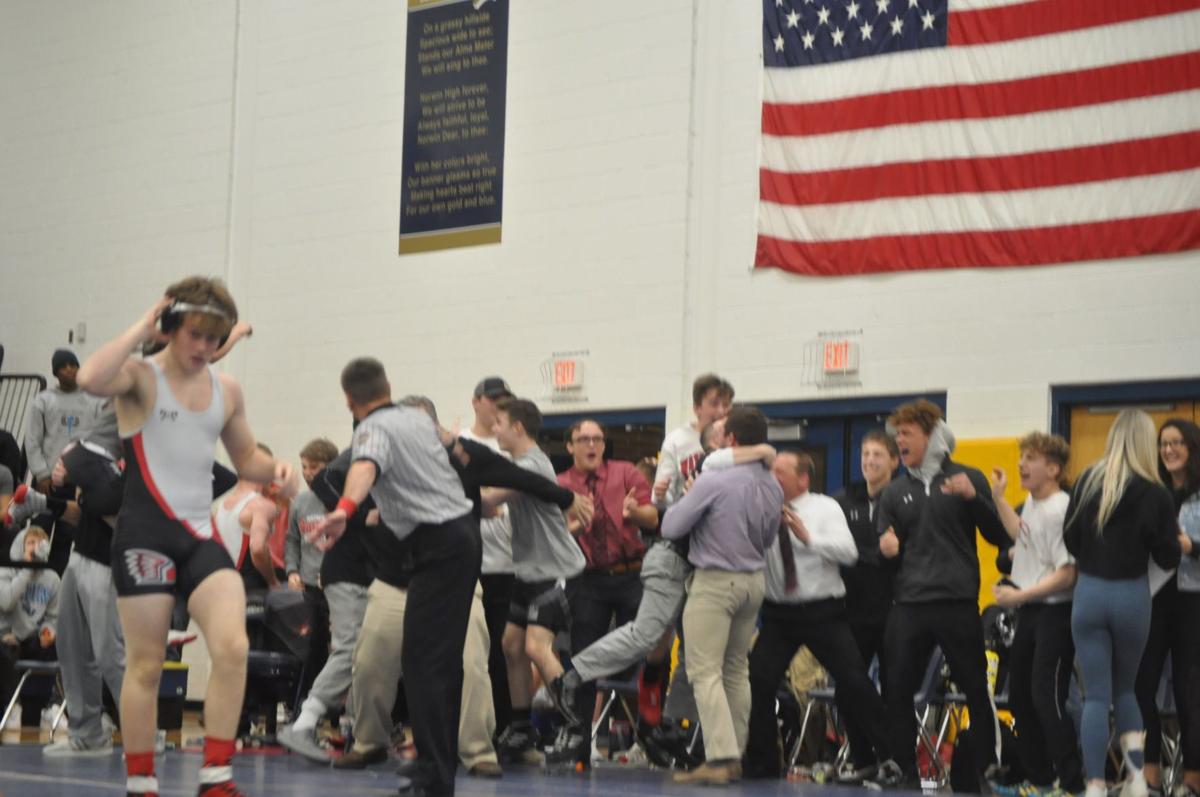 Waynesburg Central’s bench watches with anticipation as Eli Makel is on the verge of pinning Marshall Adamson of Seneca Valley to seal the title Saturday at the WPIAL Class AAA Team Tournament at Norwin. The 33-30 victory gave the Raiders’ their first WPIAL team championship in 31 years. (Photo by Joe Tuscano)

IRWIN — This time, there was no waiting to celebrate.

The hugs could go out immediately.

And no one was hugged more than Eli Makel, a 170-pound freshman from Waynesburg Central High School.

His pin of Marshall Adamson gave Waynesburg a 33-30 victory over Seneca Valley in the finals of the WPIAL Class AAA Team Tournament at Norwin High School on Saturday night.

The Raiders qualified for the PIAA Team Tournament, which got underway Monday with preliminary-round bouts, and won its first district title in 31 years.

As District 7 champions, Waynesburg bypasses the preliminary-round bouts and wrestles Thursday at the Giant Center in Hershey.

Canon-McMillan routed Hempfield, 41-16, in the third-place bout and will wrestle City League champion Carrick Monday night. The winner wrestles in Hershey on Thursday.

Makel, who has a 19-11 record, went out on the mat with Waynesburg trailing, 30-27. Makel ran the half and turned Adamson as the packed house roared. He pinned Adamson in 2:41, setting a wild celebration.

“I knew I had to get at least a major,” Makel said. “I was nervous but I used my nerves to fuel me. I had faith. I just went out and wrestled my match. I knew that if I wrestled my match, I would come out with a win.

“It’s awesome because Waynesburg had never made it to the state team tournament. We knew we did it when we made the finals. We knew we had to just win one more and Waynesburg would win its first team title in 31 years.”

Head coach Joe Throckmorton said the wrestlers are feeding off each other’s success.

“You put yourself around winners and you become a winner,” he said.

Makel’s biggest fan in his bout was Cole Homet, who cost Waynesburg a team point after he flipped his headgear to a coach after losing to Alejandro Herrera-Rondon at 132 pounds.

“I was very concerned because I thought it was going to be a tie,” said Throckmorton. “(Cole) wasn’t going to be happy with a tie.”

Waynesburg and Canon-McMillan battled to a 30-30 tie in last week’s Section 4 Team Tournament. Everyone waited for about 10 minutes while the criteria was being applied.

“I told our kids they could make history,” Throckmorton said, “and they did.”

In the semifinals, Waynesburg built a 37-15 lead over Hempfield, then forfeited the final three bouts to keep the wrestlers fresh for the finals.

The Raiders got pins from Wyatt Henson at 138, Luca Augustine at 170 and Darnell Johnson at 182. Nate Jones got a big win at 113 with a 13-8 overtime victory against Briar Priest. Ryan Howard also got a big decision, 3-2, over Dillon Ferretti at 220 pounds.

Hempfield got pins from Justin Cramer at 195 pounds and Isaiah Vance at heavyweight.