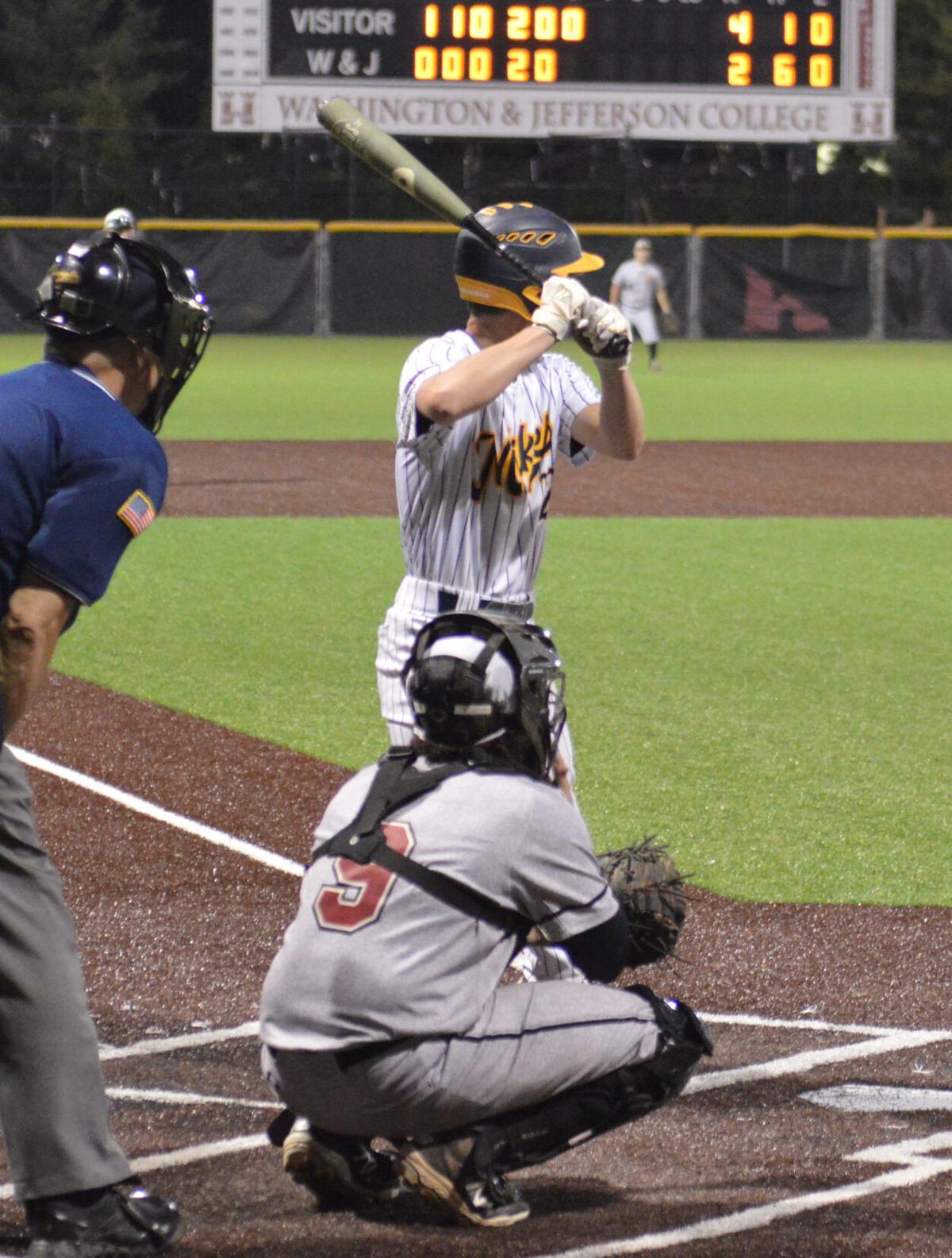 Carmichaels’ Dylan Rohrer bats against Serra Catholic during Tuesday night’s WPIAL Class AA consolation game against at Ross Memorial Park. Rohrer drove in the Mikes’ only runs with a two-run single in the fourth inning during a 7-2 loss. (Photo by Rob Burchianti) 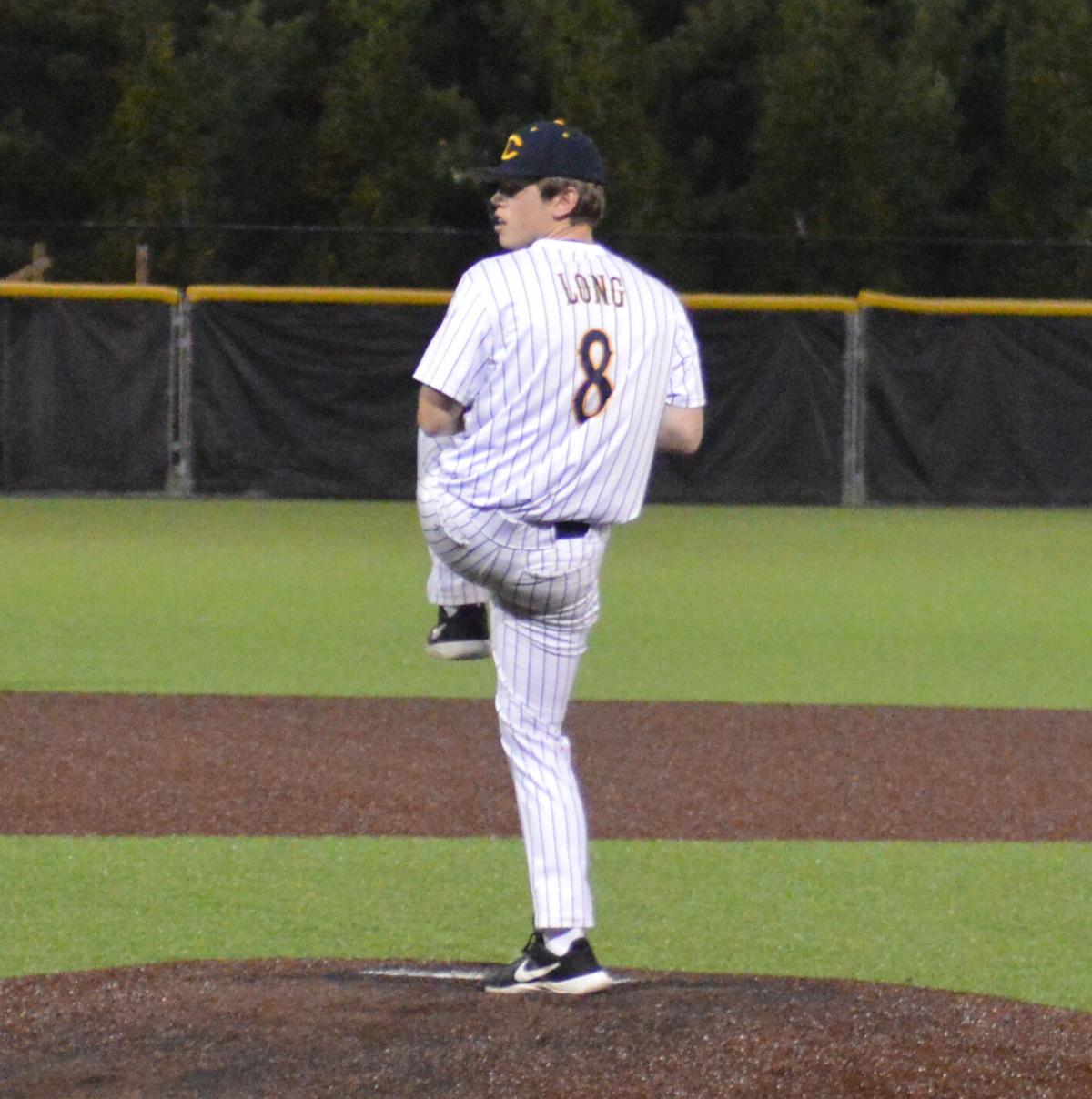 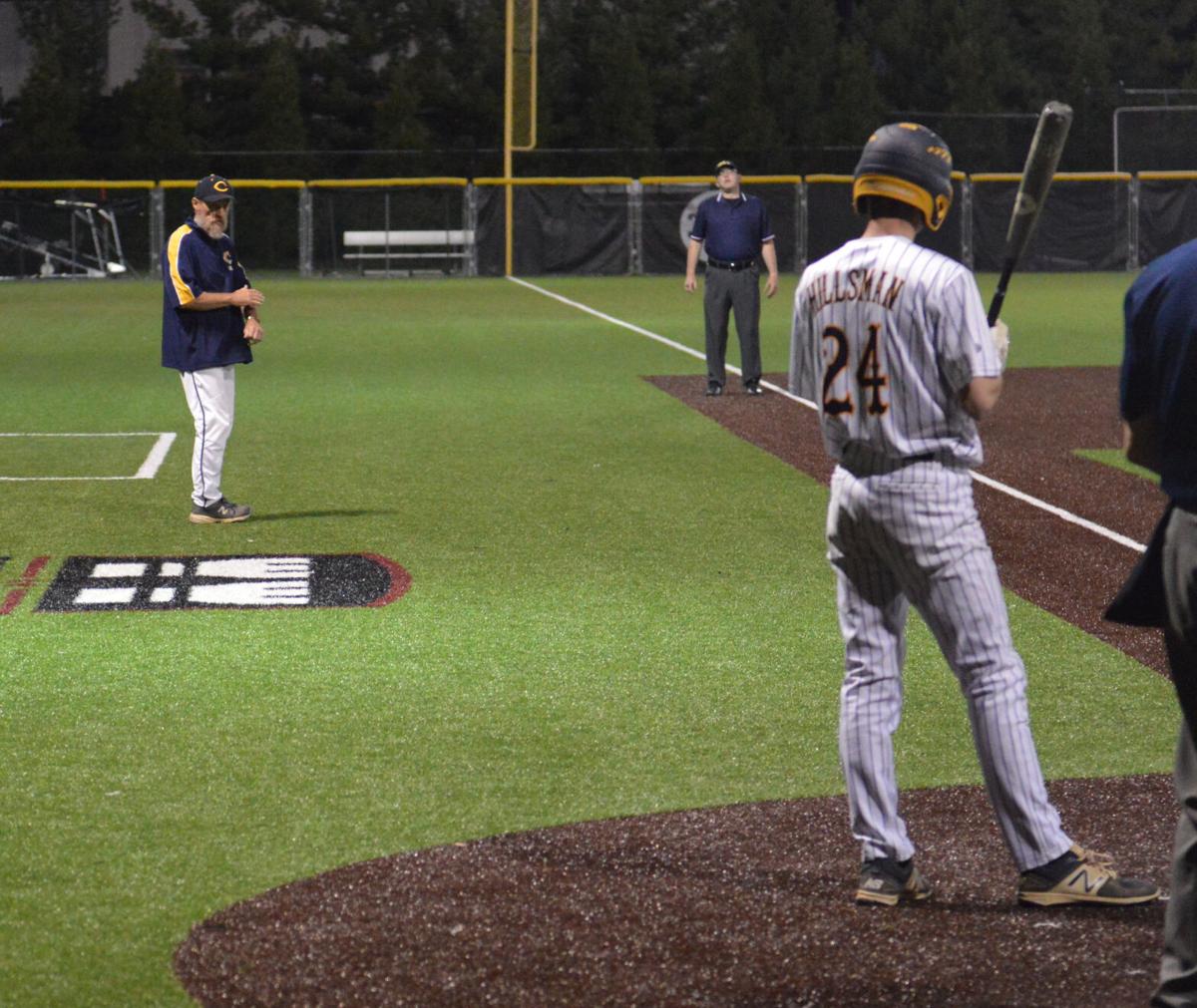 Carmichaels’ Dylan Rohrer bats against Serra Catholic during Tuesday night’s WPIAL Class AA consolation game against at Ross Memorial Park. Rohrer drove in the Mikes’ only runs with a two-run single in the fourth inning during a 7-2 loss. (Photo by Rob Burchianti)

NORTH FRANKLIN TWP. — The season of giving might be OK for times like Christmas but it really stinks in the baseball season, especially the playoffs.

Gavin Pratt and catcher Stush Ferek didn’t have a connection to speak of last Tuesday night, June 1, and that cost Carmichaels a 7-2 loss to Serra Catholic in the WPIAL Class AA third-place consolation game at Ross Memorial Park.

The loss led to a long bus trip for the Mikes (17-3) to Punxsutawney to play unbeaten District 9 champion Johnsonburg in the first round of the PIAA playoffs. That game took place Monday.

“We came here tonight and in the seventh inning, they had one hit, one hit,” said Carmichaels coach Richard Krause. “We had nine walks and four wild pitches. You aren’t going to be able to do that and beat teams like Shenango and Serra.

“I was happy with the way we swung the bats.”

Serra Catholic scored the first four runs on only one hit and took advantage of the wildness of Pratt, who had six of of the Mikes’ nine walks and four wild pitches.

“I had gone up to Norwin and I saw Pratt being extremely wild and that carried over to this game,” said Eagles coach Brian Dzurenda. “We’ve done this all year. We beat Laurel 1-0 on one hit.”

One of the most unusual scoring plays happened in the first inning when Serra scored a run on a strikeout.

Mike Schank walked with one out and moved to third on two wild pitches. Then left fielder Max Rocco swung and missed at strike three and the ball bounced away from Ferek.

Rocco started to first base and Ferek fired the ball to complete the 2-3 second out of the inning. As soon as Ferek threw the ball to first, Schank broke for the plate and beat the throw back for the first run of the game.

Serra Catholic scored its second run in the second inning.

Dom Demoss opened the inning with a walk and stole second base with designated hitter Zach Miklos at the plate. Miklos eventually walked and Demoss made it to third base on a wild pitch. Miklos stole second and Demoss came home when the throw from Ferek arrived too late to get Miklos.

After two innings, Pratt was throwing a no-hitter but trailed 2-0.

The Eagles finally scored the old fashioned way in the fourth when Miklos singled to left field with Nico Eremig on third base. He got there by — you guessed it — a wild pitch. Serra scored twice in the inning as Pratt gave way to Drake Long with two outs. Pratt, who struck out five, wound up taking the loss.

Down 4-0, the Mikes cut the lead in half in the bottom of the fourth against starting and winning pitcher Zach Karp.

Consecutive singles by Nick Ricco, Stush Ferek and Liam Lohr loaded the bases with no outs. Karp looked as if he would escape the jam unharmed when he got two straight strikeouts but Dylan Rohrer followed with a two-run single to left to make it 4-2.

Carmichaels threatened again in the bottom of the sixth when Lohr and Jacob Fordyce walked to start the inning. Max Rocco, who relieved Karp at the start of the inning, struck out Zach Hillsman and Rohrer and got Trenton Carter to bounce back to the mound.

Rocco was credited with a save.

Serra Catholic put the game out of reach by scoring three runs in the seventh inning off Long and reliever Rohrer.

Long allowed three runs on one hit and three walks with two strikeouts in 2.2 innings. Rohrer gave up two hits and struck out one in getting the last two outs of the seventh.