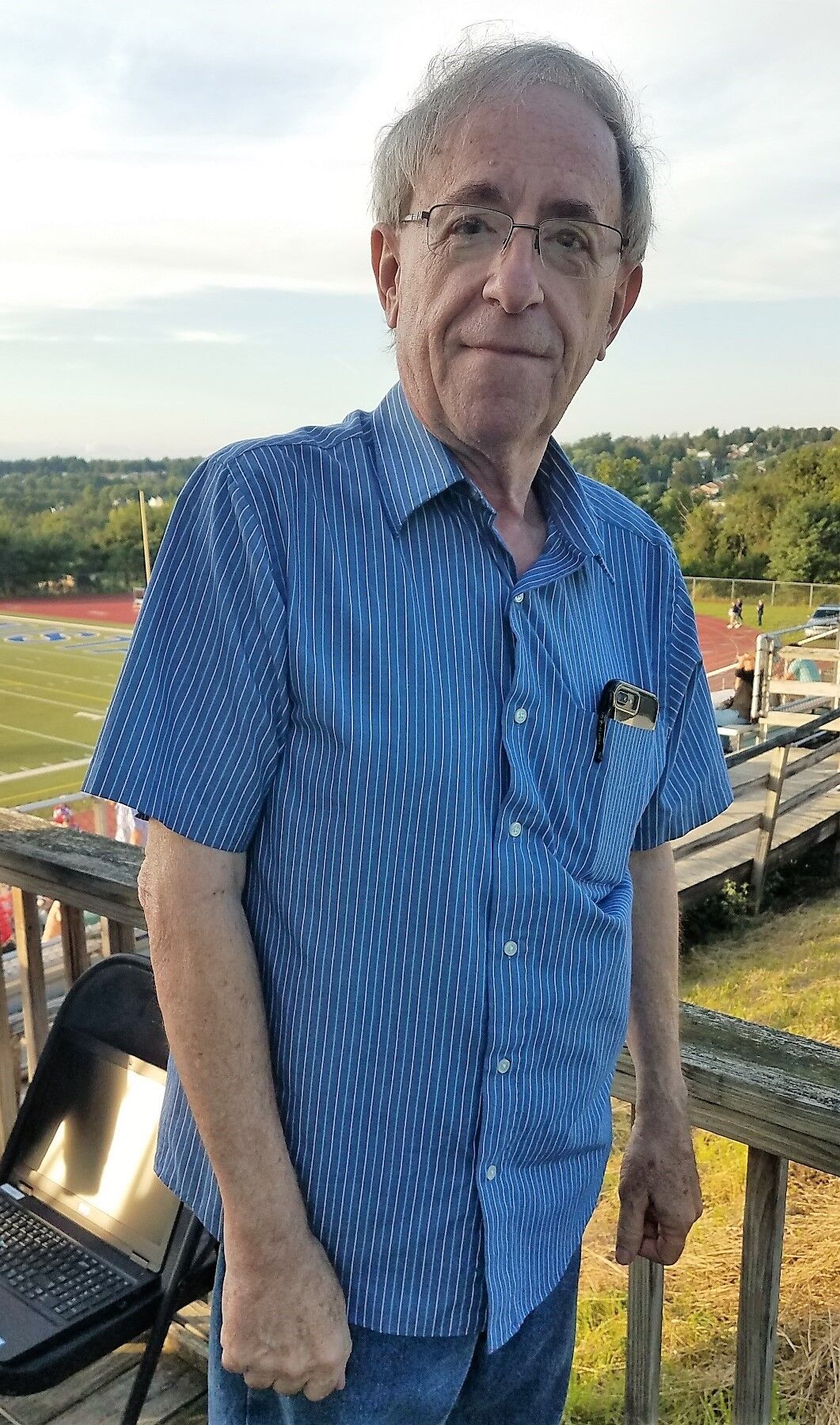 Barry Rosner is shown during Laurel Highlands’ football game against Washington at Mustang Field on Aug. 23, 2019. The press box at the field was renamed in his honor later in the season on Oct. 25. Rosner, known as the “Voice of the Mustangs,” died on Thursday after a year-plus battle with melanoma. He was 68. Photo by Rob Burchianti) 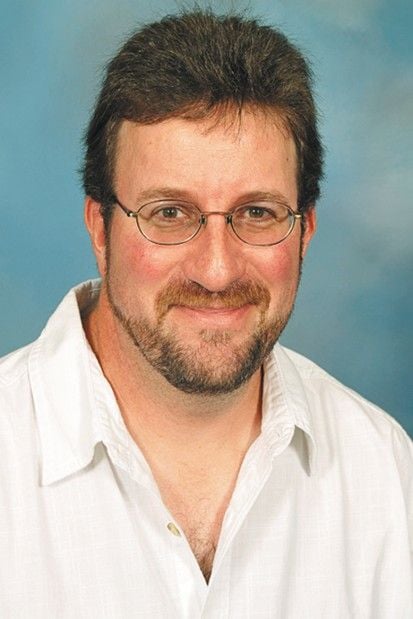 Barry Rosner shook my hand, presented me with team rosters, made sure I had a place to sit and started talking about that night’s Laurel Highlands boys basketball game.

He made it seem like this sports writer was a lifelong friend.

I had just met him for the first time that night.

That’s just the way Barry James Rosner was, a likeable man who did all he could to help out Laurel Highlands students, as well as other students across the area, for over four decades.

Barry did, indeed, become a longtime friend up until he died Thursday, Nov. 5 at Monarch Meadow Personal Care Home in Uniontown after a year-plus battle with melanoma. He was 68.

Rosner was the last surviving member of his family. He never married and had no children so he didn’t get involved in Laurel Highlands sports to help any family members and certainly not for any financial gain. He wore many hats at LH, whether it was scorekeeper, P.A. announcer, clock operator, statistician, organizer, team program producer and even booster. He also was the head of “The Blitz,” a highly successful 3-on-3 basketball team made up of local players, for many years.

“I just like helping out the kids and the school,” Rosner once told me when I asked why he did all that he did.

Rosner was a Penn State graduate and was loyal to the Nittany Lions and Penn State Fayette.

At Laurel Highlands, Rosner worked alongside Mark John for decades when John was the Mustangs basketball coach and now the school’s athletic director.

“Barry and I worked together for probably 35 or 40 years,” John said. “He was one of the most diligent and meticulous people that I was ever around. His legacy will include a person who gave his all to the Mustang nation and the student-athletes who passed through the portals of Laurel Highlands High School.

“He had been the scoreman and the announcer for the majority of the Laurel Highlands High School sports teams for at least 40 years. He was loyal and passionate about his duties, and his support for all Laurel Highlands sports was undying.”

Rosner’s illness forced him to miss Laurel Highlands’ run to the WPIAL Class 5A boys basketball championship this past winter.

“He was there in spirit,” John said, “as there was not one game that I attended that someone, either from Laurel Highlands or other area high schools or just fans who knew Barry, did not come up to me and ask, ‘How is Barry doing?’”

Rosner was well respected and garnered many honors for his work over the years. Just last year the press box at Mustang Field was renamed “Barry Rosner Press Box” and he was the recipient of the Dick Kohl Memorial Award by the Tri-County Athletic Directors Association.

“For a person who never had any kids involved, Laurel Highlands couldn’t have had a more loyal and dedicated person,” said Laurel Highlands graduate and boys basketball coach Rick Hauger. “Barry was involved in the majority of the programs at one point or another and often multiple programs at the same time. He initially started out with Mr. (Harold ‘Horse’) Taylor.

“He did other things. He was a D.J. and photographer. He was just a tremendous person who gave a lot of himself and his time to the Laurel Highlands athletic program and boys basketball in particular.”

Rosner was always proud to show me that season’s edition of the Laurel Highlands boys and girls basketball program, for many years a flip program that he designed with the boys team featured on one cover and the girls on the reverse.

“Barry took over doing the basketball program and always wanted to make it better each year,” Hauger said. “I remember when we went on the road a lot of times he would buy a program from another team to see what they did, and every year it seemed like he had something he wanted to do to improve it.

“He was very organized and meticulous about it. He wanted everything to be just right. Anybody that had seen them would have to marvel at the composition of them. That was an undertaking of his that he took great pride in. He did a terrific job with it.”

Rosner was highly regarded outside of Laurel Highlands, as well.

“Barry was a Fairchance-Georges guy,” said Andria, who coached in the Albert Gallatin school district many years at F-G and AG. “He lived in Rosedale. I always used to kid him, I’d say, ‘I wish you would’ve stayed here and did for this school district what you did for Laurel Highlands.’ He was fabulous.

“I said they should build a statue for him because of all the kids and people he helped at LH over the years. Losing him ... it’s a tragedy, really.”

Rosner also was the organizer of the Laurel Highlands Undergraduate Tournament, one of the largest such basketball events in the region for years.

“People still talk about the undergrad tournament he ran. That’s been unmatched,” said Uniontown boys basketball coach Rob Kezmarsky, who knew Rosner since his days as a basketball star at Laurel Highlands.

“Nobody was able to accomplish what he did when it started 20-25 years ago. Barry was ahead of the times with that tournament. He put so much work into those. Teams would come to it from everywhere, all over the region to play in it. That was one of the biggest things around.

“He did so much, and not just for Laurel Highlands, but for a lot of kids in the area.”

Kezmarsky recalled what Rosner did for him when he was a player in high school.

“I played in the Roundball Classic preliminary game back in 1990 and was voted the game MVP,” Kezmarsky said. “Barry was right there with me, following me around, taking pictures, and calling the papers to tell them what I did. He took a picture of me being interviewed by Bill Hillgrove after the game that I have and treasure to this day.

“He was as proud of what I did as I was. That was Barry. He loved to help you out in whatever way he could.”

Laurel Highlands was No. 1 in his heart, though.

“Whenever Barry would announce on senior days he would always say, ‘Remember, you will always be a Mustang and always be welcome at Laurel Highlands High School,’” John said.

“Barry, you will be sadly and sorely missed by all.”