Log In Sign Up
You have permission to edit this article.
Edit
News
Obituaries
Calendar
Classifieds
Sports
Opinion
Greene County Fair
About Us
Homes
Subscribe
1 of 4 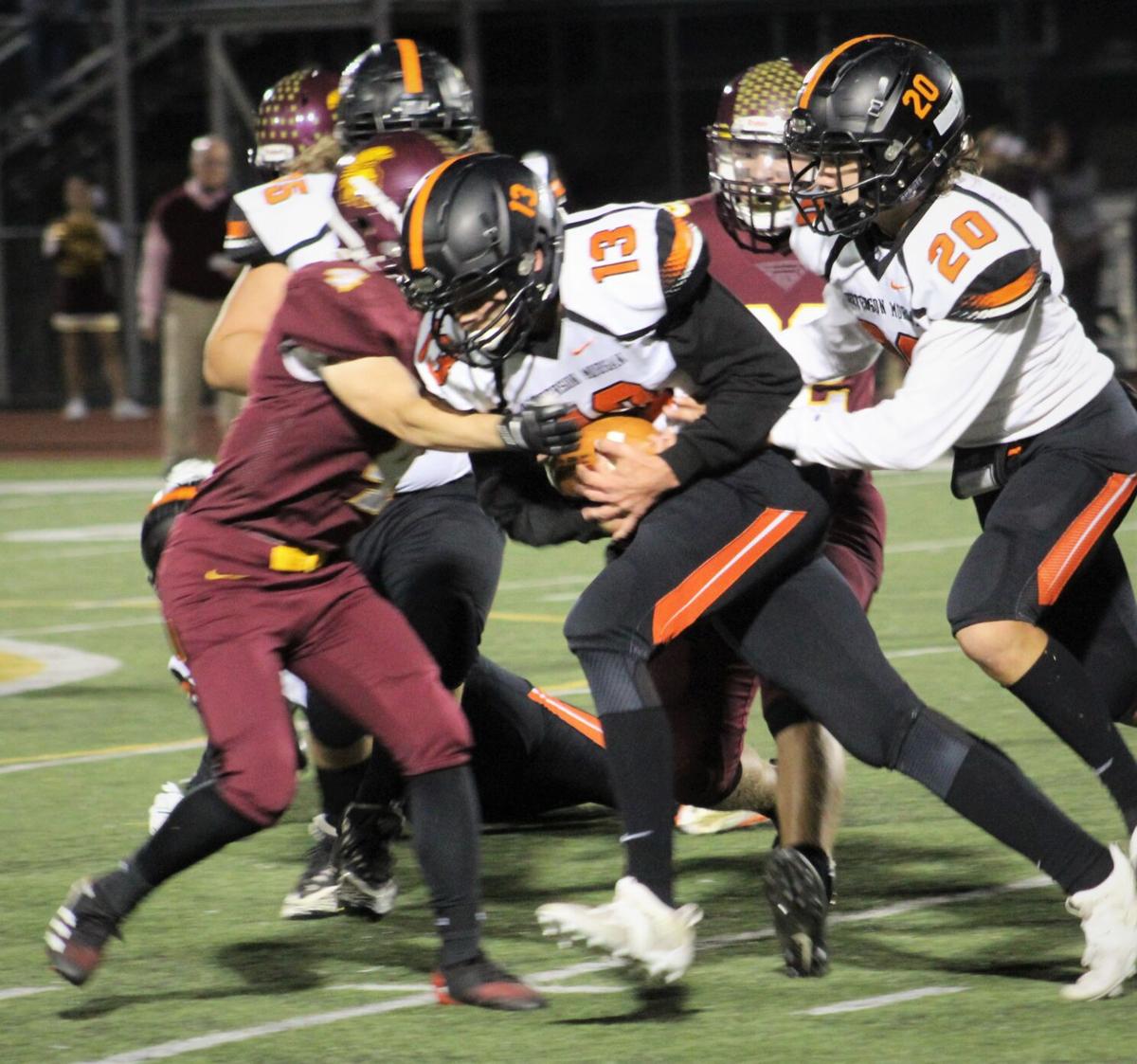 Jefferson-Morgan quarterback Colt Fowler (13) lowers his shoulder into California’s Connor Vig (4) on a run in the first quarter of Friday’s Tri-County South Conference game at California. (Photo by Jim Downey) 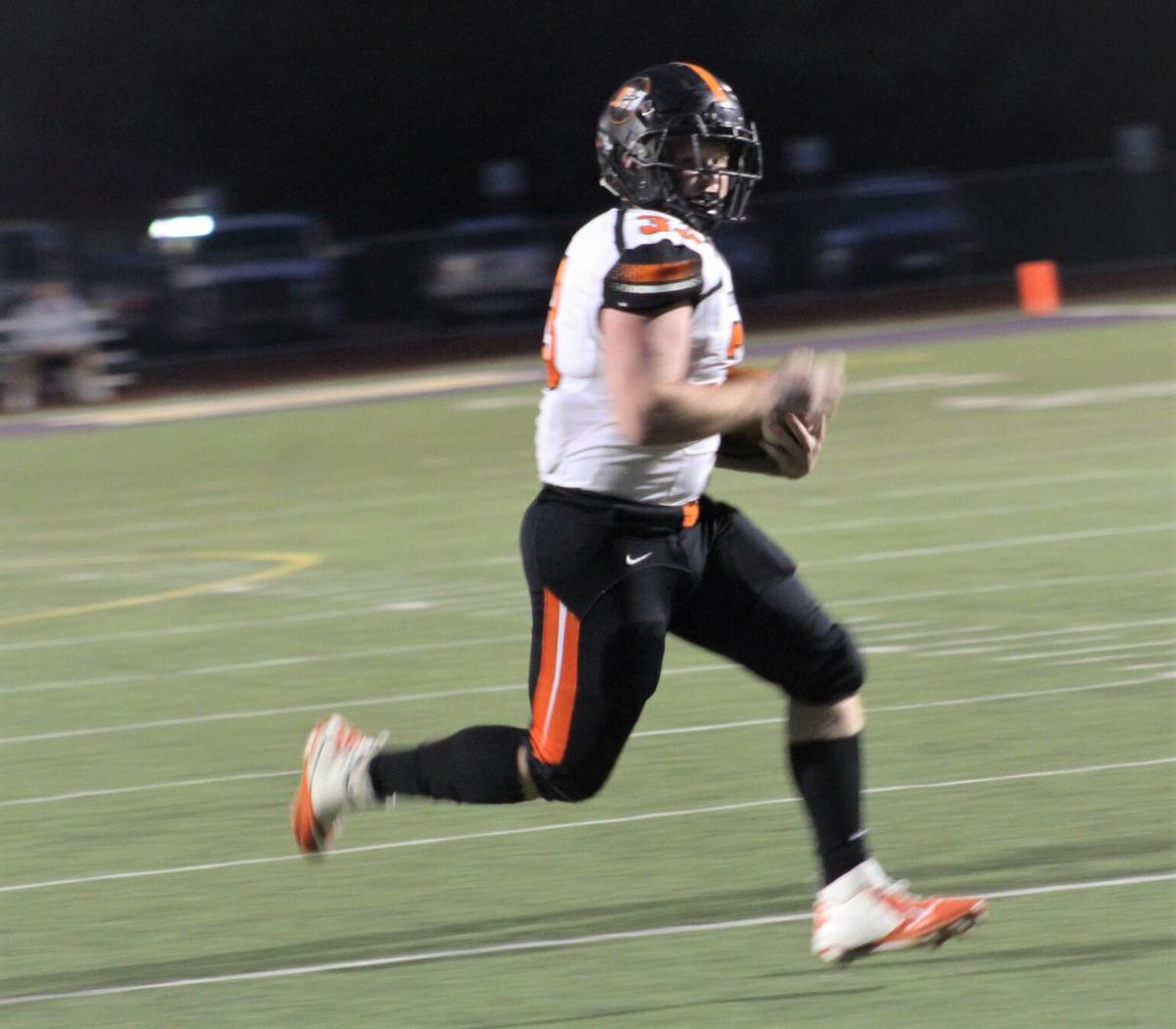 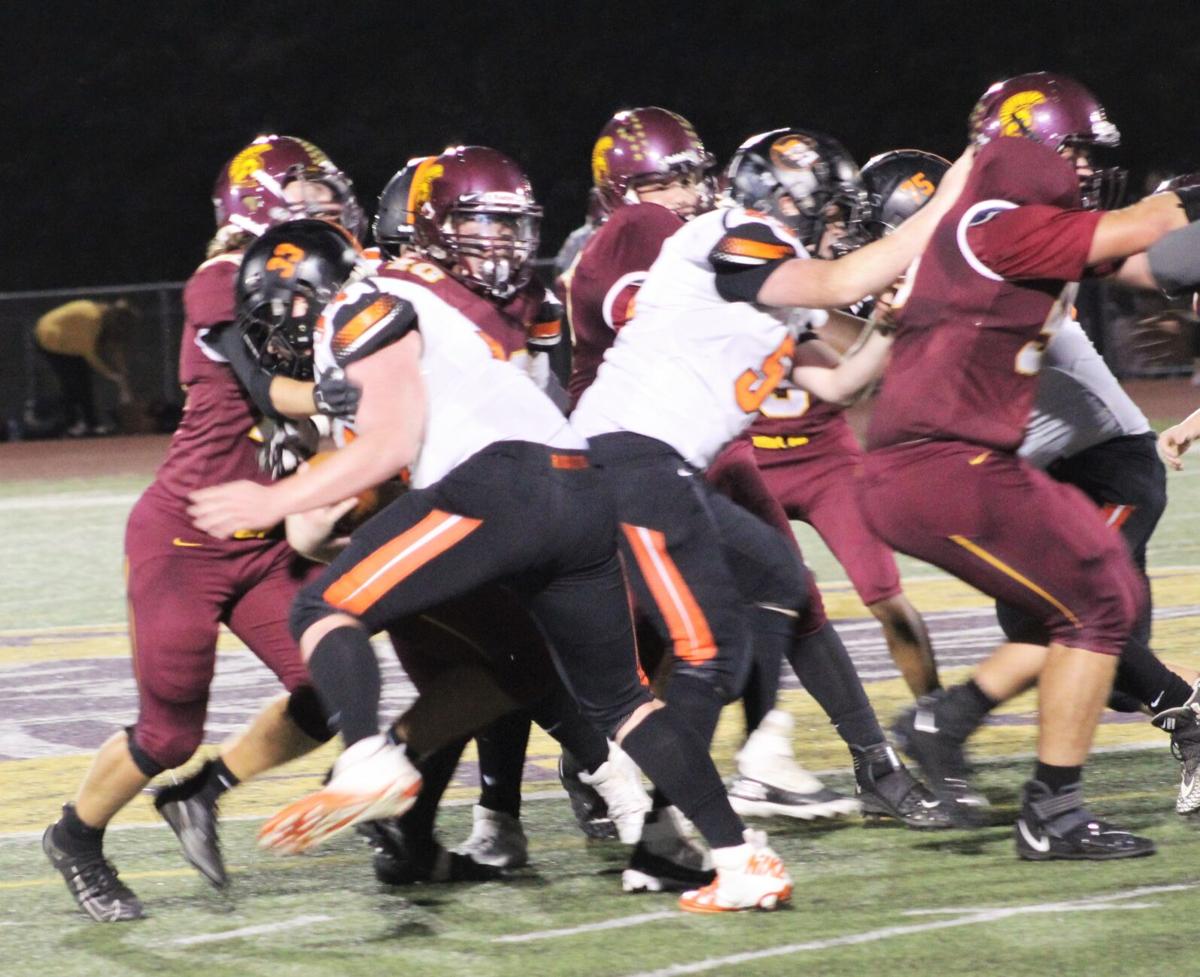 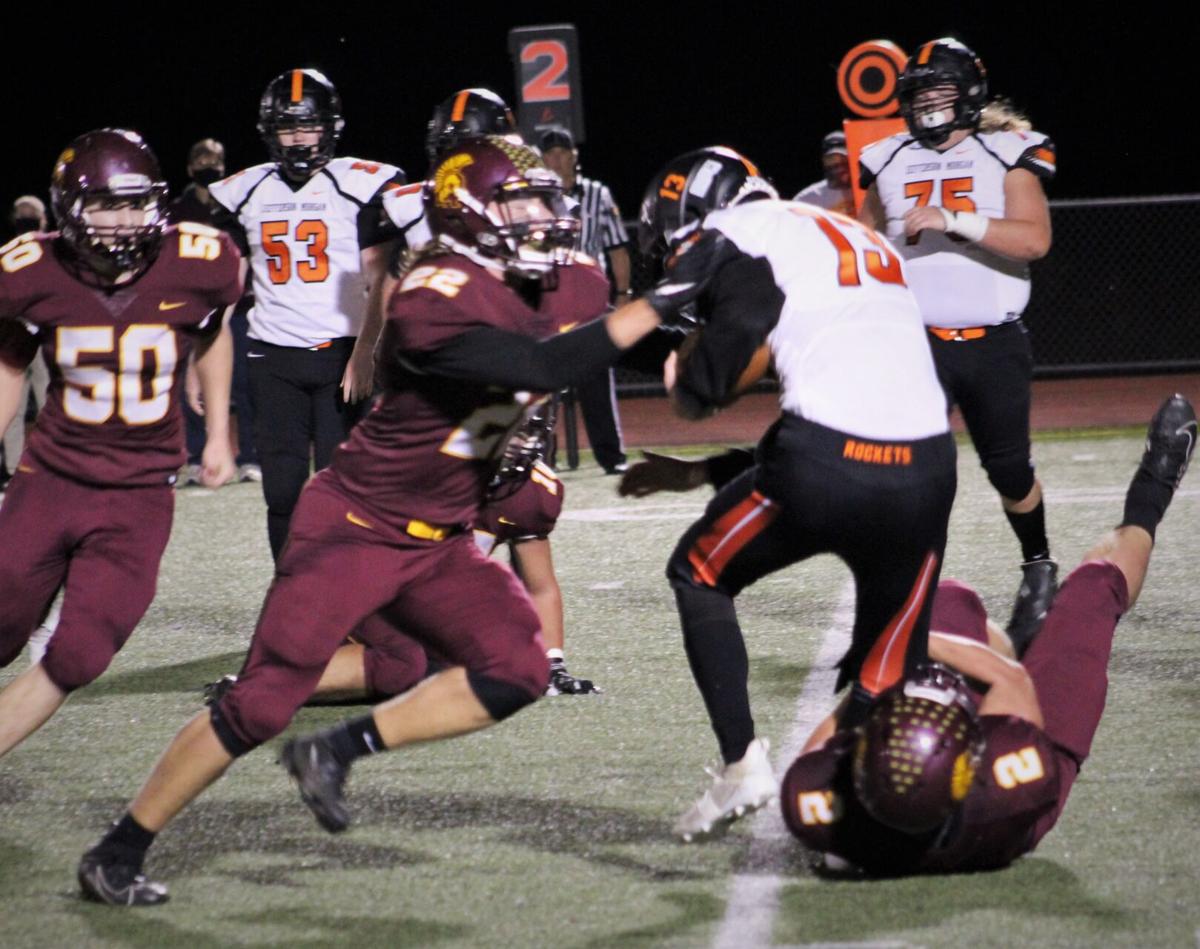 California’s Jaeden Zuzak (2) holds onto Jefferson-Morgan’s Colt Fowler (13) as the Trojans’ Matt Trunzo (22) comes in for the tackle in the second quarter of Friday’s Tri-County South Conference game at California. (Photo by Jim Downey)

Jefferson-Morgan quarterback Colt Fowler (13) lowers his shoulder into California’s Connor Vig (4) on a run in the first quarter of Friday’s Tri-County South Conference game at California. (Photo by Jim Downey)

California’s Jaeden Zuzak (2) holds onto Jefferson-Morgan’s Colt Fowler (13) as the Trojans’ Matt Trunzo (22) comes in for the tackle in the second quarter of Friday’s Tri-County South Conference game at California. (Photo by Jim Downey)

CALIFORNIA — California running back Jaeden Zuzak had a season in the first half last Friday night against Jefferson-Morgan.

Then, they started the second half.

And Zuzak added one more long touchdown run in the third quarter as he finished with 439 yards and seven touchdowns, leading undefeated California to a 65-22 Tri-County South victory.

Zuzak ran for five touchdowns in each of the Trojans’ previous two games, giving him a total of 17 in the three-game stretch and 20 for the season.

The win improves California to 4-0 in the conference and 4-0 overall. It also sets up a showdown for first place in the Tri-County South next Saturday night at Carmichaels (5-0, 5-0). The Mikes received a forfeit Friday when Monessen could not field enough healthy players.

It didn’t take long for Zuzak to make an impact on the California contest as he bolted 63 yards up the middle on the game’s first offensive play, giving the Trojans a 6-0 lead.

Jefferson-Morgan’s Kevin Teagarden returned the ensuing kickoff all the way to the California 25, setting up Jonathan Wolfe’s 17-yard touchdown run that tied the score at 6-6.

It all was California from there as the Trojans reeled off 40 unanswered points. Zuzak ripped off two more TD runs in the first quarter to make it 18-6. Then, after J-M turned the ball over on downs at the California 6, Zuzak bolted 94 yards for his fourth TD. Zuzak added two more TD runs around Damani Stafford’s 53-yard scoring jaunt.

J-M’s Colt Fowler threw a 55-yard touchdown pass to Owen Maddich and the two hooked up on a two-point conversion in the final minute of the first half, which ended with California leading 46-14.

Fowler scampered 10 yards for a TD in the third quarter, but California’s Ethan Fike crossed the goal line on a 1-yard plunge and Zuzak scored his seventh TD to make it 59-22.

Spencer Petrucci capped the scoring with a 5-yard run in the fourth quarter. Petrucci had set up the scoring drive by intercepting a J-M pass. The Trojans’ defense picked off four passes.

Fowler threw three of those interceptions, the same amount of completions he had, going 3-of-9 but all three went to Maddich for a total 193 yards.

While they gave up some big plays through the air, the Trojans thwarted Jefferson-Morgan’s running game, holding Wolfe to just 56 yards on 19 carries.