Log In Sign Up
You have permission to edit this article.
Edit
News
Obituaries
Calendar
Classifieds
Sports
Opinion
Greene County Fair
About Us
Homes
Subscribe
e-Edition
1 of 4 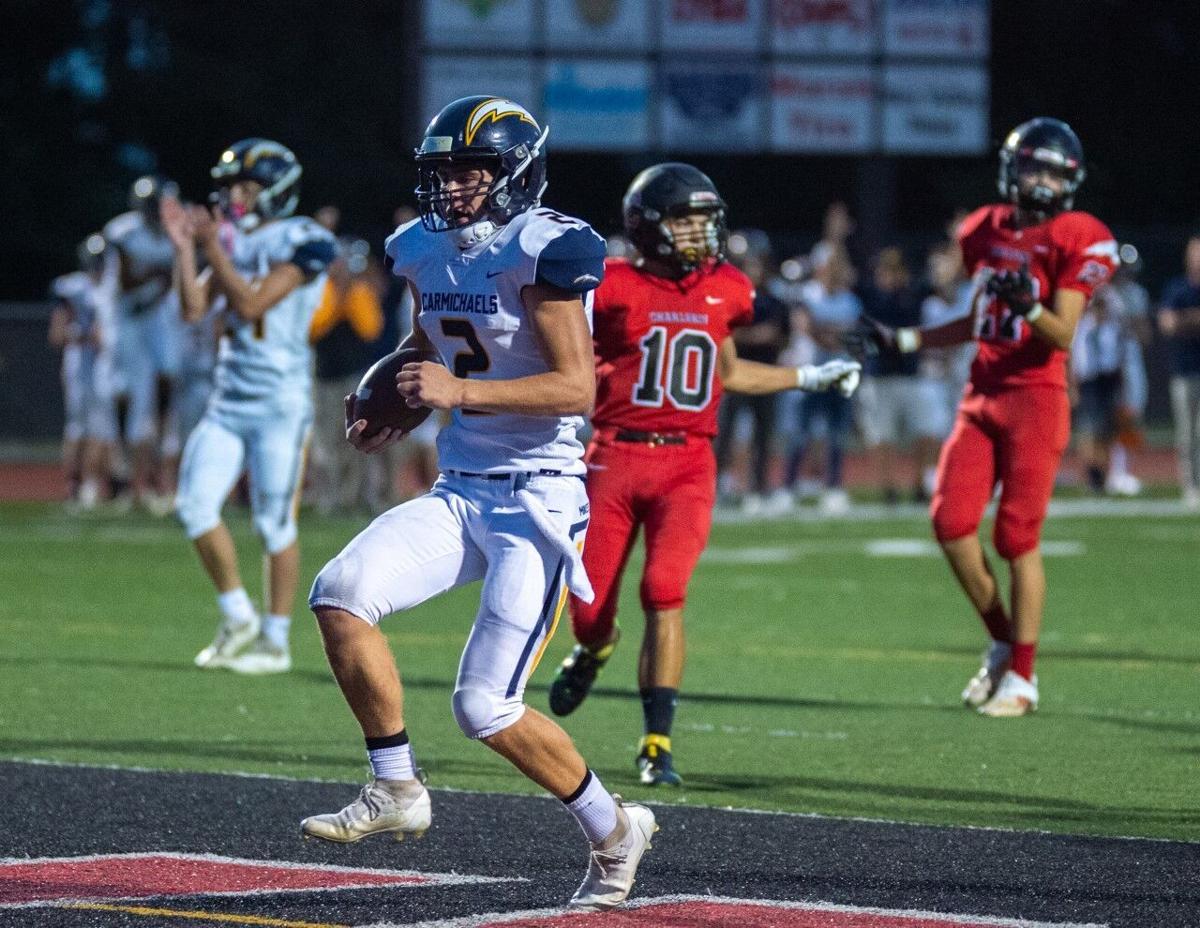 Carmichaels’ Carter Trenton runs the ball in for a touchdown against Charleroi during Friday night’s game at Myron Pottios Stadium. (Photo by Holly Tonini) 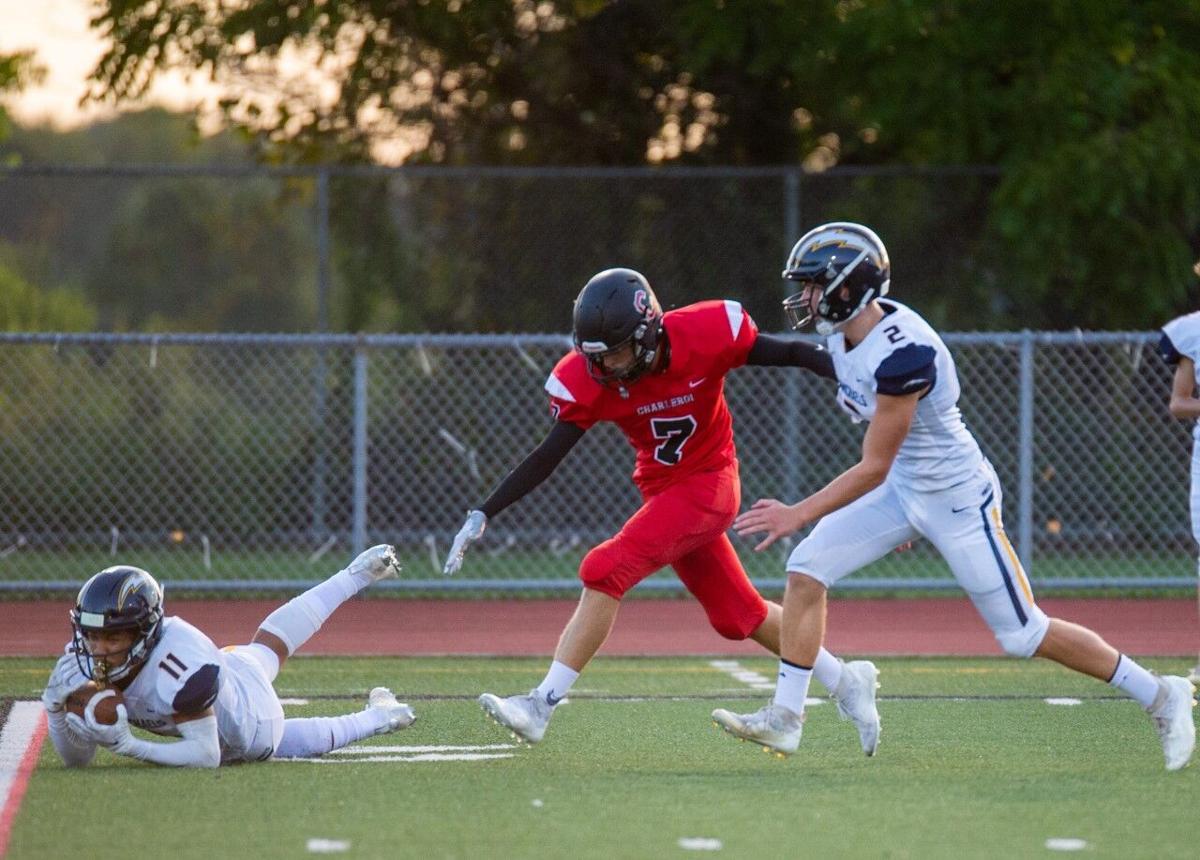 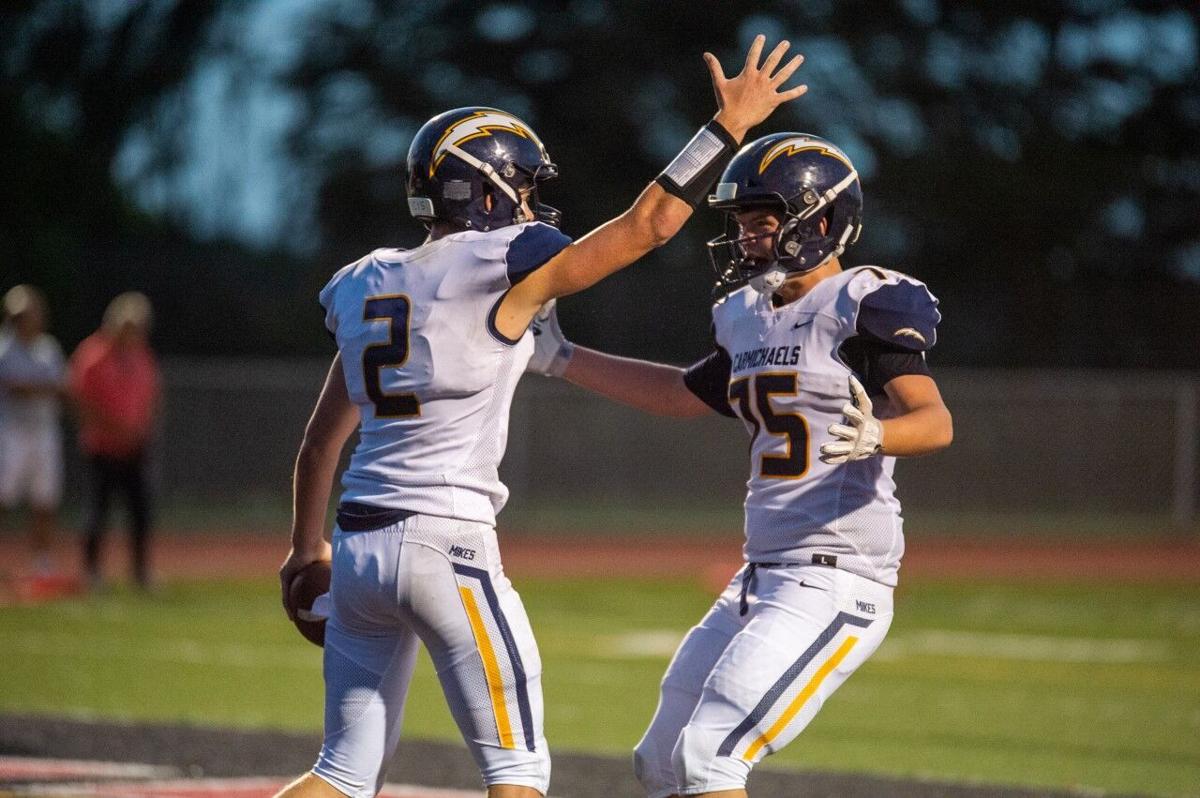 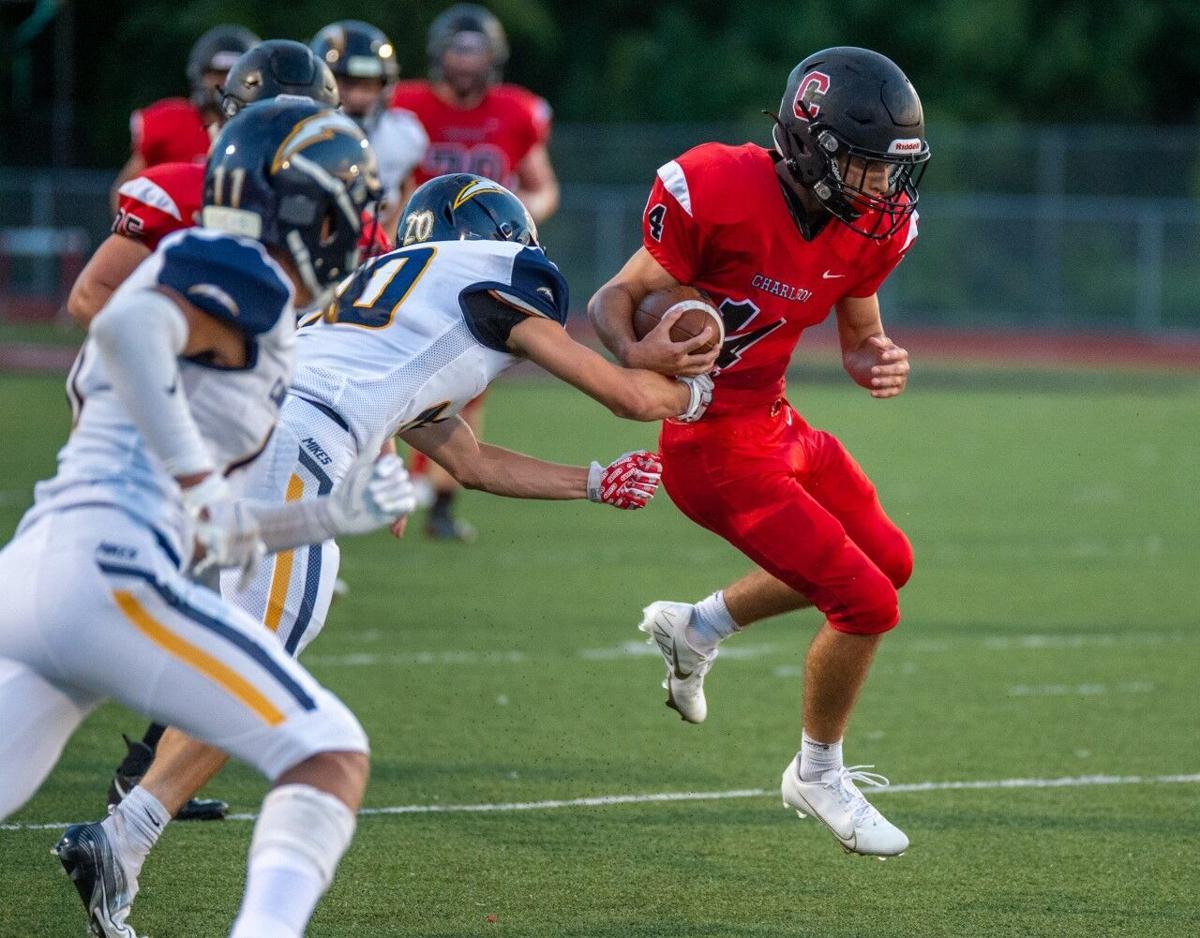 Carmichaels’ Carter Trenton runs the ball in for a touchdown against Charleroi during Friday night’s game at Myron Pottios Stadium. (Photo by Holly Tonini)

CHARLEROI — If any Charleroi faithful expected to lose to Carmichaels in 2021, the number was slim.

Sure, the Cougars have regressed over the past few years, missing the WPIAL playoffs entirely in 2020.

Sure, Carmichaels has improved over the past few years. But it was still a Class A school going against a Class 2A school on the road, and said 2A school was playing its first “normal” home game since pre-COVID society.

It also wasn’t that long ago when Charleroi beat Carmichaels 69-7, which it did in 2018. Even more recently, the Cougars beat up on the Mikes 59-7 in 2019, before Carmichaels departed the Century Conference.

Although the Charleroi faithful probably didn’t expect another 50+ point blowout, they at least expected a win.

Behind two seniors who started in that 69-7 loss three years ago, quarterback Trenton Carter and receiver Michael Stewart, the Mikes led 21-0 at halftime and didn’t take their feet off the gas in the second half, leaving Myron Pottios Stadium with a 42-7 win.

“It means so much to us,” Stewart said, “because the last three years they beat us by 50, 60. So it stuck with me, and I just wanted to get back at them.”

Second-year coach Ron Gallagher recognized what the night meant to his upperclassmen.

“They were on the field as sophomores and freshman, getting their butts kicked by Charleroi,” Gallagher said. “So, it was nice to win.”

Carter’s first high school start took place in that 69-7 flogging. As a senior, Carter was at the center of it. He finished the night 10-for-13 passing for 170 yards, two touchdowns and an interception, and ran for 92 yards and two scores on 13 attempts.

It wouldn’t take long for Carter to flex his muscles. On the second play from scrimmage, Carter hit receiver Michael Stewart for a 71-yard touchdown. The extra point was true, and the Mikes (2-0) were out to a 7-0 lead.

The man nearest to Stewart was likely in Kazakhstan. The Carter-Stewart connection – the two have been best friends since grade school – discussed such a scenario prior to kickoff.

“He’s my quarterback,” Stewart said, “and he always will be.”

Stewart finished the night with three catches for 83 yards and that score – all in the first half. On the ground, he had touchdown runs of 14 and 23 yards.

“For Michael Stewart, it’s a mindset,” Gallagher said. “Last year and the year before, if something didn’t go we’ll, he’d kind of take himself out. I’ll tell you what, I’m proud of the kid.

Charleroi had a good thing going on its first possession, driving the ball into Carmichaels territory. But Brendan Harps’s pass was intercepted by a diving Tyler Richmond, and the Mikes went back on the ball. On a 4th and 5 from the Charleroi 30, Carter threaded the needle and found Richmond, who stumbled in for the score.

After the Mikes’ next drive ended in an interception, Charleroi (1-1) drove to the Carmichaels 37, close enough to go for it on 4th and 6. But Parker Hyatt came up big, sacking Harps and forcing a turnover-on-downs.

It was one of plenty of big plays made by defensive caller Chace Johnston’s unit, certainly an improvement from Week 0, in which the Mikes gave up 33 points to Waynesburg Central. Gallagher said his defense resembled “Swiss cheese” against Waynesburg. Not the case in Charleroi.

With 32 seconds left in the first half, Carter did it on the ground, keeping it from 7 yards to put the Mikes ahead by three scores. Carter finished the first half 8/11 for 149 yards, two touchdowns and an interception, and ran for 65 yards on nine carries with a score.

Charleroi had a response in the second half, scoring in the opening 2:14 of the third quarter. Nikko Pellegrini finished the drive with a 7-yard run.

On Carmichaels’ next possession, Stewart capped off a five-and-a-half-minute march with a 14- yard run, plowing into defenders on his way to the end zone. It was once again a three touchdown game.

“We knew we could come back,” Carter said, “so we came back and gave it right back to them.”

When Stewart ended Carmichaels’ next possession with a 23-yard scamper, it was curtains for Charleroi.

The Mikes have scored 96 points through two weeks, and Gallagher sees even better nights ahead.

Running back Peyton Schooley quietly had a solid night, running for 99 yards on 14 carries.

“We had a really good week of practice,” coach Brady Barbero said. “We came out and we let some opportunities get by us early. Give it to Carmichaels. They played hard, they wanted it a little more than we did, and I’ll take the blame for that.”