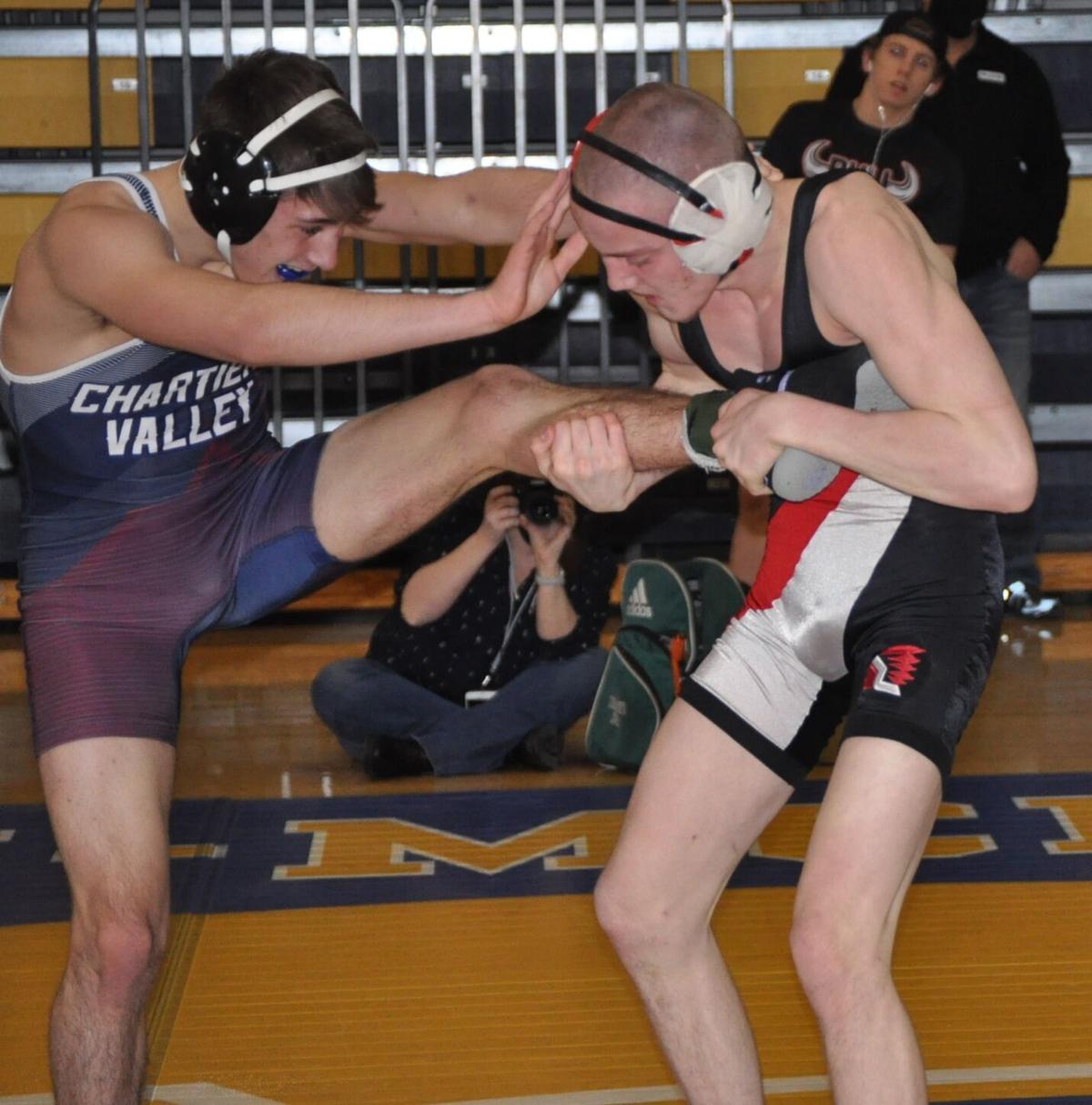 Waynesburg Central’s Cole Homet has a hold of Dylan Evan’s leg during their 138-pound finals of the Section 4 Tournament Saturday at Canon-McMillan. Homet won a 3-2 decision. (Photo by Joe Tuscano) 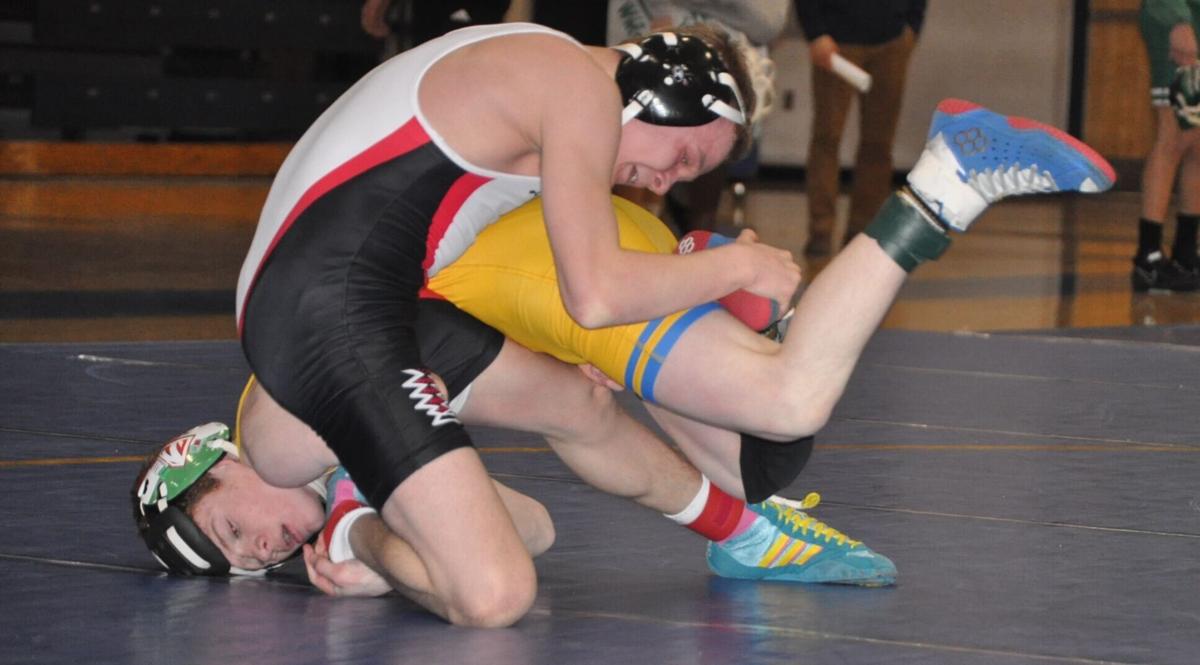 Ky Szewczyk of Waynesburg Central (front) has Andrew Binni of Canon-McMillan on his head during their 106-pound finals of the Section 4 Tournament Saturday at Canon-McMillan. Szewczyk won 2-1.

Waynesburg Central’s Cole Homet has a hold of Dylan Evan’s leg during their 138-pound finals of the Section 4 Tournament Saturday at Canon-McMillan. Homet won a 3-2 decision. (Photo by Joe Tuscano)

Ky Szewczyk of Waynesburg Central (front) has Andrew Binni of Canon-McMillan on his head during their 106-pound finals of the Section 4 Tournament Saturday at Canon-McMillan. Szewczyk won 2-1.

CANONSBURG – In the story of Samson and Delilah, the cutting of Samson’s hair didn’t work out very well for the legendary Israelite warrior.

Don’t tell that to Cole Homet, who showed up with his curly locks in some one’s trash can. The newly shaved head of Homet glowed under the lights of Canon-McMillan’s gymnasium.

Homet wrestled his nemesis, Dylan Evans of Chartiers Valley, and instigator of the shaving of said head after their last meeting, a 9-4 victory by Evans in the 138-pound finals.

This time, with a clean shaven head, too, Kyle Homet, Cole’s brother, was standing along the top railing and yelling down instructions. The combination of bald heads, mostly Cole’s, produced a 3-2 victory in the finals of the Section 4 Tournament at Canon-McMillan High School.

The top two finishers in each weight class advance to the WPIAL Class AAA Championships next week at Canon-McMillan.

Waynesburg dominated the tournament with 12 first places and Trinity had one, Ty Banco at 215. It is believed to be the most section champions crowned in the tournament’s current format.

This was a tournament of paybacks: Szewczyk, Phaturos and Homet rallied from losses in the subsection.

Homet’s loss tore at him and spurred the change of hairstyles.

“I was able to ride,” said Homet, who is now 1-1 with Evans. “I came home after I loss and my brother said come here. We almost fist-fought because he was yelling at me. But he was trying to help me.

Phaturos has wrestled Blake Reihner of Trinity for the fourth time this season, the latest coming in the 126-pound finals. Phatorus lost a 3-1 overtime decision to Reihner in Wednesday’s subsection tournament. The victory ties the season series at two wins apice.

“He likes to keep it close and pull it out at the end,” said Phatorus. “I knew I had to attack, stay on him. I wasn’t afraid of getting tired. The bike workouts have helped a lot. We condition pretty well at Waynesburg.”

Szewczyk, whose dad won a state title at North Star High School in 1997 before becoming an assistant coach at Waynesburg, lost a 7-2 decision to Andrew Binni of Canon-McMillan in the subsection tournament. Szewczyk gutted out a 2-1 decision to win the section title.

“I wanted to get my hand raised so bad,” said Szewczyk. “He such a great competitor. I have so much respect for him.”

The lone non-Waynesburg wrestler to win a title was Ty Banco of Trinity, who avenged a pin from Tim Rohaley of Canon-McMillan with a pin in 4:59.

Banco took a 2-1 in their three-bout series so far.

Banco offered a hand to help Rohaley up but he refused it.