Log In Sign Up
You are the owner of this article.
Edit Article Add New Article
News
Obituaries
Calendar
Classifieds
Sports
Opinion
Greene County Fair
About Us
Homes
Subscribe
1 of 3 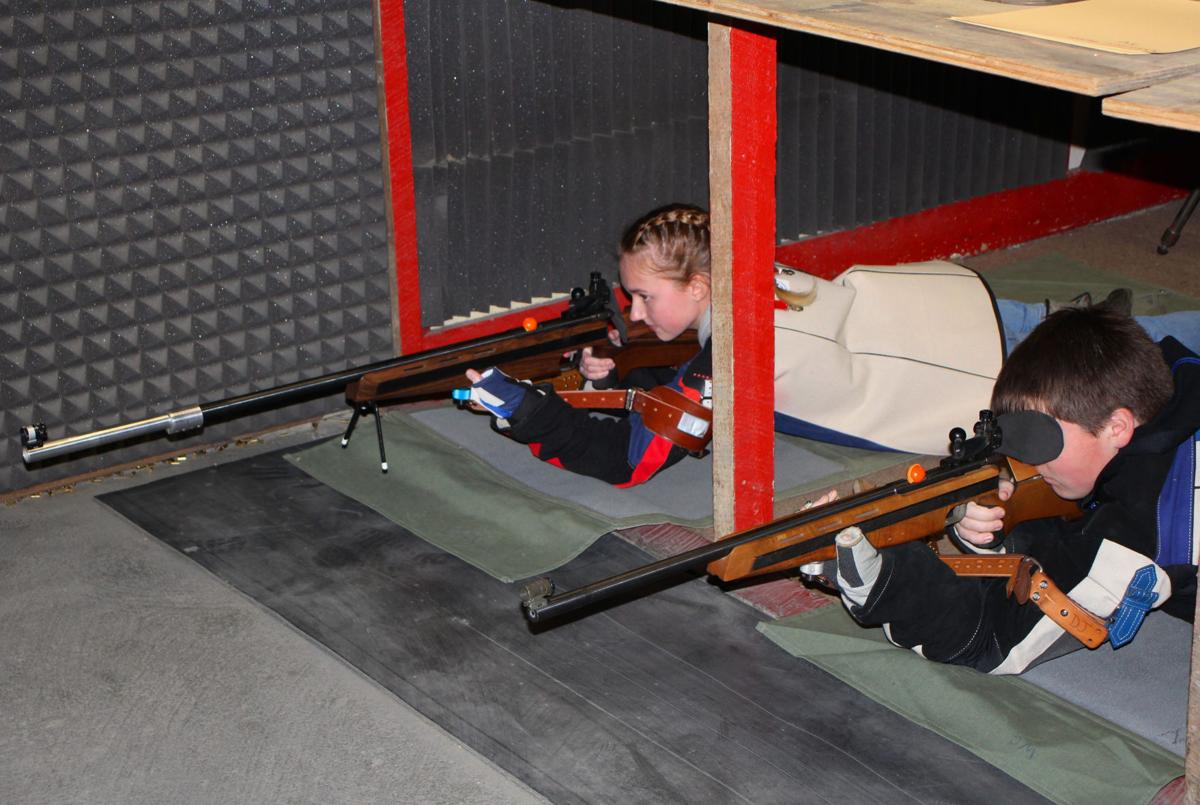 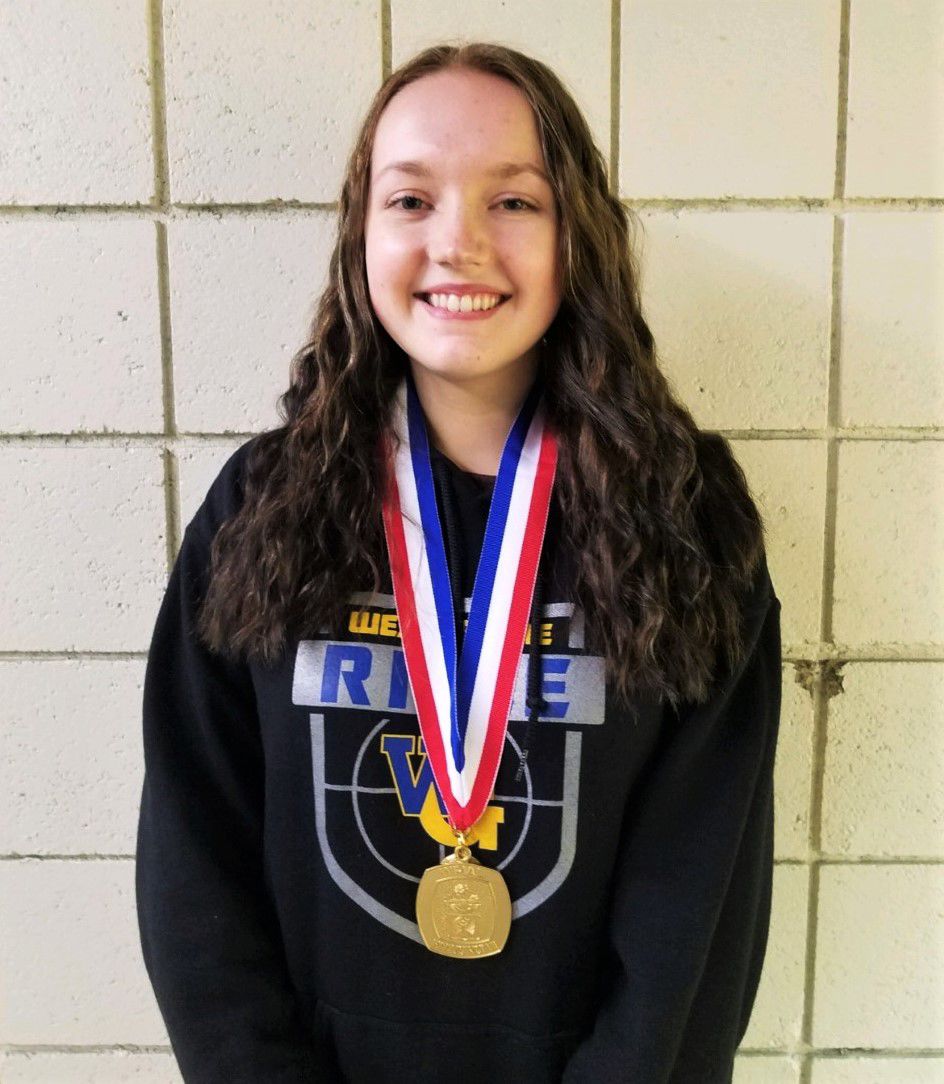 West Greene senior Sheyann Watson poses with the gold medal she was awarded after winning the 2020 WPIAL Individual Rifle Championship on Feb. 18 at Mt. Lebanon/Dormont Sportsmen’s Club. Watson then placed ninth in the state tournament to earn All-State honors.(Submitted photo)

West Greene senior Sheyann Watson poses with the gold medal she was awarded after winning the 2020 WPIAL Individual Rifle Championship on Feb. 18 at Mt. Lebanon/Dormont Sportsmen’s Club. Watson then placed ninth in the state tournament to earn All-State honors.(Submitted photo)

West Greene senior Sheyann Watson capped her impressive final season for the Pioneers when she finished ninth in the state tournament that concluded on Feb. 20.

Watson earned All-Tournament honors for the second year in a row. She finished seventh in the state last year.

The 19th annual Pa. State Scholastic Smallbore Rifle Championships were held in two locations in the state with Frazier-Simplex Rifle Club the western site. The results came through a little over a week after both sites concluded their two-day competition.

Targets in the state final were different than the ones competitors used in section and district competitions.

“It’s based off perfect center shots. ‘Xs’ don’t exist,” explained West Greene coach Sam Crawford. “The scoring is done all by computers. The sheets are scanned through a computer.”

Watson said she was a bit under the weather in the state final, so she needed time to build her focus and concentration. Also, the targets are smaller than the ones used throughout the season.

“I was really sick the day of states. It was really rough on the first two sets. Starting out, I was shaky. I settled in after two or three shots,” said Watson, who will attend Bethany College (W.Va.) this fall.

“These targets are actually smaller than the ones we shoot. Normally, we shoot A17 size. The ones at states were A50. It was definitely challenging,” said Watson. “We had to change our apertures on our sights.”

Each of the 42 competitors had 20 minutes to finish each target.

“I like to take my time and get a good rhythm. I try to zone out,” said Watson.

Crawford prepared Watson, along with teammates D.J. Jones and Ruby Rittenhouse, for the state tournament by practicing on the targets.

“We actually started practicing on the state targets. We had to change the aperture on the sights,” explained Crawford. “The state target was smaller, so it was a large change in the aperture. Shooting at that target is a more precise sight than in the regular season.”

Crawford added the smaller target increases the pressure on the athlete’s concentration and focus.

“They (use the smaller targets) to make kids be more competitive. It comes down to pure skill,” said Crawford. “An athlete needs to be able to focus on the heart rate and breathing. Plus, they have to trust their coach, their spotter.

“I’ve spotted for Sheyann for four years. She dropped only four Xs all season. She was only one of two shooters (in the WPIAL) in my eight years (with the team), that’s the best season average I’ve seen.”

Not bad for a relative newcomer to the sport.

“When she started as just a freshman, Sheyann had never shot a rifle before,” said Crawford.

Not only was Frazier-Simplex a familiar range for the Pioneers, but the state champion came out of Section 1, Avella’s Alayna Walther.

“I know. I was pretty pleased to see a familiar face win,” said Watson.

“Ruby Rittenhouse is only a junior. She had a lot of nerves. She didn’t know what to expect,” said Crawford. “I wish Ruby would’ve shot a little better than she did. Next year, who knows? She might break the top 10.”

Waynesburg Central competed in the team championships, also shooting at Frazier-Simplex. The Raiders finished seventh with a team score of 1,005.8. Everett won the team title with 1,027.4.

The rifle tournament was the last winter sport to complete its championship. Basketball was suspended a week from its finish, while swimming completed only the Class AAA portion of the state meet.

“I’m extremely happy (the tournament was completed). I feel so bad for basketball, softball and track & field, especially the seniors,” added Crawford.