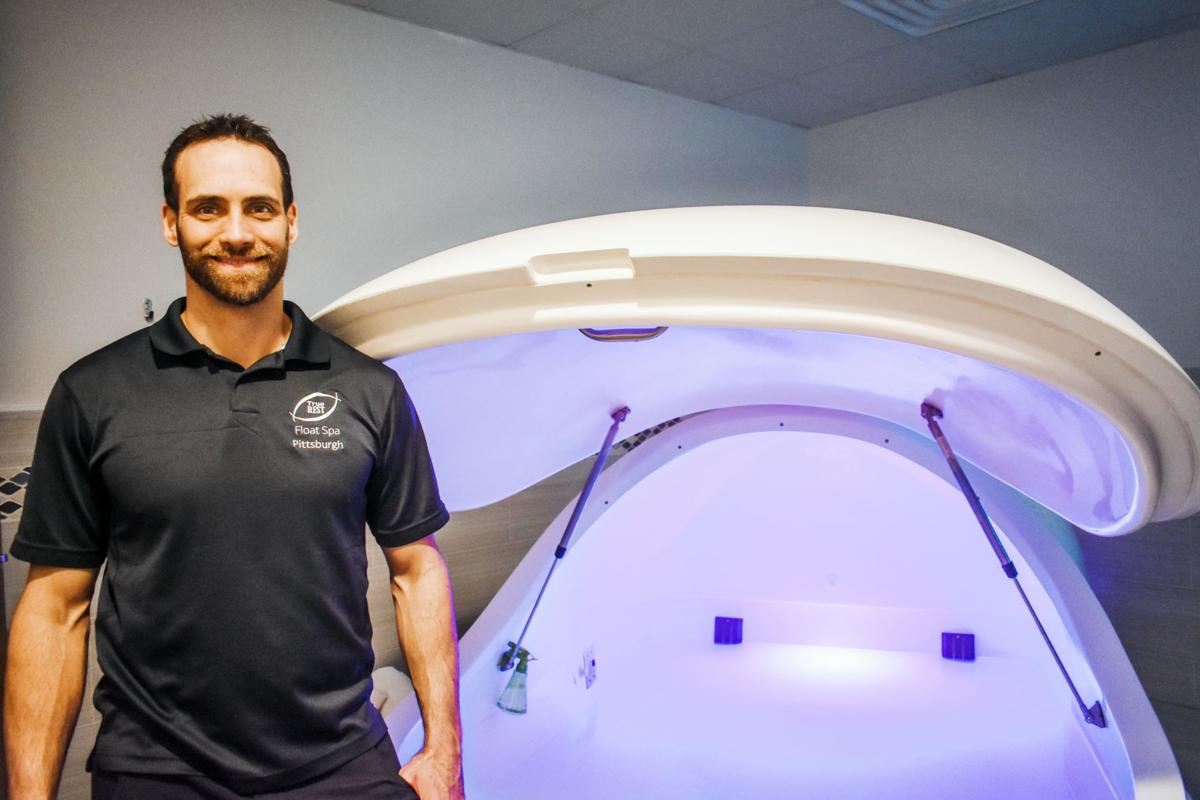 Nate Apland, manager of the Scott Township True REST Float Spa, stands in front of one of his businesses’ pods. 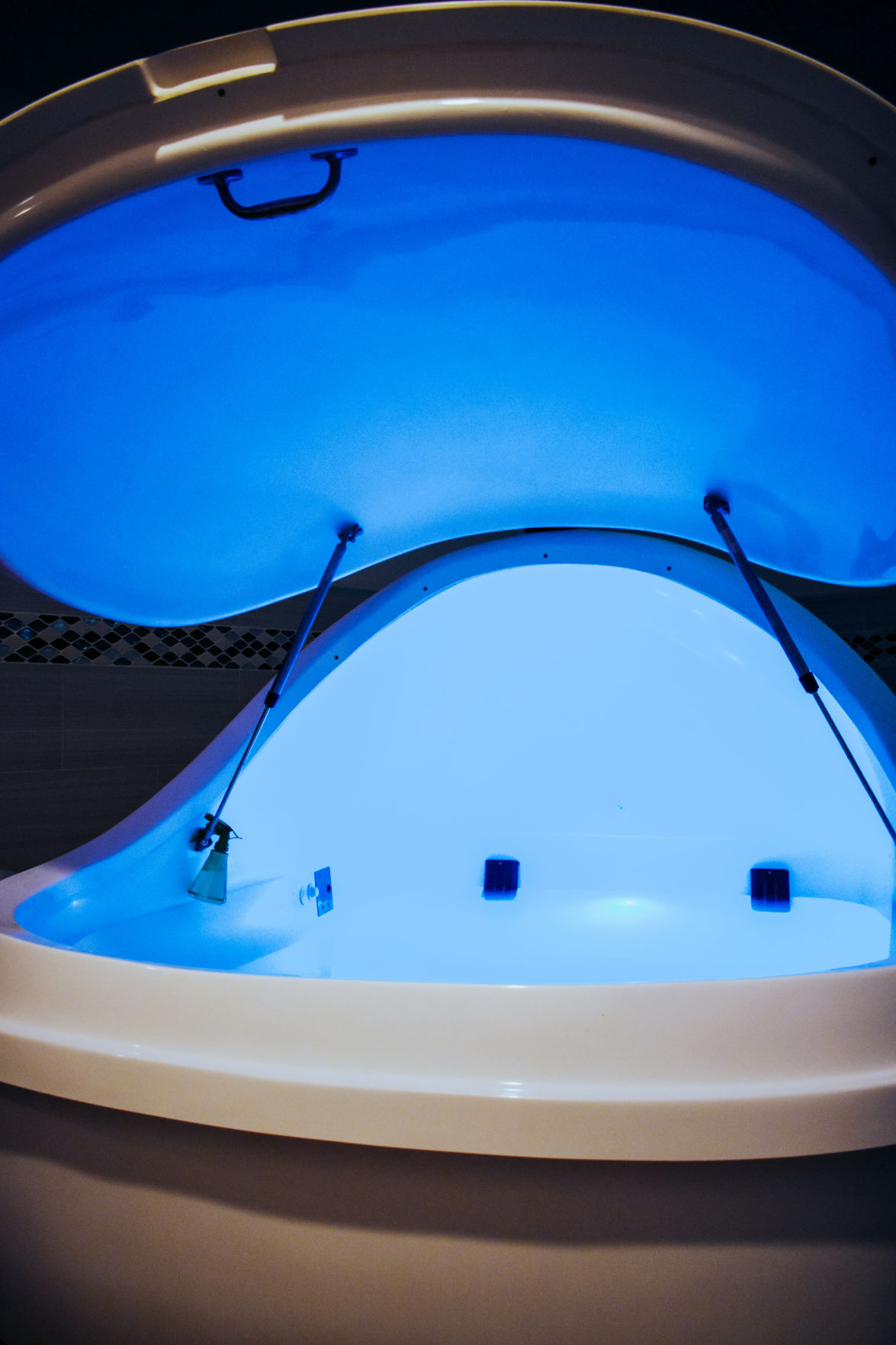 A pod at True REST Float Spa in Scott Township. 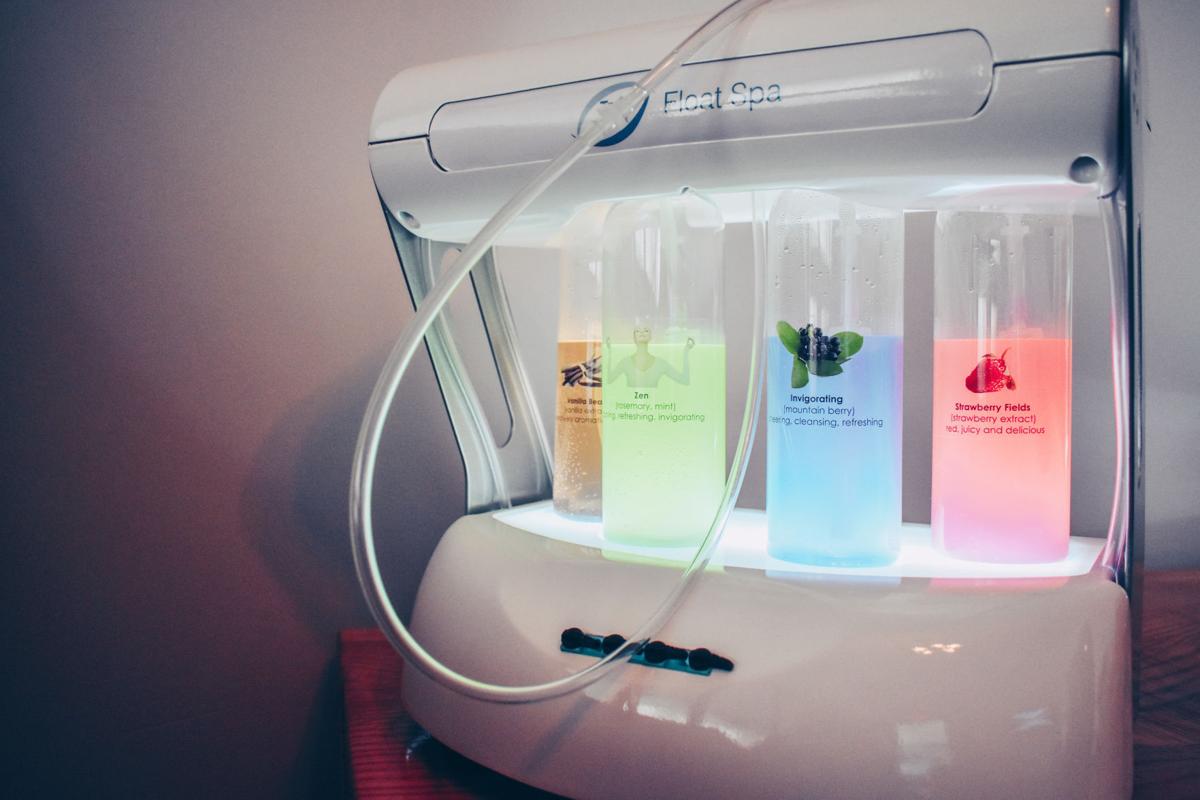 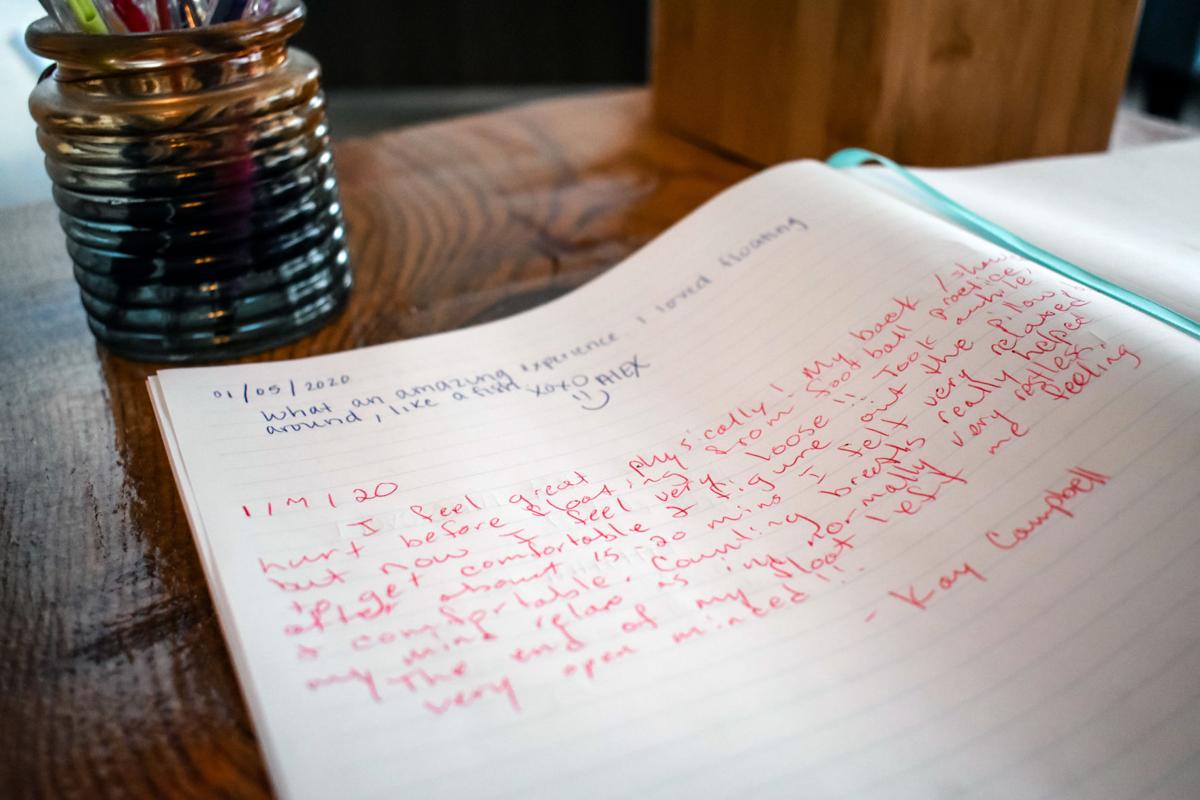 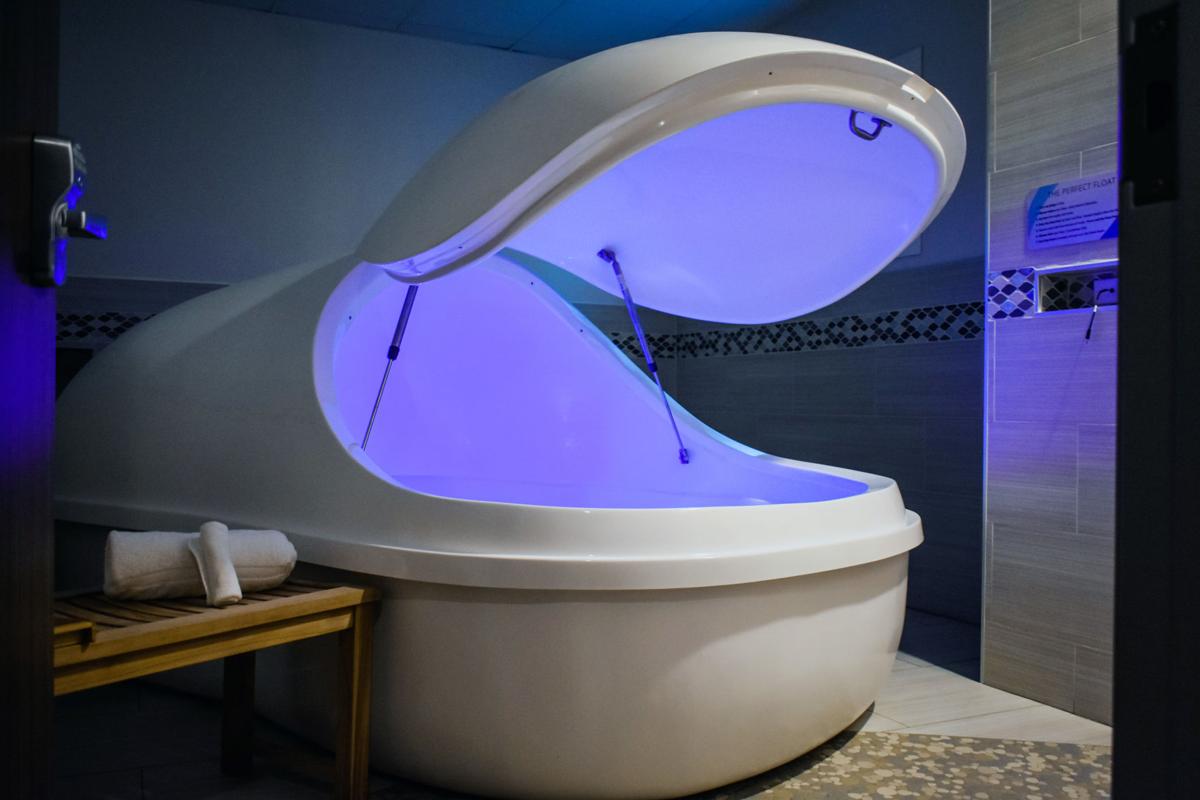 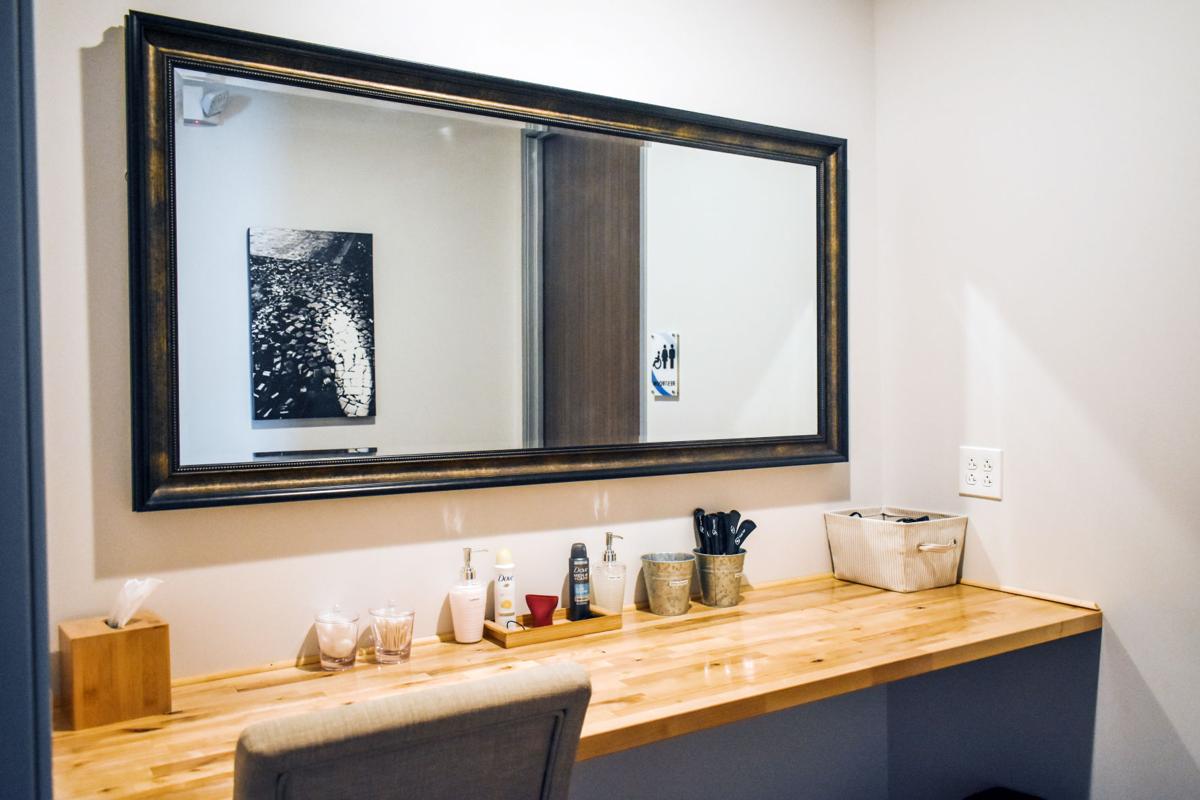 True REST Float Spa in Scott Township offers different types of beauty and self care items for its customers. 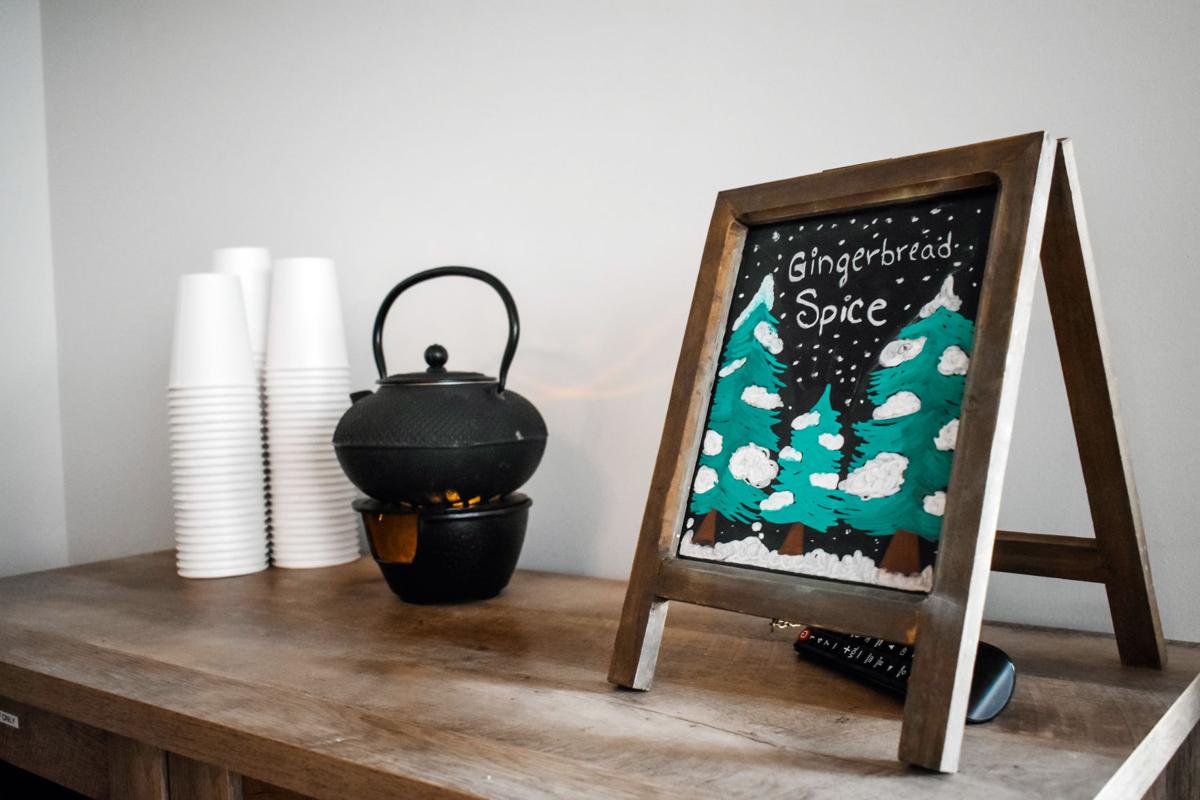 Tea is offered for customers after their session at True REST Float Spa in Scott Township.

Nate Apland, manager of the Scott Township True REST Float Spa, stands in front of one of his businesses’ pods.

A pod at True REST Float Spa in Scott Township.

True REST Float Spa in Scott Township offers different types of beauty and self care items for its customers.

Tea is offered for customers after their session at True REST Float Spa in Scott Township.

When Jeff Jalbrizikowski was in Chicago for a work conference recently, he searched for, and found, a float therapy spa.

About 10 months ago, Jalbrizikowski, 37, of Pittsburgh, incorporated float therapy into his self-care routine.

At least once a month, the U.S. Army veteran who served in Iraq and Afghanistan, and is an avid cyclist and runner, floats in total darkness and silence in an egg-shaped tank filled with Epsom salt at True REST Float Spa in Scott Township.

“At first, it was pretty weird, but within five minutes of my first time there, I smiled. I had a big grin of my face,” said Jalbrizikowski. “I was just able to relax. It wasn’t some miraculous cure, but floating gives me a chance to get super relaxed. It’s given me a mindset that it’s OK to relax.”

Once considered a fad embraced by hippies, floating is gaining respect as a wellness practice and is becoming more mainstream.

Float therapy, or REST (Restricted Environmental Stimulation Therapy), has been embraced by athletes in many sports - including NFL, NBA and MLB players, marathoners and Olympic athletes - who tout physical and mental benefits they’ve experienced, such as quicker recovery time, improved mental visualization and better sleep.

But athletes aren’t the only people who float. Apland said floaters come in all ages and come for a variety of reasons: easing chronic pain, to increase circulation and reduce stress and anxiety.

“Floating helps with a lot of things. There’s a physical and mental benefit,” said Apland, a former exercise physiologist. “The pod kind of gives you what you need. It’s a great environment because there are no distractions, no cell phones going off. We are being over-stimulated nonstop today, and that’s a huge reason why you’re seeing people with anxiety and stress. The hour that you’re here is an hour where you’re shutting off the stimulation to your brain. We say, jokingly, that it’s a mental and a physical re-set.”

True REST offers eight suites, complete with a changing area, rainfall shower, earplugs, petroleum jelly (to cover cuts that might be irritated during the float) and a tub filled with 10 inches of water and about 1,200 pounds of Epsom salt. The salt content is about 30%, making it twice as buoyant as the Dead Sea and enabling the body to float.

There are no pressure points on the body when it’s floating.

Floaters have the option to keep the lights off, or select one of several colors in the tub. They also can listen to music piped in through a speaker in the tub, bring their own music, or float in silence.

Apland said a majority of clients float with the lights off.

The pod can be closed completely, or left open.

After the float, clients are provided with tea or water, and have access to an oxygen bar that offers 94% pure oxygen that is run through distilled water infused with plant-based essential oils.

Floating was invented in the mid 1950s by neuroscientist Dr. John Lilly, who began experimenting with the mind’s response to sensory deprivation. Participants in his study were placed into a flotation chamber Lilly built, and when they emerged, they reported feelings of intense relaxation and calm.

Apland cited an MRI study conducted by Dr. Justin Feinstein, a neuropsychologist and director of the Float Clinic and Research Center at the Laureate Institute for Brain Research in Tulsa, Okla., that determined floating shuts down the amygdala, the area of the brain that triggers the fight-or-flight response.

“That’s important for people with PTSD, anxiety and stress because it actually reduces stress in a way that medication and prescription drugs do, without the side effects,” said Apland, who noted True REST offers free floats to military veterans, active military personnel, and first responders once a month.

By the early 2000s, interest in float therapy - which went out of favor in the 1980s - rekindled. In 2009, less than two dozen float spas operated. Now, there are hundreds.

Float therapy has helped him improve physically and mentally, he said. In the past year, he has dropped 35 pounds, has recovered from sports injuries and has noticed an improved mood.

“Again, it’s not magic, but it’s been good for me, mentally, and I feel like I’ve been able to get back to cycling and running because I’ve healed from the injuries I’ve suffered. I’ve been pleased with myself in 2019,” said Jalbrizikowski. “Somehow, it’s helped.”