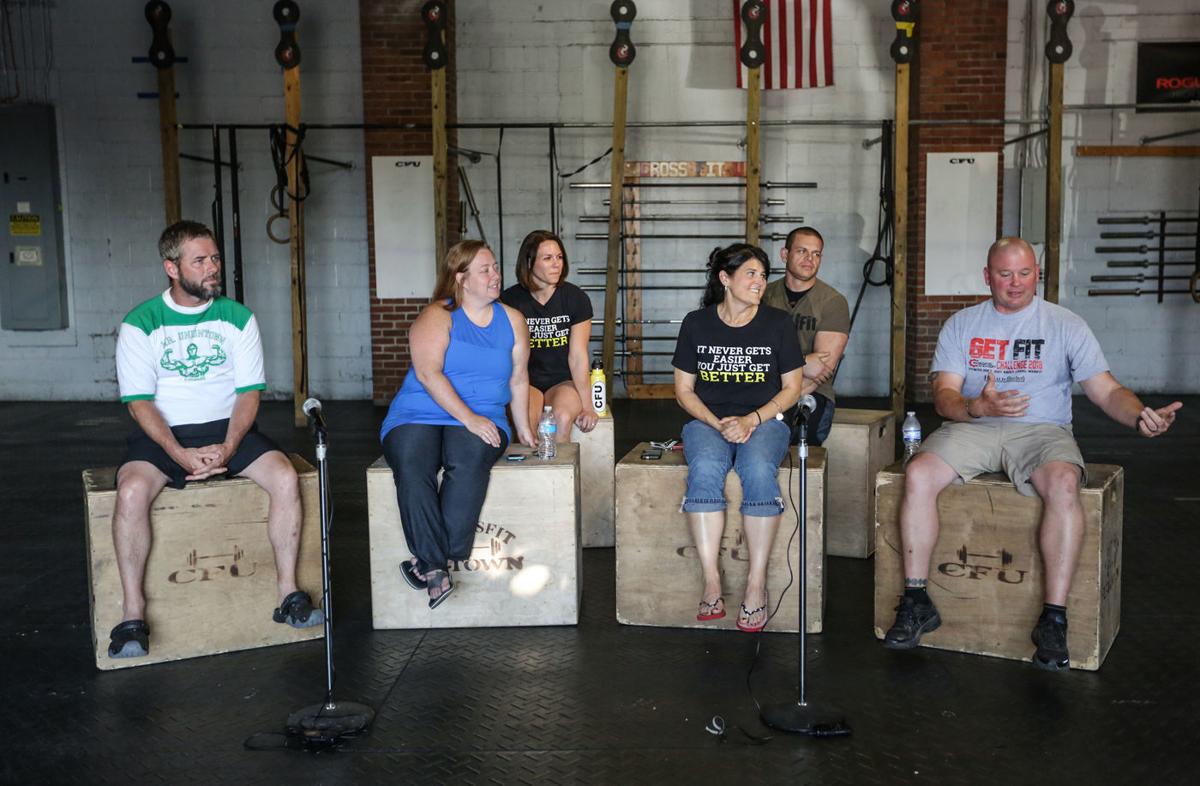 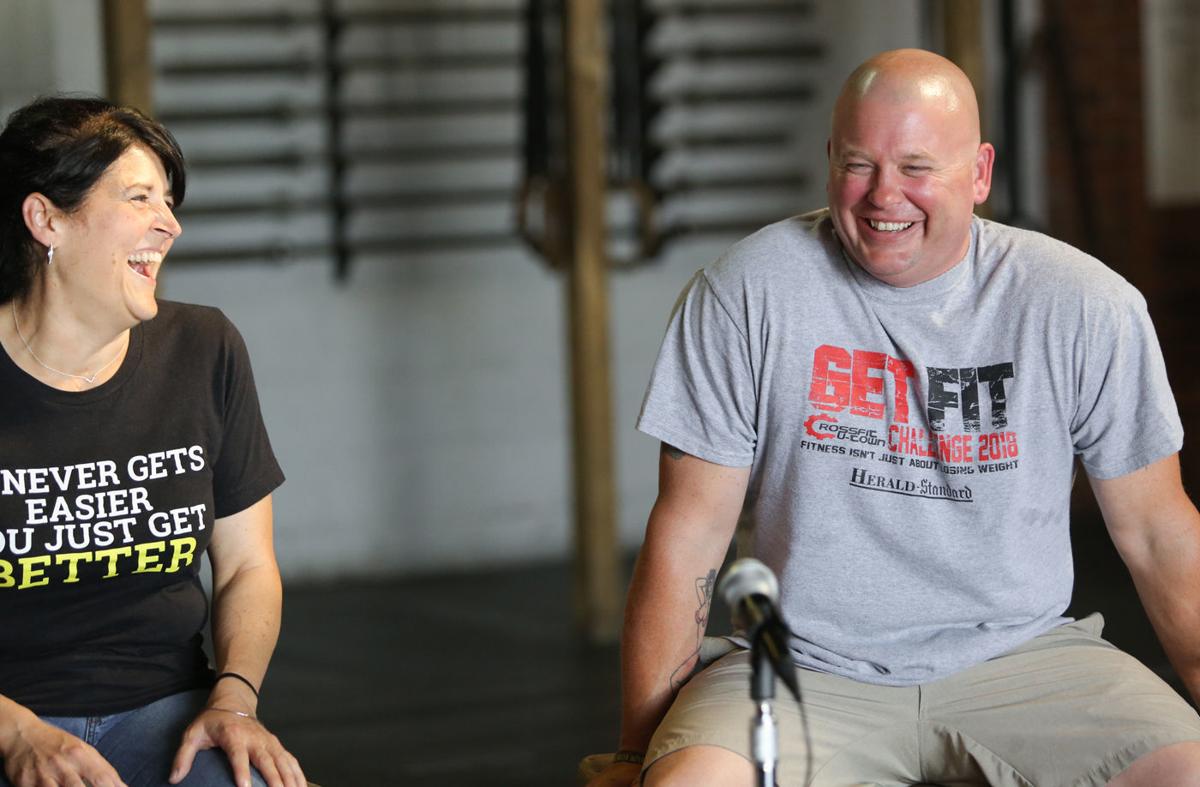 Winners Kathy Reed and Ray Newhouse Jr. share a laugh as they discuss their Get Fit journey. 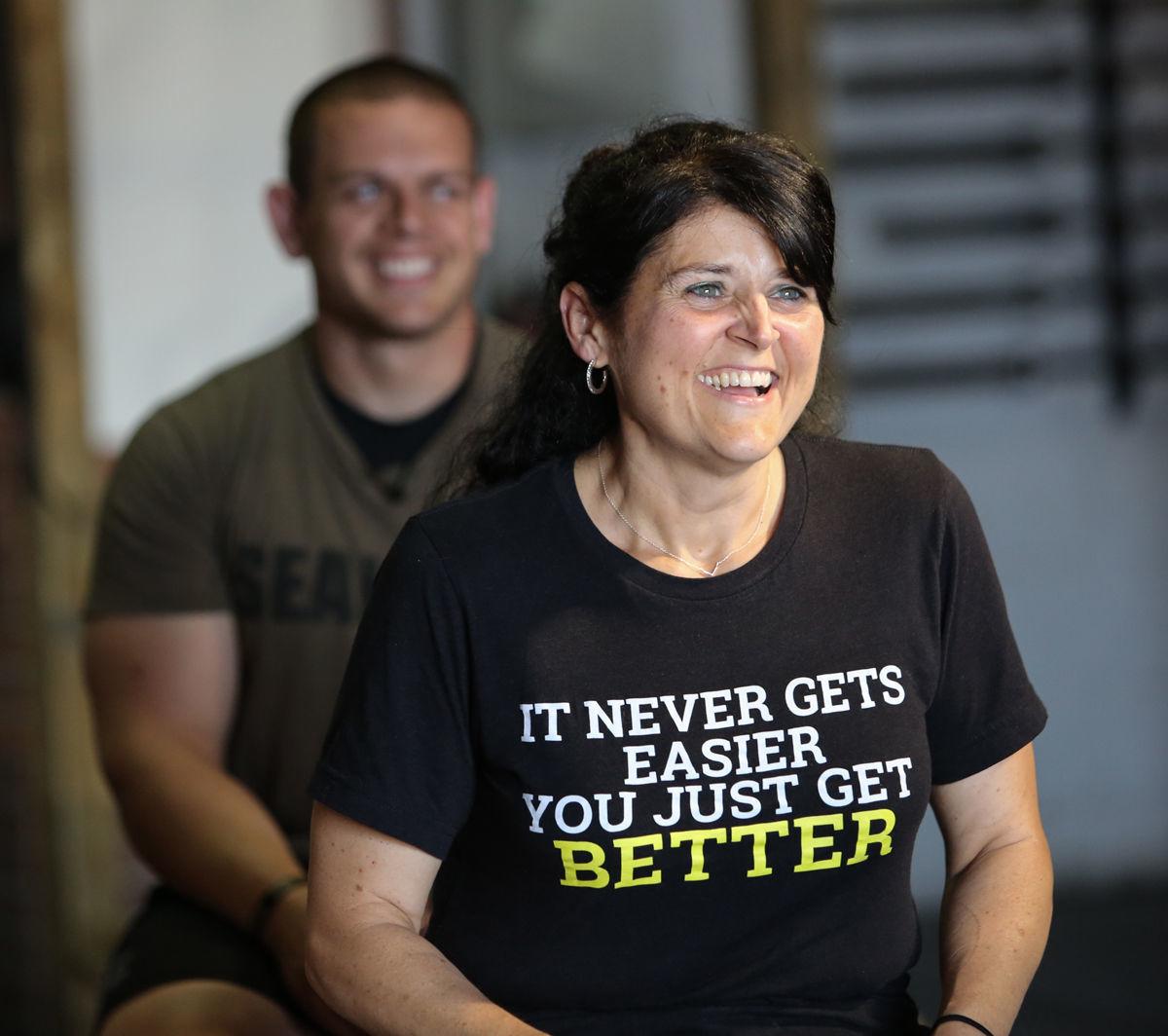 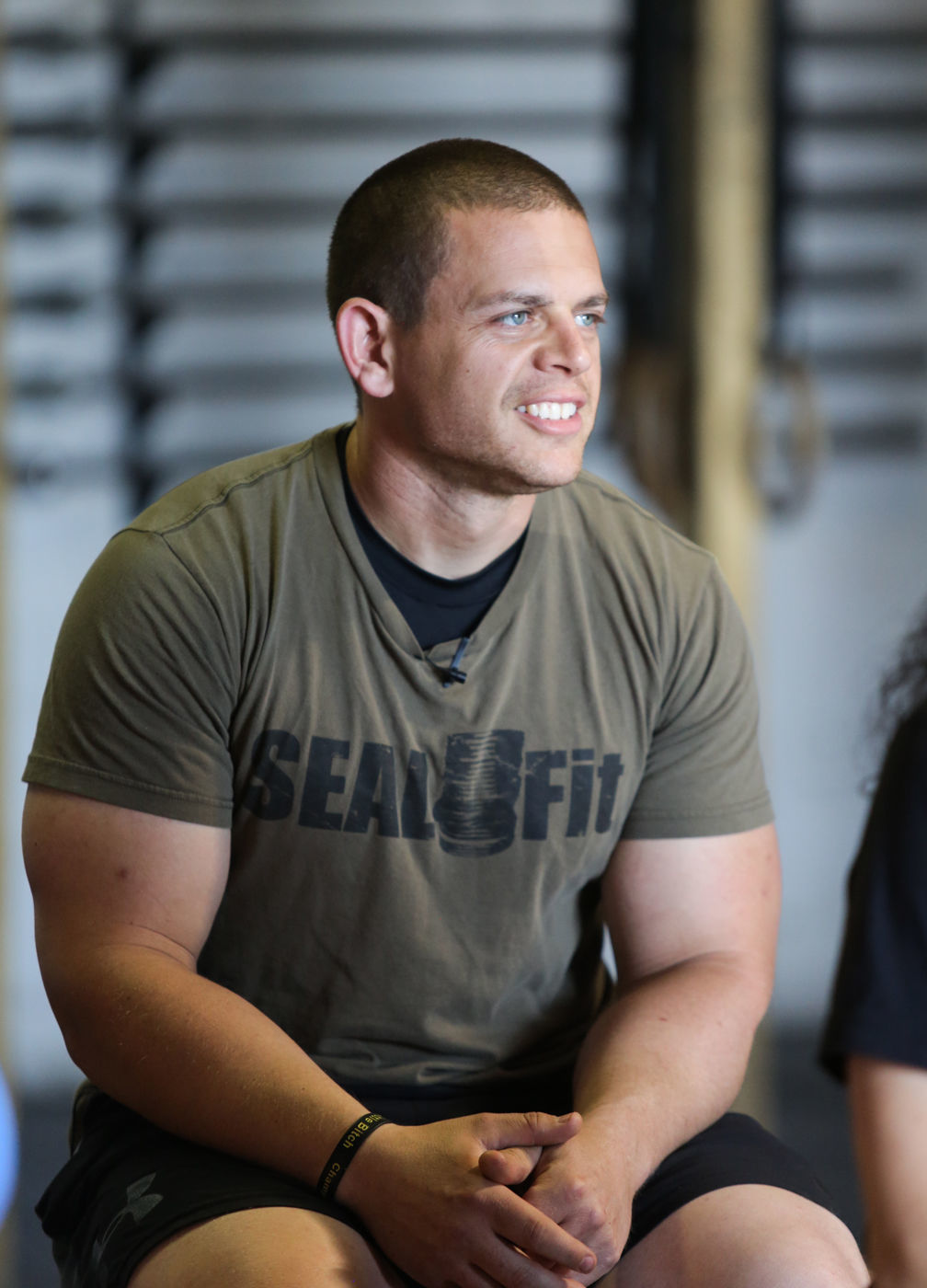 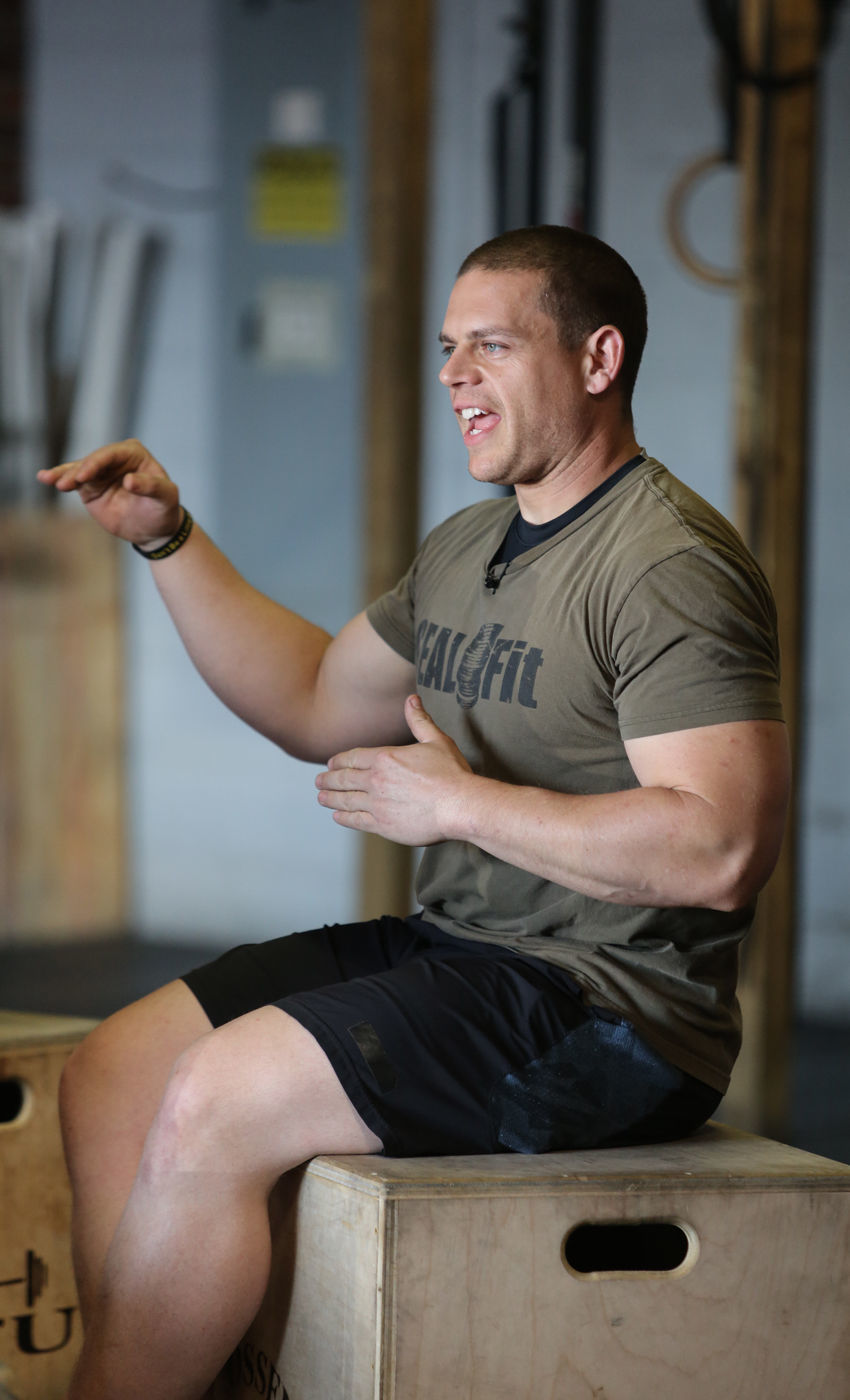 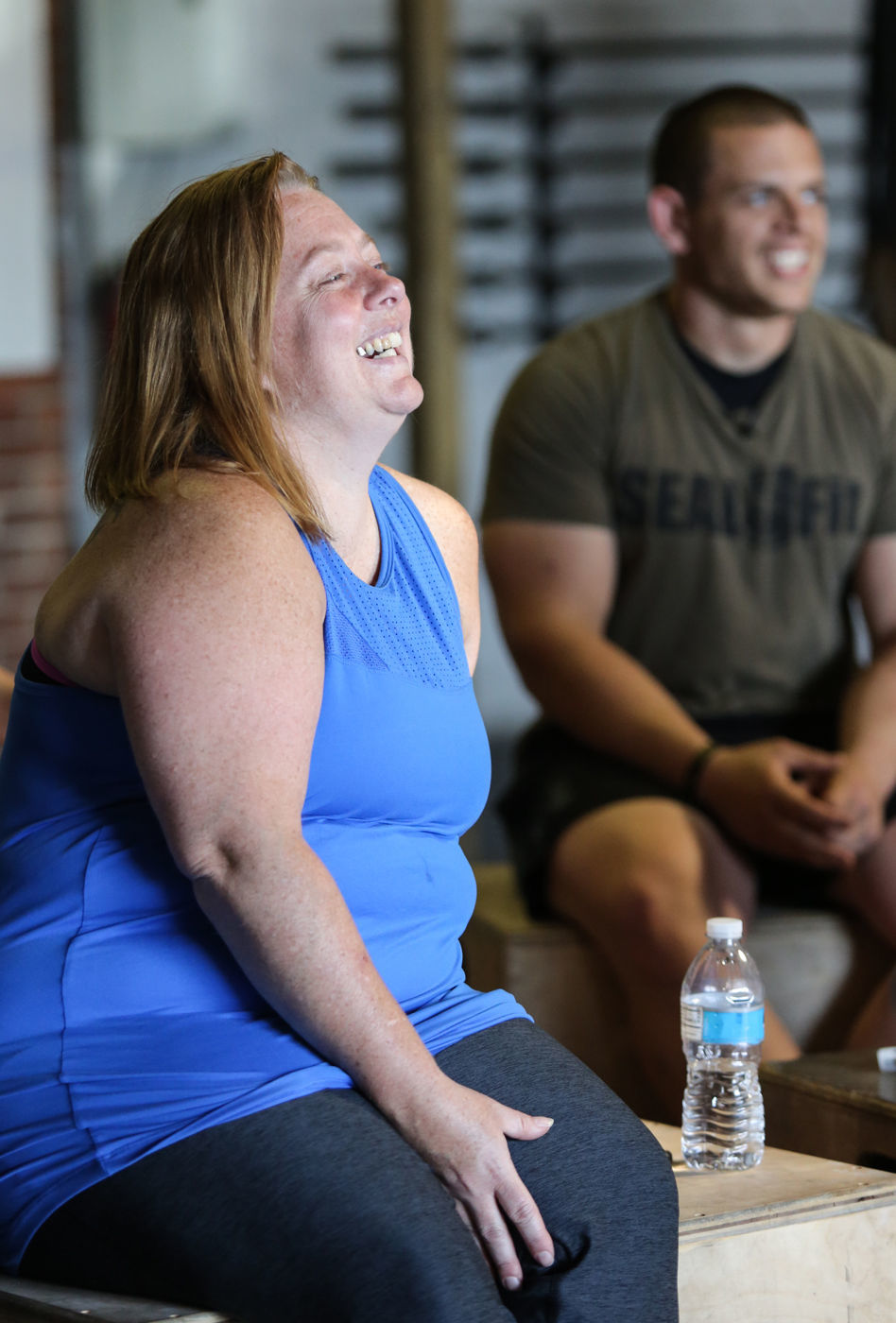 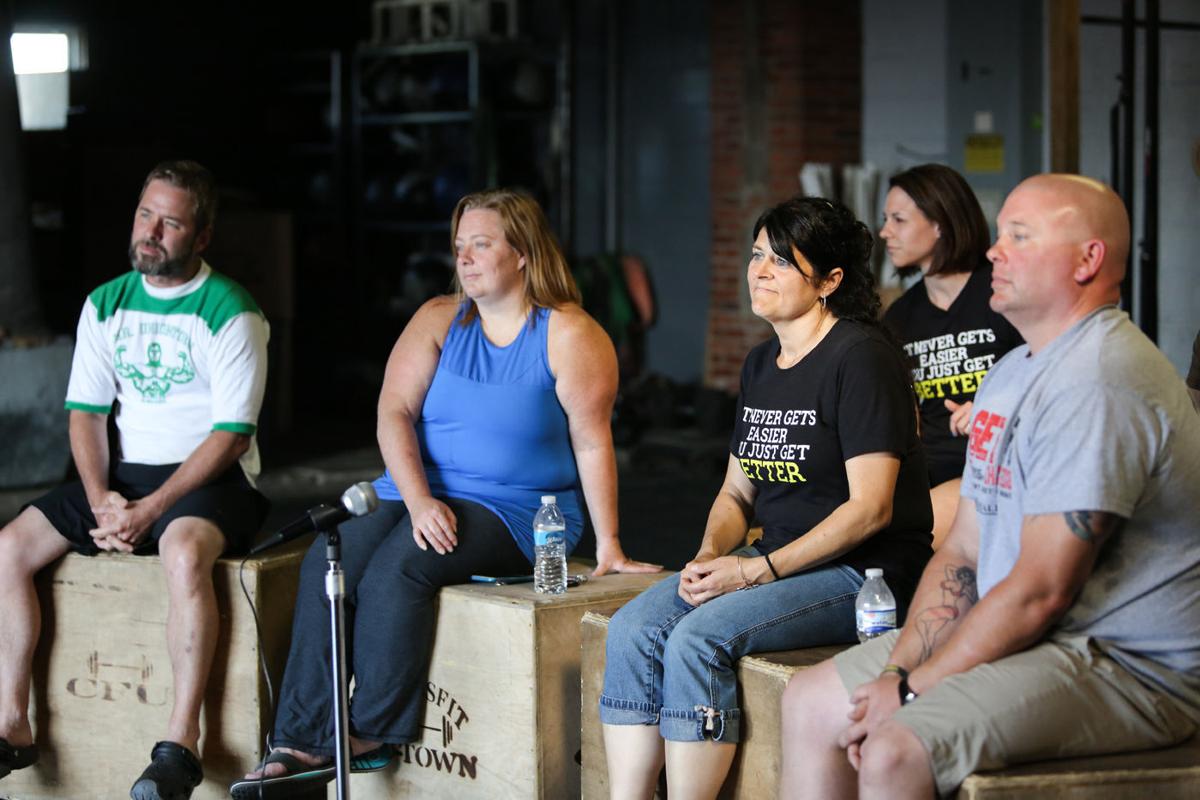 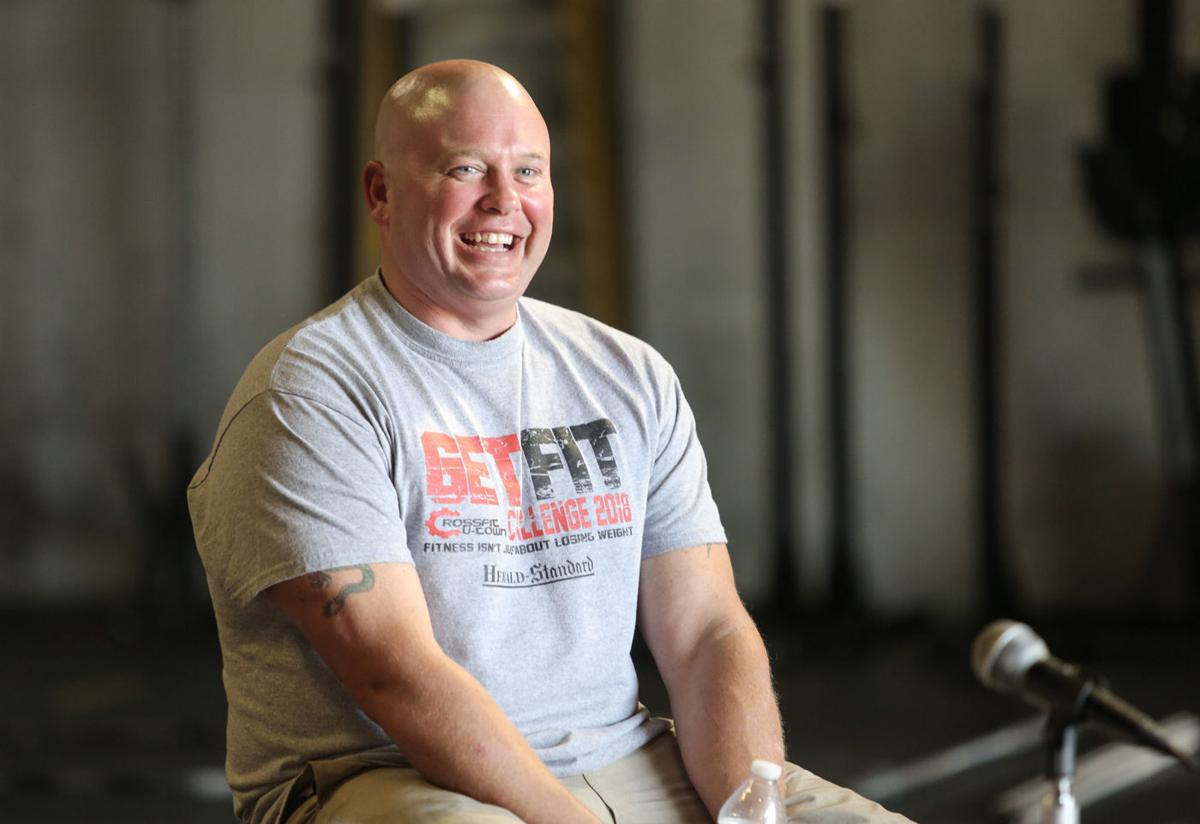 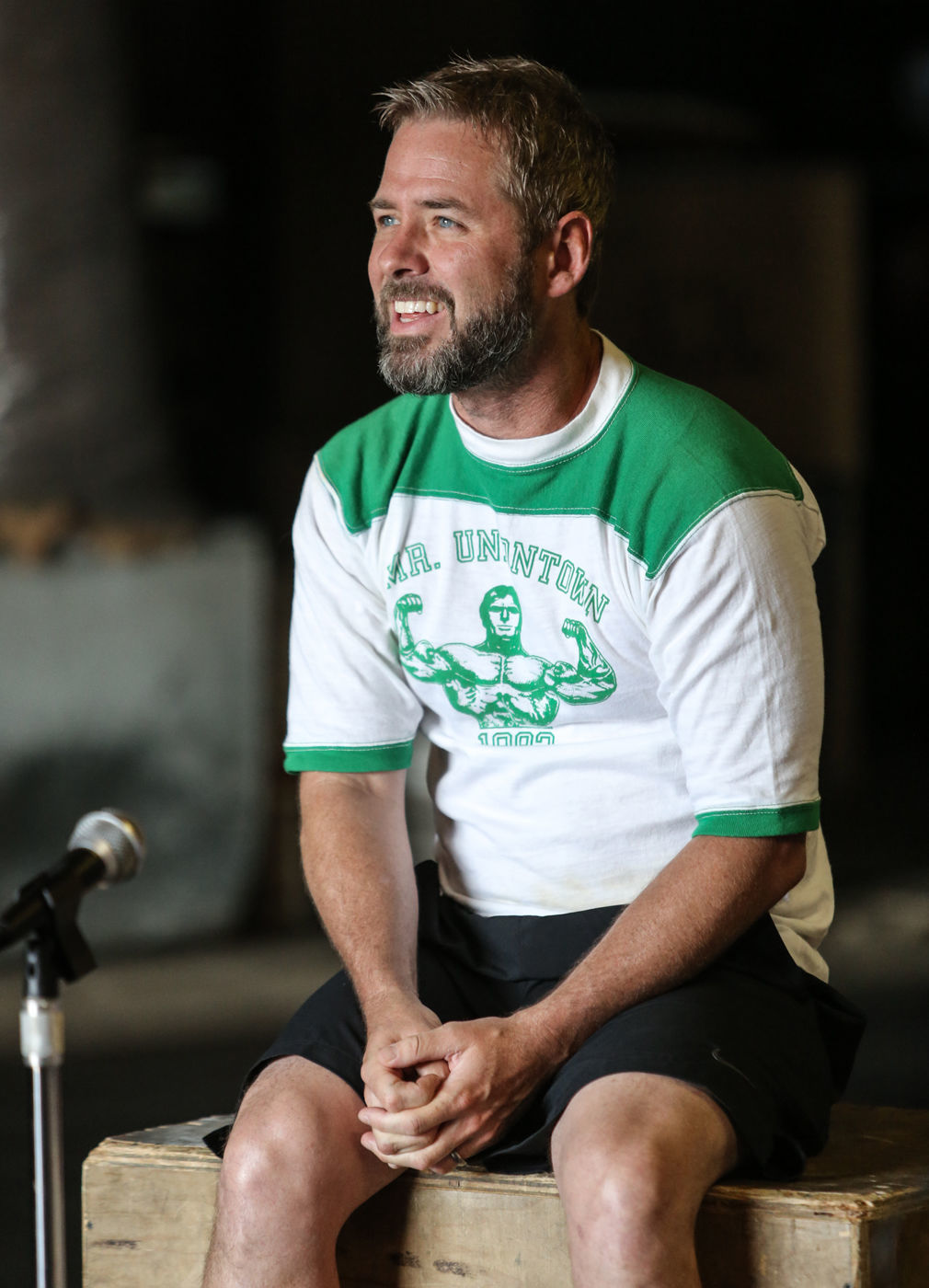 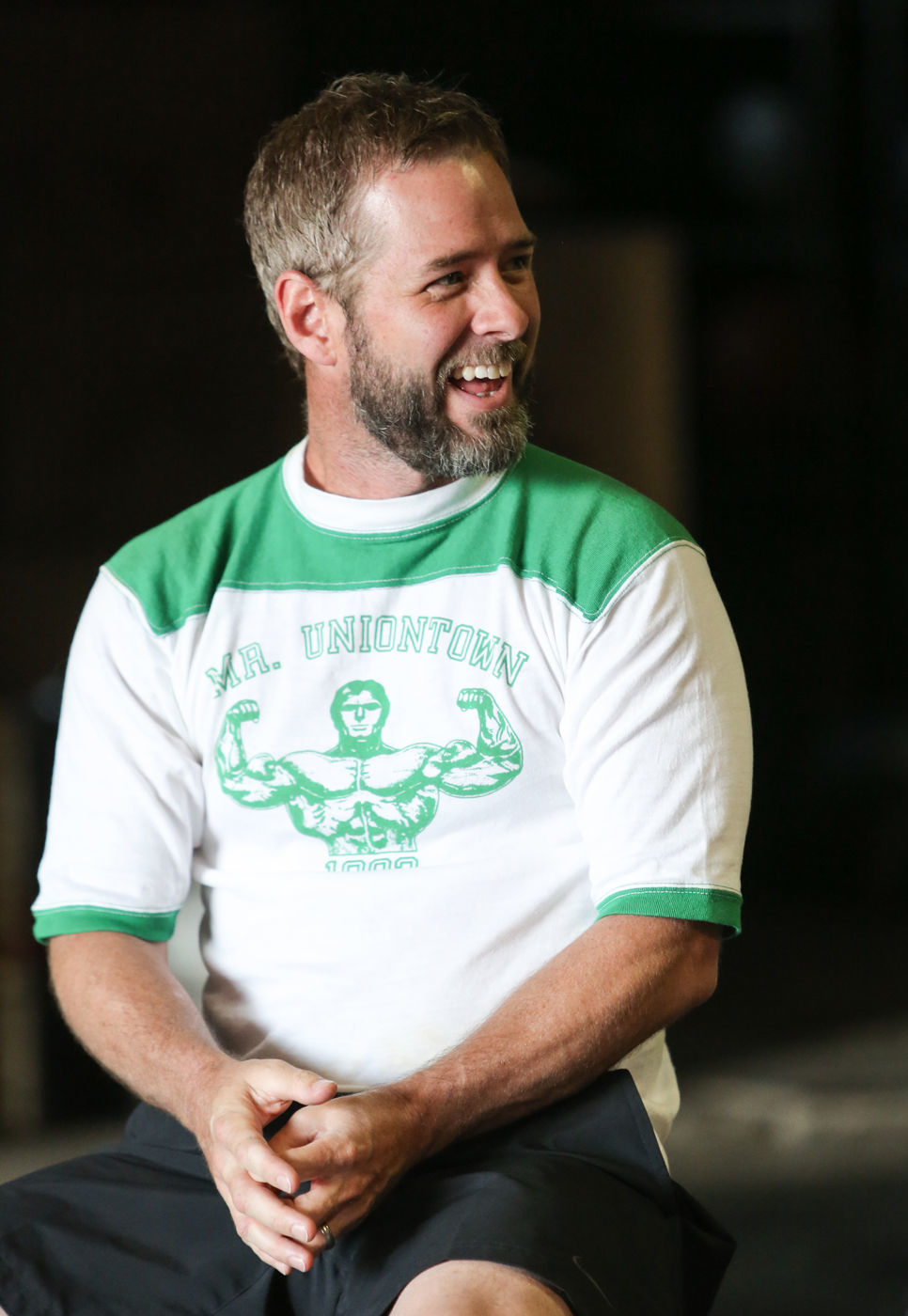 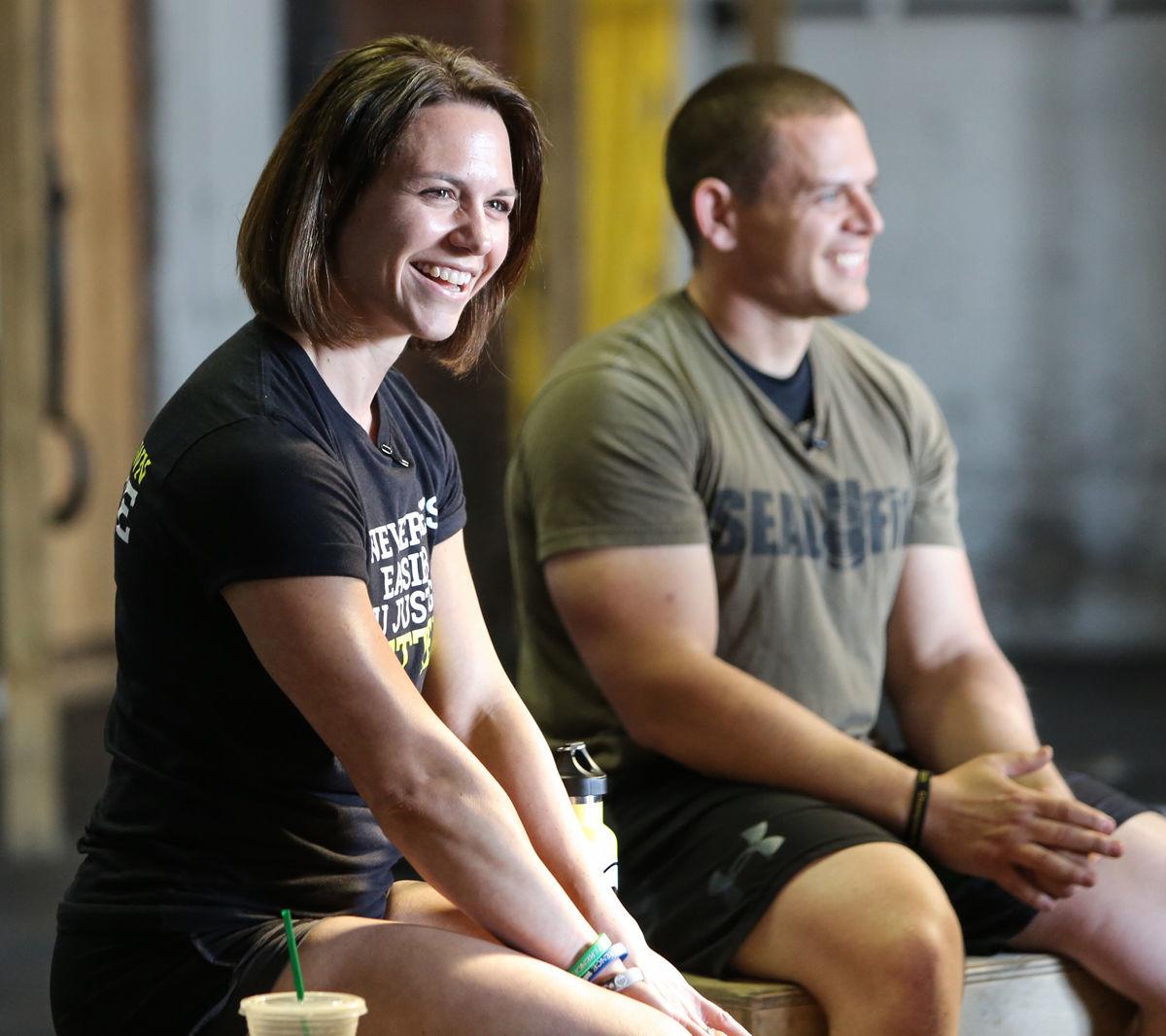 Amy Tungate shares how they picked the contestants for the Get Fit Challenge. 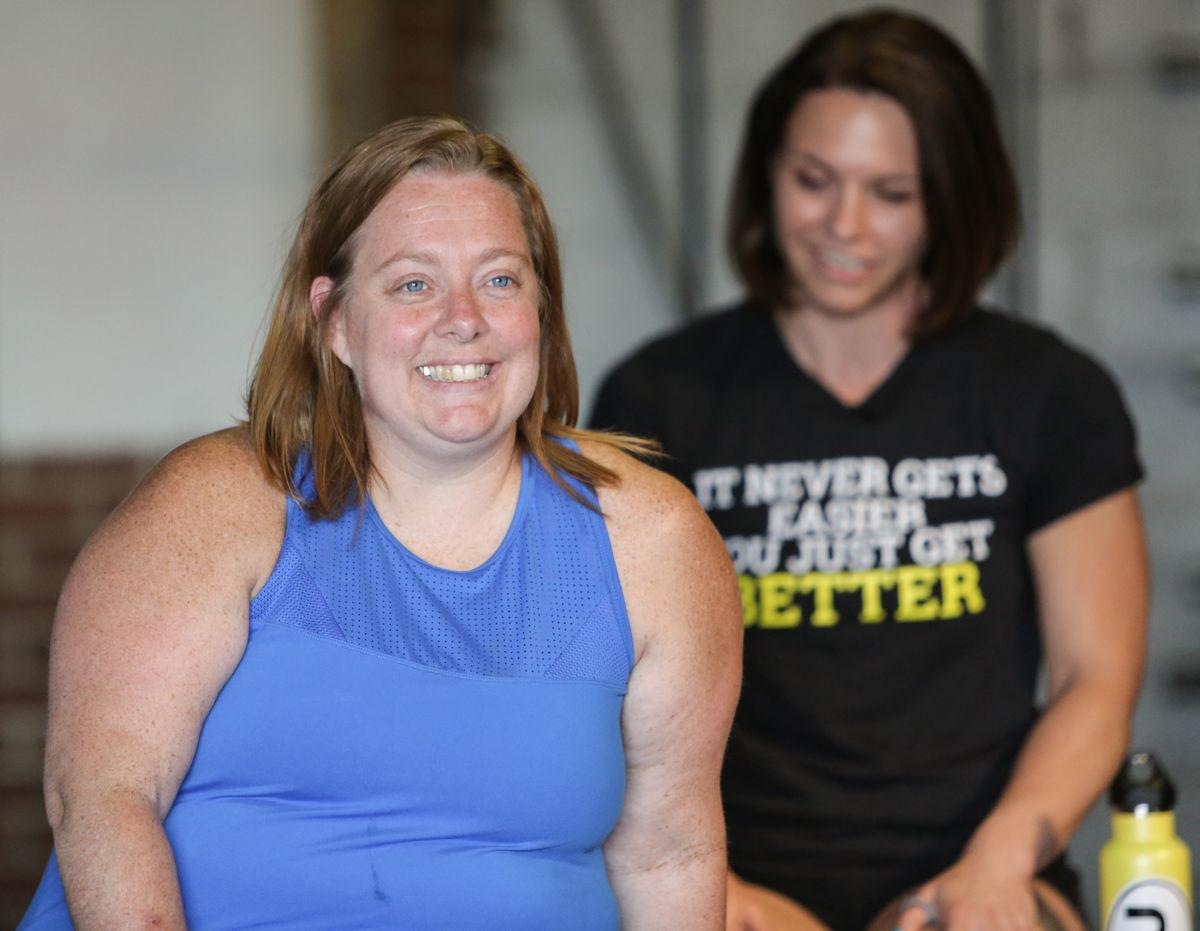 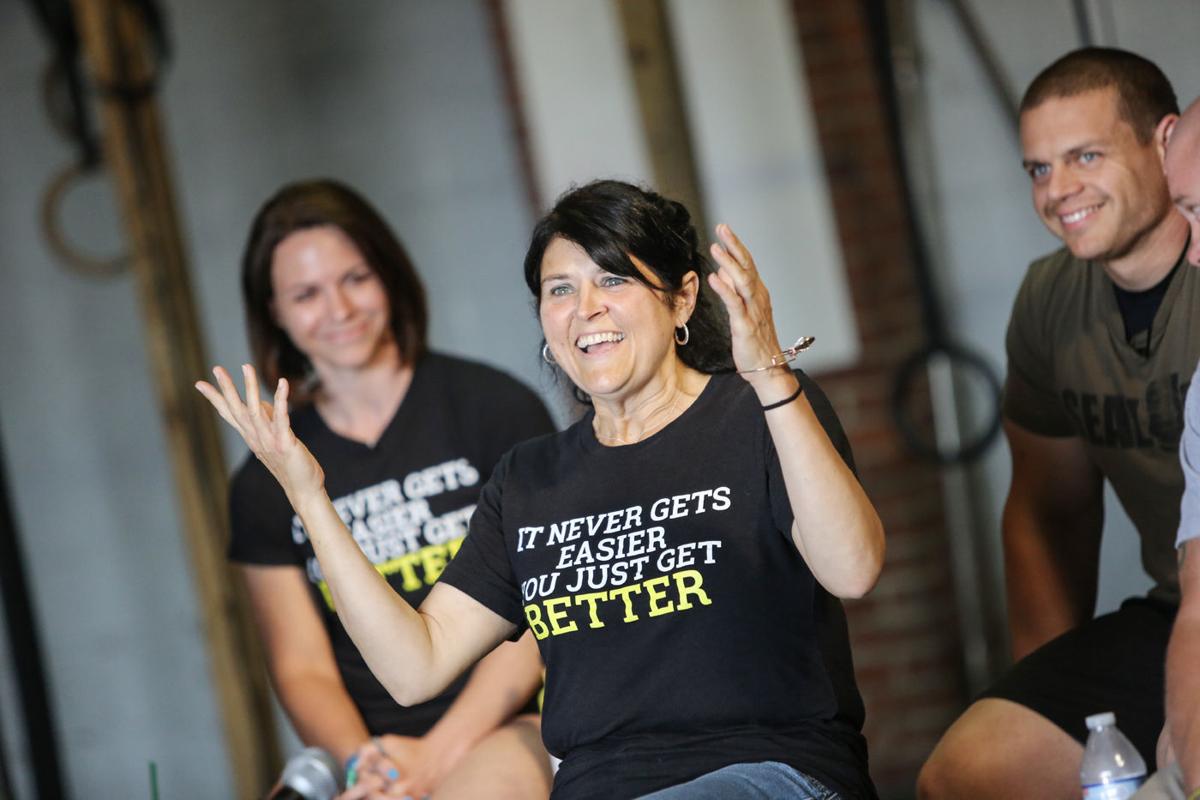 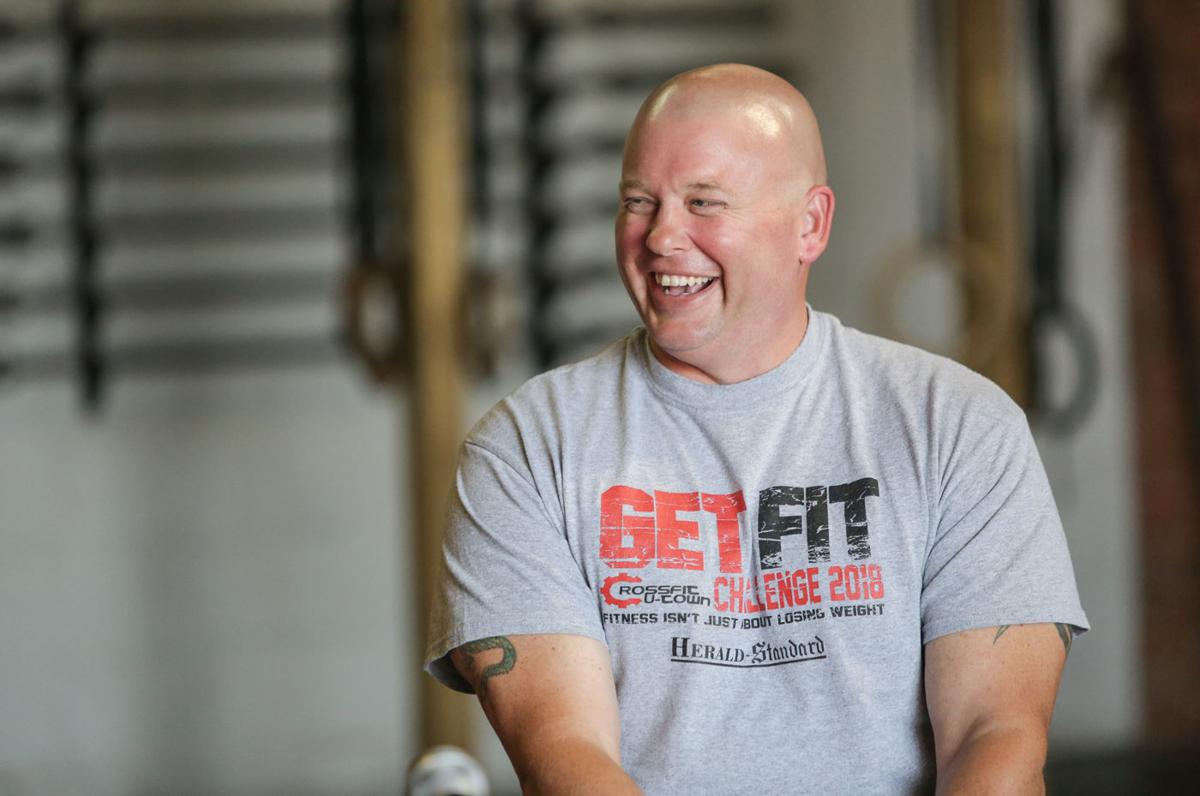 Winners Kathy Reed and Ray Newhouse Jr. share a laugh as they discuss their Get Fit journey.

Amy Tungate shares how they picked the contestants for the Get Fit Challenge.

With the reveal complete, and the winners chosen, competitors in the first-ever Get Fit challenge came together with CrossFit U-Town gym owners Jason and Amy Tungate to reflect on the experience.

Amy Tungate said their criteria for choosing the individuals wasn’t anything more than goals and personality.

“We wanted to see who we thought would be a good fit for our CrossFit family,” she said.

Jason Tungate said those individuals who filled out the questionnaire with one word answers were not considered.

“This takes effort, and if they couldn’t put in the effort to answer a few questions, they probably wouldn’t have been a good fit,” he said.

The list of applicants were then narrowed down to individuals who would be interviewed.

“I really was looking for personalities at that point,” said Amy Tungate. “Everyone had goals and ambitions.”

Hixson said once he was chosen, he really was excited to get started.

“It really was pretty much what I expected - it was hard and challenging, but it was a good time,” he said.

One thing he liked about the competition was that it didn’t focus on a diet, but more on an overall lifestyle change of making better choices.

“I think a lot has to do with the people who are here,” he said of his successes within the challenge. “Everyone is encouraging, and it’s easier to come and work out with a group of people who are supportive.”

Amy Tungate said the first thing that struck her about Donna Galderisi was her bubbly personality.

“It was just very attractive and, I thought, a good fit for our group and family goals,” she said. “Just with the answers on her questionnaire, I could tell she needed this and wanted this and was going to be dedicated.”

Galderisi admitted that she had no idea what she was getting into and just went into the whole thing ‘blind.’

“I learned so much about myself, and it has definitely made an impact on where I want to be in the future,” she said.

When Kathy Reed, the female winner of the contest, came in for her interview, Amy Tungate said she brought in before and after pictures of her weight-loss journey.

“She had hit a plateau, and she was looking for something to get her over the hump, and she just really caught our eye because she had already done so much work on her own,” Amy Tungate said.

Reed said she did get over the hump as a participant in the Get Fit challenge.

“With the macro program here and the workouts, I’ve lost almost 15 pounds, and I’ve also lost a lot of inches - almost six inches from my waist,” she said. “This is no ordinary gym. The more you put into it, the more you’re going to get out of it.”

She added that even though the work is challenging, she has had fun.

“The people here are like family,” Reed said. “They’re not snobbish. They sort of adopted me.”

Her favorite exercise throughout the challenge was lifting the strongman stone.

“You look at them, and they are so intimidating, but I was faced with a lot of challenges in the last five years, and I did it - it was amazing,” she said.

Jason Tungate said he knew Ray Newhouse Jr. years ago when they used to work out at the same place before Tungate started CrossFit U-Town.

“I knew he would be committed to it just from knowing his workout ethic from before.”

Newhouse said he tried different training methods over the past few years to try and duplicate CrossFit or get his “feet wet” in some way.

“The intensity of the training that’s here - you’re just not going to get it anywhere else,” Newhouse added.

“I was scared I was going to get hurt again through this training, but they show you how to do the lifts right - they make sure you’re doing everything the correct way,” he said. “I never got an injury because I had the proper guidance.”

Changing his eating habits came along with the workouts as part of CrossFit.

“Tracking my macros (carbohydrates, fats and proteins) is something I can sustain,” Newhouse said. “It’s not a diet - it’s just not eating like a glutton. I can’t eat half a pizza anymore, but I can have two slices occasionally.”

One of the highlights for Newhouse was participating in the Murph Challenge on Memorial Day.

“Being a veteran, the Murph Challenge really had an impact on me,” he said. “I had hoped to do it in an hour and a half, but when I finished it took me just 59 minutes with modifications. Next year, hopefully I’ll be able to do it with no modifications.”

Reed said she had some concerns before beginning the program, but was able to work through them to complete the competition.

“I was born with Spina Bifida and was told that I wouldn’t be able to walk at one point,” she said. “I had lower back issues and my sciatic was always acting up.

“But since I have been part of this, I have not had any episodes,” Reed added. “I believe it’s because of the techniques they use and the concern and care that we do the moves the right way.”

Jason Tungate verified that if a person can get in the door, they can work with them.

“We’ve worked with people in wheelchairs and bad shoulders and casts on their leg,” he said. “The problem is, you still have to live your life, so you might as well strengthen everything you can to make you better at life. Staying away from exercise is probably the worst thing you can do.”

“You can make any excuse work to not come in, but believe in yourself - do the workout.,” Newhouse said. “Whether you finish it using modification A, B or C, you’re still finishing it and achieving something.

“Don’t be afraid and don’t hold back,” he added. “Give this a chance, and it will change your life.”