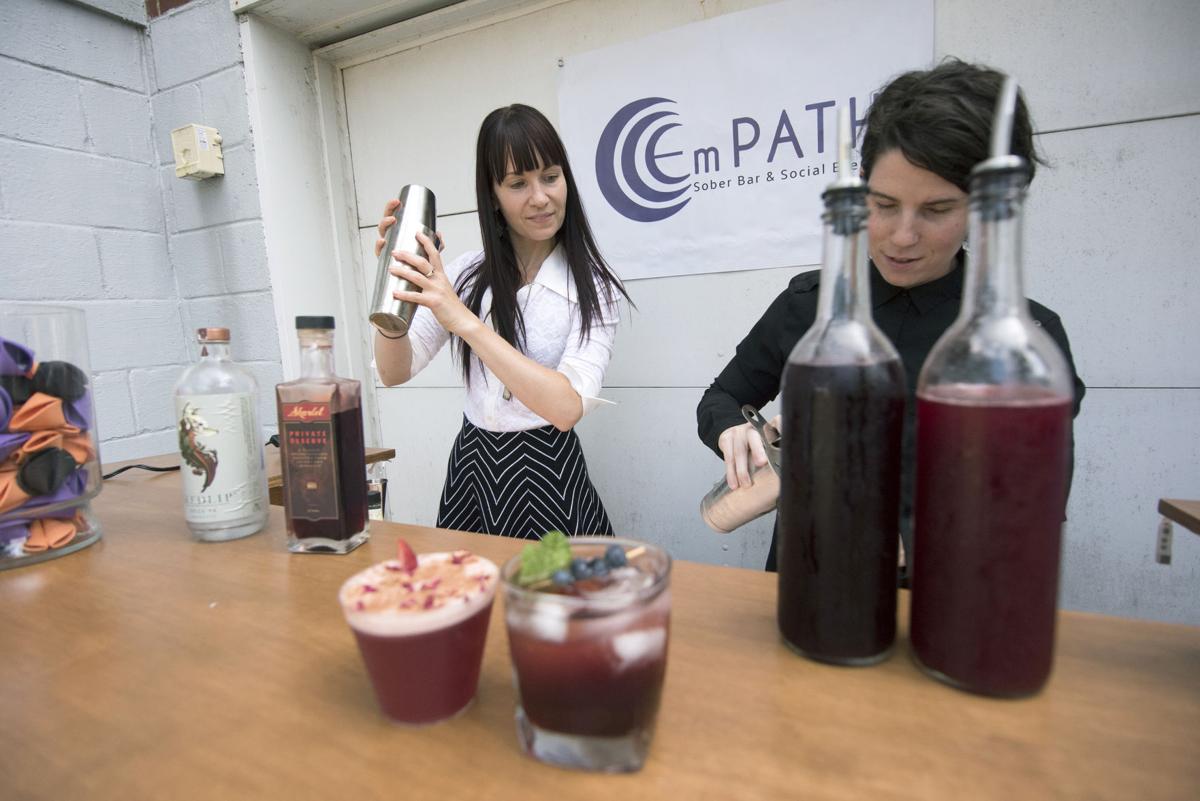 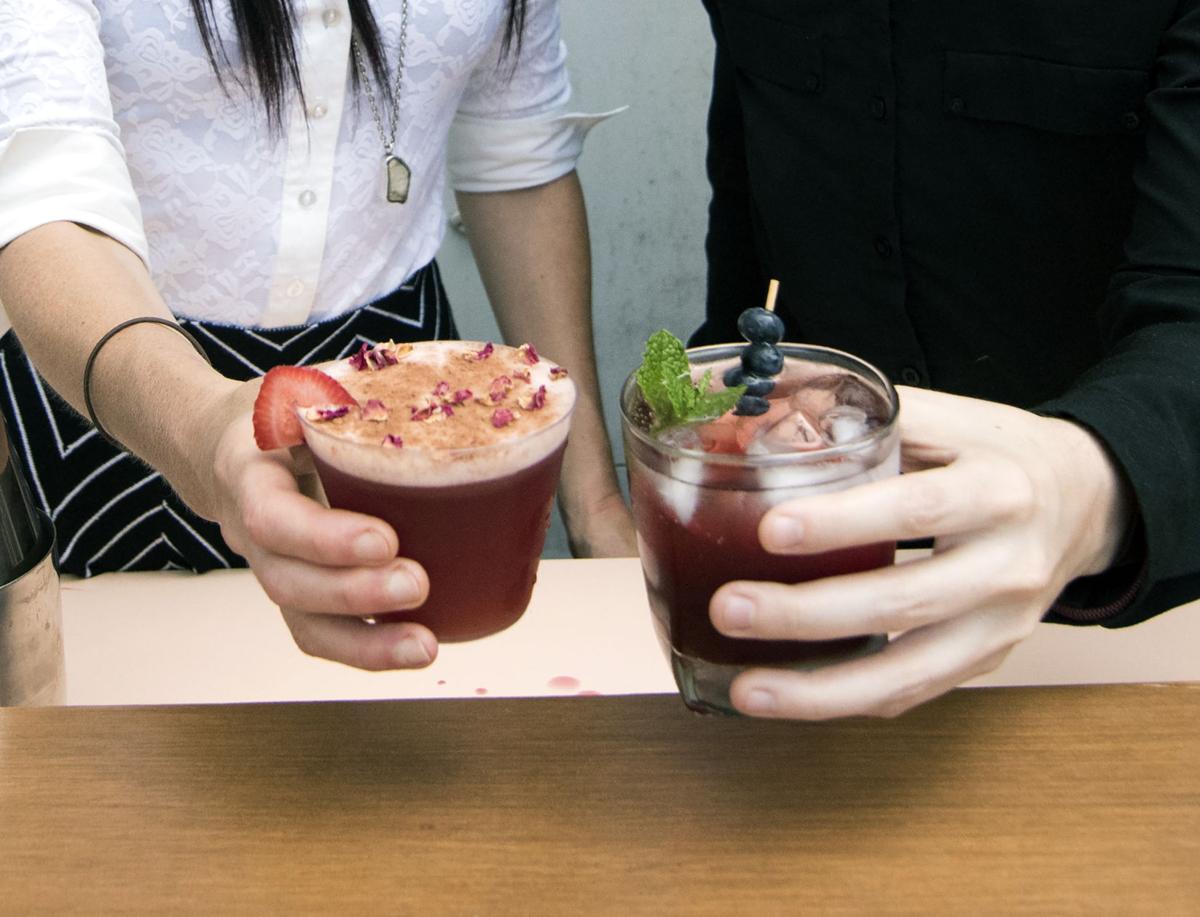 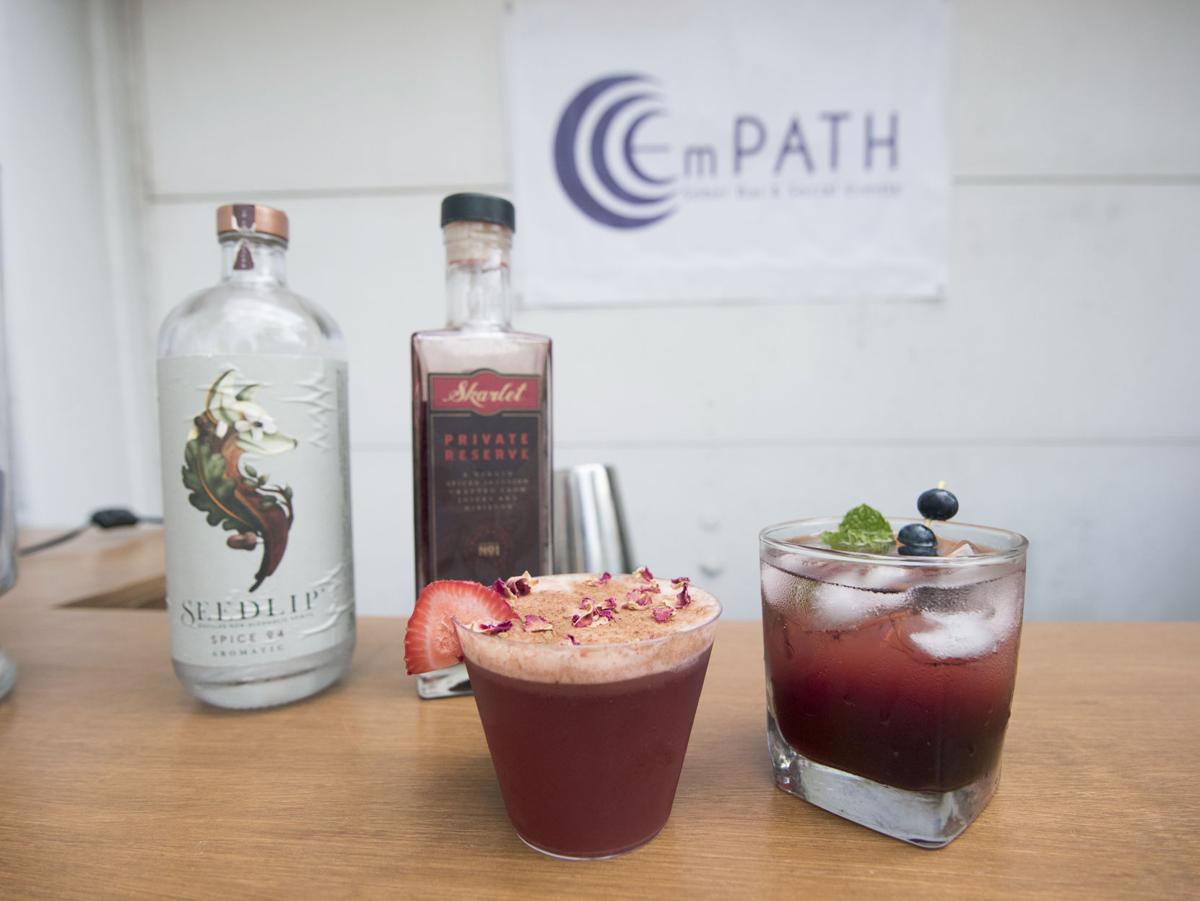 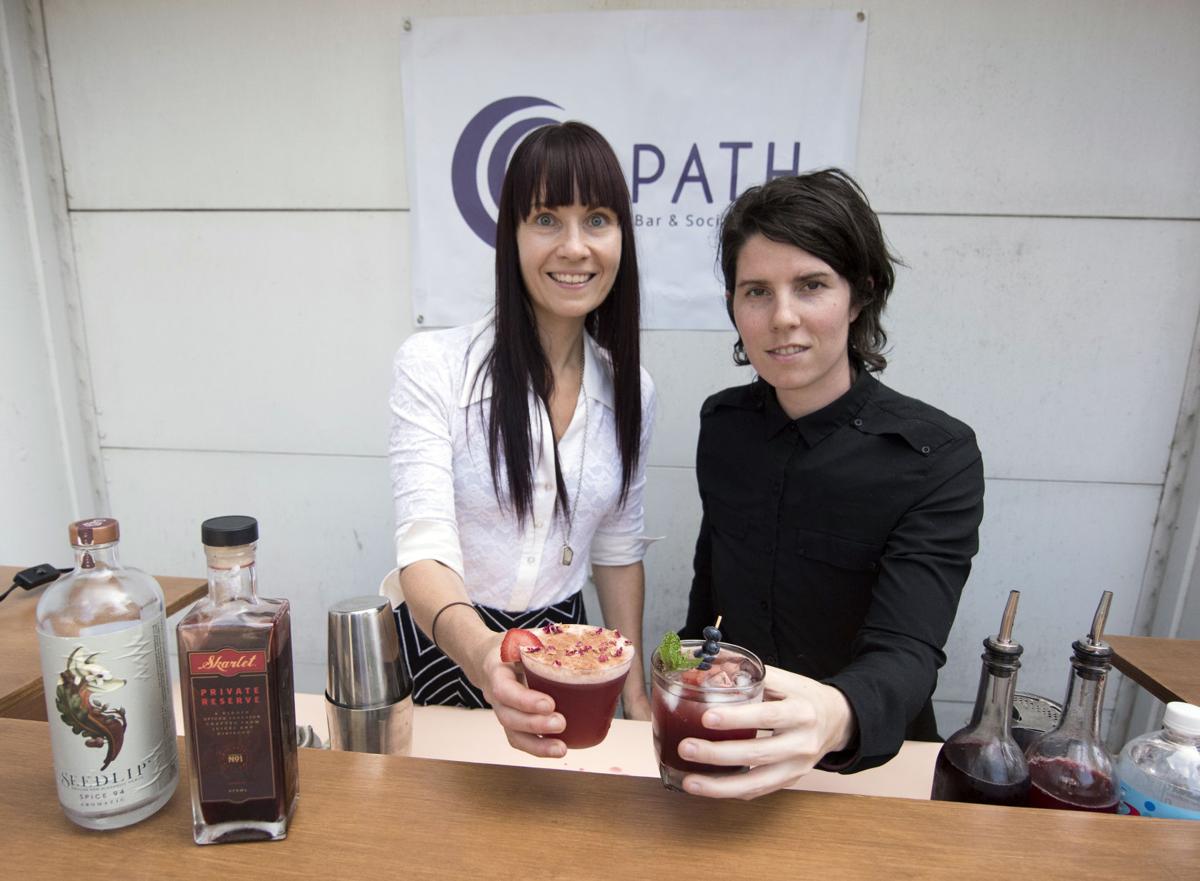 Carolyn Hilliard had long yearned for a space where nondrinkers could have a “social, night-life feel without alcohol.”

So Hilliard, who stopped drinking three years ago, decided to create one herself. She and co-founder Heather “Donny” Donovan launched Empath Sober Bar, a pop-up dry bar.

“So many events revolve around alcohol and people feel obligated to drink. It’s such a social activity, and our society is so alcohol-centric that people can feel left out when they’re not drinking,” said Hilliard, 36, of Pittsburgh. “My vision was to create a safe, fun and comfortable environment with a sober bar that serves delicious, creative drinks.”

She and Donovan held their first pop-up event in April 2018 at a Pittsburgh venue, and they’ve held them almost monthly ever since. The pop-ups have offered live music, health-conscious foods and wellness events – and handmade spiritless cocktails.

“I’ve had so many people thank me and told me there’s been nowhere for them to go,” said Hilliard, who works in IT.

Hilliard has tapped into the growing number of people who are eschewing alcohol and experimenting with a lifestyle dubbed “sober curious” by author Ruby Warrington, who in 1998 wrote a book called “Sober Curious: The Blissful Sleep, Greater Focus, Limitless Presence and Deep Connection Awaiting Us All on the Other Side of Alcohol.”

Among them is Brian Howe, 33, a musician who has cut way back on booze after he said he was “partying my share of parties.”

He doesn’t feel the need to drink all the time, and Howe is more likely to drink a hot tea and sparkling water than a beer.

Howe first became aware of the sober curious movement about four years ago when he was performing with his band, Greywalker, in Ann Arbor, Mich., and stumbled across Brillig Dry Bar while reading an article about things to do in town.

“I went and I had a good time. I’d never heard of anybody doing anything like that in Pittsburgh and I thought it was a really, really great idea,” said Howe. “I know people who avoid going out because they want to avoid bar scenes. At a sober bar event, you can have the same social interaction without the negativity associated with drinking.”

Hannah Donovan, 27, of Pittsburgh, who stopped drinking alcohol about two years ago, said she was disappointed by the lack of beverage options for the sober crowd until she attended an Empath event.

The drink menu at Empath includes nonalcoholic plays on drinks like the White Russian – called a Dandy Russian, Empath’s version is made with, among other ingredients, dandelion root, chicory root, beet root, coconut milk and house-made crystal essence.

Also on the menu are “blueberry divine elixir” and “heart opening ambrosial nectar,” with ingredients including grapefruit, orange, rosemary, juniper and cardamom.

“It’s nice to see people who are passionate about creating complex, delicious drinks with great ingredients. These aren’t the sugary drinks in water glasses that you’re stuck with typically. You can see how much love they put into their drinks,” said Hannah, who is not related to Heather Donovan.

“You can have fun without alcohol,” said Hilliard.

Empath patrons have told Hilliard they’ve become more mindful about consuming alcohol for several reasons. Among them: better health and well-being, a desire to be a role model for their children; cutting back on spending and wanting to wake up without a hangover.

“There’s so much pressure on young people, and everyone, to drink alcohol, to accept alcohol as a part of our society. It’s almost strange in America if you don’t drink,” said Dr. Rueben Brock, a counselor and professor at California University of Pennsylvania. “It’s really powerful to have young people make a conscious decision to abstain from alcohol.”

He noted, though, abstaining from alcohol because of a substance abuse issue is very different from someone giving up booze because they’re exploring a lifestyle change, like adopting the Paleo diet.

“I was a problem drinker until two years ago. So (sober curious) is not a neat trend for me, but it works out that it’s getting trendy because it’s giving people like me more options,” she said.

The sober curious movement, and events like Dry January, where people pass on alcohol for a month, have sparked a market for low- and nonalcoholic beverage companies like Curious Elixir, whose motto is “Shaken, not slurred,” and Seedlip Ltd., which produces distilled nonalcoholic spirits and wants to “change the way the world drinks with the highest quality nonalcoholic options.”

Heineken and Guinness have released zero-alcohol beers, and craft breweries are offering their own versions of 0% ABV products.

According to a report by Bon Appétit, the market for low- to no-alcohol beverages is expected to grow by 32% between 2018 and 2022.

Ultimately, Hilliard is hoping Empath Sober Bar can open a brick and mortar sober bar, where they can host events including music, poetry, comedy, dances, yoga and workshops.

“It has gained so much momentum,” said Hilliard. “For us, it’s been quite the journey and we’re excited to share this vision with Pittsburgh. We want to make a positive impact on the social scene through connection, outreach and inspiration. We’re excited to see where this leads.”