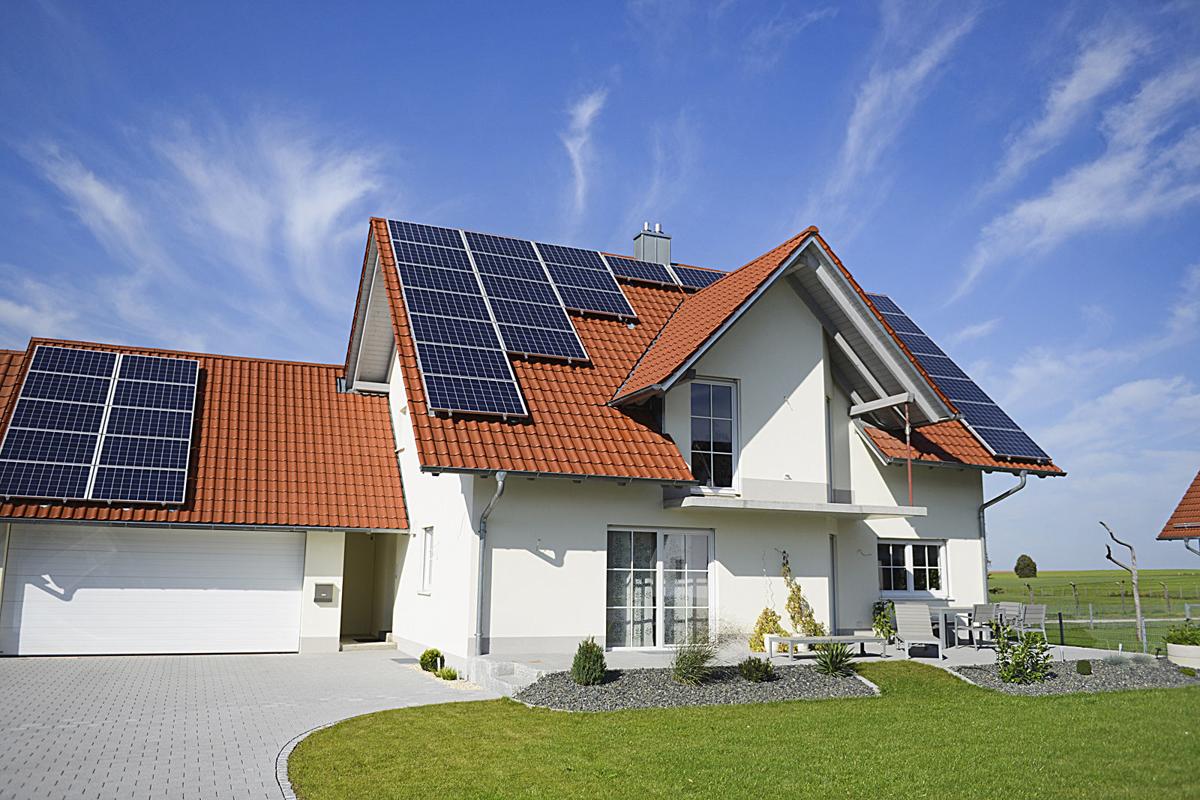 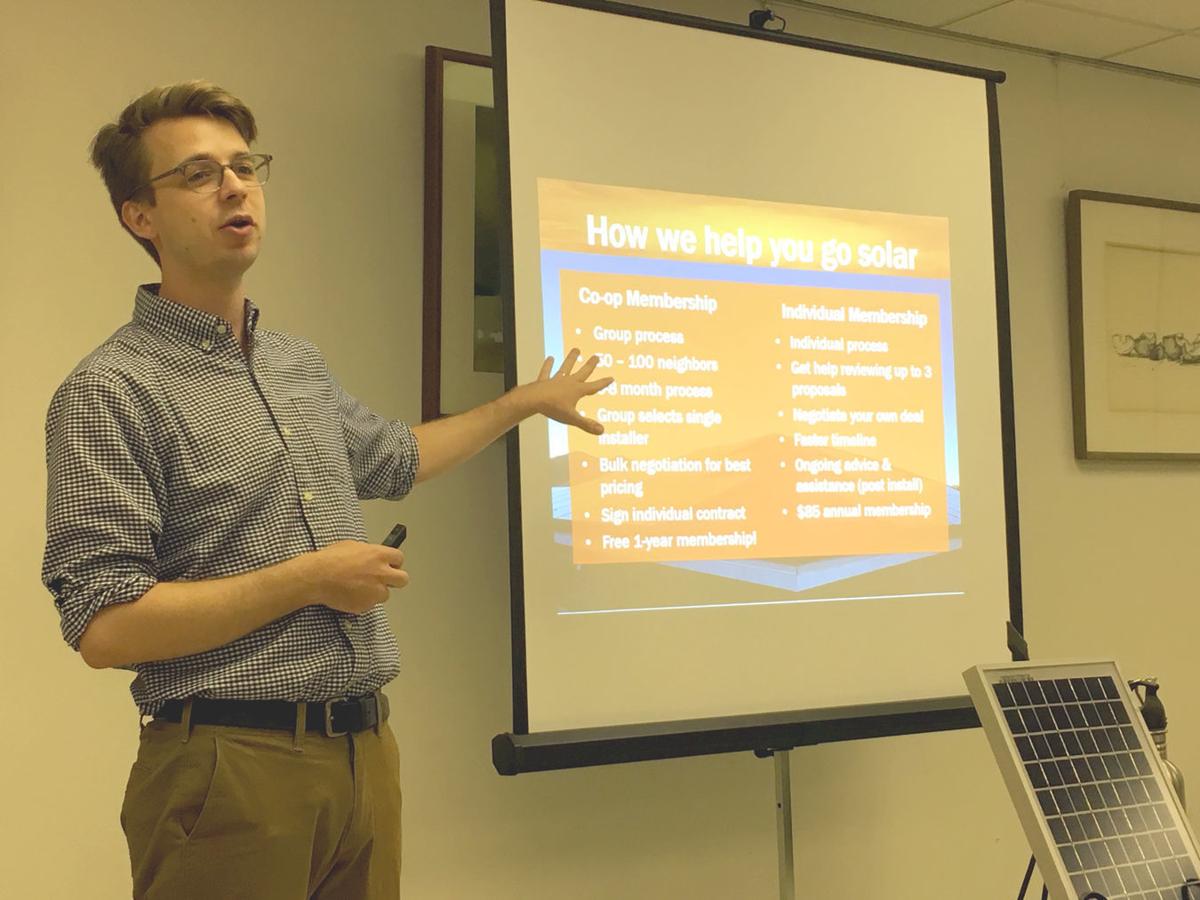 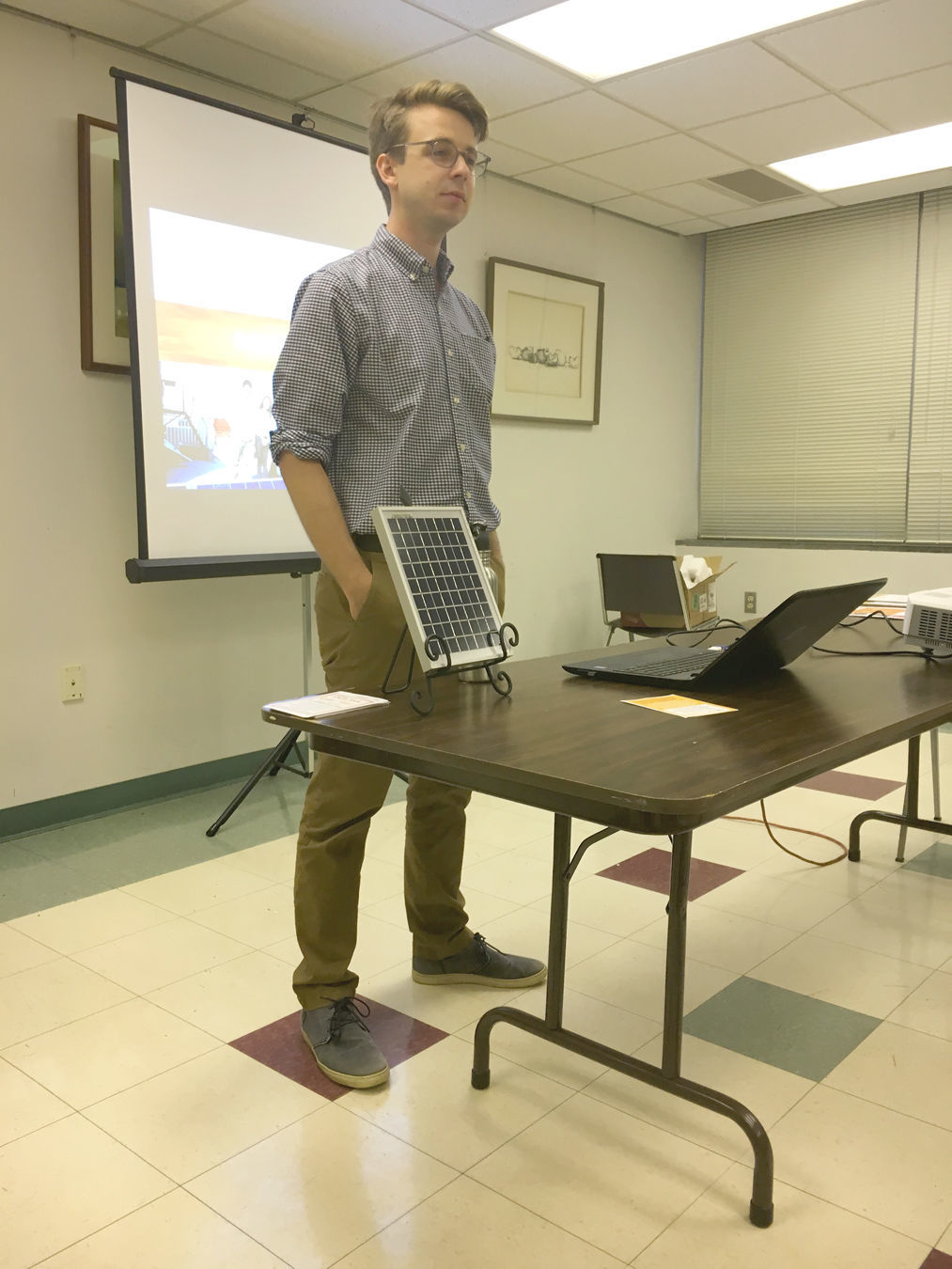 Solar United Neighbors is spreading the word about the Mon/Yough Solar Co-op, inviting property owners in Fayette, Greene and Washington Counties to join for savings and guidance on going solar.

A  national, non-profit, Solar United Neighbors started as a grassroots movement in 2007 in Washington, D.C. It has since been working in 12 other states.

“We’ve done close to 200 of these solar co-ops, - well over 3,000 people we’ve helped with this process, so at this point it’s a well-oiled machine. We consistently see good results, people have had good experiences,'' said McKay, who recently held public meetings at Uniontown Public Library and Eva K. Bowlby Public Library in Waynesburg.

“Our mission is to help people go solar, join together and fight for their energy rights,’’ explained McKay, later adding, “Our big mission is to build an engaged, informed, effective solar movement of people who understand solar technology, relevant policies and regulations around it, who are maybe solar powered themselves and have the tools and resources to help make it easier for other people to go solar and protect critical solar-related policies.’’

McKay said Solar United Neighbors is unbiased and will not pressure people into a sale.

“If this isn’t the right process for you, or, if now, you can’t go solar, or you want to do your own thing at your own speed, we do have individual memberships,’’ said McKay, noting the nonprofit can also offer guidance to individuals.

Individuals pay a membership fee but co-op members have free membership in Solar United Neighbors for a year.

Going solar takes six to eight months with the co-op saving money by working with a single installer.

“This is a group process but everyone is getting their own individual solar system on their home or business that they pay for, that they get direct benefits on,’’ McKay explained.

Mon/Yough is for local property owners who want to go solar in the next few months.

“We don’t make you commit to going solar when you join the co-op but we do ask you’re pretty sure,’’ said McKay.

The larger the group, the better it looks to potential installers. Once the co-op has about 30 members, the co-op sends out a request for proposals. Solar United Neighbors will make sure the installer is properly licensed and insured, talk to past customers and share experiences.

The non-profit remains neutral with the co-op’s selection committee choosing the installer. The committee is made of co-op volunteers who meet once to review bids and pick an installer based on member preferences.

The installer will contact members to develop individual proposals based on how much solar each wants and factors such as space and budget. They will give projections on how much it will save over time. Property owners can then decide whether to sign a contract.

Installation takes a couple days, but McKay explained the process also requires permitting from local government and interconnection by a local utility.