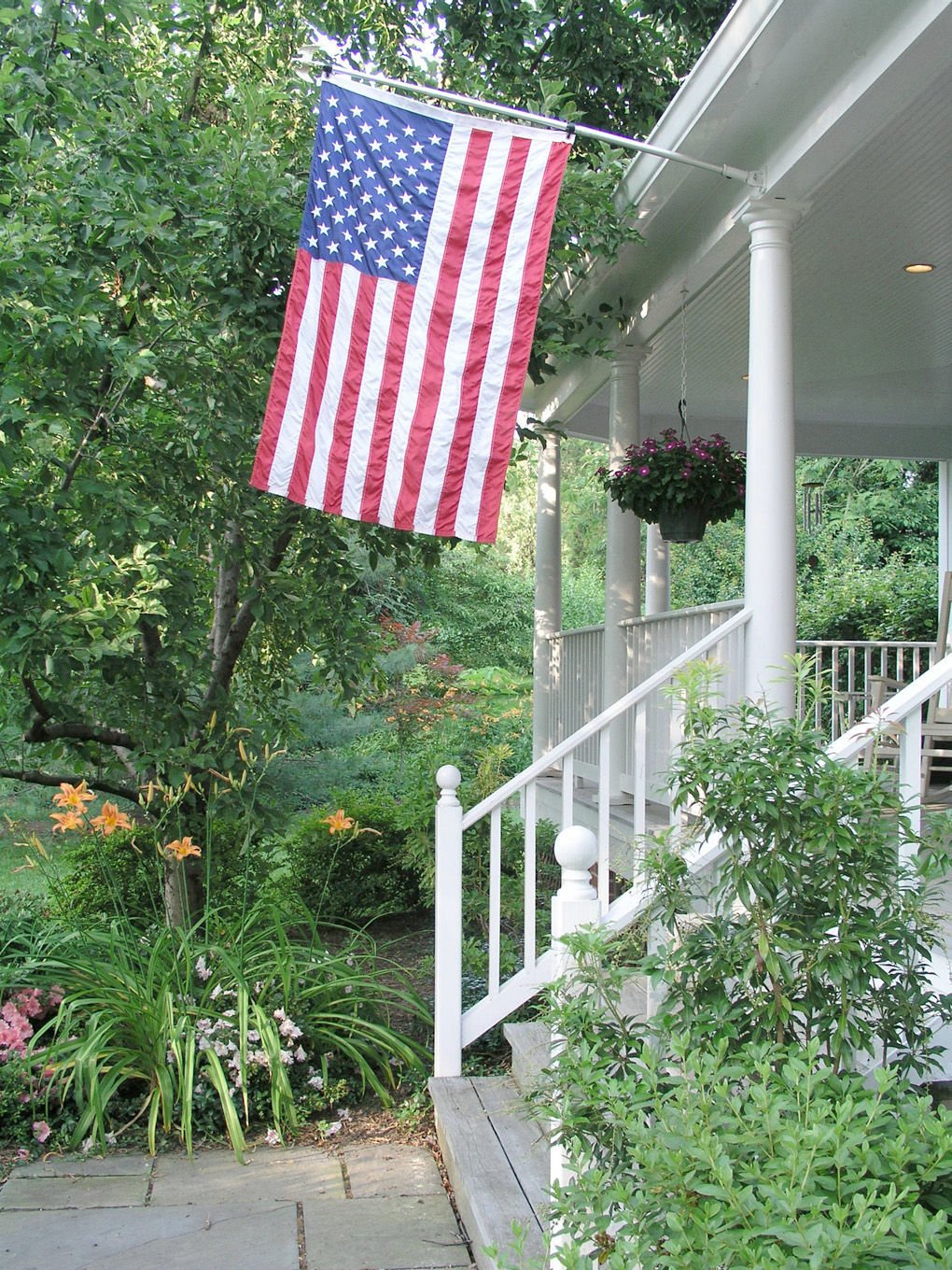 According to USA.gov, residents should display the flag outside the home from sunrise to sunset, or if a flag is flown after dark, be sure it is well lit from a nearby light. 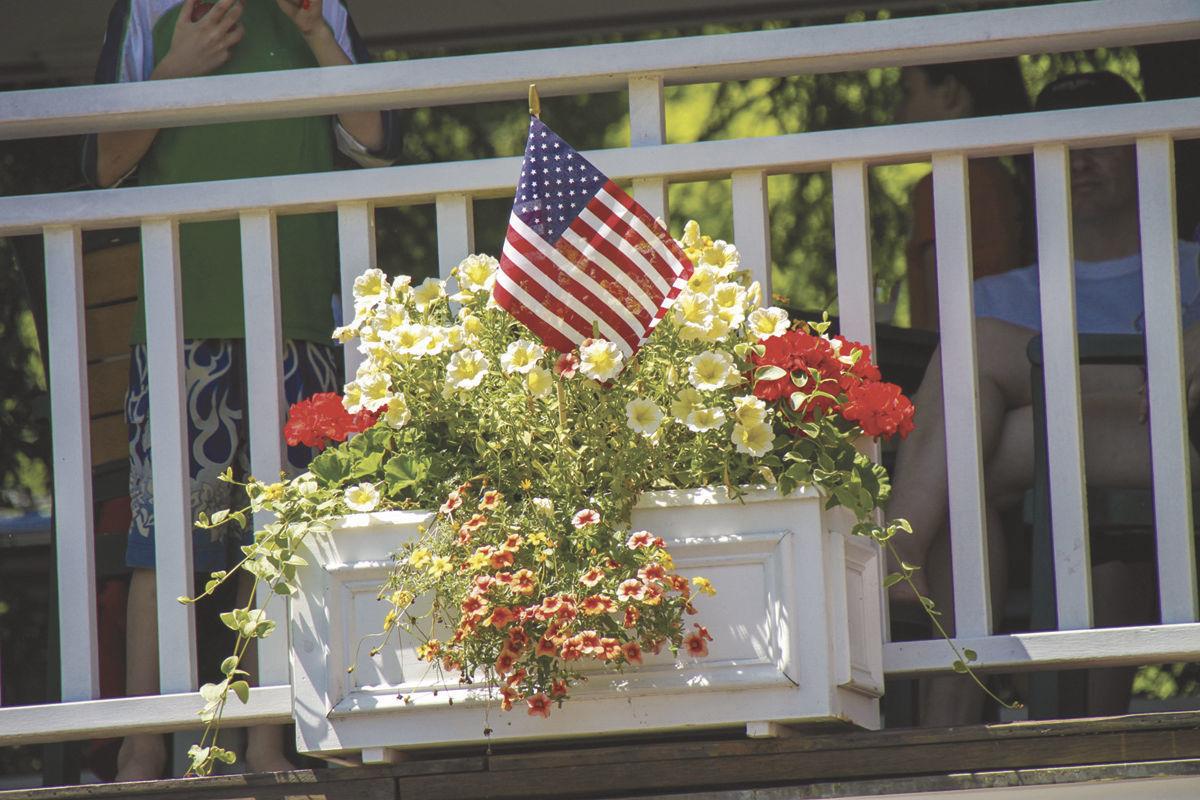 When displaying a flag, the union, or the part of the flag with stars and a blue background, should always be hoisted out first from the building.

According to USA.gov, residents should display the flag outside the home from sunrise to sunset, or if a flag is flown after dark, be sure it is well lit from a nearby light.

When displaying a flag, the union, or the part of the flag with stars and a blue background, should always be hoisted out first from the building.

If there’s a time you might want to display the American flag, it’s the upcoming Independence Day when many homes proudly fly Old Glory.

There’s nothing like the Stars and Stripes to create a patriotic feeling, but you want to treat the flag with reverence and make sure you are displaying it with respect.

“I think it’s important for citizens to ensure that they are displaying our flag correctly,’’ said Matthew Zamosky, director of Westmoreland County Veterans Affairs. “ It represents America’s values and all of those killed defending those ideals. I often receive calls from veterans about improper or unserviceable displays.’’

“It is important to display the Flag of the United States of America properly because it is a symbol of our freedom and liberty,’’ said Susan Meighen, director of Washington County Veterans Affairs. “To display the flag improperly would be considered disrespectful to our nation and to those veterans, both living and deceased, that fought so hard for this great country that we live in.”

Kathy Cipcic, acting director of Greene County Veterans Affairs, said, “To me, it’s very important. That’s what our veterans were fighting for — the American flag and for us. Treat it properly when you fly it and respect what it means to each and every one of us.’’

The federal website www.usa.gov offers information from the official Flag Code on the rules for displaying the American flag, which was adopted by the Second Continental Congress at Philadelphia on June 14, 1777. Betsy Ross of Philadelphia is the best known of those early flag makers.

While the flag has changed through the years, the flag today has 13 horizontal stripes – seven red and six white that alternate in color. There are 50 stars of five points on a blue background that extends to the lower fourth red stripe in the upper left quarter of the flag that is closest to the staff. The number of stars equals the number of states in the union.

Here are guidelines from www.usa.gov to help you show respect for the flag as you display it:

n “You can display the flag outside from sunrise to sunset. If you want to fly it after dark, it will need to be lit by a nearby light. Don’t fly the flag during inclement weather, unless it’s an all-weather flag.

n “On the porch: The union of the flag — the blue section with white stars — should be placed at the peak of the staff unless the flag is at half-staff. When the flag is suspended from a rope on a pole extending from a house, the flag should be hoisted out, union first, from the building.

n “On the wall or the window: When the flag is displayed on a flat surface like a wall, the union should be at the top left.

n “On the street: The flag should be suspended vertically with the union to the north in an east and west street or to the east in a north and south street. The flag should never touch anything beneath it, so make sure it’s hoisted at the proper height.

n “On a vehicle: The staff should be fixed firmly on the right side of the vehicle. Do not drape the flag over the hood, top, sides, or back of a vehicle or a boat.

n “Half-staff: During periods of mourning, it is common to see the flag flying at half-staff. Only presidents can proclaim such periods for a national remembrance. Governors can also declare mourning periods at a local level. In some cases, heads of federal agencies can order the flag flown at half-staff on grounds under their supervision. Traditionally, states and local governments follow the president’s proclamation during a period of national mourning.”

The website also advises people to take care of their flags. That includes taking it to a dry cleaner and storing it in a well-ventilated area. If the flag gets wet, make sure it is completely dry before storing it. If the flag is damaged or worn out, it should be burned or disposed of with dignity. And learn the proper way to fold the flag.

Displaying the flag can add a lot to your celebration of America’s patriotic holidays. So wave it proudly!

More information can be found at the United States Flag manual at http://www.montney.com/flag/flagmanual.pdf.