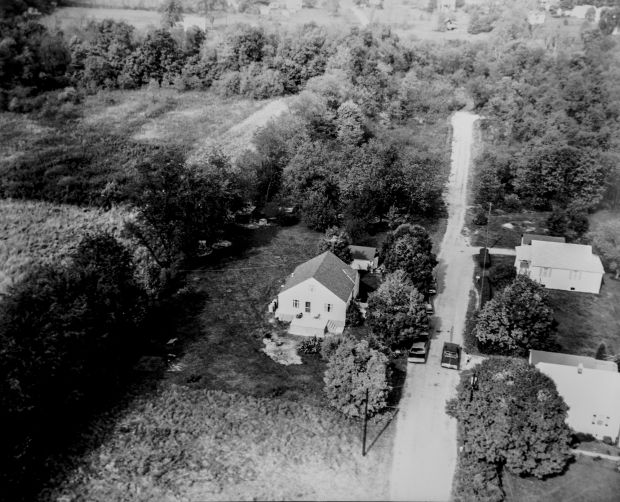 Debra Makel’s body was found by two of her cousins on Oct. 7, 1973, in the field behind the house, on the left, two days after she disappeared. An autopsy revealed Makel had been strangled and raped. (Photo courtesy of state police.) 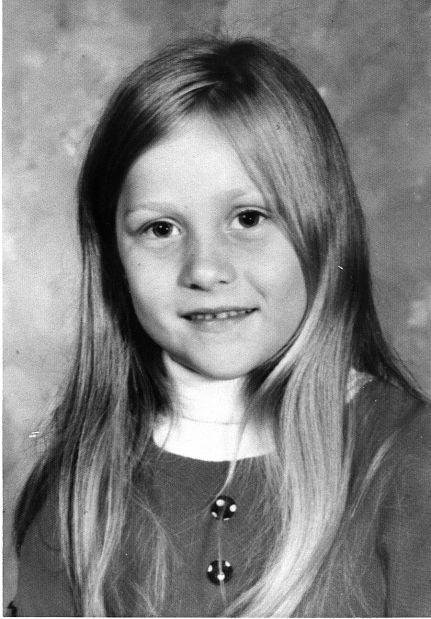 was found strangled in Rices Landing two days after she went missing in Oct., 1973.

It was a sunny, fall afternoon in rural Greene County when 8-year-old Debra Lynne Makel disembarked her school bus after spending the day at Dry Tavern Elementary School.

The blond-haired, blue-eyed youngster, neatly dressed in a green frock and carrying a pink purse, began the walk up her driveway toward her split-level home where she lived with her mother, father and two older brothers.

A neighbor saw her walking.

So did a jogger.

Her brothers, 12 and 11 years old, said they too saw “Debbie” headed to their house, as the boys canvassed homes in the area to try and sell magazine subscriptions.

It was also the last time the third-grader, who excelled in dance and was a straight-A student, would ever be seen alive.

Trooper John F. Marshall, who oversees cold-case investigations for the state police station in Uniontown, said that Makel’s school books were discovered outside her home off Ferncliff Road, near Rices Landing in Greene County, as well as the child’s coat, leading investigators to believe she made it to her home.

Marshall said that Makel’s father, Duane, who taught at Avella High School, and mother, Charlotte, who worked in a clothing factory in nearby Nemacolin, had yet to arrive home.

When they did, Marshall said, the family first thought that Makel was just outside playing.

But by suppertime, Marshall said, police had been called and concern had turned into fear.

“At that point, a search begins with about 180 people looking for her,” Marshall said, noting that volunteer firefighters from around the area joined police and area residents in one of the largest searches in the county’s history.

An announcement was made that evening at Jefferson-Morgan High School during the Friday night football game. Spectators began to file out of the stands to go join the search party. Bloodhounds from the State Penitentiary at Moundsville, W.Va., were brought in to assist, and the fields and woods around the Makel’s home became more congested than ever as everyone from family friends to troops of Boy Scouts scoured the region.

The search continued throughout the weekend, and on Sunday morning, two of Makel’s cousins spotted something green poking from some logs and debris in a wooded area known as Pumpkin Run. The cousins, who had joined the search only that morning and had only been looking for the child for about 15 minutes, had walked about 10 minutes from the family homestead when the flash of green caught their attention. Makel’s body was beneath the debris in a shallow grave.

Police determined that Makel had been raped and then strangled — her killer using a piece of twine around her neck — causing her larynx to break.

“At that point, the case immediately moved from a missing persons case to a criminal homicide investigation,” Marshall said.

After several feverish months of interviews and hundreds of polygraphs, Marshall said, investigators still had not produced a primary suspect. At that point, police and family settled in for the long haul and the arduous years ahead as new investigator after new investigator was assigned Makel’s case and added to the thousands of typed pages and notes attached to the child’s homicide.

Marshall said that within the first few weeks after Makel’s body was discovered, police were “bombarded” with tips, but none panned out.

The following year, psychic Dr. David Hoy of Paduka, Ky., was brought in. He told police he knew how it happened, where it happened and who did it. Still, Marshall said, nothing broke loose.

Through the course of their probe, Marshall said, more than 1,000 people were interviewed and eliminated as suspects by police. A handful remained through the years on a list of possible suspects, but none was solid enough to warrant charges.

In 2001 and in the years following, Marshall said, several people came forward claiming to have killed the child and were investigated by the state police cold case squad at that time. They were all eliminated as suspects.

“They were ruled out as either braggarts or suffering from a hero complex,” Marshall said, noting that both types of confessions are not uncommon in high-profile cases.

He said that hero complex confessions are made by individuals who want to try and provide closure for the family. But it would have been a false conclusion, and police weren’t buying, Marshall said.

Marshall, who has overseen cold cases for about eight years, said he hadn’t reviewed the Makel case until Wednesday but that he quickly became engrossed in the files filling a large cardboard box and at least a half-dozen big binders.

In the last decade, all the physical evidence collected at the scene has been submitted for DNA testing, which was not available at the time of Makel’s death, Marshall said.

At that point, the DNA was analyzed and became a part of the FBI laboratory’s Combined DNA Index System, or CODIS. That system combines both forensic science and computer technology to solve violent crimes, police said, by linking federal, state and local crime labs to exchange and compare DNA profiles electronically.

Marshall said that a DNA profile of “someone” was discovered on items of evidence, but, to date, the profile does not match anyone in the DNA database. He said that could change.

“I am going to be re-interviewing and asking for DNA swabs,” Marshall said, his lips thinned in a determined grimace, noting that there are three possible suspects that are still living and still considered viable. “I’m going to ask for cooperation, and if 99 of 100 people say sure, then things are going to get interesting.”

Additionally, Marshall said Fayette County Crime Stoppers is offering up to a $1,000 reward for information leading to an arrest in the case.