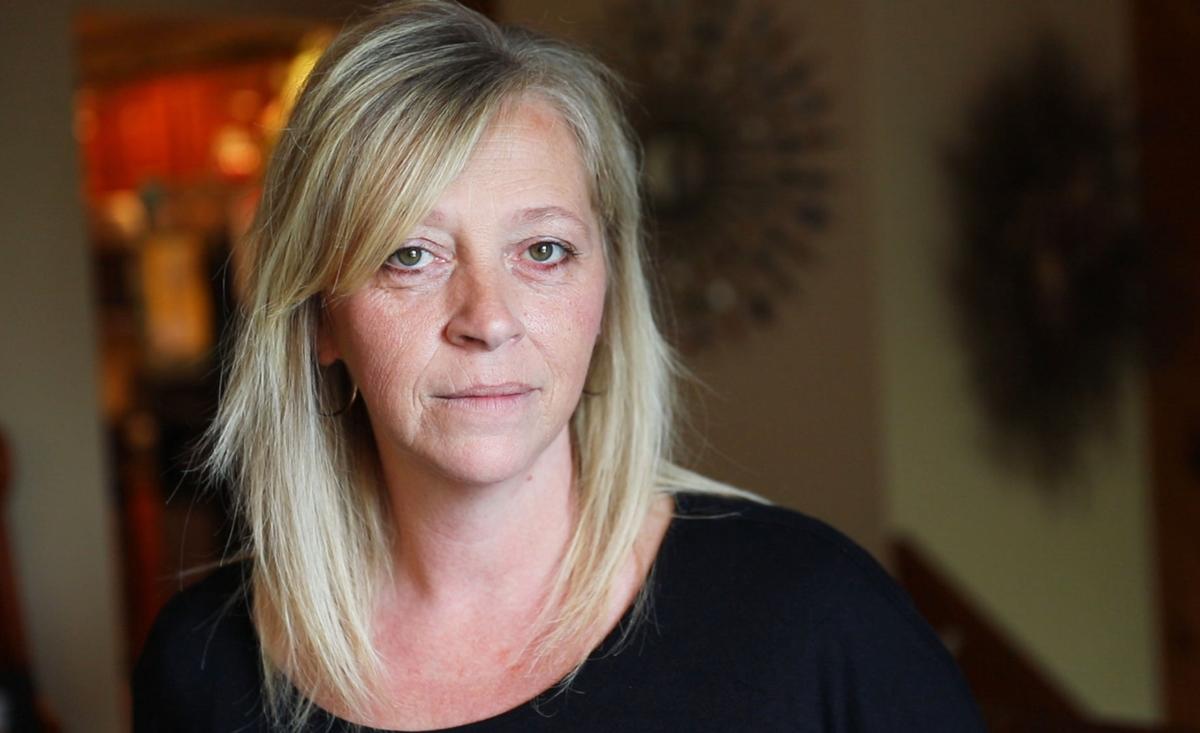 Tami Puckey lost her daughter in 2013 to a drug overdose. Now she and her husband are raising their granddaughter, who is part of a growing generation of children whose parents suffer from drug addiction. 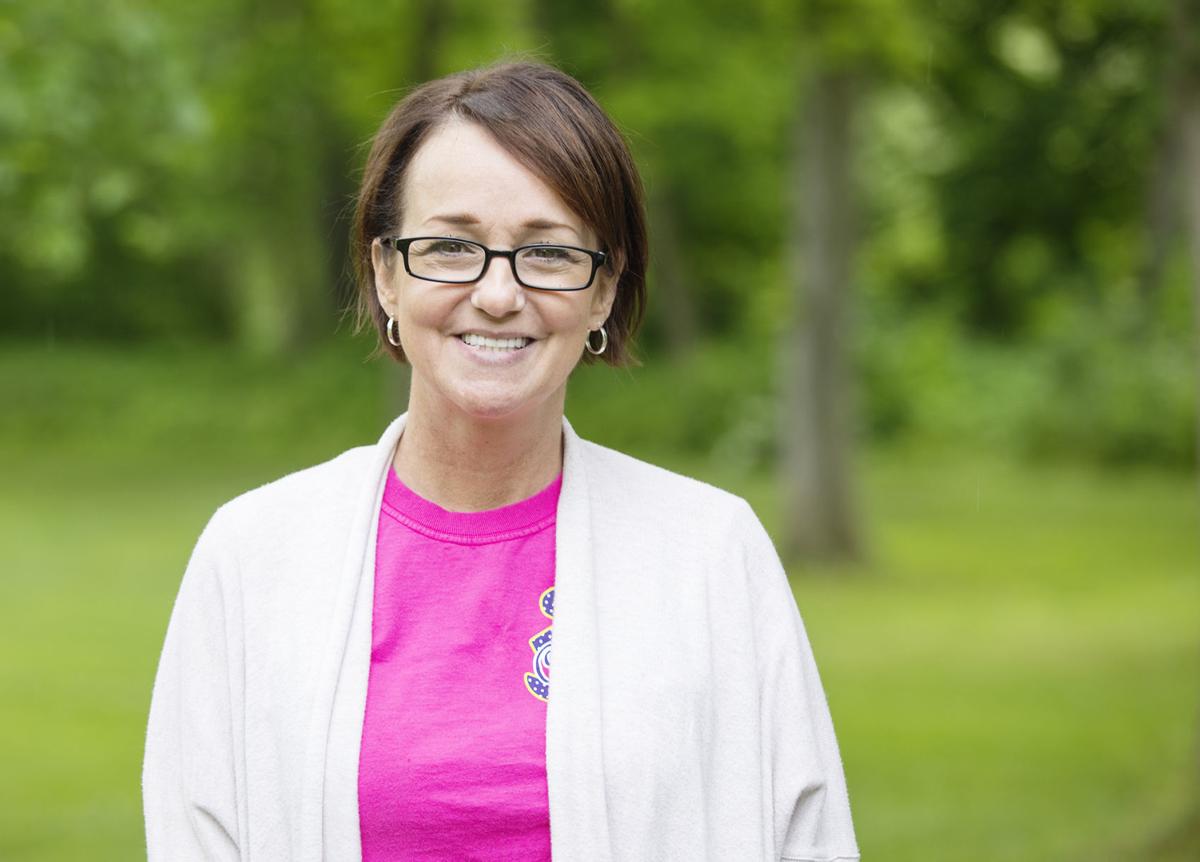 Erica Kindred of Lowber lost her daughter Nicole in 2014 and has been raising her granddaughter and grandson ever since. Kindred, who overcame addiction herself and has been clean since 2005, sees her grandchildren as an opportunity to break a cycle of addiction that has affected generations of her family. 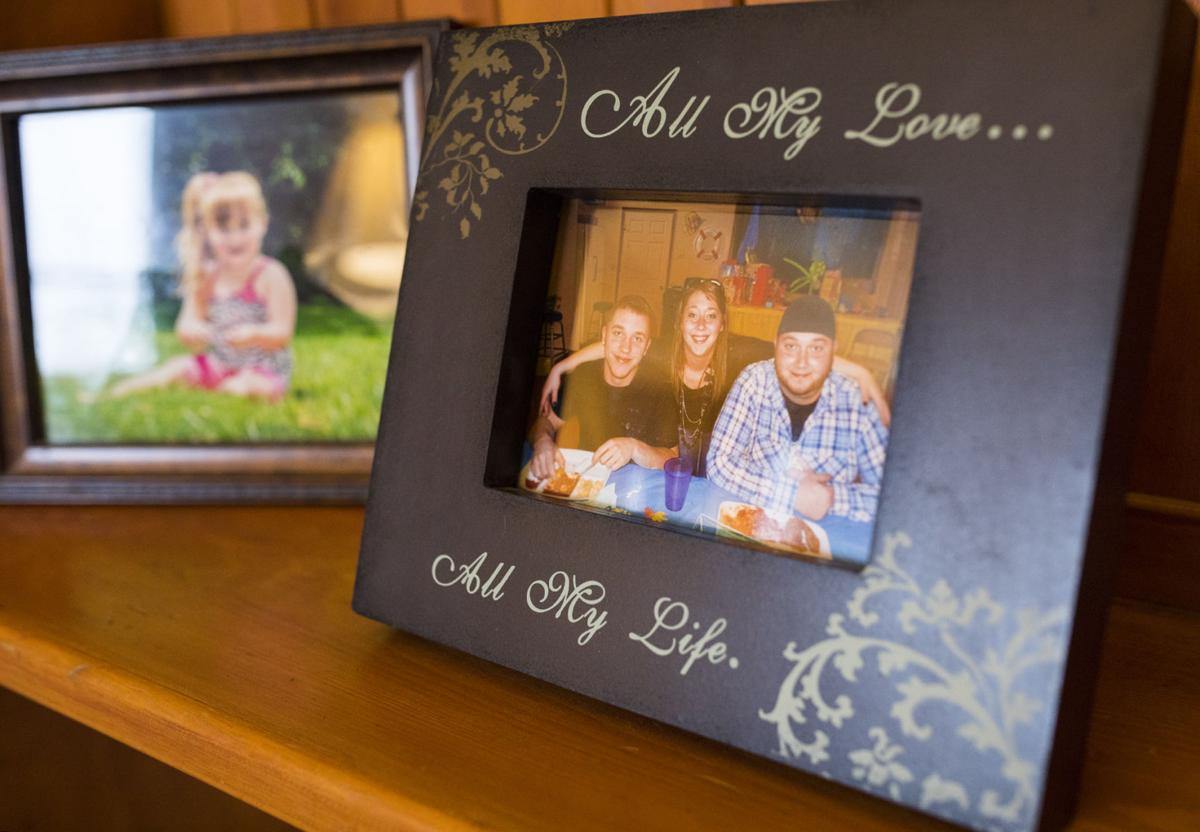 From left, Cory, Jenna, and Billy Puckey of Belle Vernon at Jenna’s daughter’s third birthday party. Jenna’s daughter, who Jenna’s mother declined to have named due to trepidation about the stigma still attached to addiction, is seen in a later photo at rear. Jenna overdosed a month after her daughter’s party.

Tami Puckey lost her daughter in 2013 to a drug overdose. Now she and her husband are raising their granddaughter, who is part of a growing generation of children whose parents suffer from drug addiction.

Erica Kindred of Lowber lost her daughter Nicole in 2014 and has been raising her granddaughter and grandson ever since. Kindred, who overcame addiction herself and has been clean since 2005, sees her grandchildren as an opportunity to break a cycle of addiction that has affected generations of her family.

From left, Cory, Jenna, and Billy Puckey of Belle Vernon at Jenna’s daughter’s third birthday party. Jenna’s daughter, who Jenna’s mother declined to have named due to trepidation about the stigma still attached to addiction, is seen in a later photo at rear. Jenna overdosed a month after her daughter’s party.

The following is part of a monthly series probing the financial and emotional costs of overdose deaths. We welcome reader feedback as we continue to probe this difficult subject.

Growing up, Jenna Puckey and her two brothers were extremely close to their grandparents. They lived just a few streets away from her Belle Vernon home.

“My kids were always there,” Tami Puckey recalled.

But in 2006, their grandparents died in a house fire. Jenna was 15 and completely devastated.

Tami simultaneously had to deal with the sudden loss of her parents and the grieving of her children, who were homeschooled that year as they coped with their grandparents’ death.

“Jenna had a little bit of a harder time,” Tami said.

Diagnosed with post-traumatic stress disorder after her grandparents’ death, Jenna was homeschooled an additional year.

Later, Jenna would admit to Tami that the day of her grandfather’s funeral was the first time she took a pill — a Percocet.

“And from there, it just spiraled,” Tami said.

Jenna’s parents didn’t realize she was using for another two years.

“I would have never in a million years thought that any of my kids would have done this ever,” Tami said. “And by the time you realize, it’s a full-fledged addiction.”

Jenna eventually dropped out of high school and in 2010 had a child of her own, testing positive for drugs when she delivered her daughter at Magee-Women’s Hospital of UPMC.

On April 23, 2013, Jenna died of a fatal overdose. Her parents had held out hope that one day she would achieve recovery and take back custody of her daughter, something that Jenna herself wanted too.

Instead, Jenna left behind a $20,000 burial expense and no life insurance plus the permanent everyday expense of raising a child, even if her parents don’t think about their responsibility as their granddaughter’s guardians in terms of dollars and cents.

Tami is a stay-at-home mom while Bill works in maintenance at U.S. Steel. Tami worries about what it would mean for her 7-year-old granddaughter if something happened to Bill. Tami’s sister became a widow at 44 in April, so she’s aware that life could change in an instant for her granddaughter and that adoption may be their best option in the future.

“But there’s a huge part of me that, I just can’t do (adoption), you know?” Tami says quietly. “I can’t wipe away the fact that my daughter was her mother.”

So Tami does cleaning jobs here and there to help support her granddaughter.

Tami’s friend Erica Kindred, who lost her daughter, Nicole Johnston, to a fatal drug overdose on March 3, 2014, does the same.

Johnston died in a three-quarters house, leaving behind two children, 6-year-old Sophia and 4-year-old Joseph, whose father Kindred said also lost a battle with addiction in 2012 and left behind Social Security death benefits for her grandchildren.

Kindred, 45, was raised by her grandparents and became an opioid addict in her mid-20s after her sister gave her some pain pills for a toothache. She got clean in 2005 but still fought an all-consuming desire to get high until she became a born-again Christian in 2007.

Nicole was raised by Kindred’s grandparents, one of whom, 93-year-old Charles Zaken, still helps Kindred raise his great-great-grandchildren in their Lowber home, chasing them around the house and having fun while Kindred plays the role of disciplinarian.

Kindred chokes up when she recalls the Biblical accounts of Job and David losing their children and credits her being “OK” today to her faith that she will see Jenna again, since Jenna had promised to give her life to Jesus before she died.

That includes being frugal.

When Kindred takes her grandkids to the pool, she’ll pack a lunch instead of buying the food there. She covered the $135 tuition cost for Sophia to attend Church Christian Academy in Sutersville this past year and puts enough money aside to take her grandchildren to Ocean City every year.

“I can make a little bit of money go a very long way,” Kindred said.

The financial cost of fatal drug overdoses, from final expenses to guardianship responsibilities, has been devastating for local families when such overdoses leave behind children to raise, forcing area school districts to adjust how they address the needs of students whose lives have been uprooted due to a loved one’s addiction.

“We can support her on our own,” Puckey, 47, said of her granddaughter, who she declined to name publicly out of fear that she’d be stigmatized by classmates at school because of how her mother died. “But what about people that can’t?”

The cost of kinship

Milene Brennan, aging care management supervisor for Westmoreland County Area Agency on Aging’s caregiver support program, said that a majority of the parents in the seven families participating in that program do not have custody of their children due to drug-related involvement or incarceration.

“It’s still mind-boggling that it’s (only) seven,” Brennan said, guessing that some families wait until it’s too late to get help or may not know about the program.

Brennan said those who do contact the agency for support have financial assistance in mind, noting that they often are dealing with behavioral problems among their grandchildren and may also be thrust into a guardian role despite having a fixed income.

The agency provides up to $300 a month to grandparents aged 55 or older to cover counseling, recreation or other services for their grandchildren.

Parental substance abuse is the most common reason why children enter agency custody within the Children’s Bureau, according to Assistant Director Jason Slonceski, although Slonceski said that that reason has dropped 35 percent over the past three years, which he attributed to an increase in bureau services for families in that situation.

Slonceski said that the bureau tries to place children in homes of relatives whenever possible to minimize the child’s trauma. Slonceski added that of those children whose custody is reassigned, around 40 percent are placed in kinship homes as opposed to the other approximately 60 percent of children that receive traditional foster care or are placed in group homes or residential treatment facilities.

“(You can) call up grandma and ask her if she can help,” Brennan said. “She may say yes, but she needs somebody to take care of her too.”

Westmoreland County Children’s Bureau provides $25 a day for both kinship and traditional foster caregivers to cover basic needs such as food and clothing but also what Slonceski noted were expenses that may come up in the aftermath of parental drug abuse, such as transportation to hearings, counseling and case planning.

“So sometimes it’s walking these folks through guardianship paperwork, and depending on their age, and depending on the resources that they have, that can be a quagmire for some,” McHugh said of grandparents and other family members who take over when a biological parent cannot take care of their child anymore due to drug issues. “So as a counselor, you don’t just counsel kids. You counsel families too.”

Providing that counseling and additional drug-related programming has resulted in only minimal financial costs for local school districts themselves, several district officials said.

Instead, area school districts are negotiating partnerships with agencies that can help increase counseling and find creative ways to provide educational possibilities for students. That includes Belle Vernon Area’s contracts with Southwestern Pennsylvania Human Services and the Counseling House for school-based counseling as well as Yough’s use of community donations to fund some drug education programs.

‘A wing and a prayer’

Tami Puckey has noticed that everything costs more now that she’s raising her grandchild than when she was raising her children two decades ago.

“Everything,” Puckey laments. “Even just to go to the movies.”

When she was still working, Puckey paid $90 a week for part-time daycare for her granddaughter, which she equates with a car payment.

“By the time you go out and get a job to try and keep the house going and you have kids that you have to pay for daycare, it’s insane,” Puckey says.

Technology has advanced rapidly since the 1990s too, and her granddaughter bought an iPhone with approximately $400 she had saved from birthday and Christmas money. But she’s never been on a vacation, and Tami thinks that, luckily, she and her husband are raising her by default to live simply.

“If it weren’t for grandparents or relatives taking these children, I don’t know where they would be right now,” Puckey says, a Frozen-themed table and chair sitting in the corner of the living room across from her. “Most of these addicts with kids when this happens, they’re not financially stable. There’s nothing for the children out there. So if something should happen and they do pass away, it’s a wing and a prayer.”