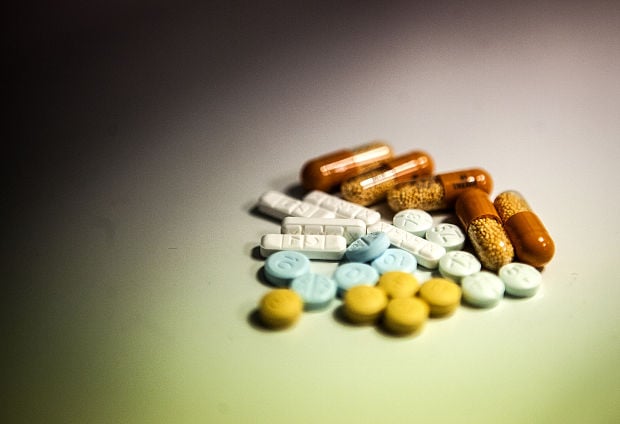 Shown are some of the most abused prescription drugs — opioids Fentanyl and OxyContin, central nervous system depressants like Valium and Xanax, or stimulants like Ritalin or Adderall. 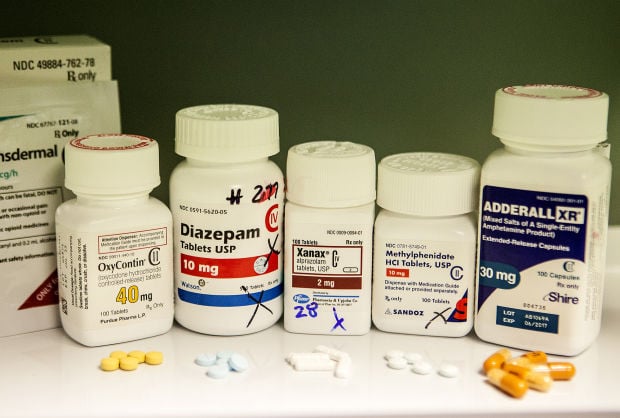 Shown are some of the most abused prescription drugs — from left, opioids fentanyl and oxycontin, central nervous system depressants like Valium and Xanax, or stimulants like Ritalin or Adderall.

Shown are some of the most abused prescription drugs — opioids Fentanyl and OxyContin, central nervous system depressants like Valium and Xanax, or stimulants like Ritalin or Adderall.

Shown are some of the most abused prescription drugs — from left, opioids fentanyl and oxycontin, central nervous system depressants like Valium and Xanax, or stimulants like Ritalin or Adderall.

Editor’s note: The following article is part of a series of articles examining illegal drugs in Fayette County.

harm parties, hyped over the last decade as a trend among teens for sharing prescription drugs in a party setting, have been a cause for debate and concern.

Skeptics believe the term “pharm party” was created and largely over-hyped by the media.

Critics say teens sharing random prescription medications from a communal bowl isn’t common, but the fact remains, teens are abusing prescription drugs at a greater rate than ever.

A 20-year-old Fayette County resident who declined to be identified said that while he hadn’t heard the term “pharm party,” such events do exist but in less of a formal setting than the media might normally think or portray.

“I have been to parties in the Uniontown area where someone has approached me with a pill bottle and tapped out a pill into my hand,” he said, noting that the first time he was offered a pill at a party he was 17 years old. “I have been told what the pill was a few times and a few times I haven’t, but it does happen.”

The man, who said he has been drug-free for six months, said that it seems more common for casual teen drug addicts and users to simply use drugs prior to or during parties and gatherings on their own but partake in the effects as a group, noting that “not everyone wants to share their drugs.”

Whether or not the parties are common, drug awareness and law enforcement professionals are aware that prescription drug abuse among teens is on the rise.

“Pharm parties (exist) in the sense that drugs are being shared from a high school locker rather than a punch bowl,” said Brian Reese, treatment supervisor of the Fayette County Drug and Alcohol Commission (FCDAC).

Pharm parties are the latest incarnation of a phenomenon which dates back to the “rainbow parties” of the 1960s. Baggies of random prescription painkillers and/or tranquilizers (called “trail mix”) are combined, shared and used to get high.

“It’s nothing new,” Reese continued. “Back in the 70s and 80s people had bottle parties where there were 10 bottles of pop and six had acid in them.”

With more and more people being prescribed various medications, there is an increase in abuse by teens and adults alike according to Erica Usher, prevention specialist, FCDAC.

“More people are using prescription drugs because there are more available — therefore easier to get in the hands of those who shouldn’t have it,” Usher said.

Accessibility to narcotics prescribed by physicians is making it more enticing for teens.

“Kids will experience it. They will say it’s harder to get alcohol, but I can get prescriptions from my grandma’s house or neighbor’s house or home,” said Usher.

A lack of respect for the dangers of prescription substances is leading to addiction and sometimes death.

Teens run the risk of overdosing on opioids like Fentanyl and OxyContin, central nervous system depressants like Valium and Xanax, or stimulants like Ritalin or Adderall.

“OxyContin is a transition drug. It doesn’t take (a person) long to realize they are paying 80 bucks for an Oxy pill and they can pay $10 for heroin,” Brooks said.

According to a 2009 Centers for Disease Control Study, nearly 13 percent of U.S. high school seniors are estimated to have used prescription opioids for non-medical purposes. The same study also estimates that 6.5 percent of high school seniors have received prescription opioids from a friend or relative and 4.4 percent have purchased opioids from a friend, relative, drug dealer or stranger.

In August 2013, an 18-year-old area woman died after she overdosed on methanol (wood alcohol), anti-anxiety, painkillers and muscle relaxants according to the Fayette County Coroner’s Office.

Usher said Uniontown Hospital does not track or collect information about the number of teenage patients treated as a result of prescription or any other sort of drug overdose.

According to the 2011 Pennsylvania Youth Survey (PAYS) for Fayette County, prescription drug use is below national and state averages; however, teens in the county are surpassing statewide averages in the use of alcohol and tobacco.

Usher explains the survey of students in grades 6, 8, 10 and 12 is very telling.

“The best way to know what youth are doing is to ask them,” she said.

The PAYS data indicates that 10.4 percent of high school seniors, and 5 percent overall surveyed in Fayette County admitted to using narcotic pain relievers without a prescription. Fewer than 3 percent of those surveyed indicated they have used tranquilizers and/or stimulants.

Usher points out the PAYS data clearly shows alcohol (46.8 percent) and cigarettes (27.4 percent), both which exceed the statewide averages, as well as marijuana (17.2 percent) remain the most prominent drugs of choice among teens in Fayette County.

“Not a good place to be an overachiever,” Usher said.

While a growing number of teenagers in Fayette County and the surrounding areas are illegally ingesting prescription narcotics like Percoset and Oxycontin, the monetary cost of such habits can quickly force even younger users to ditch the “hillbilly heroin” for the real thing.