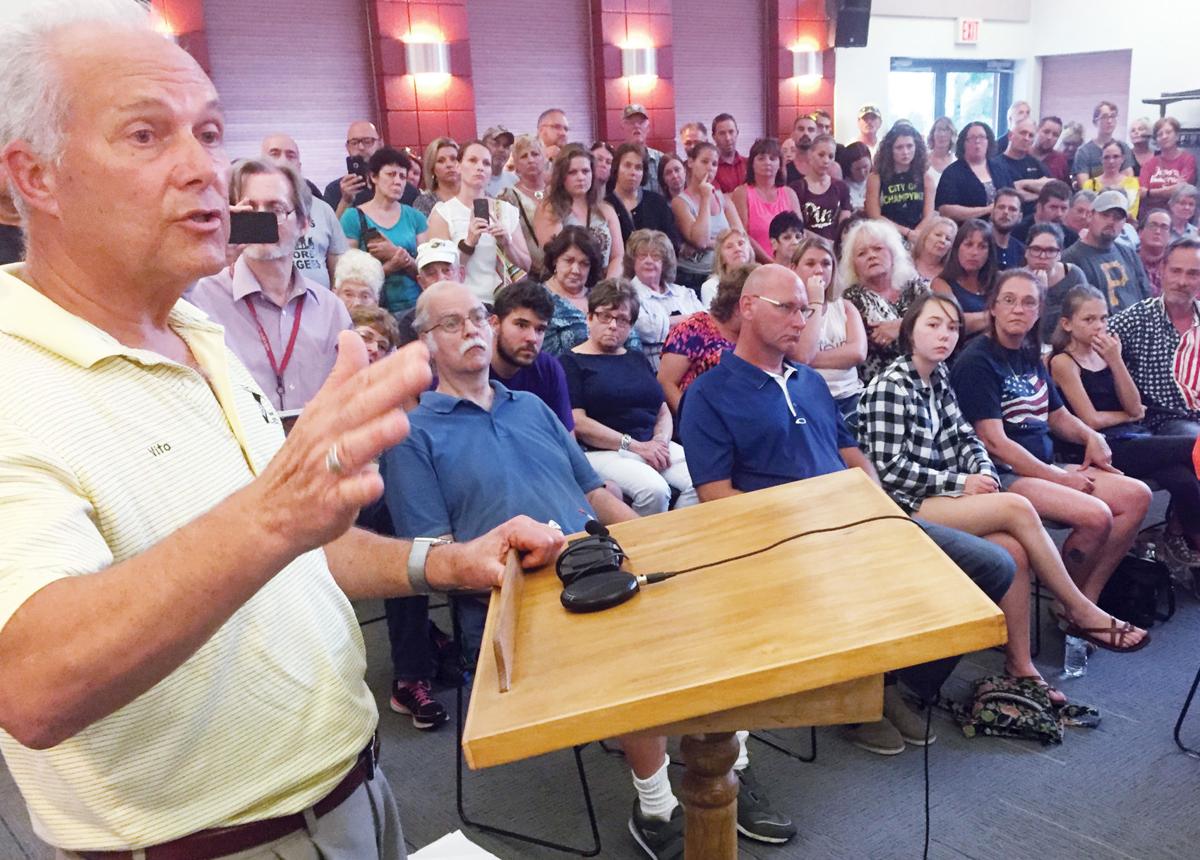 Vito Dentino, a local real estate broker, addresses California Borough Council and more than 100 attendees during a July 13 council meeting. Dentino was peppered with questions from residents at council meetings about Romani individuals living in the borough in June and July, since he has rented to many of them. 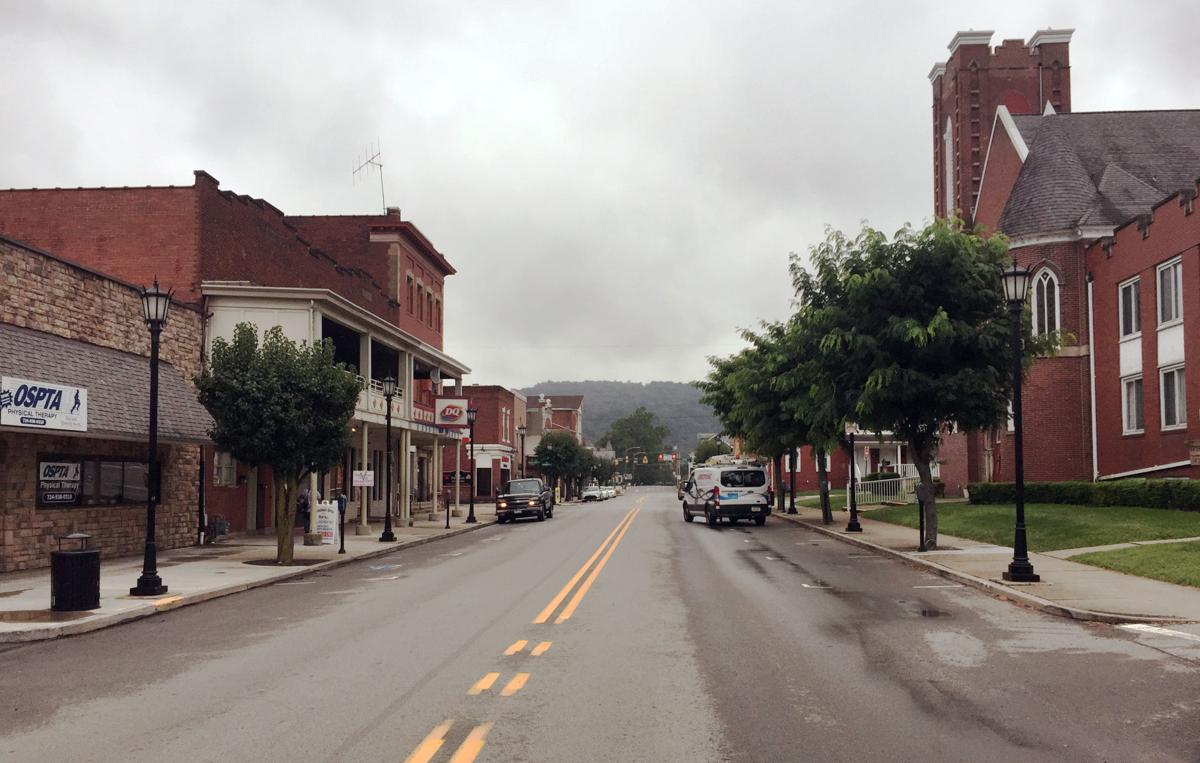 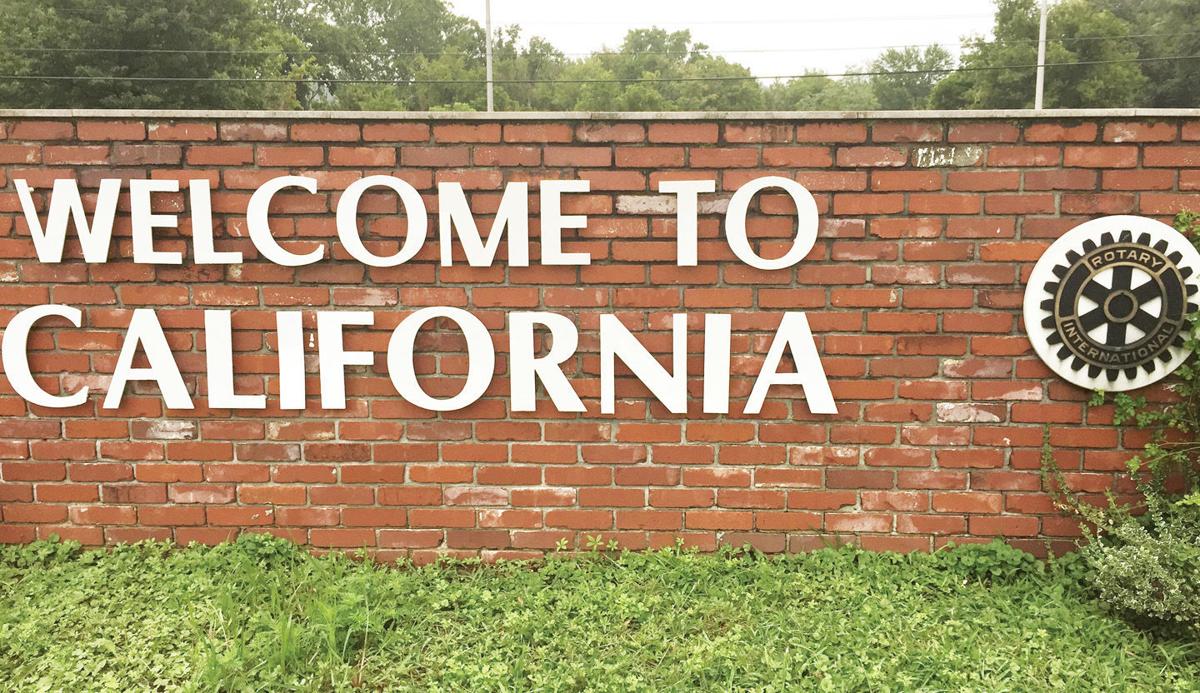 Vito Dentino, a local real estate broker, addresses California Borough Council and more than 100 attendees during a July 13 council meeting. Dentino was peppered with questions from residents at council meetings about Romani individuals living in the borough in June and July, since he has rented to many of them.

That’s what Mike Garlowich, California’s zoning and code enforcement officer, says about the 25 to 30 families of Romani descent that he estimates currently reside in the borough, in spite of the uproar that their presence has triggered among residents in California and commentators nationwide.

In early May, an influx of Romani individuals began settling throughout the borough as part of a U.S. Immigration and Customs Enforcement (ICE) program called Alternative to Detention (ATD).

The ATD program, according to ICE officials, is a flight-mitigation tool that uses technology and case management to increase compliance with release conditions. It also facilitates compliance with court hearings and final orders of removal while allowing individuals to remain in their community as they move through immigration proceedings, officials said.

The Roma’s presence has rankled borough residents who at council meetings in June and July complained that they were defecating in public, cutting chickens’ heads off, driving recklessly and talking at an excessively loud volume.

But Garlowich said Friday that most of the Romani residents have complied with everything he has asked of them, which has chiefly consisted of picking up litter in their yards.

Garlowich added that the Roma are not defecating in public as rumors have claimed, noting that he knew of just one instance in which a young child did so outside.

More than 100 concerned residents crammed into the municipal building last month for borough council’s regular meeting to voice concerns about the influx of Romani people, many saying that the ATD program participants pose a danger to their community.

California Borough Police Chief Richard Encapera said at that meeting that ATD participants had received traffic citations but not committed any criminal violations.

“The majority of people don’t have a problem with (them),” Garlowich said, adding that Roma were not violating any borough ordinances by cutting chickens’ heads off.

Local real estate broker Vito Dentino said he rents to approximately 30 Roma families and has noticed many of their members are behind on local cultural cues and expectations, with some getting confused on where they can and cannot park and not knowing the purpose of shower curtains.

Garlowich said that many sleep on pillows, and Dentino said they need beds, chairs and tables.

Although the Roma are from Romania, they are ethnically distinct from Romanians, a persecuted minority in several European countries, including Romania.

An estimated 80 percent of the Romanian Roma population lives in poverty and comprises between 5 and 10 percent of Romania’s total population, according to the Borgen Project, a nonprofit organization focusing on extreme poverty worldwide.

“You ever hear of anybody going to Romania for a vacation?” Dentino said.

Dennis McGill, a fifth-generation Romani-American based in Delaware County, Pennsylvania, called the California borough office to offer Romani-English translating services and other assistance the morning after a segment ran on Fox News’ “Tucker Carlson Tonight” television show last month in which Carlson said that groups of Roma in the United Kingdom and elsewhere defecate on playgrounds or other public areas as an apparently “hostile act.”

Roma in Romania and throughout Europe have had to endure harrowing racism for centuries, McGill noted. Originally descending from India, Roma have faced segregation, evictions and ethnic extermination throughout their history.

The Roma’s history of persecution has fed the stereotype of them being “gypsies” that live in forests and tents away from settled areas, resorting to thievery. But they did so to escape persecution, McGill said.

“Some have told me they feel safe,” Garlowich said. “They feel safer here than in New York.”

Dentino said that he has to have a copy of Roma residents’ one-year leases before ICE allows them to come to the borough.

“They have to show they have a place to live,” Dentino said.

ICE does not place ATD participants in specific jurisdictions, according to ICE officials. Those individuals determined by ICE to be eligible for release in the ATD program make the decision on where they will reside.

ICE catalogues and monitors the residence the ATD participant identifies.

“Show them they need not be afraid,” McGill said.

TRYING TO BE GOOD NEIGHBORS

Community leaders in California are trying to find ways to bridge the gap between longtime residents and their Roma neighbors.

Thirteen members of Cal U’s faculty signed a letter dated July 19 to Council President Patsy Alfano and Borough Administrator Richard Martin in which they offered to serve on a “community working group” and assist with the Romani people’s “adaptation to a new community.”

Language remains a significant barrier between the Roma and their neighbors. Garlowich uses Google Translate to communicate with California’s Roma since he said that most of them can’t speak English.

Dentino said he has been trying to get his Romani tenants to assimilate more, particularly when it comes to not littering.

“’You don’t do the things we do,’” Dentino recalls telling them. “’You have to learn to do things we do in this country.’”

A young Romani woman on Union Street who speaks broken English declined to be interviewed Thursday, choosing instead to watch over her fellow Roma, including several children, as they talked with each other and listened to music on cellphones, in the same conversational mood that other young residents were walking up and down the same block that evening.

“It’s really not that much of a story,” Garlowich said.