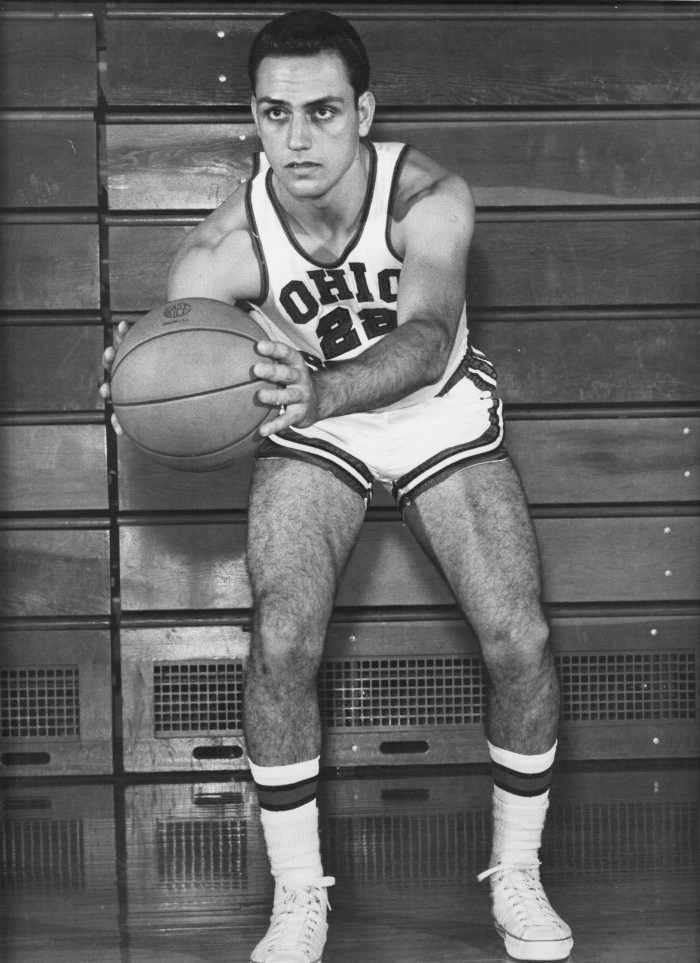 Uniontown’s Ron Sepic shown during his days at Ohio State University. Sepic will be inducted into the Pennsylvania Sports Hall of Fame Oct. 5. 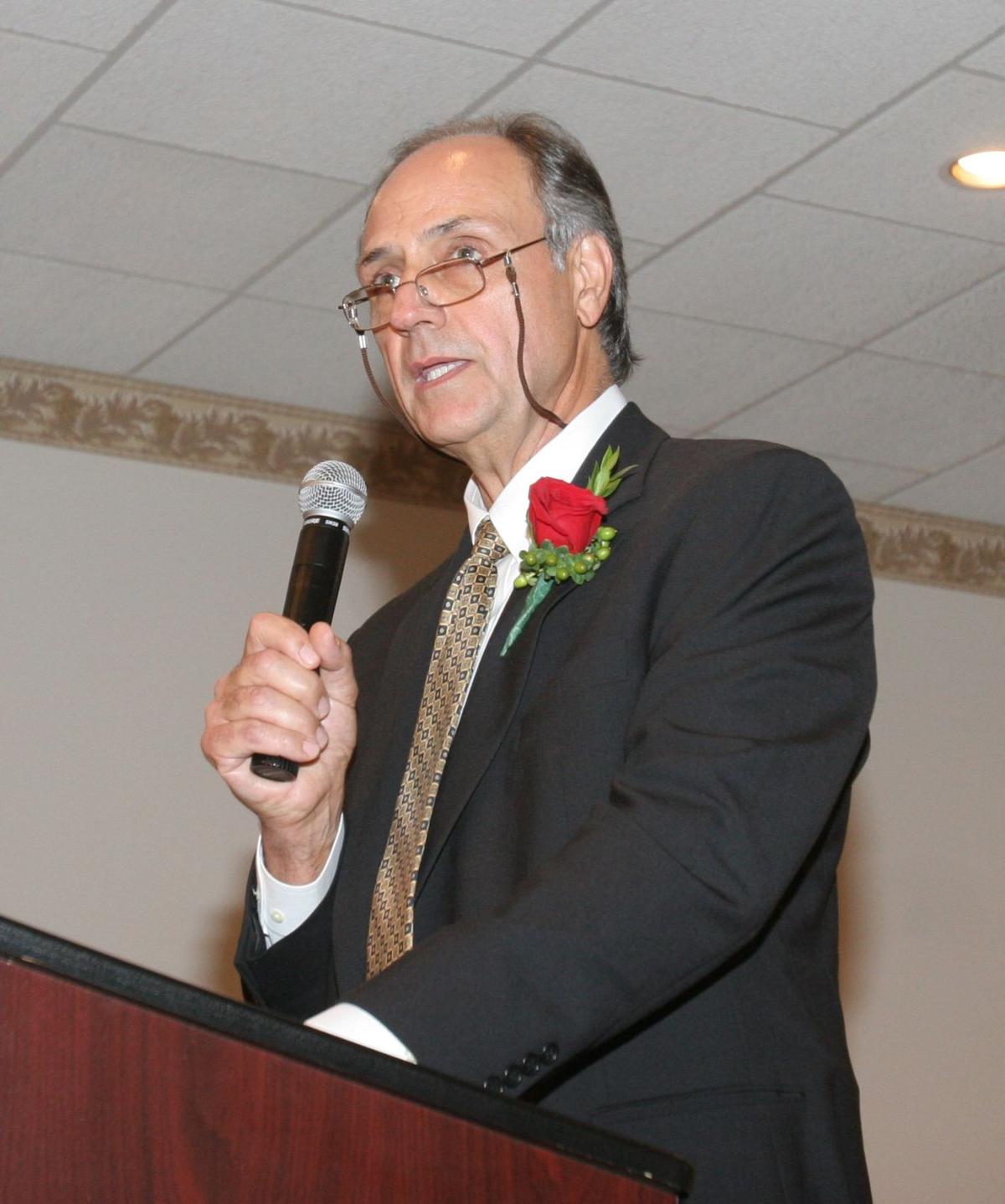 Uniontown’s Ron Sepic shown during his days at Ohio State University. Sepic will be inducted into the Pennsylvania Sports Hall of Fame Oct. 5.

Ron Sepic is one of the greatest basketball and football players to come out of Uniontown. Sepic was honored when he learned that he will joining the greats from the Keystone state when he is to be inducted into the Pennsylvania Sports Hall of Fame on Oct. 5.

“My initial reaction was I can’t believe it,” Sepic stated. “It’s a great honor because of so many athletes in the past that Pennsylvania has produced. To be selected to go into that Hall of Fame is a great honor.”

Sepic being selected to the Pennsylvania Sports Hall of Fame is no surprise. He was one of the state’s most heralded school boy athletes during his playing days at Uniontown High School in the 1960s.

The Red Raiders were a dominant football power and won a WPIAL title in Sepic’s junior season, posting a 10-0 mark.

In basketball, Sepic was a part of a Uniontown juggernaut that lost a total of five games in three years and captured a state championship in 1962. The Red Raiders posted a 29-2 record on their way to that state title. Uniontown defeated Norristown, 70-57, in the final.

Uniontown lost to Bethlehem on Jan. 27 of that season. From there the Red Raiders went on to win 36 games in a row before they ran into John Naponick and Norwin in the 1963 WPIAL basketball playoffs. Sepic tallied 1,066 points during his basketball career at Uniontown.

Sepic was All-County in football and basketball and also garnered first-team All-State honors in both sports, being named to the Parade High School All-American basketball squad in 1963, and appeared on the Ed Sullivan TV show.

He was heavily recruited in both football and basketball when he graduated from Uniontown in 1963.

“It came down to Ohio State, Duke and West Virginia because I thought they would be the closest,” Sepic explained in a Memory Lane story. “Duke was too far and Ohio State was the closest of the Big Ten schools. I was torn between playing football or basketball, but Woody Hayes only threw the ball about three times a game and I was a tight end, so I knew I was going to be a blocking end. I wanted to have my hands on that leather and I chose basketball.”

The Buckeyes were a basketball power, but didn’t match their earlier success when Sepic played in Columbus.

“We were pretty good,” Sepic said. “We didn’t have the big man because, actually, my junior year I played guard. I started as a sophomore after about the third game. We played Michigan, who was the No. 1 team in the country. They had Cazzie Russell and Bill Buntin. We played them toward the end of the season, and I guarded Russell, who was about 6-5. They moved me out to guard. I had played forward all year long. We beat them and the next year I played guard. My senior year I played both forward and guard.

“We never made the NCAA tournament. At that time you had to win the Big Ten. They didn’t take the number of teams that they do now.”

The Washington Redskins drafted Sepic in football, even though he didn’t play in college. The NBA Cincinnati Royals drafted him and he made the final cut to six rookies.

“In those days we didn’t have agents, and the Redskins’ camp started in July. I had been accepted to dental school and I had to let them know by July if I was going to go to dental school or play pro ball. I was considering playing either one, but I knew I couldn’t go to the rookie camp for football with dental school.

“Always in the back of my mind were mom and dad saying you have to get an education. My wife, Susan, and I were married and we had our first son, Ron Jr. I told the Royals if I get a no-cut contract I’ll play pro basketball and I was going to give up a year of dental school. They said no to the no-cut contract and I said I’m going to dental school.

“The education paid off. From dental school I went on to become an orthodontist in Uniontown and it’s been a great life.”

Sepic feels blessed to have played athletics at Uniontown during “The Golden Age” of Red Raider sports.

Sepic admits he had a great support system in Uniontown.

“First it starts with my family,” Sepic explained. “My mom and dad, they were the type of people that really encouraged you. If you start out to do something you do it the best you can and you never quit. That was instilled in us from the beginning. It allowed me to be coachable and to know you had that support from your family.

“We had great coaches back in the day. We had Bill Barron, Abe Everheart, Bill Power, John Kruper, Joe Yourchick and all of those fellows. The coaches made you do what you wanted to do that you wouldn’t do on your own and I thank them.”

The Hall of Fame honor is a big boost for Sepic who has been battling cancer with the same tenacity he showed in his athletic endeavors.

“You really do savor the honor,” Sepic said. “The one thing besides my faith in God and the fact that I know he’s in charge and I put my faith and trust in our lord. Coming through the years of athletics and competition there was a book written by Glenn Cunningham the great runner. He was burnt in a schoolhouse fire and they said he would never walk. He eventually walked and then he ran and obviously he was a great miler. In his book he writes about never quit and I read that book as a kid.

“That’s something I’ve maintained all my life — never quit no matter what the odds are against you. Keep fighting and that was something I applied in athletics and that’s how I am approaching this cancer. Never quit, don’t stop.”

Sepic will be honored with the 2019 class of the Pennsylvania Sports Hall of Fame at the Radisson Hotel Philadelphia Northeast in Trevose, Pa. Tickets are still available, call Jim Parrella at 267-977-7442.