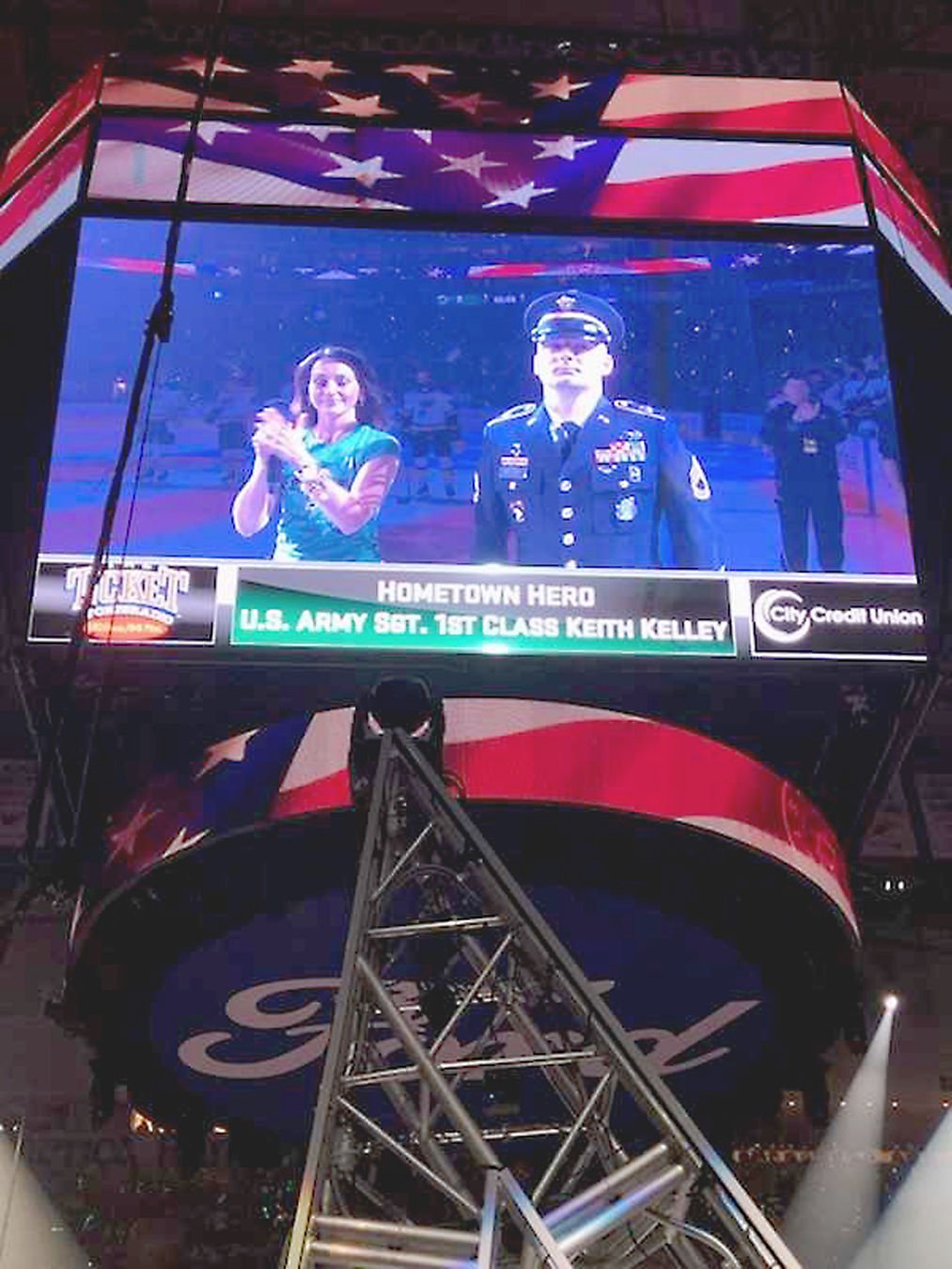 Army Sgt. 1st Class Keith Kelley being honored as a Hometown Hero by the Dallas Stars. 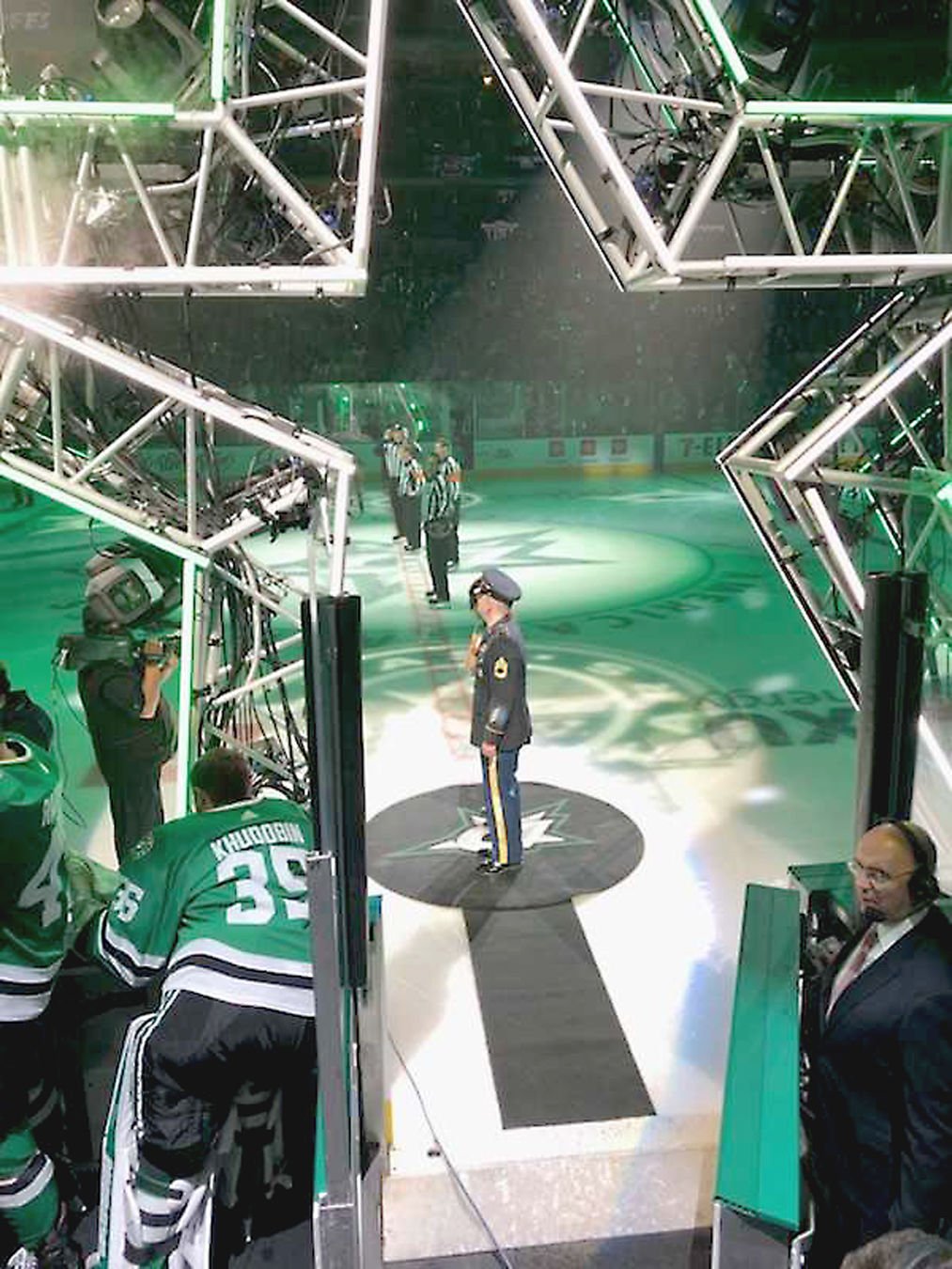 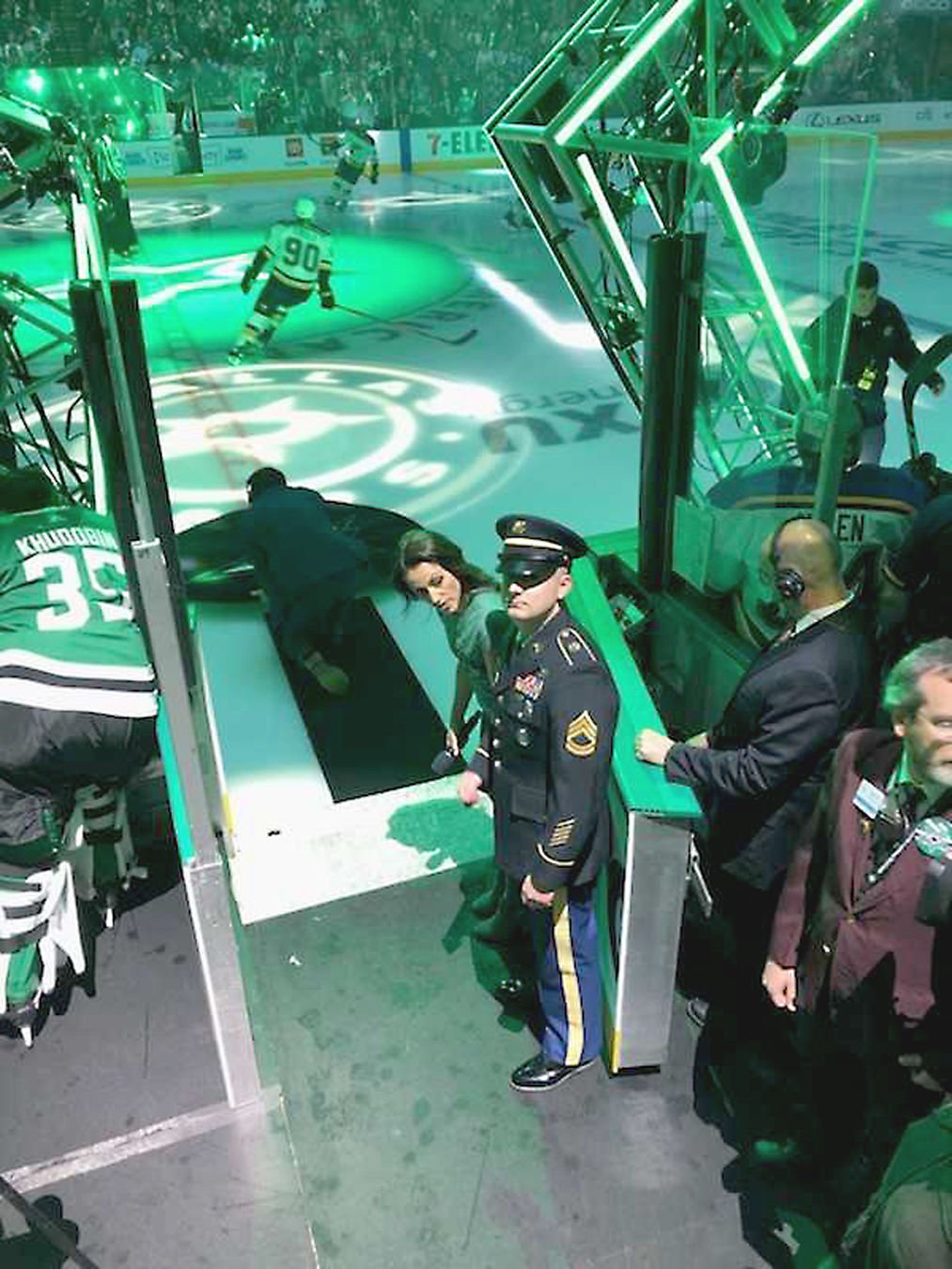 Army Sgt. 1st Class Keith Kelley being honored as a Hometown Hero by the Dallas Stars.

A Fayette County native who earned the Purple Heart while serving four tours of duty in the Middle East was recognized during the National Hockey League playoffs.

“I was very excited. Coming from Western Pennsylvania, hockey is huge stuff,’’ said Kelley, a son of Keith and Mary Kelley of Menallen Township and a 2001 graduate of Uniontown Area High School.

Kelley, who now serves with the Army as a recruiter stationed in Denton, Texas, located north of Dallas, entered the Army in 2004 and has been deployed four times: Iraq in 2005-06 and Afghanistan in 2008-09, 2010-11 and 2013. He served as a fire support specialist, known as a forward observer.

“I spotted targets for the artillery,’’ Kelley explained.

Kelley twice received the Purple Heart after being wounded in his first deployment to Iraq. He was shot in a firefight. The second time, Kelley was injured by a roadside bomb.

Stationed now two years in Texas, Kelley said, “It’s too hot and too flat, but I enjoy working here very much.’’

While not saying who nominated him, the Dallas Stars gave Kelley a phone call to tell him he was selected a Hometown Hero on April 29, the day of the game.

“The entire staff – everyone I talked to was super nice,’’ said Kelley, who wore his uniform and had seats 10 rows back from the ice to watch the game with his wife, Pamela. “I got to meet (broadcaster) Pierre McGuire and bumped fists with the players as they came out for practice. They announced me and I stood out there while a young lady performed the national anthem.’’

“I don’t know if I can put it into words,’’ he said. “It was an overwhelming sense of price in the community and how they supported me – not only me but veterans in general.’’

His wife also enjoyed the experience.

“I think she was more excited for me,’’ Kelley said.

As the game was nationally televised, Kelley has received many comments, including from buddies he has served with in the Army.

“They were all super proud and I still see stuff on social media about it,’’ Kelley said.

The Dallas Stars eventually lost the series but their kindness made an impression on Kelley.

“I am a die-hard Pittsburgh fan,’’ Kelley said, “however, I have come to appreciate the Dallas Stars and their organization.’’