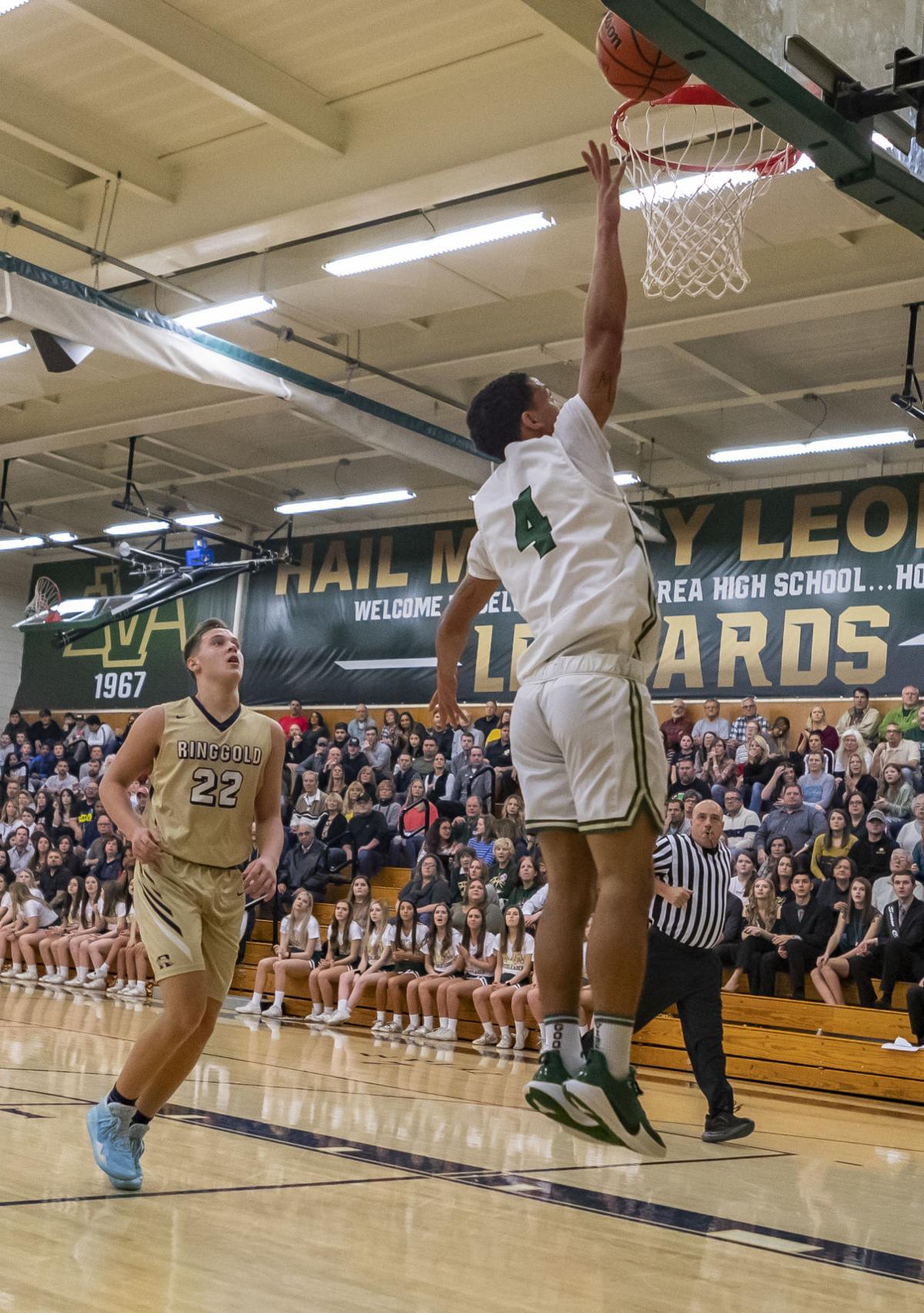 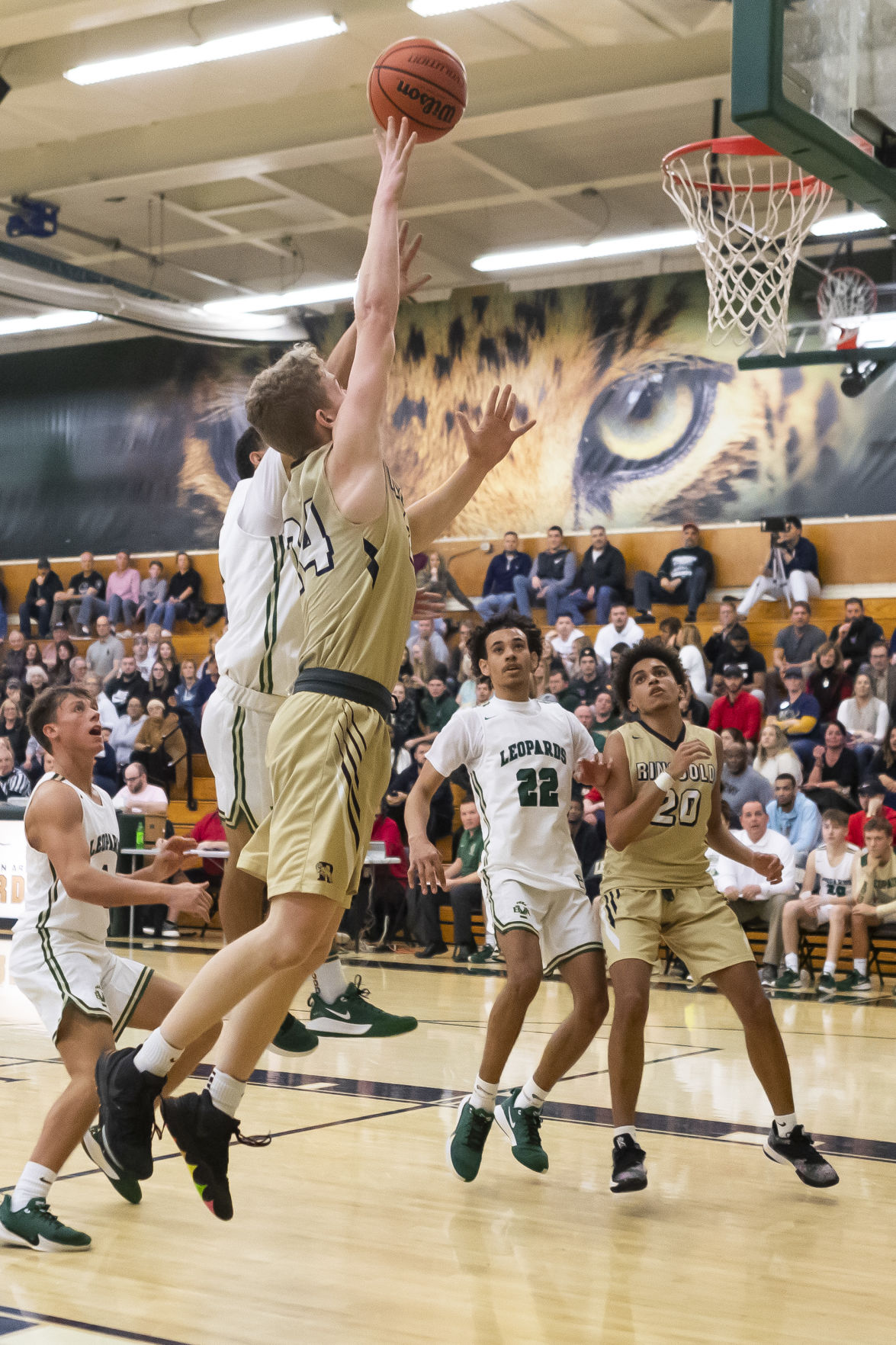 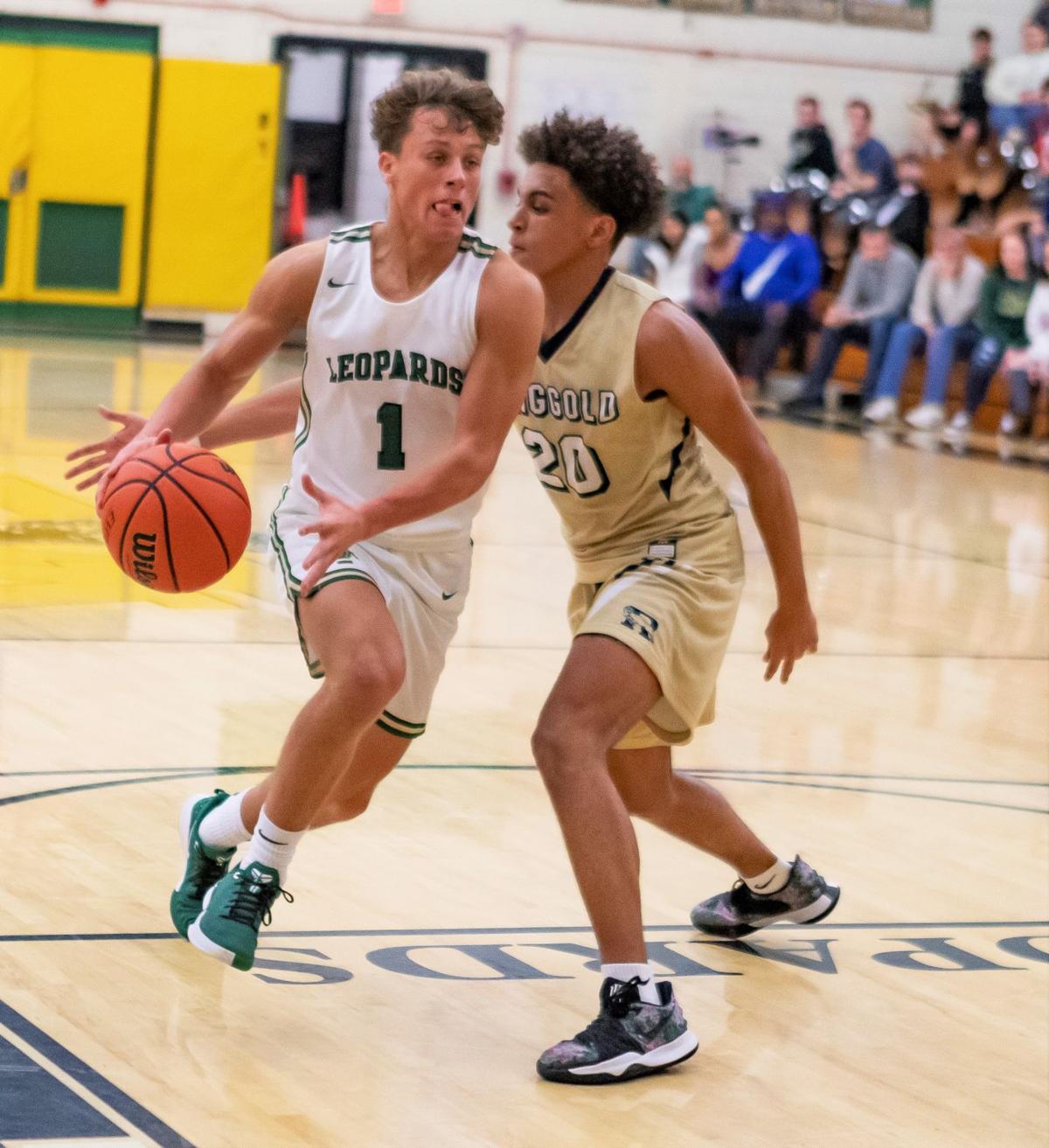 ROSTRAVER TWP. --  In an important game between two of the better teams in Section 3-AAAA, Belle Vernon defeated Ringgold, 77-66, on Friday night in front of a packed, energized crowd.

Both teams entered the Herald-Standard Game of the Week game fighting for position to maintain contact with section-leading Uniontown.

“We didn’t do anything different to prepare for tonight’s game,” said Belle Vernon head coach Joe Salvino. “I worry about our team playing our game, and I don’t want to worry about having to play the other team’s game.”

Salvino, in his 36th year of coaching, is in his second year at Belle Vernon. Meanwhile, Ringgold head coach Phil Pergola is in his 50th year as a head coach, and between the two coaches, they have amassed an impressive 1,293 wins and have won WPIAL and state titles.

“Me and Phil go back a long time,” said Salvino. “He’s a great guy, a great coach, and I have the utmost respect for him.”

“We’re okay. We called this the week from hell because we had Uniontown, then TJ, and Belle Vernon,” said Pergola.

The excitement and the intensity of the crowd really hit home to Pergola.

“The atmosphere was tremendous. The excitement of the crowd reminded me of the 70s, 80s, and the 90s. Lately, you don’t see crowds like this at a game,” said Pergola.

Ringgold’s Luke Wyvratt got hot early and contributed 10 points for the Rams in the second quarter.

Ringgold controlled most of the quarter, going on a 19-4 run for a 38-27 lead at the half. Wyvratt’s basket with 4:30 left in the second quarter tied the game and Peccon’s beautiful 3-pointer gave the Rams the lead.

With his team down by 11 points at the half, Salvino said, “I told the team at halftime that we weren’t playing very good, and during the second quarter, it was like we weren’t playing at all. We have to play four quarters of basketball.”

Salvino’s words must have resonated with his team because the Leopards entered the second half on fire with a 14-3 run and tied the game 41-41 with 5:25 left in the third quarter.

Belle Vernon managed a very brief 20-second lead, but Ringgold regained the lead on a Butler field goal, a lead they would maintain until the fourth quarter. Belle Vernon held a 28-20 advantage in the third quarter.

The lead changed hands 10 times, but the Leopards delivered the final blow thanks to Devin Whitlock’s basket with 6:10 left in the fourth quarter.

The crowd was brought to its feet with thunderous applause with Mitch Pohlot’s dunk just seconds later. Belle Vernon fed off the adrenaline and never looked back, going on an epic 18-6 run to end the game.

“This was the third game in a row where we played very well for three quarter and fall in the fourth,” said Pergola.

The Rams were without senior Benjamin Lawrence, out with an injury.

“He doesn’t give us a whole lot on offense, but defensively, he clogs that middle up,” said Pergola. “He definitely would’ve helped us tonight had he been on the floor.”

“It was a good comeback win,” said Salvino. “I keep telling them to play good defense because good things can happen, so we created some turnovers and got some transition points and look what happened.”

Who do you plan to vote for on Nov. 3 for president?