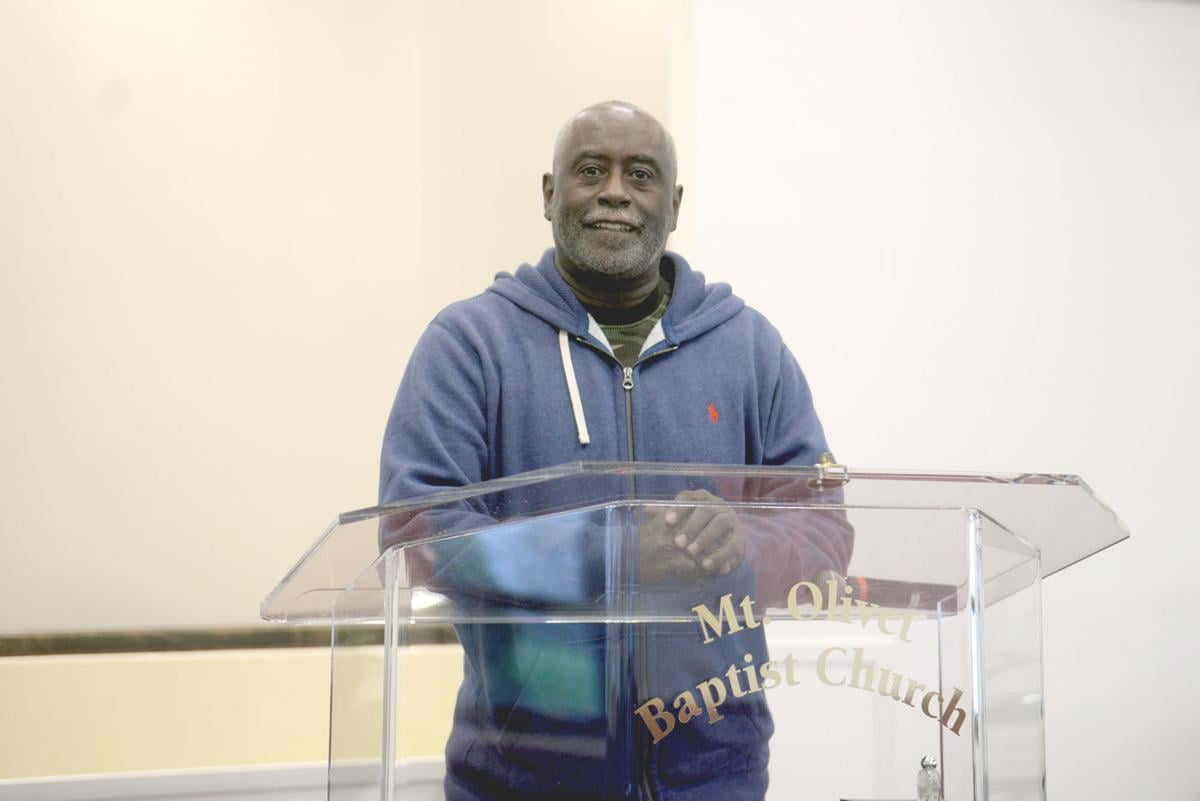 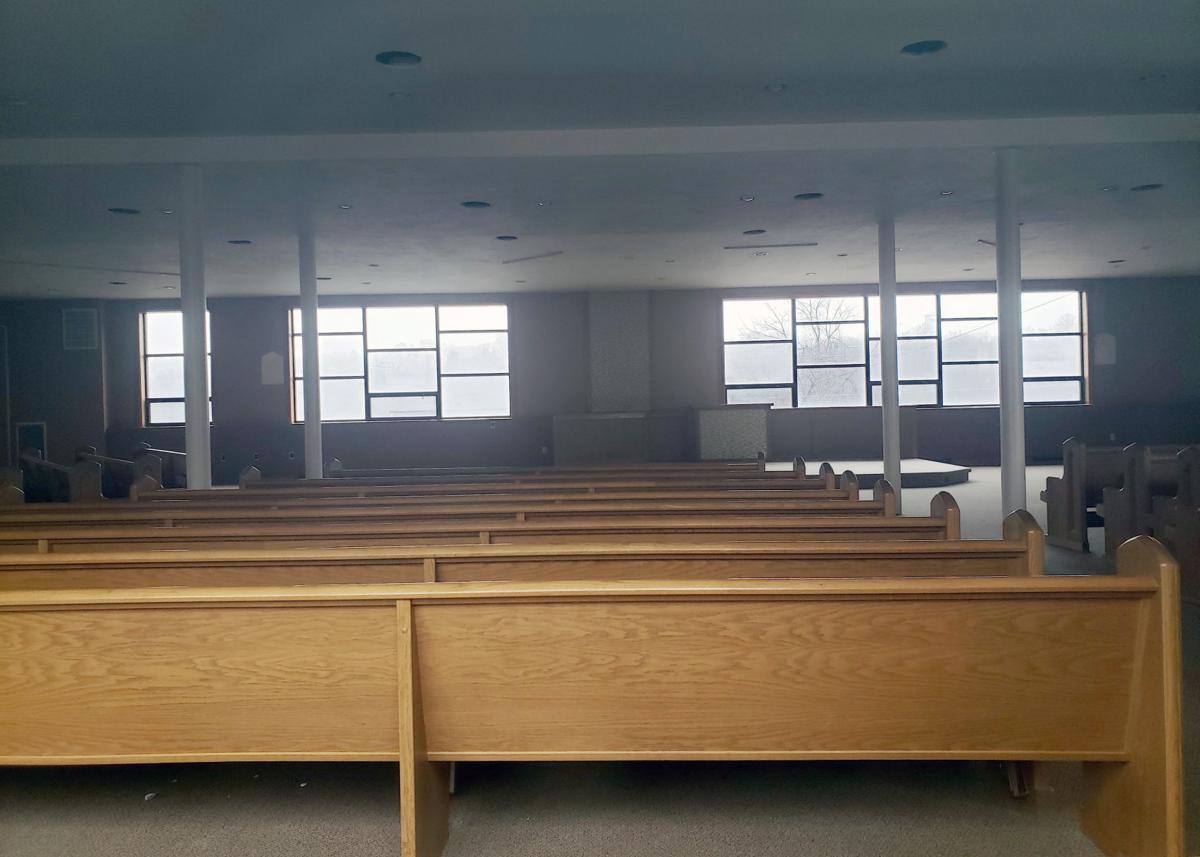 The interior of the shuttered St. Thomas Aquinas Church in California Borough 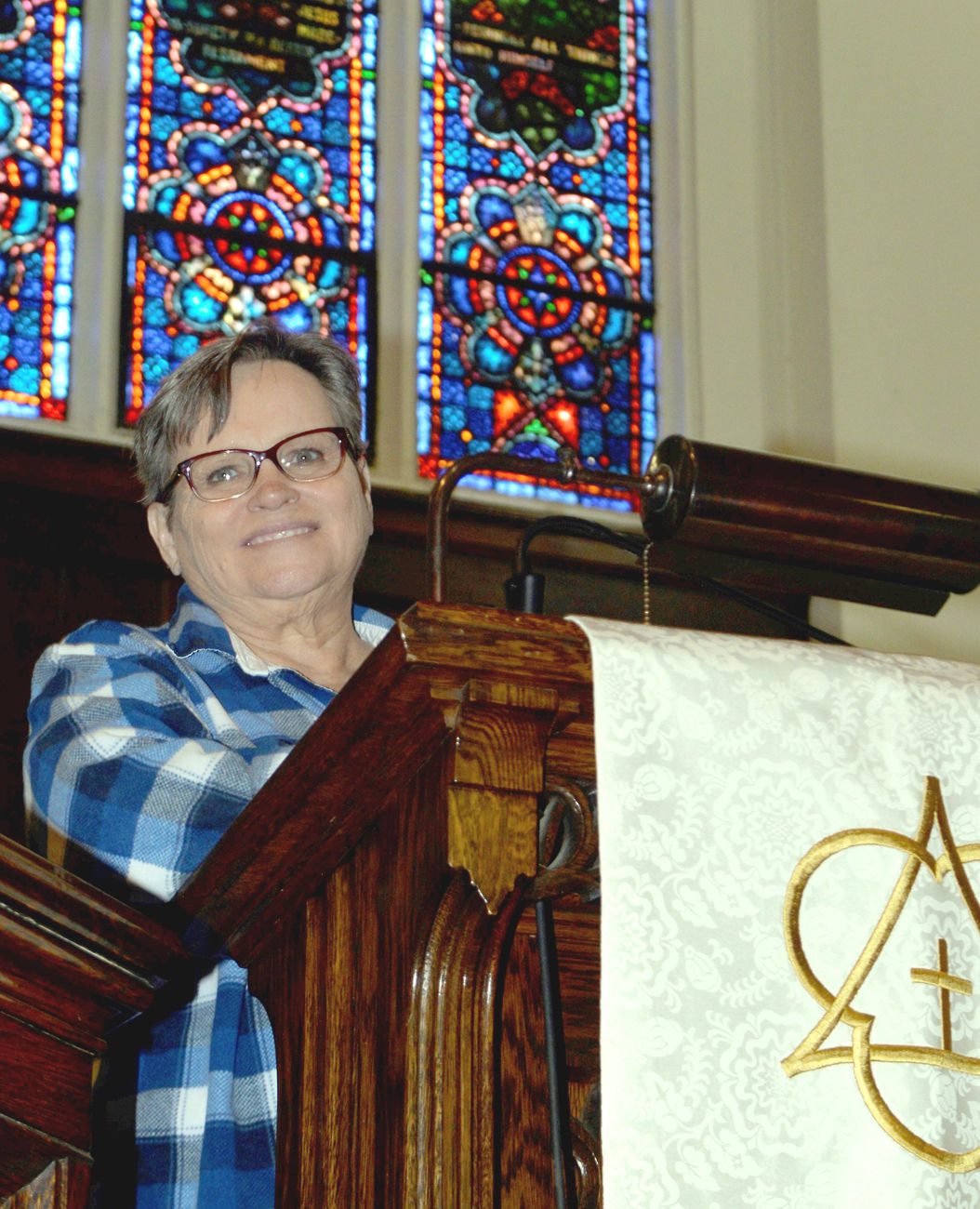 The Rev. Bev Roscoe stands at the pulpit of Calvary United Methodist Church in Uniontown. She said churches are facing a “perfect storm” as congregations grow older and a cultural shift keeps younger generations busy on Sundays. 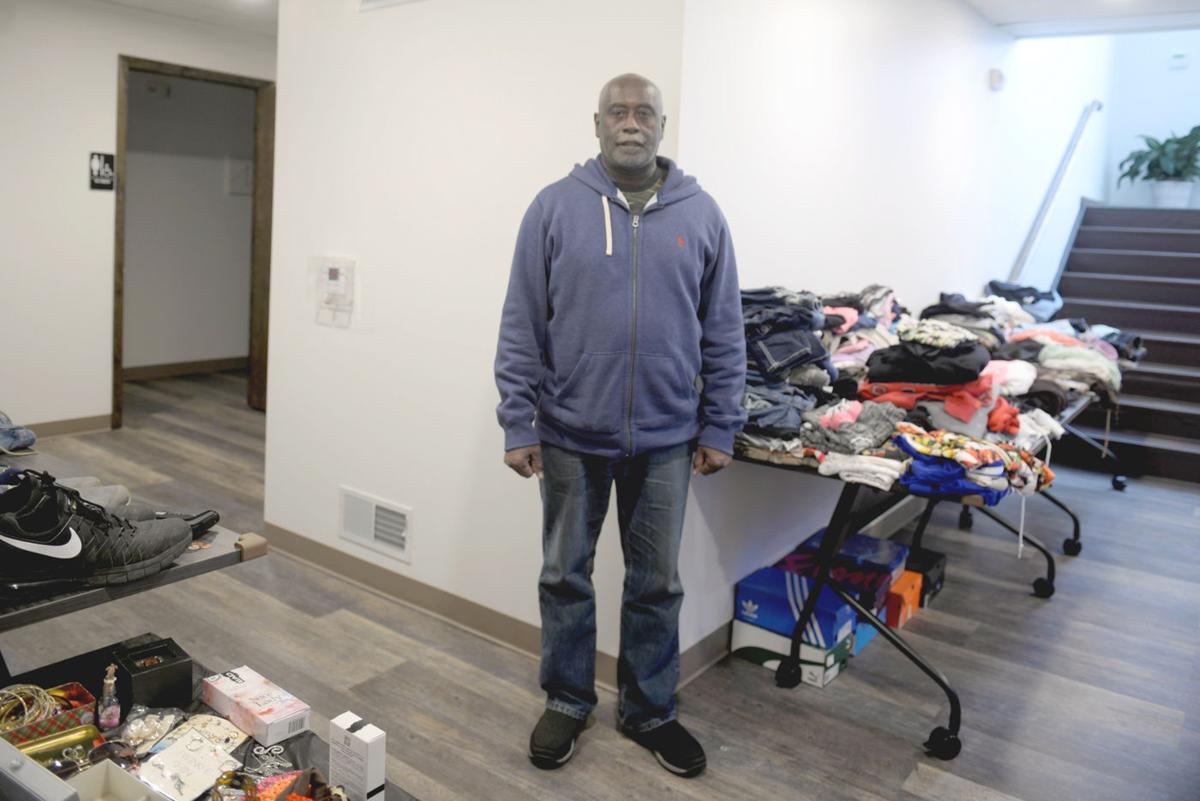 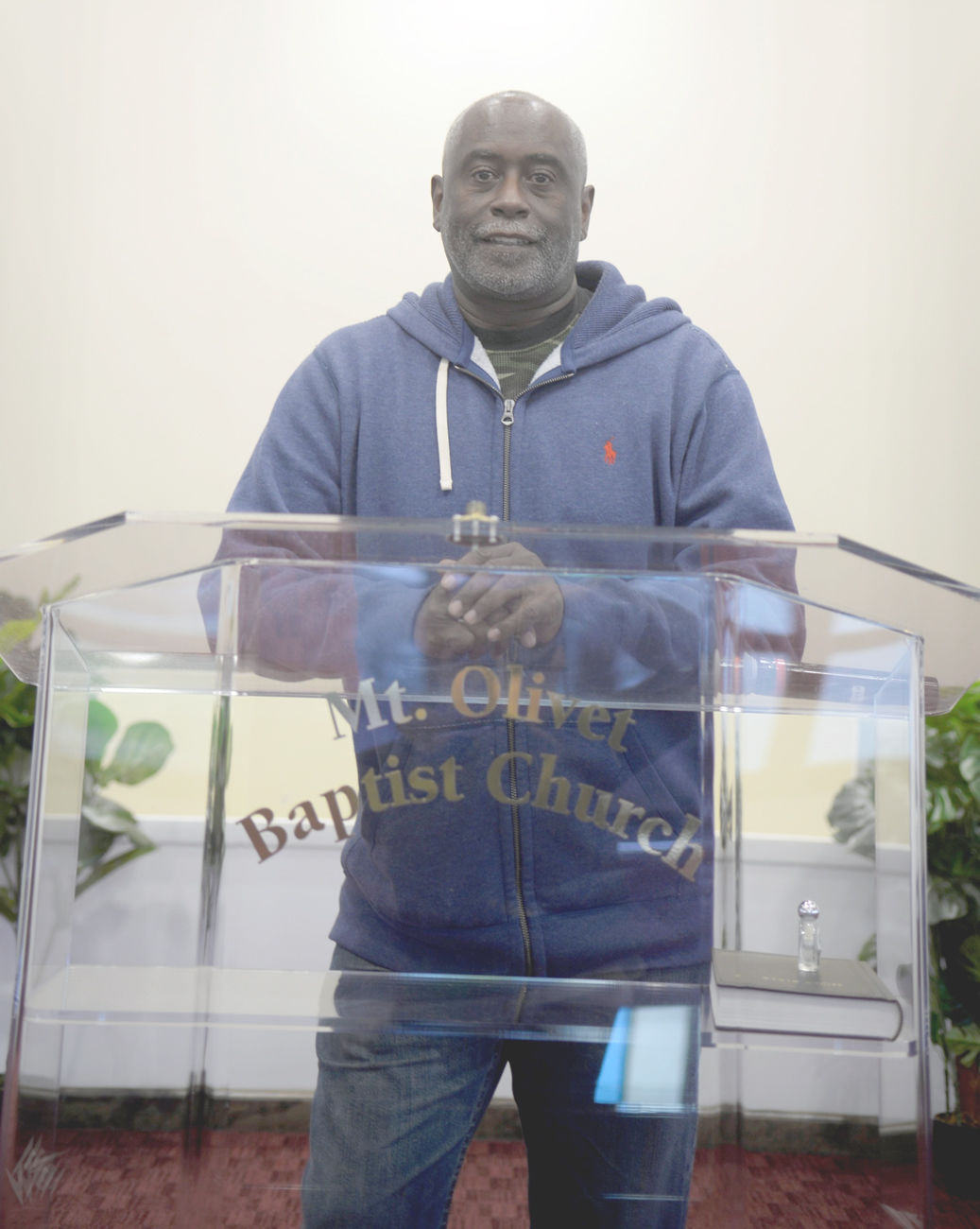 The interior of the shuttered St. Thomas Aquinas Church in California Borough

Editor’s Note: This is a final of a three-part monthly series done as a partnership with the Observer-Reporter newspaper in Washington, Pa.

The doors of Mount Olivet Baptist Church in Uniontown’s East End were open on Thanksgiving as community members poured in for dinner and to shop for free at pop-up shops.

The Rev. Vincent Winfey Sr. spent the holiday with his family and church members serving dinner. Others donated clothes, toys, toiletries and jewelry for those in need. The outreach is just one of those hosted by area churches to give back to their communities. Still, congregants across the country are leaving all denominations of religion in record numbers.

“There’s a falling away because the church isn’t doing what they’re supposed to do,” he said. “They aren’t going to come just because your doors are open. You have to reach out.”

Mount Olivet is one of a few churches with growing numbers. Winfrey is also the moderator of the Youghiogheny Western Baptist Association, which includes churches in Fayette, Greene, Westmoreland and Washington counties. Many of the churches in the association are losing congregants.

Across most denominations in Fayette, Greene, Washington and Westmoreland counties, the numbers of congregants dropped and churches across denominations were shuttered between 1980 and 2010, according to data from the Association of Religion Data Archives. Fayette County showed the sharpest dip, with a 47.3% loss in the 30-year time span. Numbers increased slightly in some denominations, including Assemblies of God and Southern Baptist.

The churches have three full-time pastors and two part-time lay ministers, saving on expenses, she said. She attributed much of the change in congregation numbers to a cultural shift.

“There was a time that life revolved around church on Sundays. Stores were closed. Businesses were closed,” she said.

Today, many people have responsibilities competing for time on Sundays. Youth sports include games on Sundays, and many people work.

“Church just became another thing thrown into the mix,” she said. “That’s where the onus comes on the church to be more valuable to society. We need to look outside of Sunday morning to show that we have something that can strengthen them throughout the week and make their lives more meaningful.”

The church once had 40 choir members, and now they have about one dozen. That led the church to join with Grace Brethren Church in Uniontown and First Baptist Church in Fairchance for its annual Christmas cantata. Multiple churches also join together for an annual Easter egg hunt. Churches offer Fijian services, and host mission trips to Fiji. The church has a Boy Scout troop, a food pantry, Vacation Bible School including VBS for children with autism, and pays for students to attend summer camp. Calvary has an active youth group with nine members and a growing children’s ministry with 15 children. Calvary also hosts a preschool, which draws children from outside the church.

“Some of them don’t have a church at all, but now they have a relationship with a pastor,” she said.

Winfrey said many times, adults join the church because of their children. Growth requires young people, he said.

“I love to hear babies crying,” he said. “I just turn the mic up a little bit.”

The church has about 300 members, and rebuilt its building last year to hold more people.

“We couldn’t hold everyone,” he said.

Winfrey teaches classes to other pastors on how to draw members. In addition to people having more demands on their time, he said people are put off by more traditional approaches to church.

“Religion has changed from what it used to be. You have to learn how to reach out to everyone. Before, in religion you stuck with your own color. You showed up in a suit. Now, you come with whatever you’ve got on,” he said. “A lot of churches stick to that old thing and they’re dying. You have to let people come as they are.”

The church also draws congregants from outside Uniontown and from many denominational backgrounds. They host revivals, which include pastors and churches from multiple denominations. The church opens its doors for community events, including Martin Luther King Jr. Day events. In the summer, the church brings in food trucks, and they host outreaches throughout the year.

During a recent outreach, he said congregants evangelized to people in the community for one day. Thirty people either joined the church or the faith, he said.

The future of the Catholic Church

Dr. Nancy Shaffer, a professor of philosophy at California University of Pennsylvania, said that people leaving churches does not represent a loss in faith.

“I think the spirituality is still there,” she said. “That’s not disappearing. It’s just the way we express it that’s disappearing.”

Widespread sexual abuse in the Catholic Church resulted in a sharp dip in parishioners.

“People are disgusted with the humans rather than with God,” she said. “It forces people to recognize that even churches are human institutions.”

She said she has heard people saying they no longer go to church, but not that they no longer believe in God. She acknowledged that could be different for those who were victimized by a clergy member. There are many theories on the future of the Catholic Church, such as “decapitating” the institution and removing the pope, and making the Church more denominational like the Presbyterian church.

“The Catholic Church just has so much power and so much money, I don’t think we’ll see the destruction of that in the near future,” she said.

The problems could be solved with transparency and accountability, she said. The church has faced blows to its reputation before, including reports of financial mismanagement and money laundering.

“Scandal is nothing new to the Catholic Church,” she said.

Dr. Lawrence Stratton, who is a Presbyterian Church U.S.A. minister and an associate professor at Waynesburg University, said religion has lost its appeal to people for reasons that are sometimes tragic.

“I would hope that, despite the variety of reasons that people might have for not going to church, they would not close their minds to faith completely,” he said.

Shaffer’s focus of study is on religion in the Middle Ages, a time when belief in God, heaven and hell was assumed. Religion was a part of everyday life, while in modern society, people must carve out time for religion.

Stratton said many people are “more religious than they are willing to admit.” Some people say they have no religion, but speak about their family’s religious traditions. Many people contact the church during a time of need, he said.

“Most people, when you really push them, they might not belong to an actual church, but they believe in some sort of an absolute. They believe there is something more than what’s in front of them right now,” she said. “I think people may be leaving institutionalized religion, but I don’t think they’re leaving religion and spirituality in general.”

A spate of Catholic church closings have preservationists concerned about them becoming blight.

Editor's note: This is the last in a series about the challenges facing the Catholic Church.