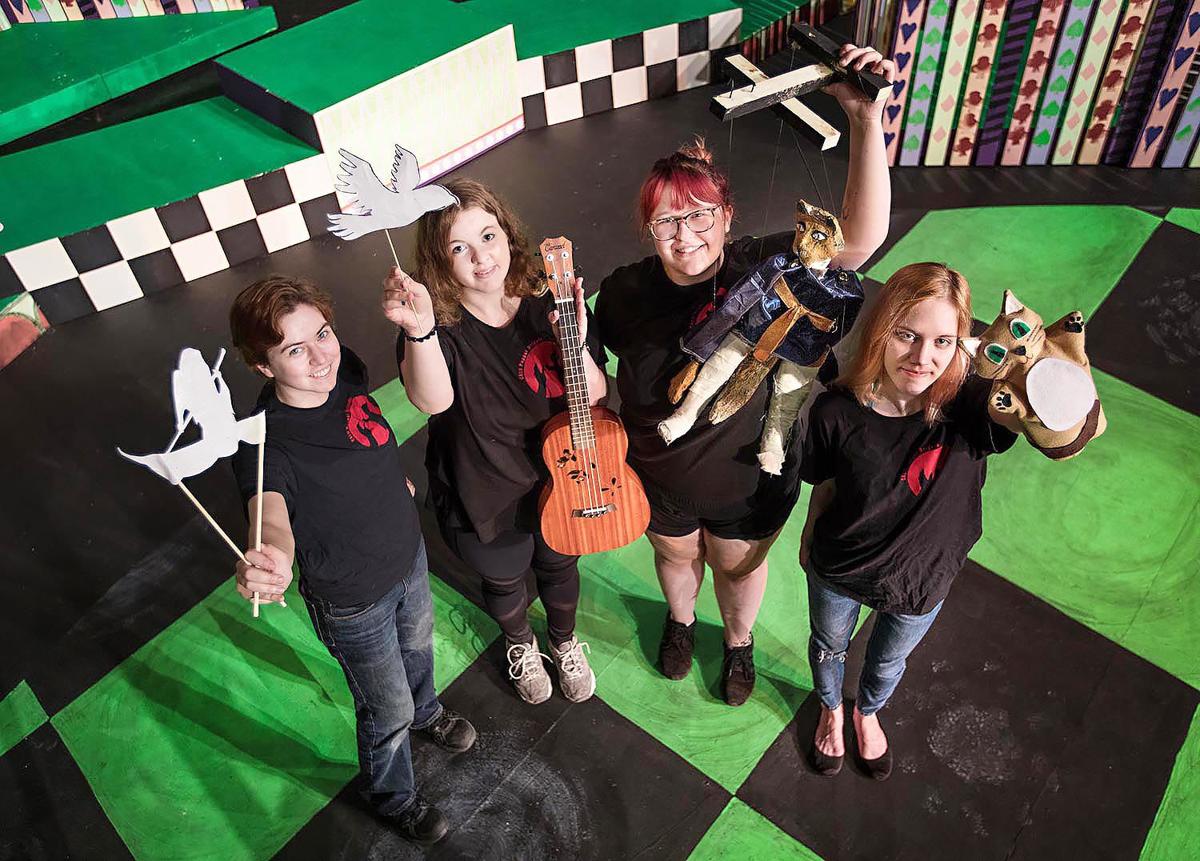 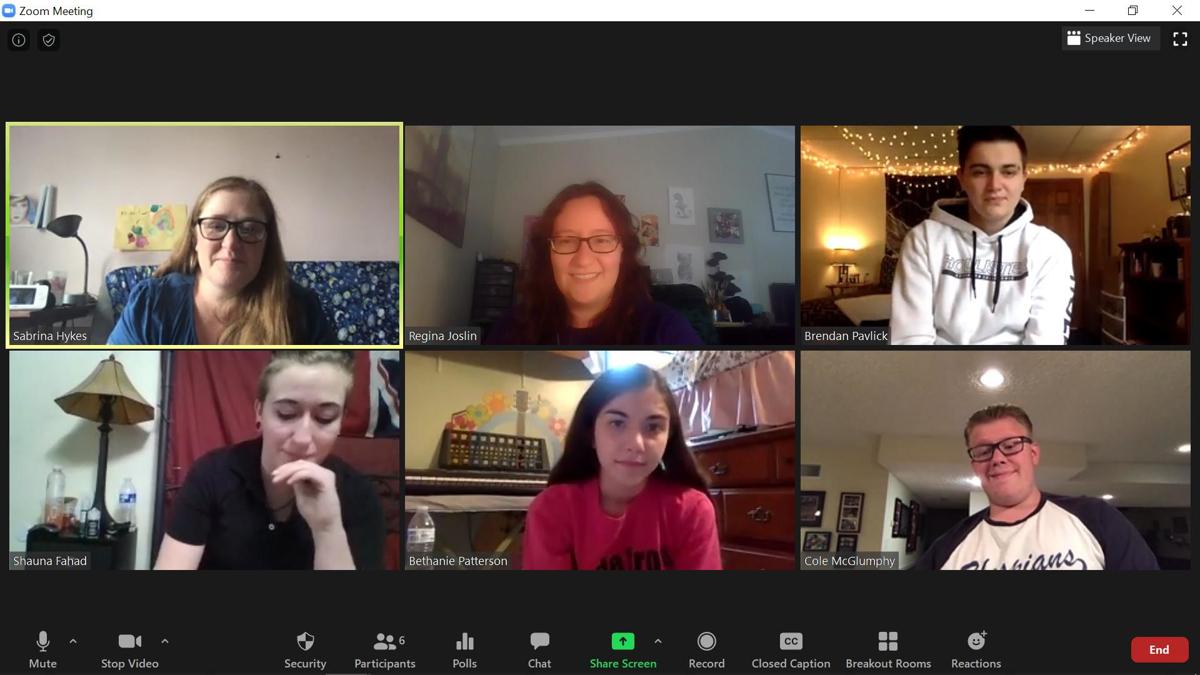 Members of the Puppet Brigade consisting of students and instructors with Sabrina Hykes-Davis’ puppetry class at California University of Pennsylvania, hold a Zoom meeting to discuss this summer's schedule for the puppet shows, which are taking place online instead of in person due to COVID-19 restrictions. They are (from top left) Hykes-Davis, graduate assistant Regina Joslin, students Brendan Pavlick (from bottom left) Shauna Fahad, Bethanie Patterson and Cole McGlumphy.

Members of the Puppet Brigade consisting of students and instructors with Sabrina Hykes-Davis’ puppetry class at California University of Pennsylvania, hold a Zoom meeting to discuss this summer's schedule for the puppet shows, which are taking place online instead of in person due to COVID-19 restrictions. They are (from top left) Hykes-Davis, graduate assistant Regina Joslin, students Brendan Pavlick (from bottom left) Shauna Fahad, Bethanie Patterson and Cole McGlumphy.

Theater students are seizing an opportunity to gain a larger audience for their annual puppet performances by putting it online following COVID-19 restrictions.

The Cal U Puppet Brigade, the creation that came from students in Sabrina Hykes-Davis’ puppet class, has been entertaining audiences of children between the ages of 3 to 5 at libraries and day-care centers for the past two years.

Hykes-Davis, an assistant professor in Cal U’s Department of Music and Theatre, said she offers the Puppetry Brigade every other year in the department, usually as a group project where the students create a show from beginning to end and then perform the show for an audience.

“One of the shows was really good, from the quality of the puppets to the character voices one of the students had developed,” Hykes-Davis said. “I decided to check with some libraries to see if any of them would host the show and they all said yes.”

Hykes-Davis said the first year’s shows were so well received, the libraries asked for the group to come back for a second year.

However, in a response to COVID-19, the third year for the shows are going to be posted on the Cal U Theatre Facebook page on June 22, July 13, July 27 with the first show posted on June 8.

“While we do have some things to work out, I think it went well,” Hykes-Davis said, adding that producing work where none of the participants can be in the same room has been challenging along with technology issues coming up that truly made it a learning experience for those involved.

For Hykes-Davis, the process has made her value the face-to-face aspect of performing in front of an audience.

“When we present work to our audiences in a traditional setting, we can hear them laugh, gasp and clap,” she said. “I have been working off this type of feedback my whole career and sending the show out via Facebook where I have no idea if the kids liked it or not is maddening.”

No matter if it’s in the face-to-face world or the virtual world, the students involved in the show have the opportunity to learn everything from management goals to a better understanding of the conventions of script writing to learning how to communicate better through drawing.

The students are getting practicum credit for their participation and part of the requirement is to create three goals and a plan to meet those goals over the course of the project.

“The main thing is that they understand is that there is a process to creation,” Hykes-Davis said. “No matter which role they are in, they have to come to an understanding of what the requirements and challenges of their job are on each show and then set about addressing them through research, drawings or drafts, receiving and applying feedback and self-reflection.”

Hykes-Davis said the three remaining shows will follow the theme of Misunderstood Monsters featuring creatures who are presumed dangerous and scary until the humans get to know them.

“The shows are meant to help little kids with the idea of acceptance and getting to know others before we judge them,” Hykes-Davis said. “They will all feature original scripts, music, and fun puppets and will all be accompanied by activity guides.”

The printed packets of the activities were funded by a grant from Cal U’s Faculty Professional Development Center and are being distributed through the Grab N Go Meals program in the California Area School District.

Hykes-Davis said If anyone is interested in packets, they can email her at hykesdavis@calu.edu.

To view the past show and upcoming shows, visit facebook.com/CalUTheatre