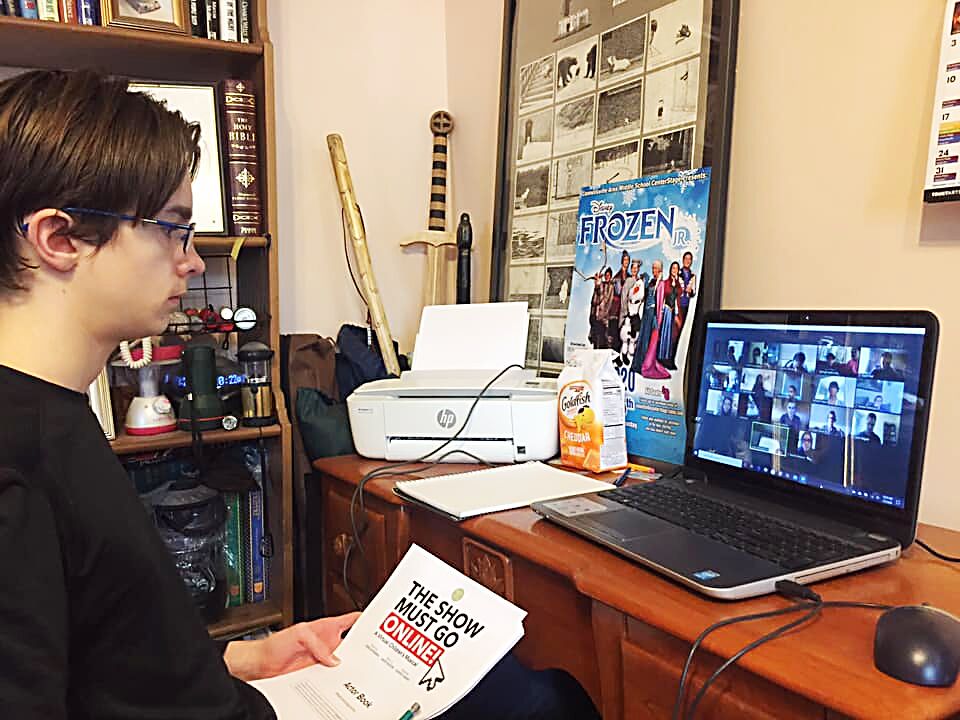 Eddie Stephenson of Connellsville prepares for "The Show Must Go Online," which premiers online through Facebook on June 12. 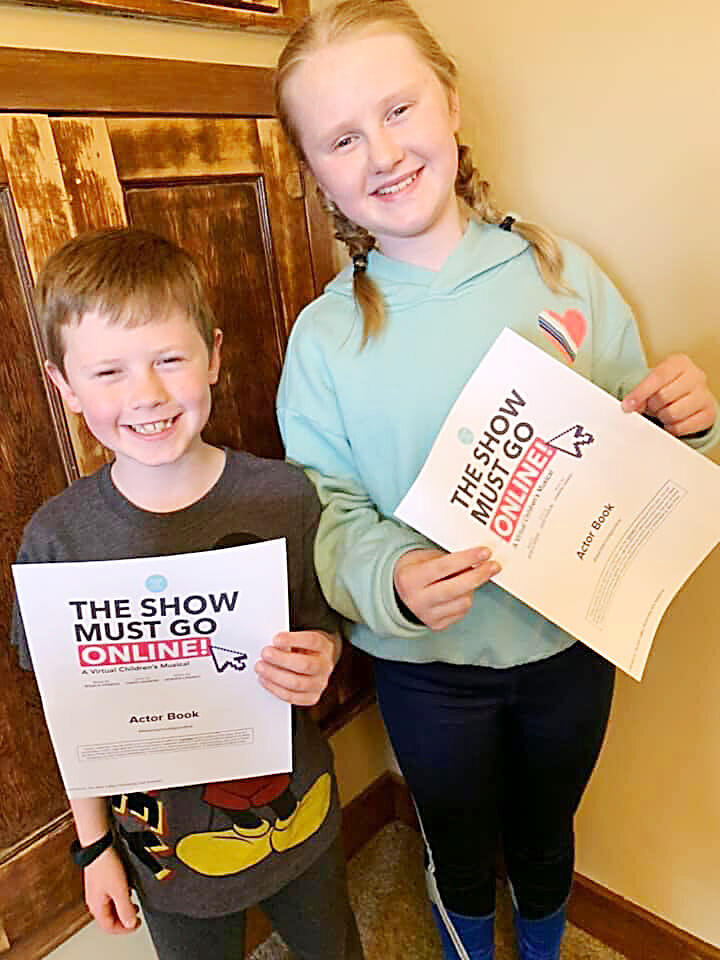 Ian Grodz, 9, and Ally Grodz, 12, of California prepare for "The Show Must Go Online" which premiers online through Facebook on June 12. 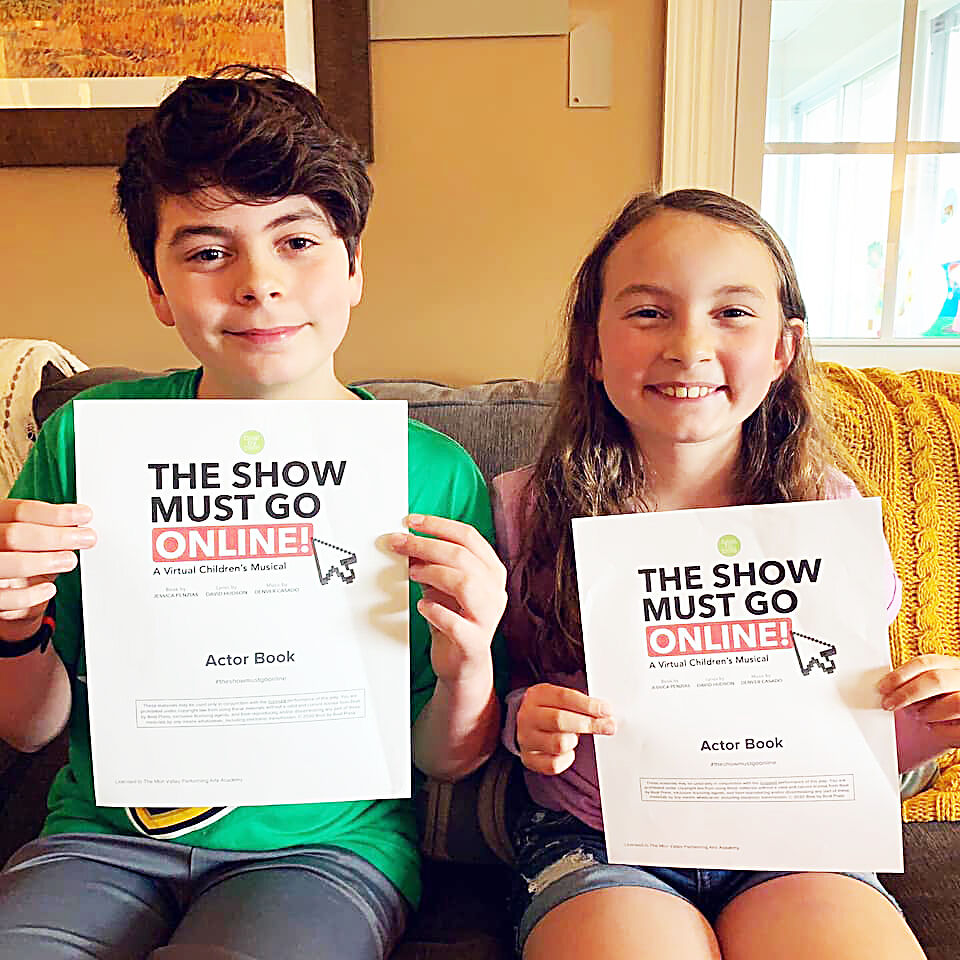 Holden Kelly, 11, and Eva Kelly, 8, of California prepare for "The Show Must Go Online," which premiers online through Facebook on June 12.

Eddie Stephenson of Connellsville prepares for "The Show Must Go Online," which premiers online through Facebook on June 12.

Ian Grodz, 9, and Ally Grodz, 12, of California prepare for "The Show Must Go Online" which premiers online through Facebook on June 12.

Holden Kelly, 11, and Eva Kelly, 8, of California prepare for "The Show Must Go Online," which premiers online through Facebook on June 12.

A group of students from the Mon Valley Performing Arts Academy's Summer Experience turned their reality with the coronavirus pandemic into art in a show debuting online at 7 p.m. Saturday.

"The show is the COVID experience we've been going through," said Dr. Michele Pagen, the academy's director and co-chair of Cal U's Music and Theatre department.

Each year, California University of Pennsylvania hosts students ages 8 to 15 in an intensive theater camp, concluding with a musical. With all on-campus activities cancelled due to the coronavirus pandemic, Pagen discovered a virtual play called "The Show Must Go Online."

"It's been really fun to see what they bring to the table," Pagen said of the students.

Academy students sent in audition videos, and Pagen and 19 students got to work, along with John Wagner from the academy, graduate assistant Kayla Grimm, Cal U students Destiny Cumberland and Christina Bordini and virtual production stage manager Brendan Pavlick. They met by video on Zoom and students were given direction such as lighting, choosing a room for filming and finding props around the house, sometimes incorporating pets and family members.

The play opens with a teacher meeting with her students on Zoom and telling them their show was cancelled. She accidentally leaves the video on during a call with the principal, who tells her the drama club would likely be closed. The students then band together to find a way to save the club.

Pagen said the students formed a bond even online. They have incorporated team-building activities into their lessons, such as drawing a picture of the student to their right on Zoom and having the students guess who it is.

"They really had lost out, so having this experience, although different was great," she said.

She is planning a wrap-up party for the students when they are permitted to gather in person.

Pagen said they usually have 35 to 40 participants, and some parents were concerned about their children becoming exhausted with the abundance of online teaching after having their regular classes moved online.

"They're screen tired. Having to learn in an online environment is way different from face to face," she said.

But as for the students who participated, Pagen said, "They love it."

"It’s a crazy two weeks, but it's fun for everyone. It's high stress of the best kind, because you get to see everyone doing what they love, all together," she said.

She said it has been beneficial for both the adults involved and the students to have the opportunity to focus their creative energies in a positive direction. Pagen said it has been hard for both elementary students and college students who were unable to participate in musicals, some who were prepared to shine in breakout roles. A production for "Into the Woods" was already set up on the stage at Cal U and ready to go in two weeks. She said it is surreal to see the set remain onstage, complete with ladders and props.

"It's just weird that it's just abandoned, and that’s hard," she said.

Still, the students are grateful for the opportunity to showcase their talents virtually, she said.

"It was heartbreaking for so many who put in so much time, and while they’re disappointed to not get the traditional Summer Experience, they’re excited to have this experience," she said.

To watch the performance, visit the Cal U Theatre or MVPAA Facebook pages.