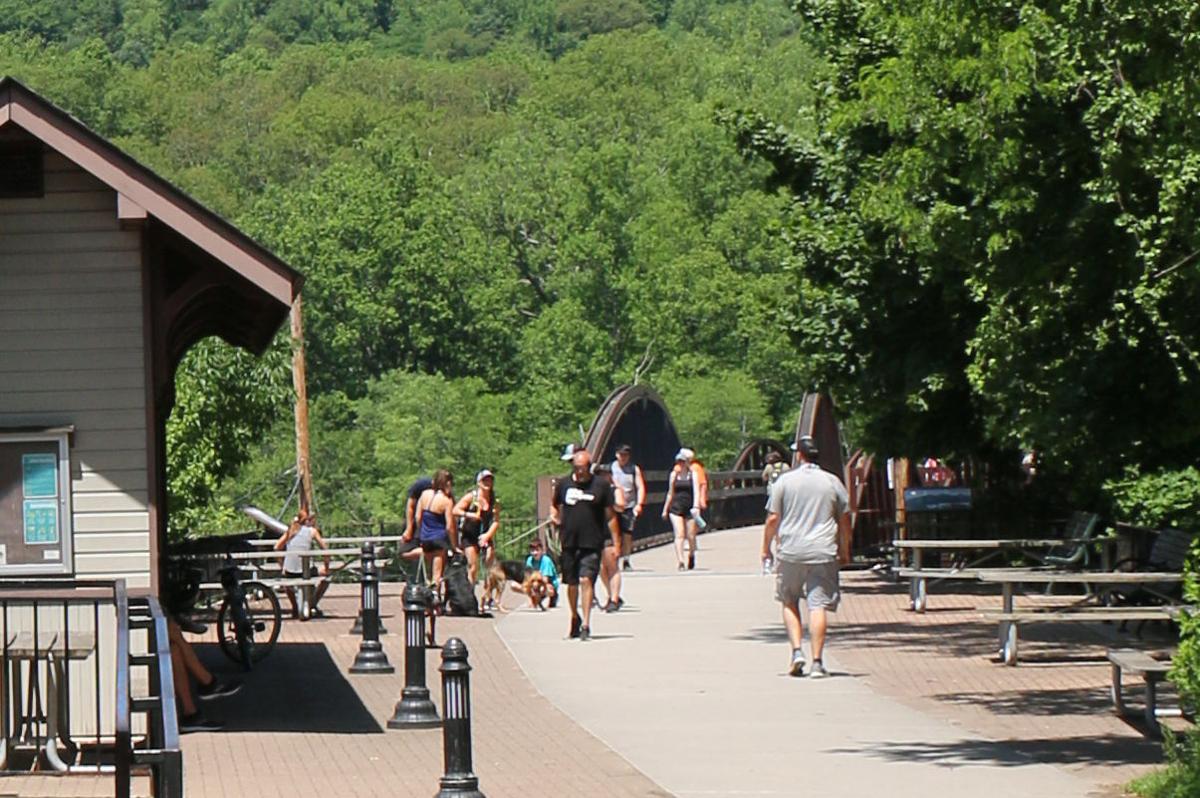 Visitors walk along the Greater Allegheny Passage and onto a converted train trestle that crosses the Youghiogheny River in Ohiopyle State Park. 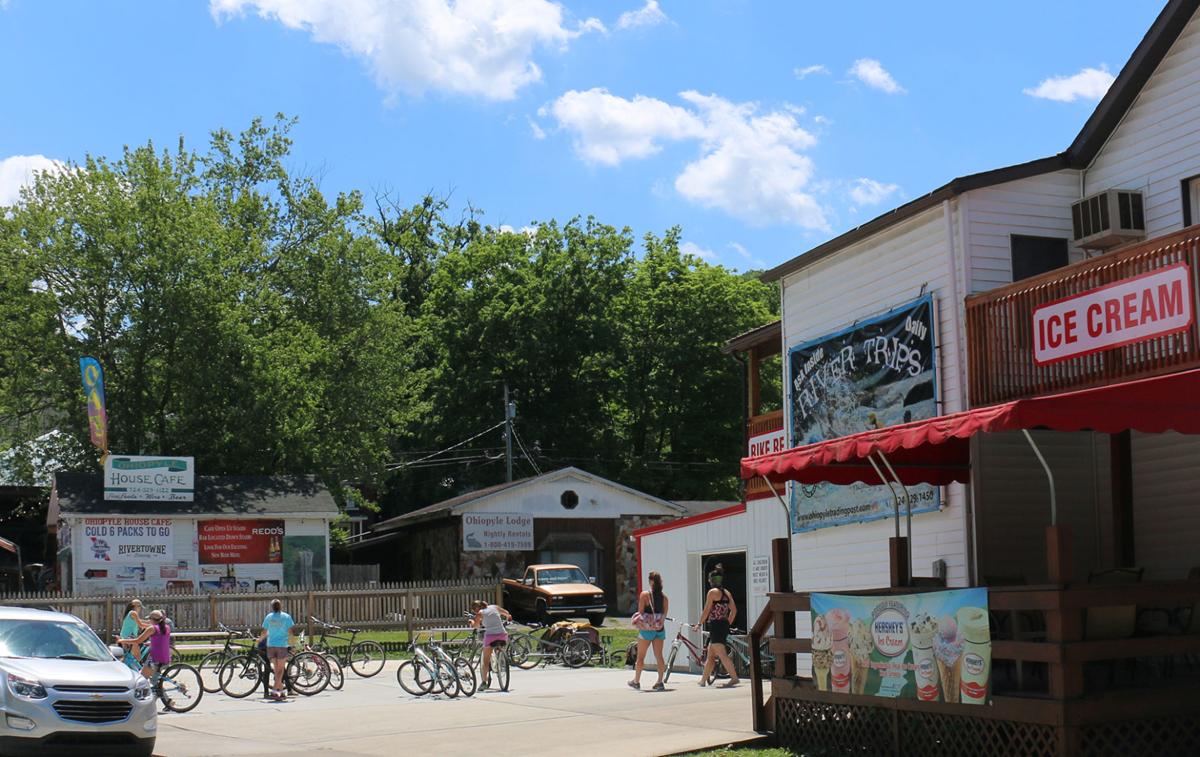 Visitors walk along the Greater Allegheny Passage and onto a converted train trestle that crosses the Youghiogheny River in Ohiopyle State Park.

A local state park saw a record number of visitors during COVID-19, as outdoor activities became the go-to thing for people who needed to get out — especially when many recreational spots were still closed.

“People were really valuing getting into the outdoors,” Bisbee said, adding that attendance was 67% higher this May than last May.

But Bisbee said so many people felt the need to go outdoors that the parking lots at the park were filled to the point they were getting phone calls concerned over social distancing.

However, Bisbee checked and found that people had gathered, but dispersed to enjoy nature while keeping a respectable distance.

During the shutdown, Bisbee said essential staff remained, with most of the staff coming back by the beginning of May.

Parts of the state park facilities also slowly reopened like the restrooms, the campground and, most recently, an exhibit area in the visitor’s center, which opened Friday.

The exhibit area was the last feature to open following the shutdown order. Bisbee noted, however, that the train station along the bike trail will not be staffed by members of the Laurel Highlands Visitors Bureau and the park’s amphitheater will likely remain closed for the season.

Along with those changes, Bisbee said large events like the Music in the Mountains Festival and Over the Falls have been canceled, and the Pittsburgh Three Rivers Run will now be virtual.

Even though Bisbee said they’re back to allowing weddings and small events at the park, officials are trying to be careful, asking everyone to observe social distancing, wear a mask inside the buildings and follow all CDC guidelines.

“We normally have 1.3 million visitors a year,” Bisbee said, adding that even though those passive recreations like biking and hiking continue to be way up, activities like whitewater rafting are way down.

Eric Martin, the owner of Wilderness Voyageurs in Ohiopyle said his company’s bicycle sales had gone through the roof during COVID-19, which didn’t shut down his business as they were deemed essential.

“There’s been plenty of use of the bike trail all spring — more use than normal,” Martin said. “It’s a good thing — getting out, being healthy and moving around.”

However, Martin said, the whitewater rafting part of the business is lagging behind as people are concerned about sharing a raft with others.

Martin said on the rebound is the family section of the Youghiogheny River in Ohiopyle, which is called the Middle Yough, where rentals of kayaks and canoes are doing well for a wide range of ages.

Martin said he’s also seen a rise in new, local customers not wanting to travel too far as well as an increase of returning customers that he hasn’t seen in years.

“They feel good about us, so they’re coming back,” Martin said. “There is a sense of safety and security for them here.”

The uptick in bicycle use has also been evident on the Great Allegheny Passage (GAP), which connects Pittsburgh to Washington, D.C. Connellsville is one of the trail towns the GAP passes through.

City Mayor Greg Lincoln said the GAP has turned into a huge revenue source for businesses throughout the city.

“Driving through most days seeing bikes parked in front of our businesses is an amazing sight to see,” Lincoln said. “The more businesses that open that are trail friendly the better for the city.”

“This is where we could exercise, get some fun safe outdoors time with my wife and family,” he said. “It was so nice to see whole families out and spending time together.”

The recreation and the economic benefits are why Lincoln pushes the community to support the volunteer-run Yough River Trail Council, which maintains 25 miles of the trail.