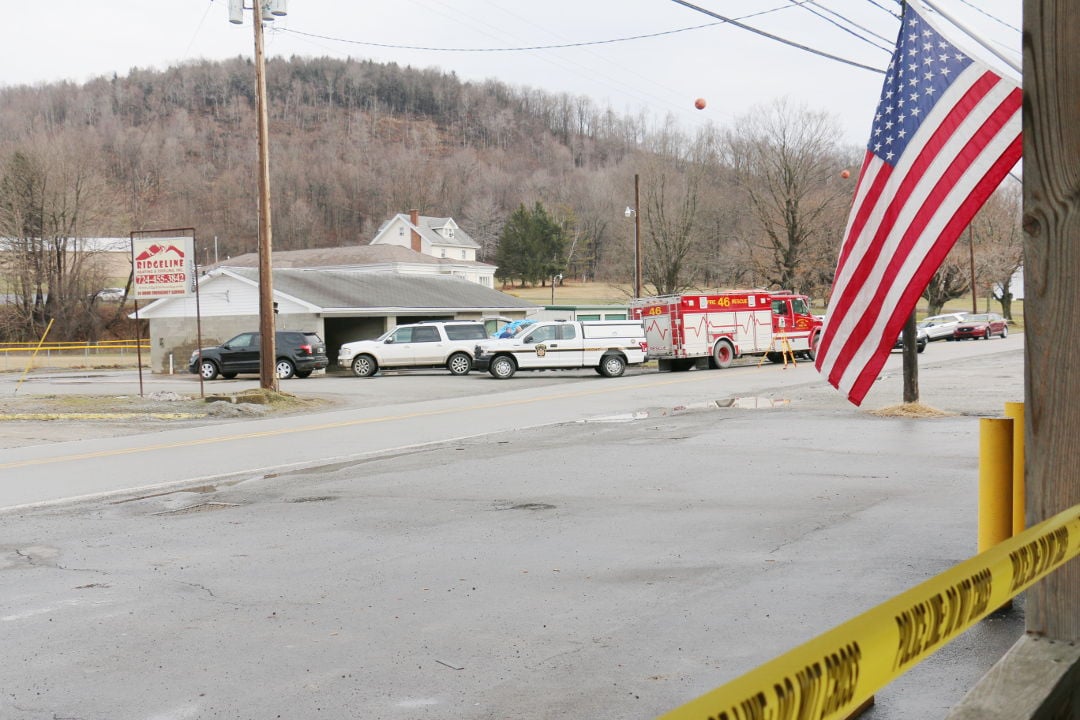 State police investigate the scene of a shooting in Melcroft, Fayette County, where four people were killed early Sunday morning. 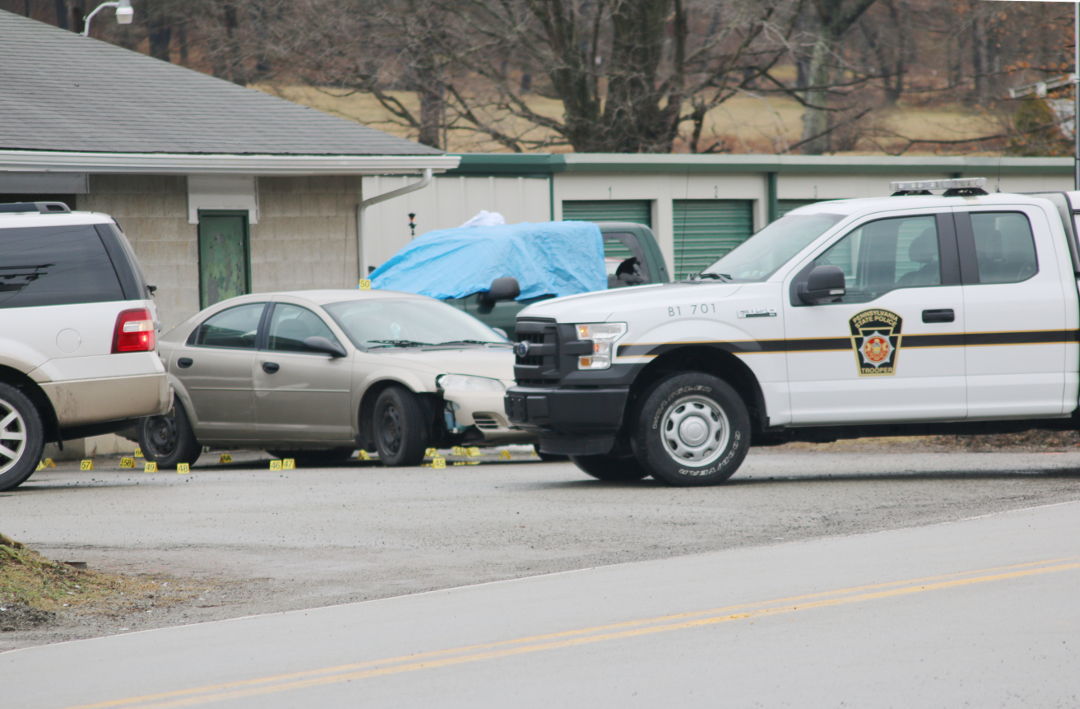 The vehicles apparently involved in a shooting are shown along with several shell casing flags. 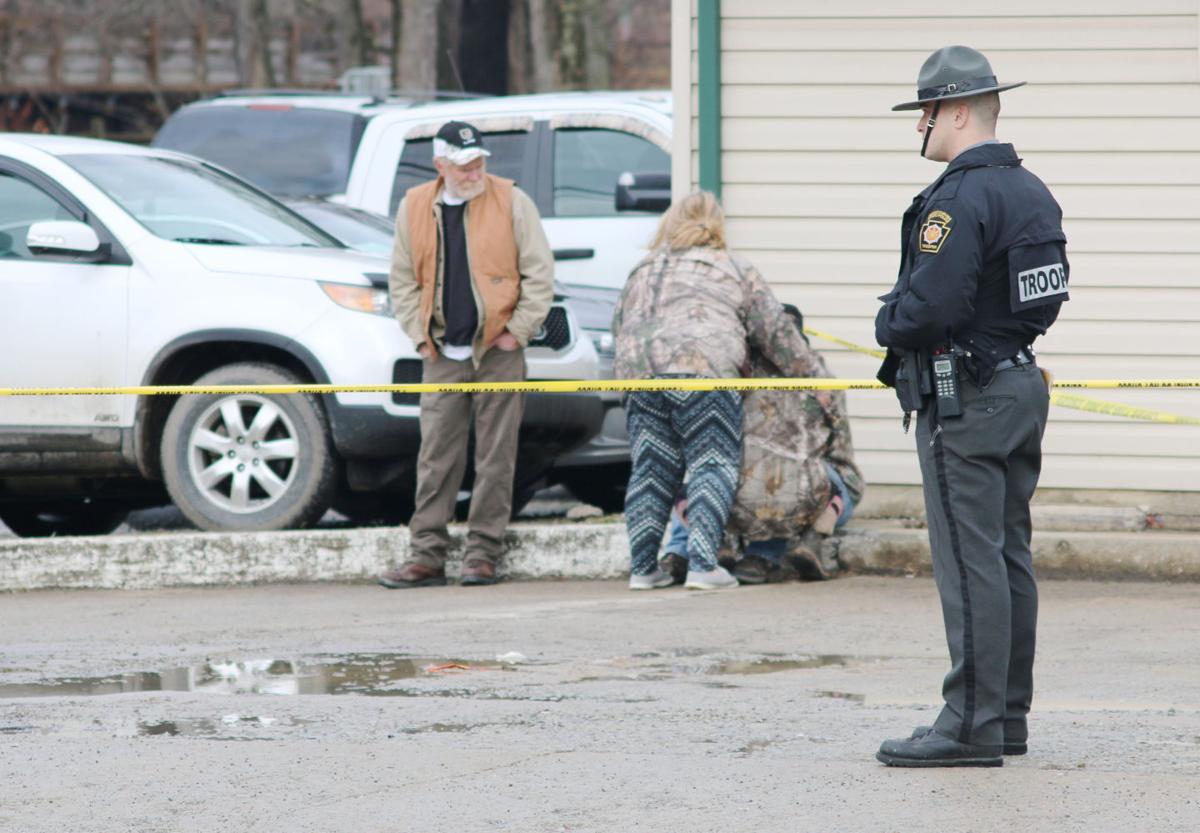 Family members of the deceased comfort each other at the scene of the shooting Sunday. 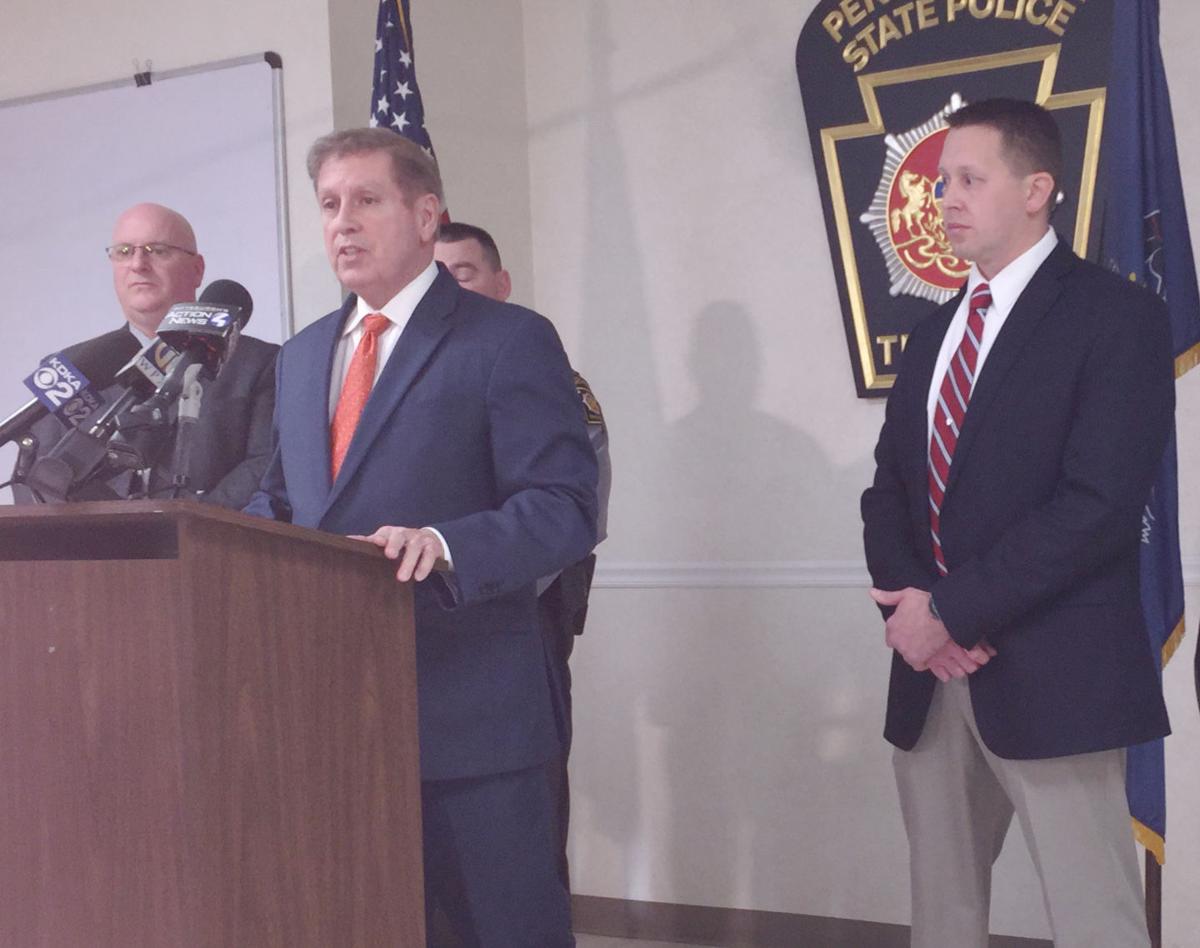 State police investigate the scene of a shooting in Melcroft, Fayette County, where four people were killed early Sunday morning.

The vehicles apparently involved in a shooting are shown along with several shell casing flags.

Family members of the deceased comfort each other at the scene of the shooting Sunday.

Authorities confirmed that four people were killed in a shooting in Melcroft, Fayette County early Sunday, and said the man who shot them is in the hospital with a gunshot wound the to the head.

District Attorney Rich Bower said Smith, wearing a body armor carrier without the ballistic panels inserted, shot the four in their vehicles after they arrived at the car wash. Police said Smith was armed with an AR-15 semiautomatic rifle, a 9mm handgun and also possessed a 308-caliber rifle.

A woman in her early 20s who police did not identify was in the backseat of the truck that Snyder and Seth Cline were in and took cover when the shooting started, Bower said, adding that she is in an undisclosed area hospital with minor injuries from breaking glass. Porterfield and Chelsie Cline came to the car wash in a separate vehicle, police said.

Smith, police said, is believed to have arrived prior to all of them, and parked on the side of the car wash.

Authorities said they are still trying to piece together just how everyone involved is connected, and stressed the investigation is ongoing.

"(This was) a horrible and senseless event," Bower said.

Earlier today, police reported that five people had died in the shooting, initially counting Smith among the dead. Bower said during a press conference this evening that Smith is not expected to survive, noting that police are working to determine if his gunshot wound was self-inflicted.

“We still have a lot of data to collect, cellphones to download, some more interviews,” Barni said.

Officials declined to reveal where the victims were from.

“We don’t have confirmation on what led to this,” state police Trooper Robert Broadwater said.

Police had cleared the car wash by early Sunday afternoon, but the shooting was a topic of discussion at the checkout counter and deli of G&D Market directly across the road.

Debbie Bennington, a deli worker at G&D Market, said that store traffic had increased Sunday because of curiosity about the shooting, telling a patron at one point that she and other workers had no information about what had happened.

“We’re all shocked,” said Bennington, a Melcroft resident who said she couldn’t remember any tragedy of this magnitude happening in the community before.

The shooting is the deadliest in Fayette County in recent memory.

Edwards was convicted of first-degree murder, and sentenced to death. His sentence was later changed to life in prison after his attorneys successfully argued that he was intellectually disabled, which made him constitutionally ineligible for capital punishment.