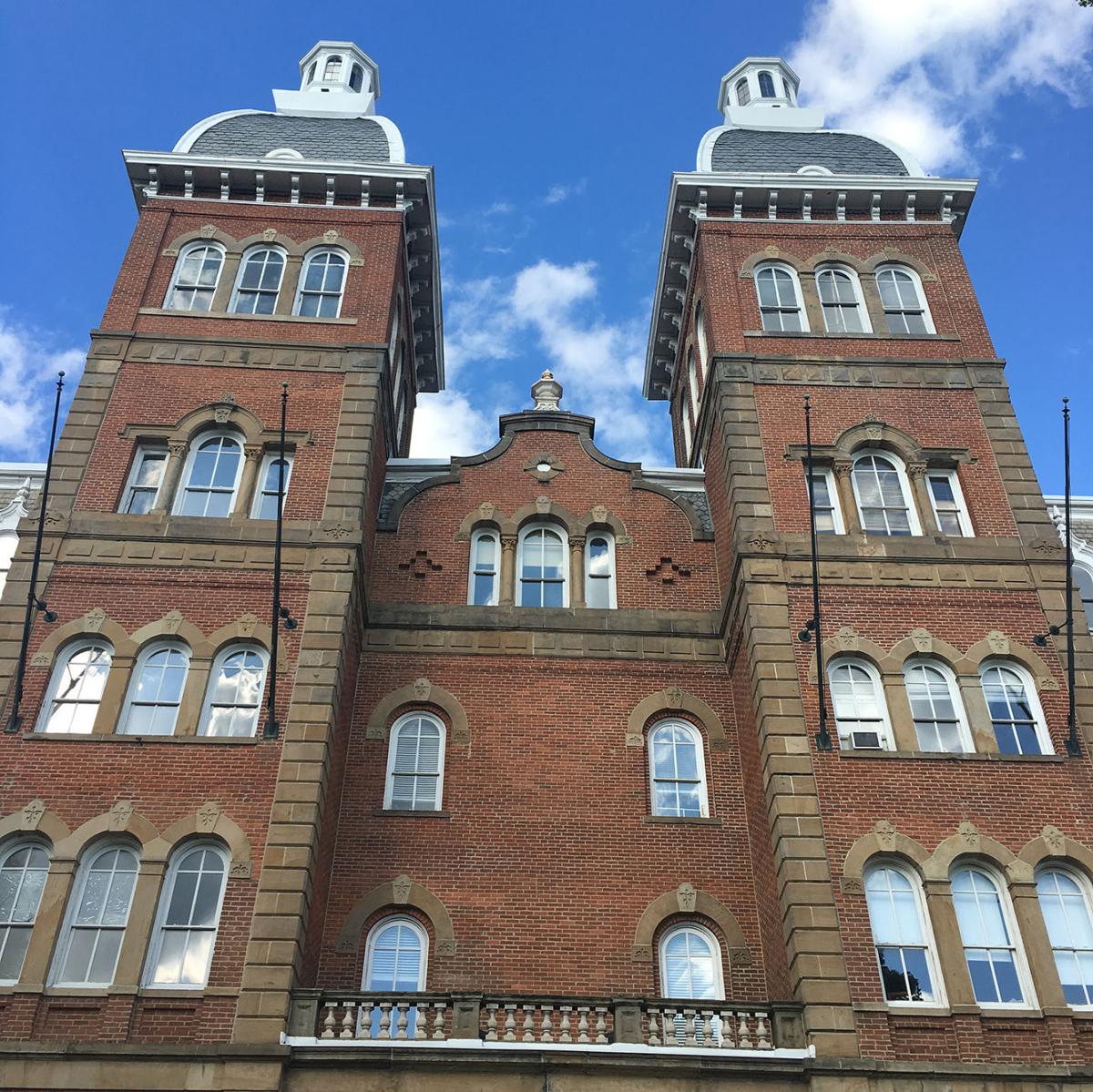 Old Main, Washington & Jefferson College’s main academic building, is pictured on campus in Washington. The college reported the highest number of rapes in 2014, compared to three other area schools, although victim advocates say that data is likely skewed. 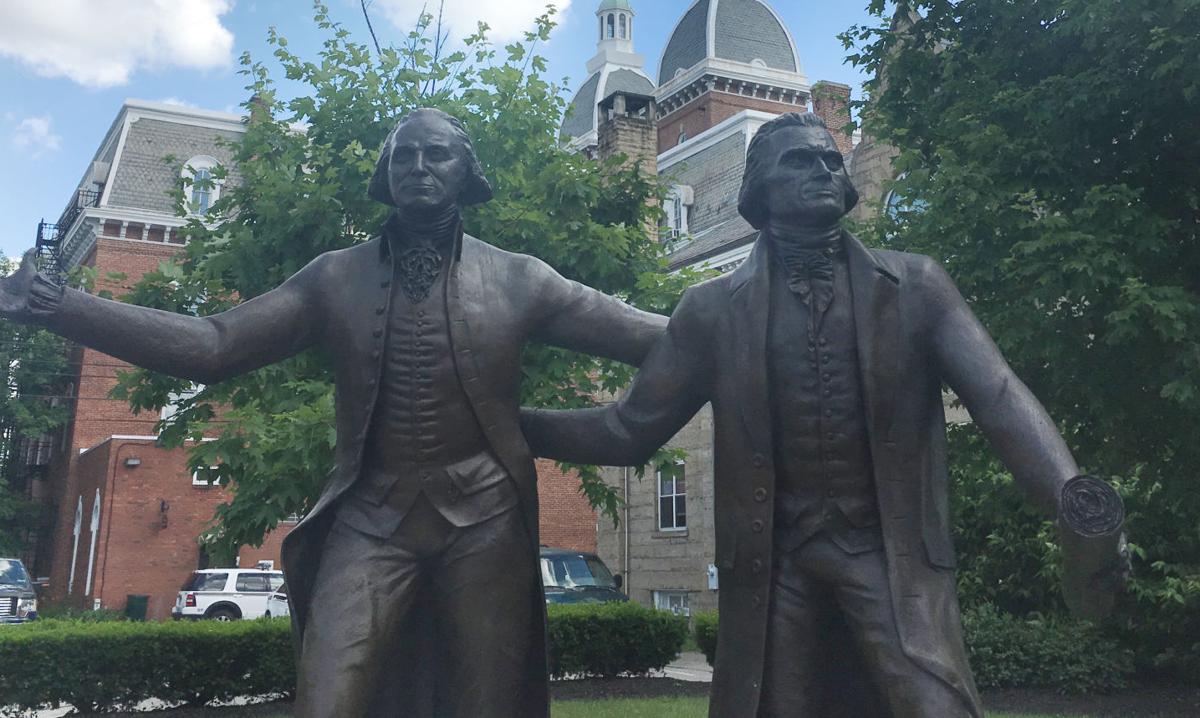 Statues of George Washington and Thomas Jefferson, the namesakes of Washington & Jefferson College, stand on the Washington campus. The college reported the highest number of rapes in 2014, compared to three other area schools, although victim advocates say that data is likely skewed.

Old Main, Washington & Jefferson College’s main academic building, is pictured on campus in Washington. The college reported the highest number of rapes in 2014, compared to three other area schools, although victim advocates say that data is likely skewed.

Statues of George Washington and Thomas Jefferson, the namesakes of Washington & Jefferson College, stand on the Washington campus. The college reported the highest number of rapes in 2014, compared to three other area schools, although victim advocates say that data is likely skewed.

Four area colleges and universities recorded a total of 11 reported rapes in 2014, though victim advocates say the reports paint an unclear picture of sexual violence.

“My opinion is that many rapes go unreported and that those numbers are very skewed,” said Jennifer Melnick Carota, a licensed counselor and owner of The Counseling House in Belle Vernon. “Many studies have shown sexual violence to be an under-reported crime.”

According to the Rape, Abuse & Incest National Network, about 11 percent of all students are raped or sexually assaulted, but only 20 percent of those report the rape to law enforcement.

Washington & Jefferson College in Washington documented the highest number of reported rapes in 2014 with seven complaints. The campus had a total campus population of 1,362 students, according to the Campus Safety and Security website. California University of Pennsylvania documented four reported rapes in the same year, with a student population of 7,978. Penn State University, The Eberly Campus in Lemont Furnace and Waynesburg University in Waynesburg documented 0 rapes for the year. None of the reported incidents resulted in charges filed, according to representatives at the schools.

Data is compiled on the website through the U.S. Department of Education. Colleges and universities submit reports of crimes in accordance with The Jeanne Clery Disclosure of Campus Security Policy and Campus Crime Statistics Act. Reports of rape are documented when an institution is made aware of an incident, officials said.

“Research shows there are a lot more victims out there that are not getting help,” she said.

Skobel said that in 2014, 22 students went to the center for sexual violence counseling services. Of those, 11 sought services for sexual offenses that occurred in 2014. Eight of those were reportable under the Clery act as forcible sexual offenses, though two of those occurred off campus and one incident was listed as “unfounded” after an investigation.

Washington & Jefferson College Director of Communications Erik Rueter said officials at the college were unable to verify the reports of rape. He attributed the college’s reported figures to students, faculty and staff understanding the importance of reporting sexual offenses.

“Colleges that report few or no incidents of sexual assault are likely operating in a culture of silence where victims do not feel comfortable or able to seek the help they need,” he said.

Neither of the area schools that reported 0 rapes in 2014 accepted interview requests. A representative at Penn State Fayette said she could not provide information without authorization from Penn State University. That authorization was not received before deadline, although the satellite campus was contacted two days in advance.

Waynesburg University spokeswoman Heidi Szuminsky released a statement saying the school follows federal Title IX procedures, an antidiscrimination policy which includes procedures for reporting and investigating rape and other sexual offenses. She said “a prominent, national law firm,” guides the school in establishing procedures in the case of a reported sexual offense.

“Students in such situations often don’t trust that anything will be done to help them and rationalize it’s better to just keep quiet without the social fallout,” she said.

According to RAINN, 20 percent of total alleged rape victims from 2005 to 2010 said they did not report the crime because they feared retaliation. Thirteen percent responded that they believed law enforcement would not, or could not, do anything to help.

Melnick Carota said that education and established partnerships between students, family, school staff and law enforcement is essential in reversing the trend in which students stay silent about assaults committed against them.

“Unfortunately I don’t believe that rape culture is changing,” she said, adding that peers should hold one another accountable instead of relying only on police. “Peers can no longer justify standing back and watching this dangerous dance when they see it happening at parties or social situations.”

Representatives at both Cal U and Washington & Jefferson said they work to educate both staff and students on a regular, ongoing basis.

Rueter said staff and new students are trained in Title IX reporting. The school’s Title IX staff participate in an annual certification program. He said first-year peer mentors receive additional training, along with student athletes and members of fraternities and sororities. He said that this year, student athletes signed the Division III “It’s On Us Pledge,” a commitment to recognize sexual assault and intervene.

“The object of this training is to create a strong code of ethics on campus so that, if and when the code is violated, students are empowered to take action in order to ensure that our campus remains secure,” he said.

Cal U follows similar procedures in training and Title IX procedures. The school also implemented the Green Dot Program, a prevention program that places the burden of preventing sexual assault on the campus community instead of on the victim, according to Skobel. An online list of colleges and universities indicates that Washington & Jefferson and Pennsylvania State University, Main Campus also participated in program training.

Skobel said before the Green Dot Program, prevention was focused on risk reduction that involved telling students, mainly women, to watch how much they drink and what they wear and to never walk alone at night. The new program teaches students to step in when they see a situation that may be harmful to another student. She called the program change “a cultural shift.”

“This is gender neutral,” she said. “It’s a paradigm shift. It’s not focusing on the victim anymore. It’s everyone’s responsibility.”