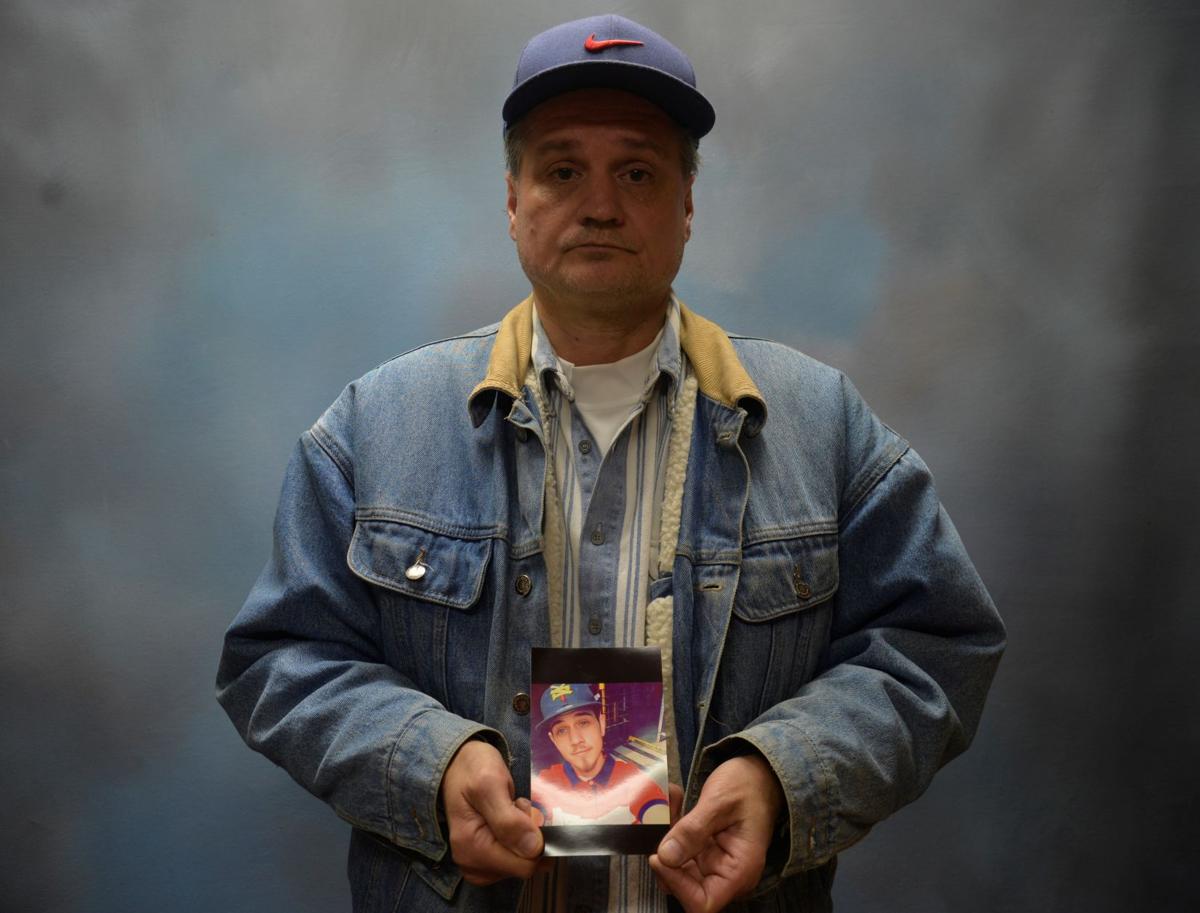 Greg Mandich Sr. of Vanderbilt holds a picture of his son, Corey Mandich, who died of an overdose Aug. 10 at age 25 in Vanderbilt. He is offering a reward for information about the person who sold his son a lethal dose of fentanyl. 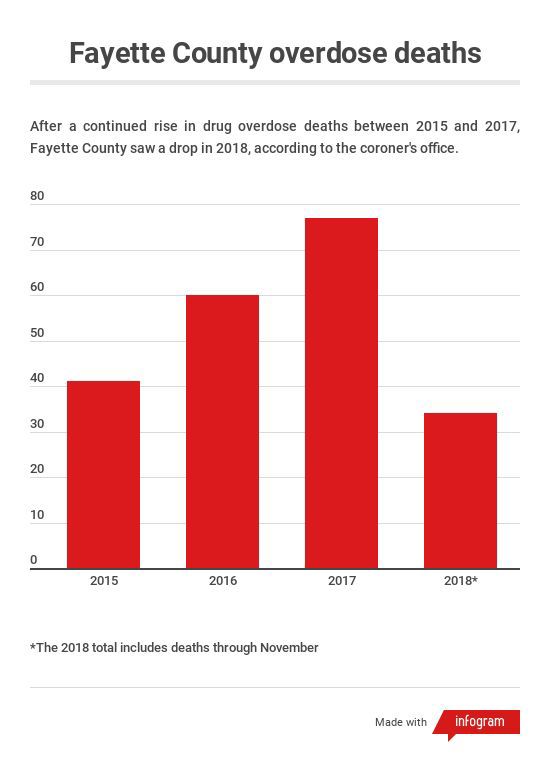 Greg Mandich Sr. of Vanderbilt holds a picture of his son, Corey Mandich, who died of an overdose Aug. 10 at age 25 in Vanderbilt. He is offering a reward for information about the person who sold his son a lethal dose of fentanyl.

Following a steep drop in overdose deaths last year, some families are still looking for answers.

Thirty-four people died from drug overdoses through November 2018, a sudden decline following steady annual increases, according to the Fayette County coroner’s office. One of those was Corey R. Mandich, who died Aug. 10 in Vanderbilt at age 25. His father, Greg Mandich Sr. of Vanderbilt is offering a reward for information on the person who sold his son a lethal pill. State police in Belle Vernon are investigating the case.

“I just want to try to make something good out of it, because I’m still here,” Mandich said.

His son took a pill sold as Oxycodone that contained fentanyl, he said. Of those who died from overdoses in 2018, about 79 percent, or 27 people, tested positive for fentanyl or acetyl fentanyl. That number surpassed heroin by 24 percentage points, or eight cases. Fentanyl is an opioid that is more potent than heroin and is often used to lace or replace heroin. Acetyl fentanyl is similar to fentanyl used medically.

The overdose death data for December is not yet available because the coroner’s office is awaiting toxicology results to make final determinations. Those tests can take several weeks to complete.

In 2017, 77 people died from a drug overdose in Fayette County. Overdose death rates increased steadily every year since at least 2012, when 14 overdoses were recorded in the county. In 2013, the rate more than doubled with 27 overdose deaths. Thirty-six people died from an overdose in 2014, 41 fatally overdosed in 2015, and 60 fatal overdoses were recorded in 2016.

The drop in overdose deaths was reflected throughout the region, including Greene and Washington counties. But while some authorities in neighboring counties attributed the decline to the prevalence of Narcan, an overdose-reversal drug, local authorities attributed it more to a change in drug habits.

That’s not to say that Narcan hasn’t made a difference in overdose calls to which local paramedics respond. Its accessibility has made a “substantial difference” in the number of total recorded overdoses, said Fayette EMS Chief Rick Adobato. Many are likely undocumented because people in the home may administer Narcan, and EMS or police are never called, he said.

Calls have decreased from an average of five or six a day to one or two a day, said Paramedic Jim Hammaker.

“Years ago, we would be shocked at the number (of overdoses) we have, but it’s eased up,” Adobato said.

Hammaker has observed an increase in people using crack, methamphetamines and K2, or synthetic marijuana, which are resistant to Narcan.

“They’re switching the drugs that they’re using,” Adobato said. “It’s a change in behavior. The novelty of heroin went away, and they went on to something else.”

Those drugs don’t cause respiratory failure like heroin, so it’s less likely EMS will be called for an overdose. Calls to 911 involving methamphetamine, K2 or crack are often for a person acting strangely. K2 can cause combative behavior, and some of those recent calls have become violent, said Hammaker.

Mandich said he never saw any signs his son abused hard drugs, even living in his home. He was shocked to learn his son overdosed. The only change he noticed in his son, he said, was “a sadness.”

“It seems the more you hear about it, it’s just that one time. That’s all it takes,” he said. “You don’t know what you’re getting. It’s scary, man.”

His fondest memories with his son involved hunting, fishing, and working on motorcycles or dirt bikes. He often found him in the garage working on dirt bikes, he said. The night before his death, Mandich said his son asked to borrow the car for a drive to Walmart to buy oil for his latest project. The next day, Mandich’s wife found Corey dead.

He said he understands cases like his son’s can be difficult to solve. He hopes his incentive will help police close the case. He received a large response on social media with an outpouring of sympathy, and several tips were sent to his inbox, he said.

“I hope something good comes out of this,” he said. “You can only try.”

With the region having been saturated last year with an opioid reversal drug, counties in this region made progress in reducing the number of heroin and fentanyl overdose deaths.