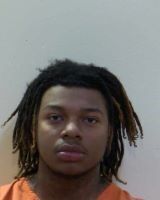 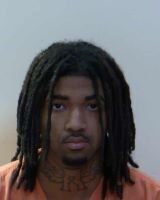 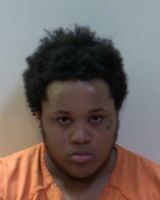 Micah Craig, 21, and Tyel Razul Young, 19, both of Charleroi, and Damari Lawson, 19, of Monessen, all face a felony of possession of a controlled substance with intent to deliver, and misdemeanors of receiving stolen property and possession of drug paraphernalia. Young faces an additional felony charge of prohibited possession of a firearm.

According to the criminal complaint, Charleroi police executed a search warrant May 5 at 522 Third St., the address listed on court records for Craig and Young.

Police said they discovered multiple plastic bags containing marijuana, including two one-pound bags. Police also found a wallet that had been reported stolen from a vehicle. Inside the wallet were photo IDs and credit cards that had also been reported stolen, the complaint states.

According to court records, there was also a .40-caliber firearm at the home.

Craig, Young and Lawson were present at the time of the search. According to the complaint, Young had an active warrant out of Fayette County for failure to appear.

District Judge Eric Porter arraigned all three Wednesday morning and sent them to the Washington County jail on $250,000 bond each.

They are scheduled to appear for a preliminary hearing at 9:15 a.m. June 2.