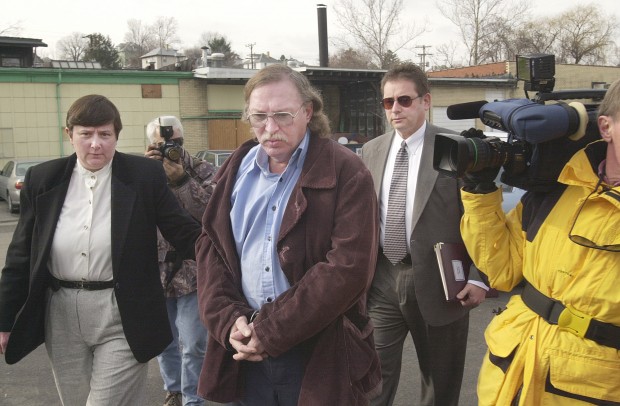 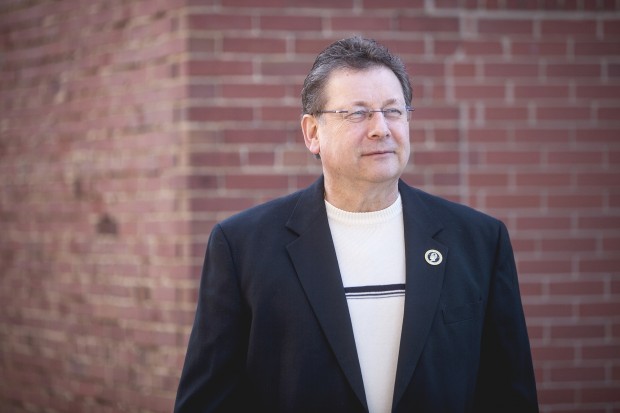 Retired Pennsylvania State Trooper Jerome Venick was a member of a small group of troopers selected to operate cold case investigative task force assembled by state police Troop B Capt. Frank Monaco. “It was apparent that in Troop B we had an extra amount of unsolved homicides,” Venick said. “It was our job to go over them.”

Retired Pennsylvania State Trooper Jerome Venick was a member of a small group of troopers selected to operate cold case investigative task force assembled by state police Troop B Capt. Frank Monaco. “It was apparent that in Troop B we had an extra amount of unsolved homicides,” Venick said. “It was our job to go over them.”

In the fall of 1978, retired state police Trooper Daniel Jerome Venick was a cadet in the police academy in Harrisburg, preparing for what would be a long career with the Pennsylvania state police.

Venick came home to Fayette County one weekend shortly after Halloween that year and picked up the Herald-Standard, where he read about a woman’s body being discovered in South Union Township near Hutchinson.

“I read it and thought, boy, if I was out now I could be working on this,” Venick said, as he and James Custer and Beverly Ashton, all retired state police investigators tasked with handling local cold case probes, recently gathered to discuss their years working on the cases. “Little did I know that decades later I would work on it and we would get a conviction.”

Evidence was collected, but DNA profiling was still years away.

When police found the bludgeoned body, a swab was taken from Covach’s vagina. That semen sample was preserved for more than two decades until Venick, along with other members of the then-newly formed Cold Case unit, submitted the sample to the state police crime laboratory for testing.

The DNA matched James Francis “Silky” Sullivan of Grindstone. He was charged with killing Covach in 2000 and was convicted two years later. He died in prison while serving a life sentence for Covach’s death.

“That case was a good one because it came full circle for me,” Venick said.

Venick, along with Ashton and Custer, were three of a small group of troopers selected to operate the cold case investigative task force, spearheaded by state police Troop B Capt. Frank Monaco. The unit specifically focused on solving homicides that had proven elusive to investigators.

“It was apparent that in Troop B we had an extra amount of unsolved homicides,” Venick said. “It was our job to go over them.”

Venick said that the group was tasked to work exclusively on cold case homicides by reviewing old, unsolved cases, resubmitting DNA evidence, conducting new interviews — whatever was necessary for each investigation.

There was no criteria established for when a case was determined to be “cold” and, often, police had a suspect but lacked the evidence to prove their case.

“Even though you know who did it, you still have to prove it,” Venick said.

Custer said that in any case, the first 48 hours are the most important for developing leads, finding evidence and identifying suspects.

“After that, they start to get hard to solve,” he said, noting that as time continues to slip away, the likelihood of solving a case continues to diminish.

Venick said that each investigator has a different approach and asks different questions in interviews and interrogations.

“You might even ask the same questions, in a different way,” he said.

Custer said that there is a huge difference between interviewing a person of interest and interrogating a suspect and said that sometimes, during his years with the cold case team, he used his instincts to determine how to handle such probes.

“Sometimes you just get that hunch and take like a leap of faith and go after them,” Custer said.

Custer said that another barrier for investigators is dealing with district attorneys.

He said that most district attorneys want the cases to “be locks,” where a conviction is all but assured.

Custer said he understands the perspective because if a case is tried and a suspect is not convicted, he cannot be retried for the same crime.

“The problem you have in prosecuting cases...is that if you go for it and lose, double jeopardy applies,” Ashton said.

One of the most difficult tasks for cold case investigators is tracking down family members and witnesses, sometimes decades after the crime.

“You have people in every case that just don’t want to be found,” Venick said.

Venick said investigators also engage in a delicate dance with the family of the victims.

He said that sometimes you tell them more and sometimes less, depending on the circumstances.

“You never want to tip your hand or get a family’s hopes up and then, for whatever reason, you can’t make an arrest. You wait to tell them until you are ready to make the arrest.”

Venick said he remembers giving information regarding arrests to families over the years, their reactions ranging from joy and tears to anger for the reopening of old wounds.

“Your heart, it just goes out to them,” he said.

Ashton, who reached the rank of corporal, said that another case that stands out amongst those delved into by the team was the beating death of a mentally challenged woman in the early 1990s.

Ashton said that the cold case investigators were able to solve the death of Helen Gillin by planting a wire on a family member who then confronted Gillin’s adoptive father, James Donald Gillin.

On the recording, Gillin told the family member that his adoptive daughter “needed to be eliminated.” Through that recording and other evidence, investigators were able to prove that James Gillin repeatedly stomped on Helen Gillin, and then burned her body for more than 12 hours in a fire pit outside the family’s home in Bear Rocks in Bullskin Township.

Police used a forensic team to find more than 2,000 bone fragments from an area near where James Gillin burned his daughter and where another family member had been instructed to get rid of the ashes from the burn pit following the killing.

“It does weigh on you. I can still hear him saying that he stomped on her and kept the fire going all night,” Custer said.

Ashton said that the unit, which operated for about 10 years before Trooper John Marshall was assigned to monitor and investigate cold cases a few years ago out of the Uniontown station, was groundbreaking because the Covach case was the first in the state to use DNA evidence through the CODIS system to identify a suspect.

Venick noted that the unit was also the first in the world to use deer DNA to nab a suspect.

Nearly a decade ago, police used deer DNA to link Lawrence Cseripko, 67, of Uniontown to the 1997 shooting death of hunter Paul Horvat in Menallen Township. Police used entrails from a deer at the scene of the shooting, and after building a database of DNA from deer in the region, compared it to deer meat they seized from Cseripko’s freezer after Horvat’s death.

A jury ultimately convicted Cseripko of first-degree murder in 2005, and he is serving a life sentence at the State Correctional Institution at Albion in Erie County.

All three veteran police officers noted that the cold cases they were able to solve were some of the most gratifying of their careers.

“There is a sense of satisfaction and accomplishment,” Venick said. “That relief for the family. They cry. And I’ve got tears in my eyes. If you are human, you are going to react...I enjoyed what I was doing. I didn’t want to write traffic tickets or investigate burglaries. I wanted to do homicides.”

Custer said he too enjoyed his time with the cold case group, noting that solving homicides was also his passion.

“It was the best 10 years I spent in the state police,” he said. “I loved doing it. I believe that homicide is the ultimate crime and love the challenge of solving that.”

Ashton said that in the end, it was about exacting some justice for those cases that might have fallen through the cracks.

“The whole reason you are doing it is to hold them accountable for what they’ve done and make sure they can’t do it again,” she said.