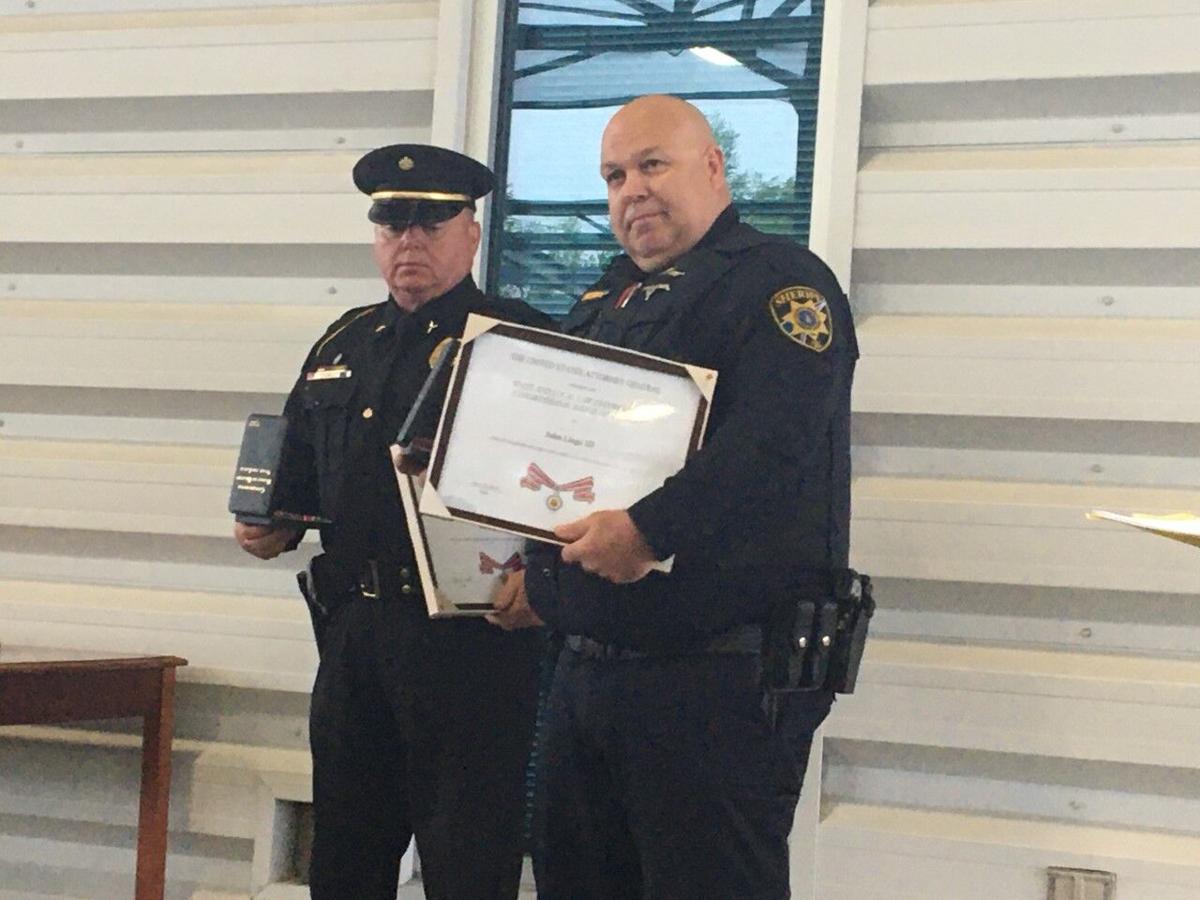 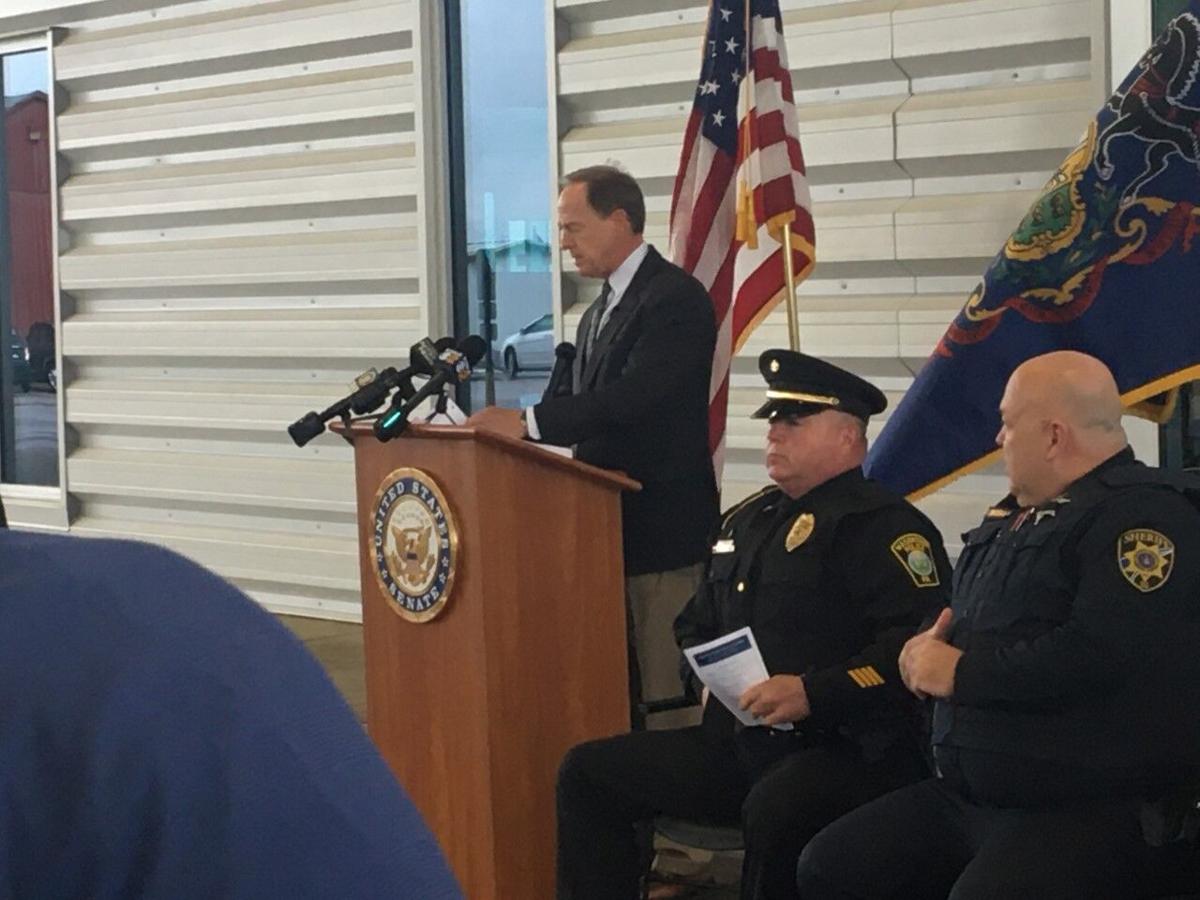 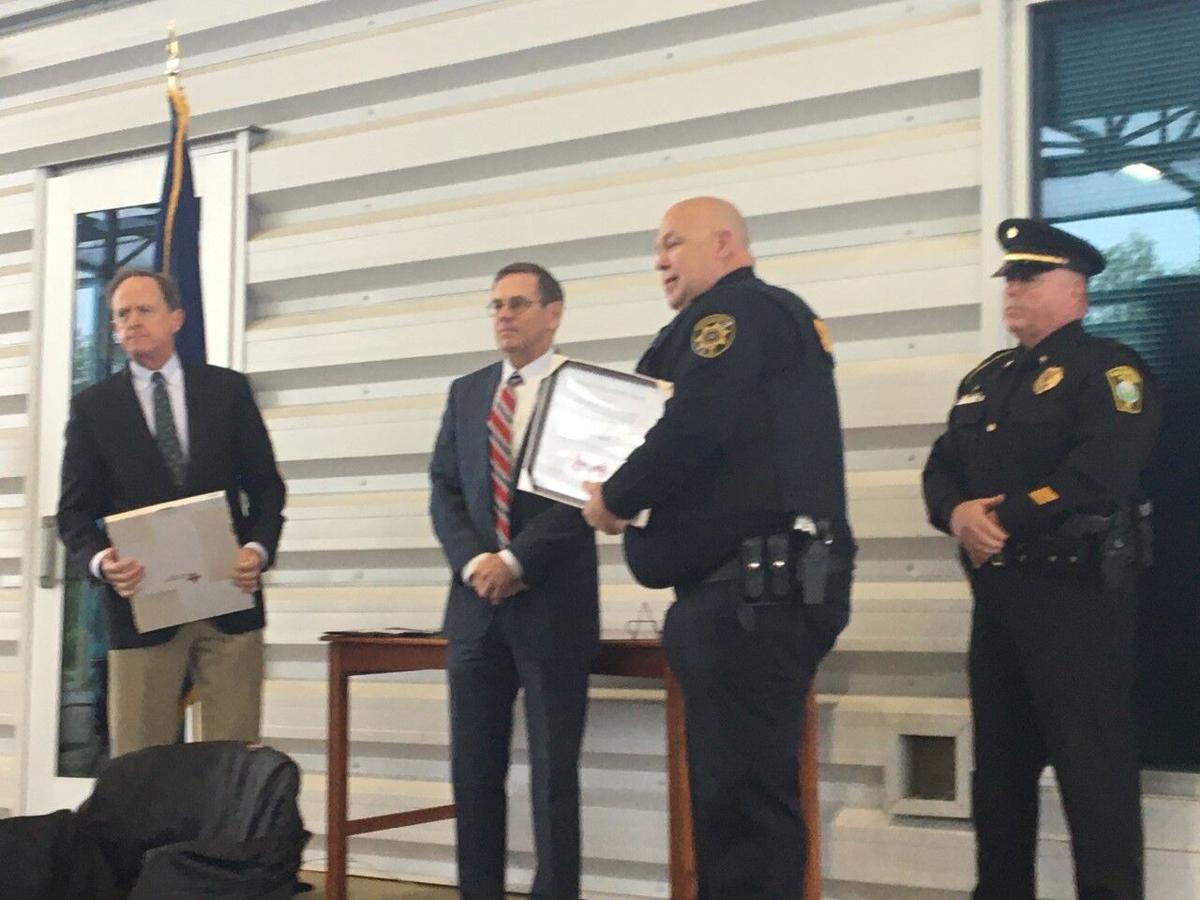 Two Fayette County police officers were among 18 officers across the country to receive the Congressional Badge of Bravery for their heroic acts during a 2018 shooting at a Masontown district magistrate’s office.

Each man played a major role in stopping an active shooter at Magisterial District Judge Daniel Shimshock’s office on Sept. 19, 2018, inside the Masontown Borough Complex.

During the shooting, Miller, then a sergeant with his department, drew his weapon to engage with the shooter and was shot in the hand. His actions slowed down the shooter’s advance, and Lingo fatally shot the man.

The only fatality was the active shooter.

Lingo deflected the praise for his actions, calling the real heroes of that day Shimshock and his staff. Lingo said they took children, men, women and defendants slated to appear in court into their offices and holding cell, barricading the doors to keep everyone safe.

“They didn’t have to do that,” Lingo said. “A lot of people don’t understand what they did. And they are the heroes in my book.”

He also said there were many other unsung heroes that day, like his fellow officer, Alexis Metros, who was with him in the district-court office when the shooting started. Metros protected those the courtroom while Lingo protected those in the hallway where the shooter was advancing.

Miller said he was honored and humbled to receive the award and has been blessed to work for and serve the citizens of Masontown Borough for the past 24 years.

“On that sunny day in September 2018, those fine people responded without hesitation or fear of injury to themselves when the shooting started,” Miller said of all the first responders who could have been injured or killed. “I accept this on behalf of all of you who were there that day.”

U.S. Sen. Pat Toomey said the actions the men took “saved lives, and their story reminds us of the dangers police officers face every day.”

Toomey said the Congressional Badge of Bravery was created in 2008 to recognize police officers who perform an act of bravery that places an officer at risk for serious physical injury or death.

“And, by this criteria, it’s no doubt that Chief Miller and Cpl. Lingo earned this honor,” Toomey said.

Citing national media reports that portray some officers as dishonest, Toomey said, “I know for a fact that the vast majority of police across Pennsylvania and county are good, decent, honorable men and women who want to serve their communities.”

Joining Toomey to present the honor was Acting U.S. Attorney for the Western District of Pennsylvania Stephen Kaufman, who said police officers often have to deal with difficulties, tragedies and unpredictable circumstances as part of their job.

“It takes a special kind of bravery and commitment to do that job day after day, and Chief Miller and Cpl. Lingo absolutely embody the type of officer that serve our nation and commonwealth in that manner,” Kaufman said, also recognizing the families of law enforcement officers and the burdens they face.

U.S. Rep. Guy Reschenthaler was not present at the ceremony, but his district chief of staff, Nate Nevala, spoke on his behalf.

“Keeping the community safe comes at a high price,” Nevala said. “Any man or woman who puts on the uniform is a hero in their own right.”

Nevala said those who choose to stand against law and order do a disservice to brave officers like Miller and Lingo.

“Without the dedication the two men showed in Masontown on that day, it would have undoubtedly ended up in a much more tragic outcome,” Nevala said.